Speaking of the next show…

For Christmas 2021, I got tickets to a concert. Two of them. To The Arkells. The last time I saw The Arkells, they were opening for The Tragically Hip in Red Deer. That was the first time I witnessed the power of the Hamilton-based band. So when I got these for Christmas, I was pretty excited.

Then the concert was delayed. Y’know, that COVID thing. It was rescheduled twice, eventually landing in the new Arkells tour (from Blink Once to Blink Twice).

As you might expect, I took my concert buddy, Jeremy.

Although I chat with him nearly daily, I hadn’t actually seen Jeremy since the Heart/Styx concert a couple of weeks ago. (Prior to that, it had been my birthday. I don’t see him much.) Because he doesn’t get out much, we decided to make an evening of it, starting at Major Tom.

Opening a few years ago – and somehow surviving COVID – Major Tom is a fantastic cocktail bar/restaurant on the 40th floor of the Scotiabank building downtown. It’s not a panoramic view – there’s a lot of other buildings in the way – but it’s still pretty nice, and at the right time of the year, you can actually see the sun set. 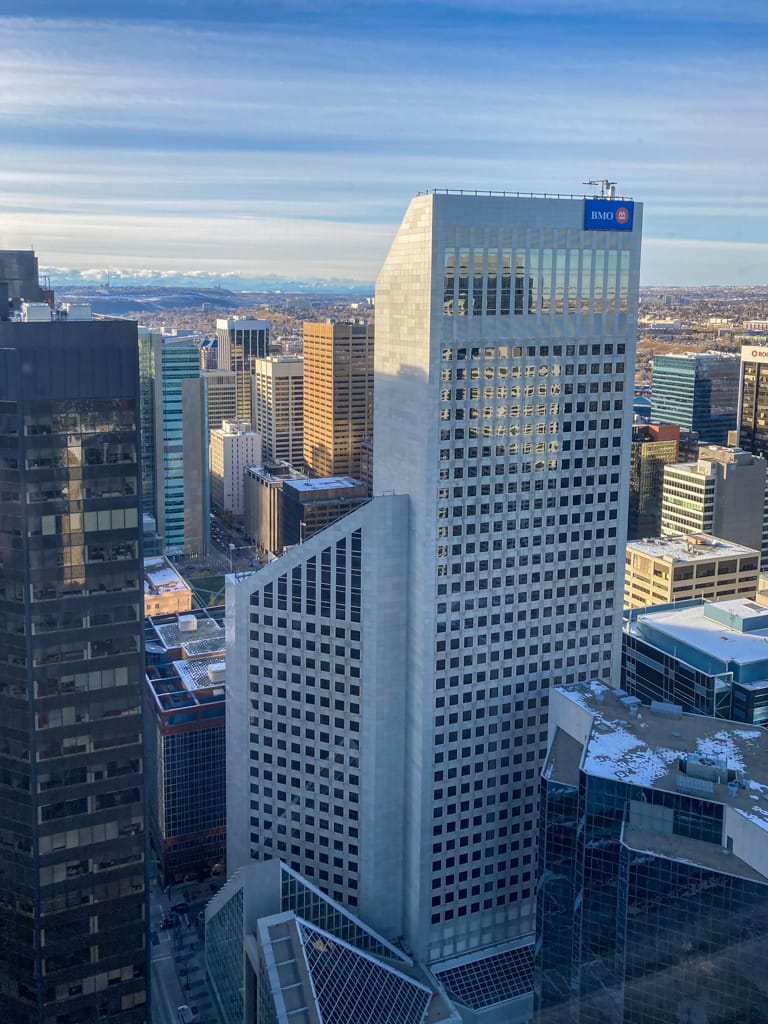 I first went to Major Tom only a couple of days ago, meeting with my friend (and former colleague) Caroline, ostensibly to determine if a position at her company was any good to apply to, but largely because she’s a hoot and you never lose track of the good ones. And the introduction to Major Tom was so good, I couldn’t help but suggest it as an option.

Now, this isn’t a cheap place, to be sure. Views aside, the bar here knows how to make simply epic cocktails (some of them over $50), and even the otherwise mundane Old Fashioned is simply gorgeous. Even Jeremy – who has a far finer palate than me, spoke rather well of the establishment.

Oh, and the potato doughnuts. Good gods, those things are lethal. 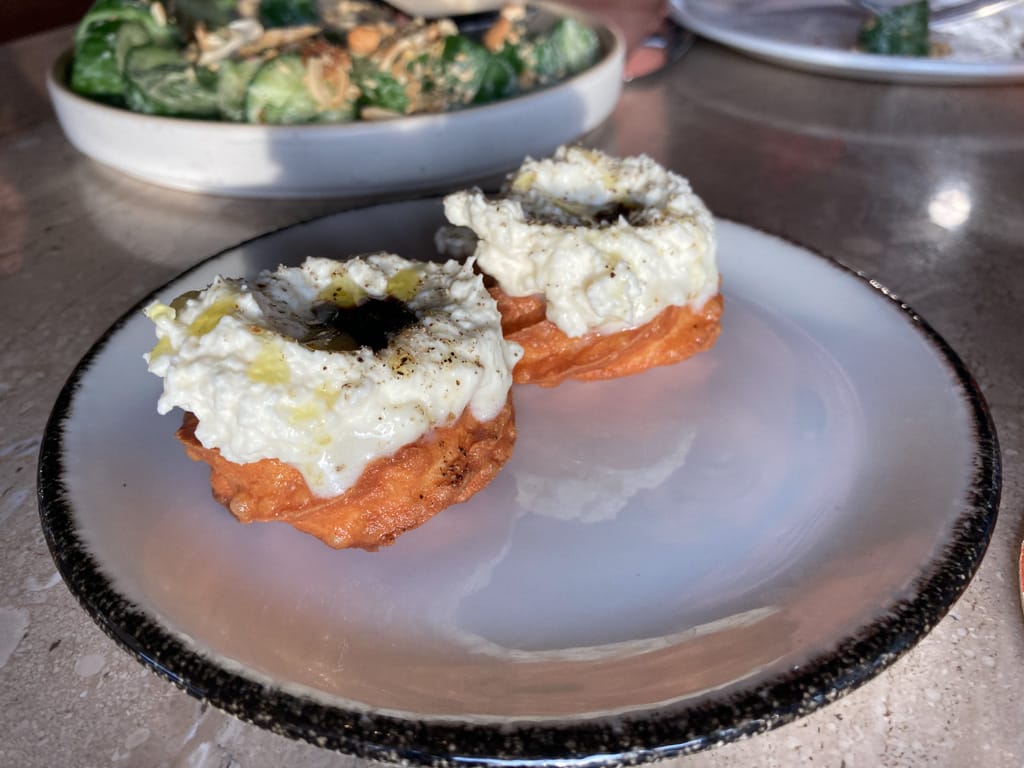 I think the last time I was at the Saddledome for a concert was with Jeremy, for Tom Fogerty’s 1969 tour, which was decidedly brilliant. We each snagged a beer on the way in and wound our way down to our seats, from row, but towards the rear of the arena. I suspect this was because, if nothing else, the people who bought the tickets don’t like being at the front, like I do.

The opening band was a group called Valley, whom I’d never heard of before, but exuded much of the same energy I remember from the Arkells back when they opened for The Hip. They had a few interesting songs, some I might follow up on, definitely a band to watch for.

In between Valley and the Arkells, I felt a tap on my shoulder. Being at the front of a (near empty) row, at the bottom of a staircase, and near the entrance to the standing room-only floor, we’d had a few people come through. But when I stepped away to let whomever it was pass, I turned to see it was Danielle, one of my current coworkers. She and Dylan – another coworker – were there with their significant others three rows back. My loud shirt – something I’m know for wearing – had outed me.

The Arkells were exactly what I expected – tuned, tight, and energetic, bounding out with songs across their entire catalogue. Yes, it’s a tour for Blink Twice, but that’s no reason to not pull out Oh, The Boss Is Coming!, Whistleblower, Leather Jacket, or even The Ballad of Hugo Chavez. Of course, the new hits, including Dance With You and Teenage Tears came out as well. 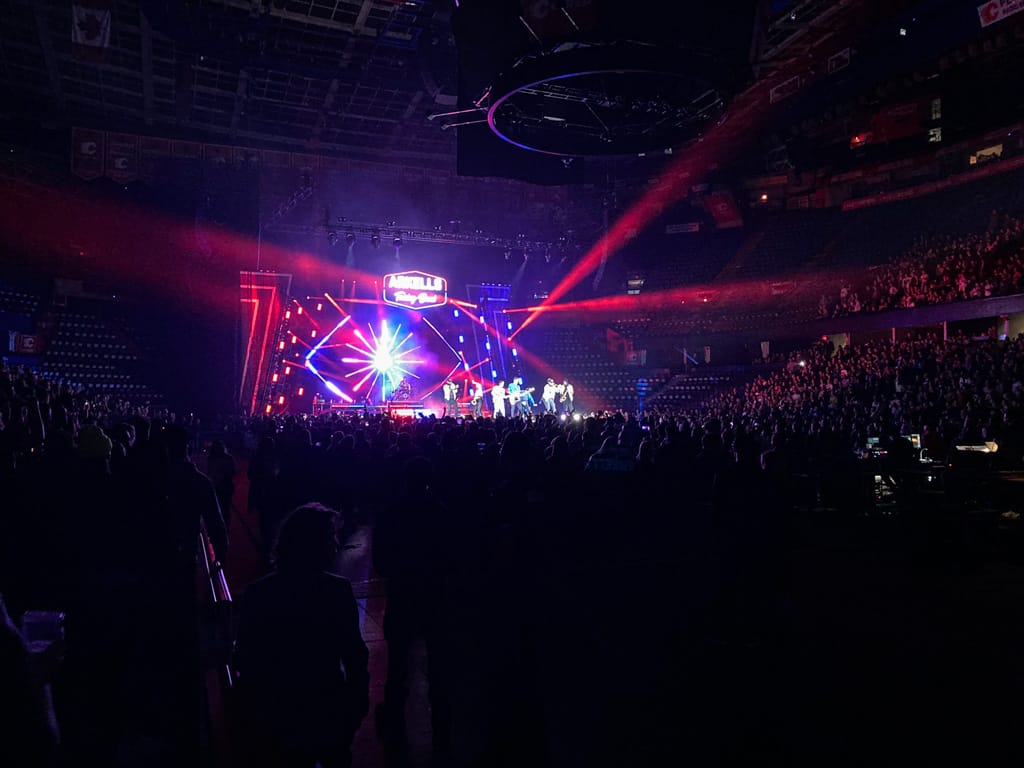 The Arkells are an audience band. They live for them. Sure, playing in a larger venue makes that difficult (Max, the lead singer, recalled several of the places they’ve played over the years, including The Drum and Monkey, which Jeremy and I could only imagine how great a concert that must have been), but they go to lengths to interact, including bringing up about 30 people who all dressed as Waldo. Later on, during My Heart’s Always Yours, Max walked from the stage to the opposite end of the floor, hopped up on the boards, called out to the audience, then walked across near us and did the same, before returning to the stage. 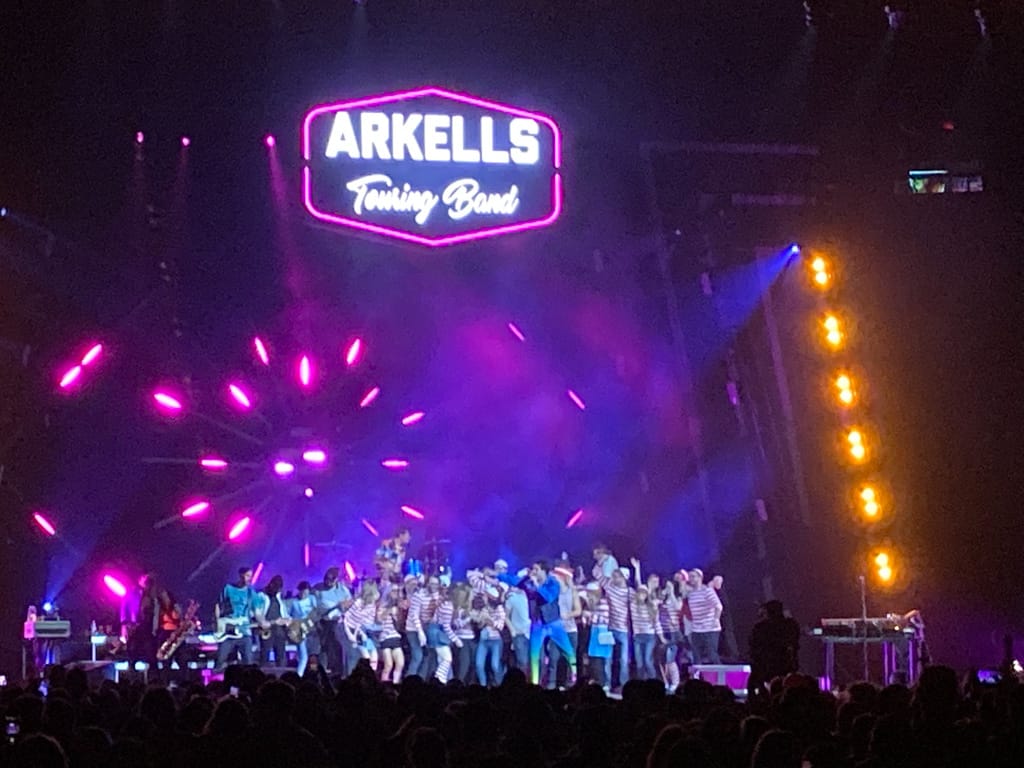 Risk? None. All people wanted was a high-five, which he readily gave out. 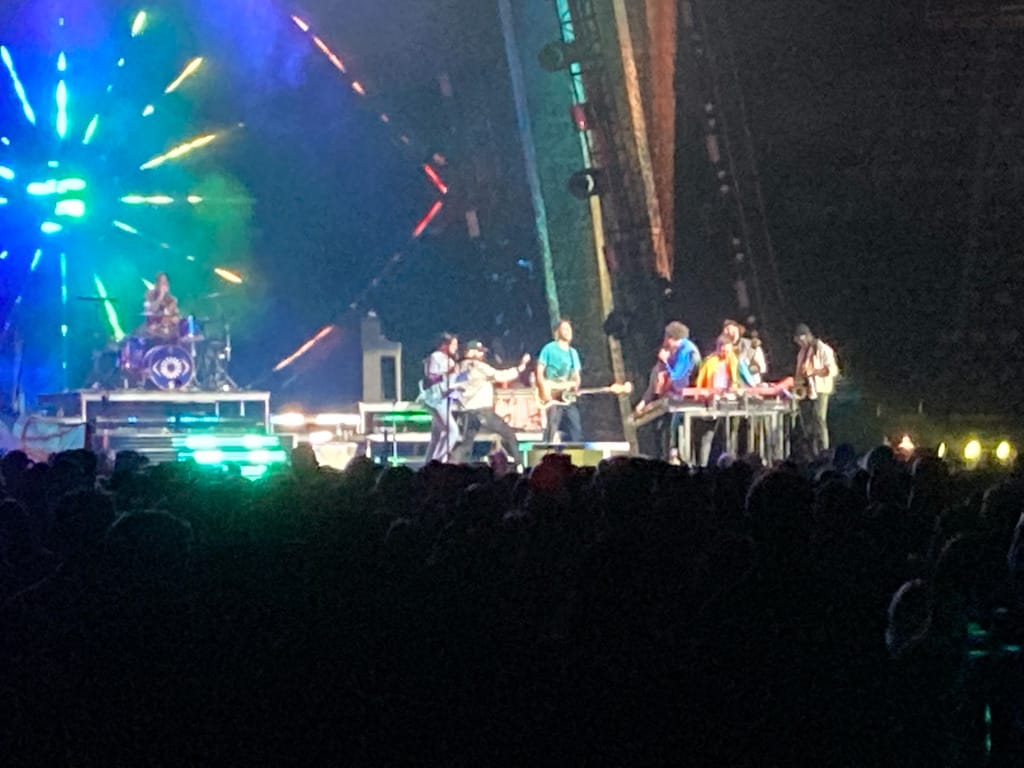 Knocking At The Door is a personal favourite of mine, mostly because I love the horns. The Arkells Touring Band, as they call it, includes a four-piece horn section that is perfect for that song. And they did the song brilliantly.

The encore included one more song that I (and I suspect many others) didn’t expect. When the track first started, it sounded vaguely like the intro to Metallica’s Ride The Lightning. But then there was a very distinctive flute-like bit that I knew from only one place: ABBA.

Little did I know that The Arkell’s had covered Gimme! Gimme! Gimme! (A Man After Midnight). Nor did I expect a comparatively young audience (Jeremy and I remarked this on a few occasions) to not only clearly love the song (hands up and all), but sing it loud and clear.

Suddenly, I didn’t feel quite so old. I think that’s the power of music – it keeps you young through both memory and through reinvention. And that’s also the power of live music, because you can only listen to the album so many times.