Okay, to be fair, Monkey is now 10, and Choo Choo is rapidly approaching 8. They’ve seen "new years eve" a few times, but they’ve been more the family-friendly type. Staying up to midnight is the new thing. The only time they’ve ever been up past midnight is because of travel, and that’s always been a bit of a struggle.

Last night, for the first time ever, they watched a clock tick from 23:59 of one year to 00:00 of another. Honestly, they fared better than I did.

And that, my friends, is not a good sign.

Alex was working, so it was just the three of us. An "extreme cold" weather warning was on its third or fourth day (honestly, I’d lost track), where the ambient temperature was in the mid-minus-20s, before you tacked on the wind chill. The City of Calgary wisely cancelled their outdoor events, as did a number of other cities across Canada (including Ottawa’s somewhat-gut-punch cancellation of a final 150th event).

Although the City still had their family indoor event (with a "ball drop" at 9pm), I didn’t feel like fighting the kids out the door, very bundled up, to wait for a C-Train downtown, to be too warm with too many other people (and likely way past the fire department’s safety limit), to cheer, and then come home again. So we ordered pizza and watched movies.

At 21:50, I went to the internet and pulled up the live video feed of Times Square as they approached midnight EST. Without the glorious commentary of the various American broadcasters (NBC’s feed on YouTube was just the video), the event was pretty bland. Even Monkey had to ask:

Wait. This is what people get all excited about? Just to go "woo hoo"? This is stupid.

For years, I’d kinda wondered the same thing, silently. I mean, there’s a small part of me that would like to see Times Square at New Years for myself, just once, solely for the spectacle. But if NBC’s unaided feed was indicative of what it’s really like ... maybe I’ll just watch at a distance and be happy with that.

And, really, Monkey is right. We celebrate for what, exactly? Surviving the year? We roll a calendar just as winter has begun (at least in the northern hemisphere; I think those south of the equator have it way better, here), and still have months of freezing winds and ice to suffer through. And at the end of it, all we’ve really done is give us a few weeks of cursing ourselves for selecting "2017" from drop-down lists.

None of the stupidity of 2017 has gone away. It’s still there, and will continue to still be there. It’s like having Biff Tanner banging us in the forehead, shouting "Hey! McFly!". We still have to suffer through that.

My resolution? As much as I suffer not having close contact with most of my friends, I think one of the things I must do this year is limit, or at least filter my social media. There’s too much negativity, and no matter how much I try to let it roll off, the stink remains and ultimately weighs me down. I find it no end of ironic that while my Insights review says I’m not empathetic, the bullshit of the world eats away at my soul.

But, as the saying goes, one day at a time. I spend too much worrying about my future, rather than the things I do today that will make that future unfold. So let’s focus on today, and let tomorrow come as it must.

Which is what we did today: New Years Tea, which we’ve managed to avoid on New Years Day for a few years, largely due to Alex’s work schedule, and an apparent misunderstanding about Fairmont Palliser; until this year’s instance, we didn’t think the Palliser did afternoon tea at all. It’s no Banff Springs, and I really did want to do Chateau Lake Louise this year, but at least it’s New Years Day, which is the day I prefer to do this, not a couple of days before or after. 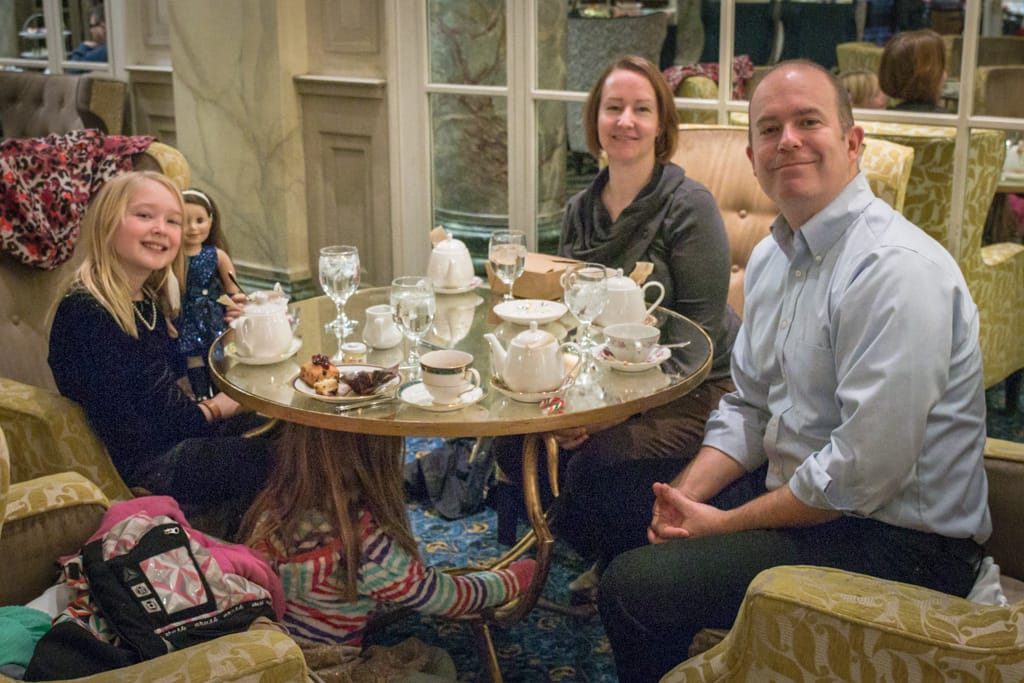 What will tomorrow bring? I can guess, but that would be negative. Rather, I’ll just deal with it ... tomorrow. Today, I write. Because that’s what I need to do to prepare my future.