I know what you’re thinking: Red Deer? Music? Honestly, what on Earth are you thinking, Geoff? You haven’t exactly had the most ... inspiring of times in Red Deer. Okay, I admit, I’ve not got the best stories of this, our third largest city in Alberta, but it’s far from the armpit of Alberta. And I had good reason, y’know!

Back in July, during the Calgary Stampede, The Tragically Hip played the Calgary Roundup, the outdoor concert of the year. I had wanted to go, but I totally messed up where the tickets were sold (stupid me, I thought it was Ticketmaster), and by the time I’d realised it ... it was too late. Sold out, and I was out of luck.

This is what brought me to Red Deer.

I’ve been listening to the Tragically Hip since their Road Apples album, back in my last year(s) of high school. I was immediately hooked, and remained that way ever since. The only thing I hadn’t done is gone to a lot of their concerts. There was usually a reason, I assure you. My own idiocy aside, it was either bad timing (I wasn’t around/available), or was without someone to go with (while I may see a movie solo, a concert is an entirely different matter).

So when the Hip announced Red Deer, I was quick to jump on getting tickets, this being the closest the Hip would come to Calgary this go around. Even with a presale code, the best I could do was 10th row on the floor (which, as it turns out, was still pretty darned good). My accomplice was a fellow former-Ontarioan, Scott — one of a few hundred Scotts that I seem to know.

We left Calgary shortly before 15:00 for our just-over-an-hour jaunt north. (Alex and the kids had left nearly 90 minutes earlier for their trip to Alberta Beach — we meet up tomorrow in Edmonton. More on that in a moment...) The worst problem we had beyond some less-than-savoury other drivers was some fog that reduced visibility to about 200 metres or so. Once we were past Olds, it seemed to clear up.

We arrived in Red Deer just after 16:00, and ran a couple of errands before holing up at the Toad and Turtle for a couple of hours of beer, nachos, and random conversation about ... well, pretty much what you’d expect from a pair of geek programmer fathers who don’t get out enough. (If you are one, you’re nodding in agreement. If you’re not one, you probably don’t really want to know.)

Westerner Park (an oddly named place, IMO) lay a mere click away, and we quickly found a place to park the car. We were soon accosted by another concert-goer — originally from Hamilton — who swore he was going to start a chant so the Hip would play Wheat Kings. He was rather pleased to hear that both Scott and I originally hail from Ontario.

The concert venue is the two-tiered arena, primarily for the Red Deer Rebels, the local CHL team. So, as you can imagine, it’s not a big place. Which was completely fine with me. And so we waited for the opening act, to start at 20:00.

Opening was a band called The Arkells, out of Hamilton. Until the concert had been announced, I hadn’t heard of the Arkells. The announcement, of course, drove both Scott and I to check out their music. Within 10 minutes, I’d bought both of their albums and put them onto heavy rotation. This was not for any form of preparation, this was solely because the albums were that good. I cannot think, in my musical history, of any band that has turned out albums so strong that I’m compelled to buy and listen constantly for nearly two weeks. Several of their songs are still on my frequently-listened playlists. (Side note: I swear some of their songs must be written for people who work in marketing...)

Live? I was pretty much floored. Not only did the Arkells come out with a bang, they refused to let up. They got everyone on their feet, and they got the entire audience going. In terms of what an opening act should do, they did it far better than any opening act I’ve ever seen. It’s just a shame that their set was so short. I pray that they come to Calgary in the near future as a solo act, or with an opening act of their own. 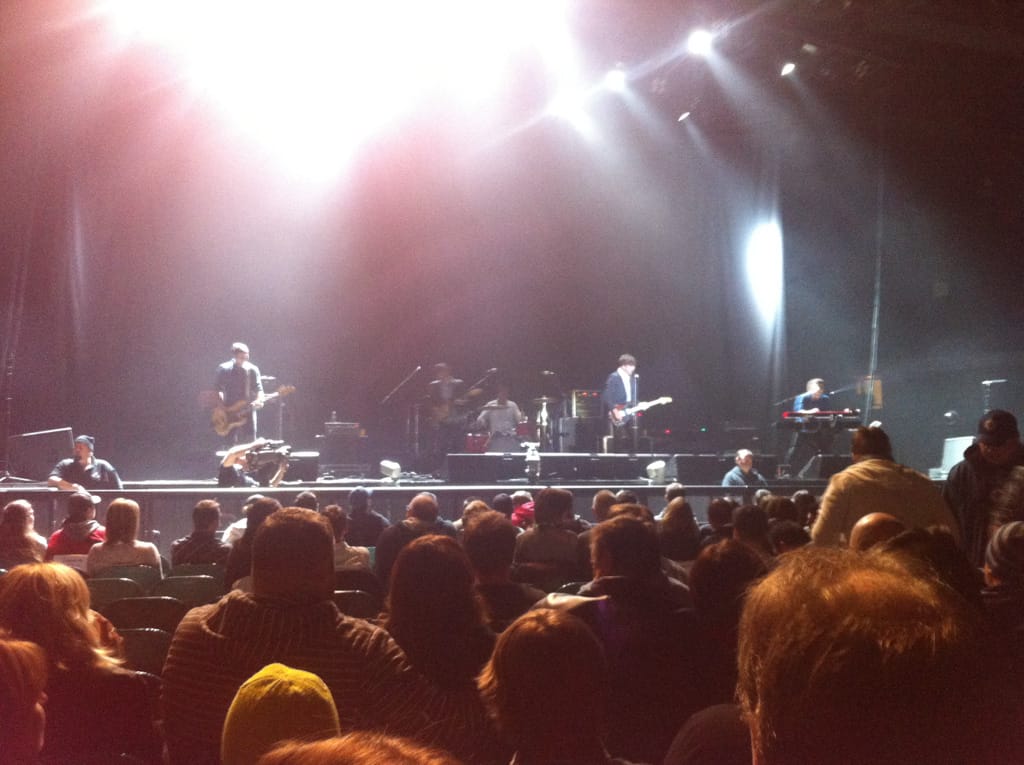 The intermission was short, filled with roadies racing across the stage to clean off the Arkell’s equipment, and make sure the Hip’s equipment was good to go. Shortly before 21:00, some fifteen and a half years since the last time I’d seen them, the Tragically Hip took stage to a roar. And they kept roaring for two-odd hours.

It was sort of like listening to my own Tragically Hip playlist, which is a kind of "best of". But live and loud, complete with Gord Downie’s interjections and rants, for which he is famous (though none as legendary as the Killer Whale Tank, or of July’s Roundup concert, which should approach the same level of epicness, if you ask me). 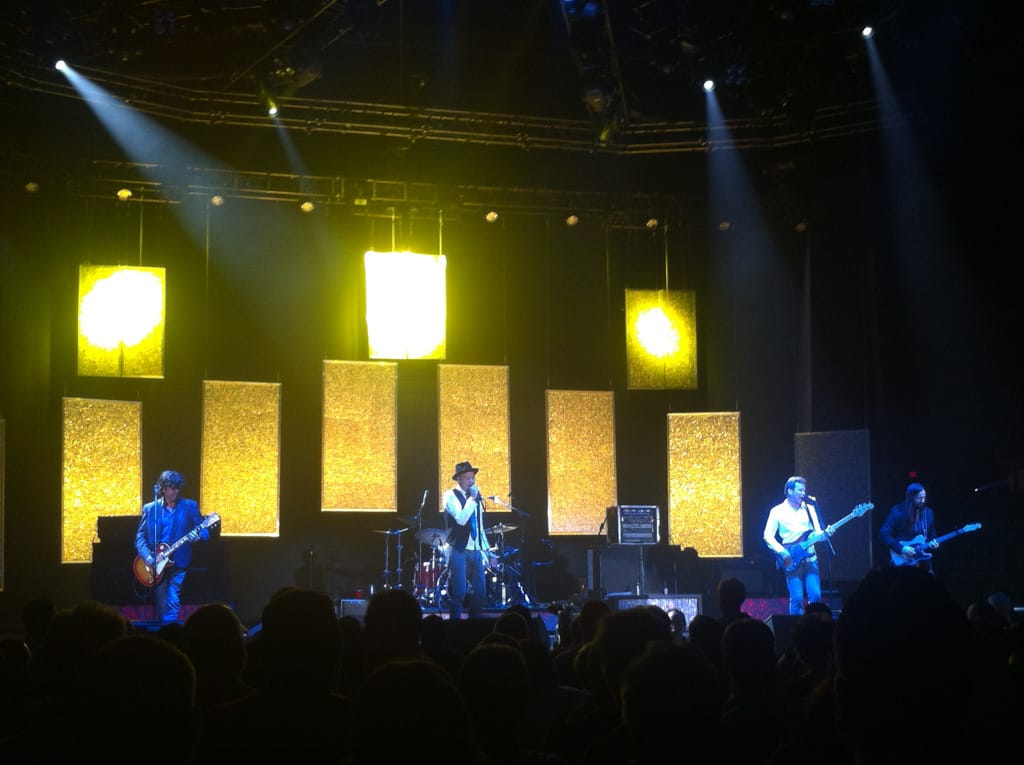 The encore was five songs, including Wheat Kings. I could hear the audience over the band. We were in the 10th row.

Following the concert, Scott dropped me off where I now am, at the Denny’s on Gaetz, before he headed back to Calgary. Why am I still here? Well, remember how I said I’m meeting Alex and the kids in Edmonton? Well, I have to get there. Right now, they’re in Alberta Beach (google it, folks) visiting a friend. In a little over two hours, with luck, I’ll be boarding a Greyhound bus for Edmonton, arriving at 6:00.

This is what’s led me to sitting in a back booth at the Denny’s, using their wifi, to ... um ... well, kill time. Then I can walk (yes, walk) to the Greyhound station, and try get a couple of hours sleep before arriving in Edmonton, for a short vacation and some fun.

But for now, I’ve got the Hip and the Arkells on repeat in my head. ‘Cuz they’re a lot better than listening to some of the shmucks in this place...