So here we are on Day Whatever-I’ve-Stopped-Counting, and we’re still going. As you may imagine, I’m a tad stressed. Things just seem to ... keep not going the way I want them to go. (Notably in the fact that what should take very short periods of time — in my mind — goes undone for days.)

Today just added more salt to the wound, with things that didn’t necessarily go wrong so much as things that went unexpected. I like surprises, don’t get me wrong, but there’s a world of difference between people leaping out from behind a couch, and having your hopes dashed by a change.

It would be nice for this to all be over...

We had a minor invasion today to try finish things off. Cabinet doors are nearly all in place, now — the corner unit assembled, but door missing — and the glass doors for one cabinet are still MIA. Some of the finishing seems to be done, with edges cleaned up and baseboards in place. 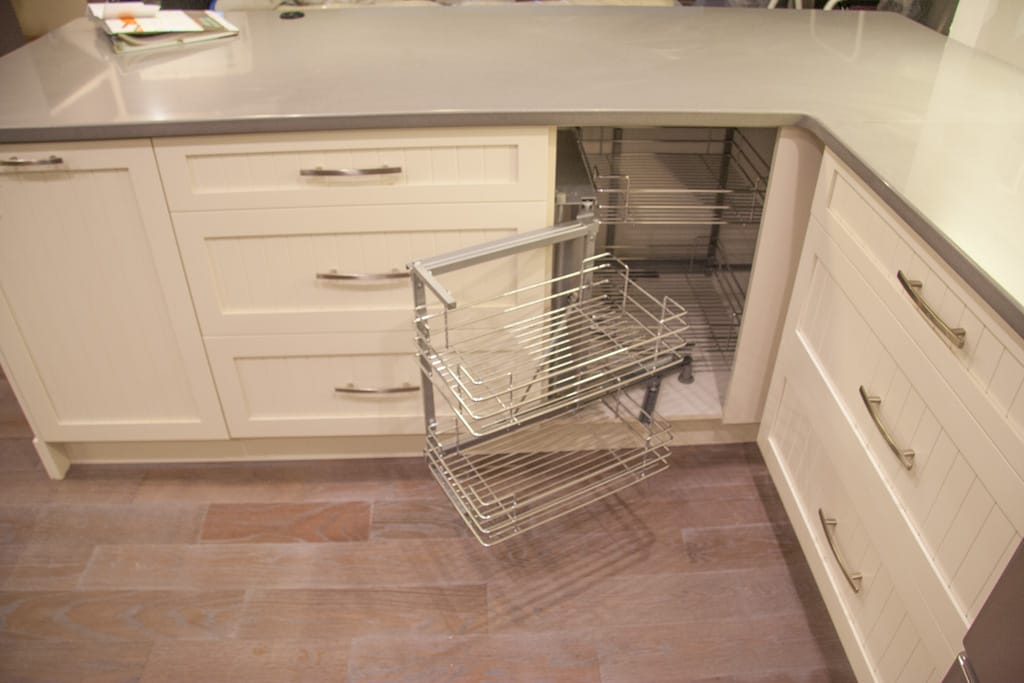 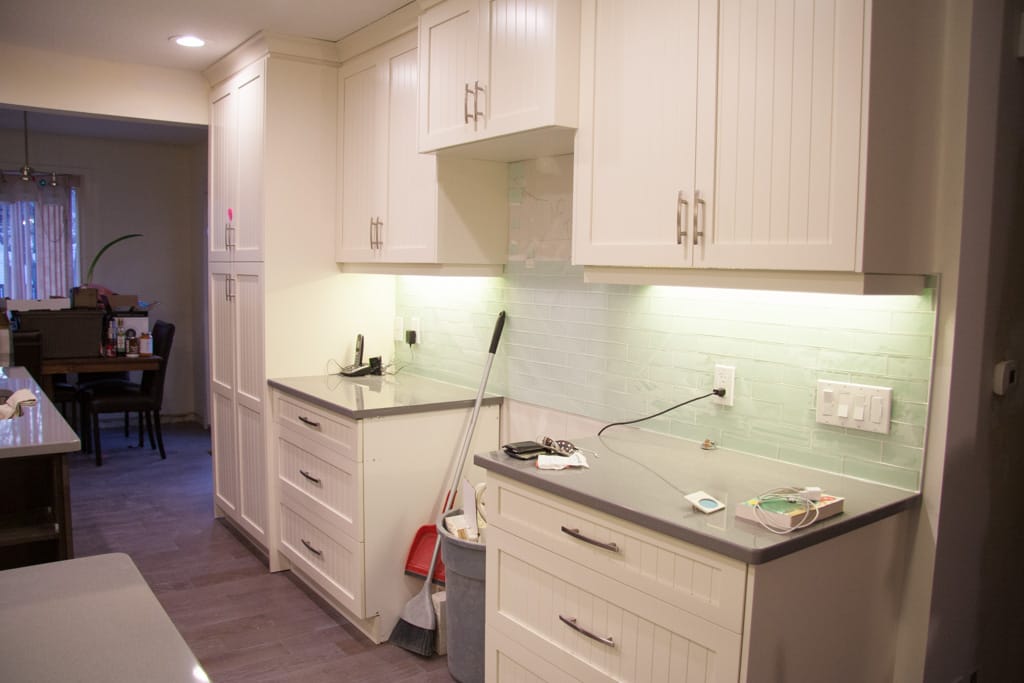 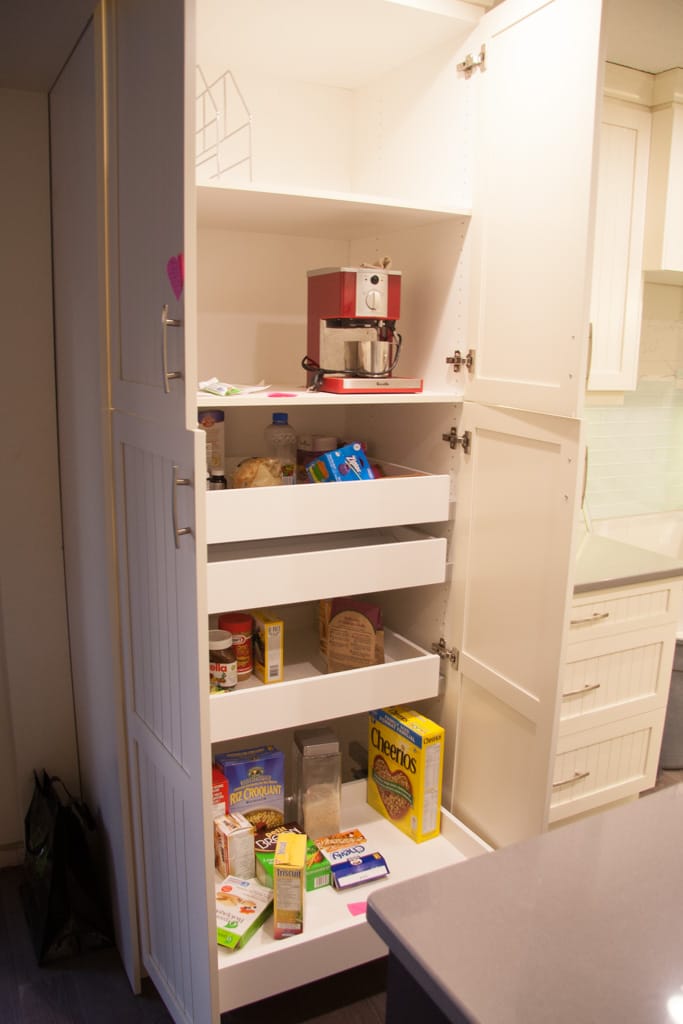 One wall is still unfinished, which is an issue that still needs to be resolved. No-one — including us — have had a conversation about it, and we’re not sure what we’re going to do about it. We gotta do something — it’s just taped drywall with pencil marks all over it.

The electrician came and fixed the downstairs lights (new switch, thankfully, was all that was needed), finished hooking up the undercabinet lighting, and got all the switches installed into the kitchen. It was almost nice to see that done, except that the potlight dimmer switch is defective, and the GFI socket in the island has come loose. The phone line in the kitchen is still not hooked up, and the vacuum still sits on the floor.

The plumber arrived to finish installing the dishwasher, and installed two toilets and our ensuite pedestal. This is where most of the stress has come from today. For, you see, it started with different toilets. We’d originally wanted American Standard. They were cheap, and they work. Our contractor talked us up to Toto. We like Toto — Alex’s dad has them and they work fantastically. They’re not cheap, though. But given the fairly small difference in cost, it seemed reasonable. So we were prepared to go for it.

Today? Kohler Sterling Karsten. Without any warning that there was going to be a difference. The reasoning was simple: lower cost, and the colours would match. But given how much talking up we’d been getting, this was beyond a mere "better way", this was just outright frustrating. It’s a little thing, I know, but it’s just another in a long line of "just freaking tell us before you do it, okay?" situations. 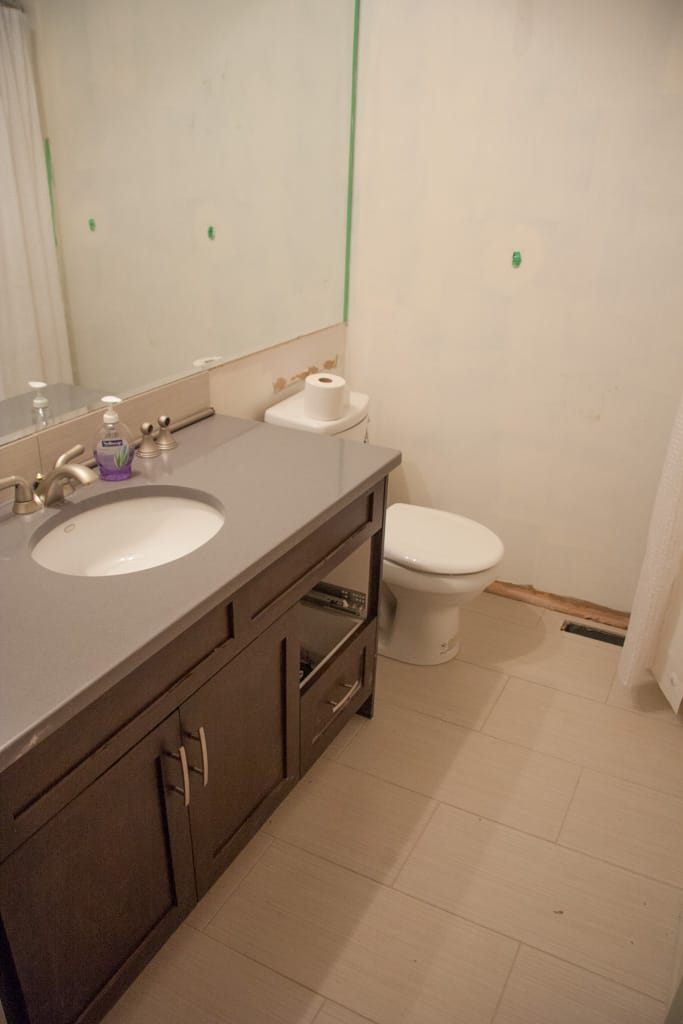 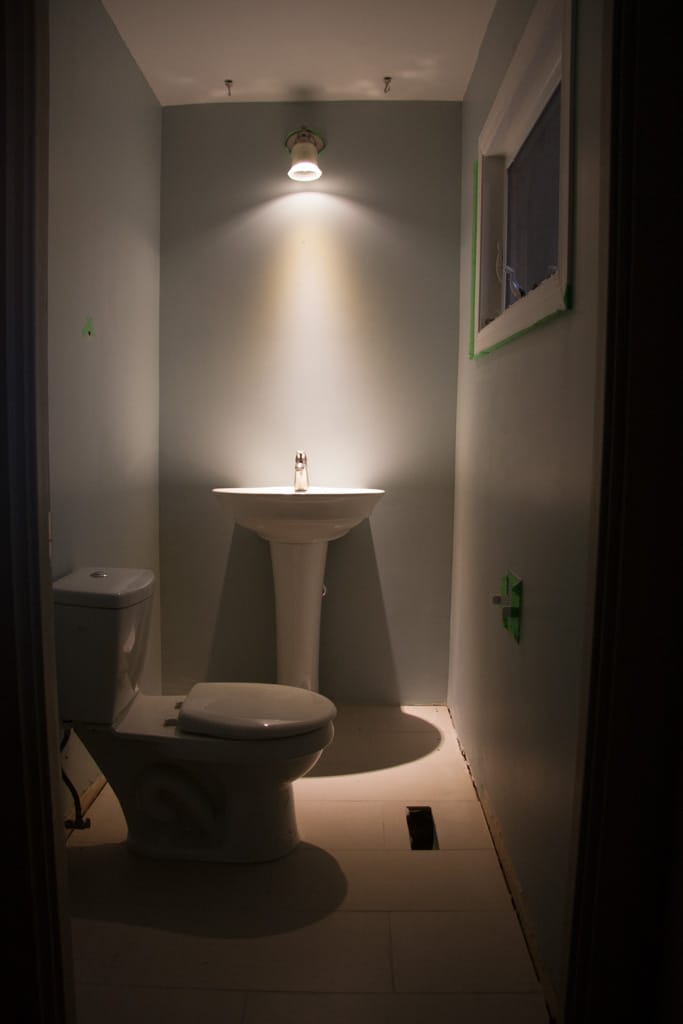 (Incidentally, we’re not the only ones this happens to. Most of the contractors who work on the job complained about the same thing.)

And then, almost as a coup de grace, someone broke the dishwasher. I don’t know who, and I don’t know when, but when I last used the dishwasher, it worked. Today? Leaked all over the place, and the damn thing won’t actually start running — the motor whines like it’s trying to wash dishes, but nothing happens. I’m praying we can get it merely repaired — replacement is not something I care to think about right now.

Doors are still off on our bedroom, and the two bathrooms. So although it’s very handy that we now have toilets upstairs again ... there’s a certain lack of privacy.

The floors are still unfinished, although the floor tiling is done. The wall tiles were done and grouted yesterday, but still have a layer of grout all over them that is due to be cleaned.

Cleaning is another matter. We’re still living, as Alex best described, a warzone. Things are still a mess. Our kitchen table is fully covered in things we’d taken to the temporary house and brought back (all our other kitchen things are in the basement on the floor). The bathtub is coated in a brownish-red filth. The floors are mucky. There’s still dust on everything.

So, I’m tired. Really. I want it over. I want our lives to get back to some normalcy again, and soon. We need it. All of us. Kate’s still in Megan’s room; Kate’s room is storage.

Can I get off this ride now, please?