I’d like to say the end is in sight. I really would. But I’m still struggling with little things that just aren’t getting done. The "finisher" has been MIA for over a week now (I keep expecting Mr. Wolfe to show up at my door), which would help get the cabinets get past the "merely installed" state. The lights are in, but the basement lights are still out for some inexplicable reasons. The wood flooring still isn’t all done. Doors were supposed to be hung Saturday, and only now our contractor’s realised that they’re odd sizes and it’s not that easy...

We had some big moves forward today, which help bring the kitchen closer to functional. First, lighting. The kitchen’s been wired for lights, but none were actually installed until today. In fact, beyond the bedrooms, there were no functioning lights at all — getting through the kitchen was nigh impossible due to the darkness. 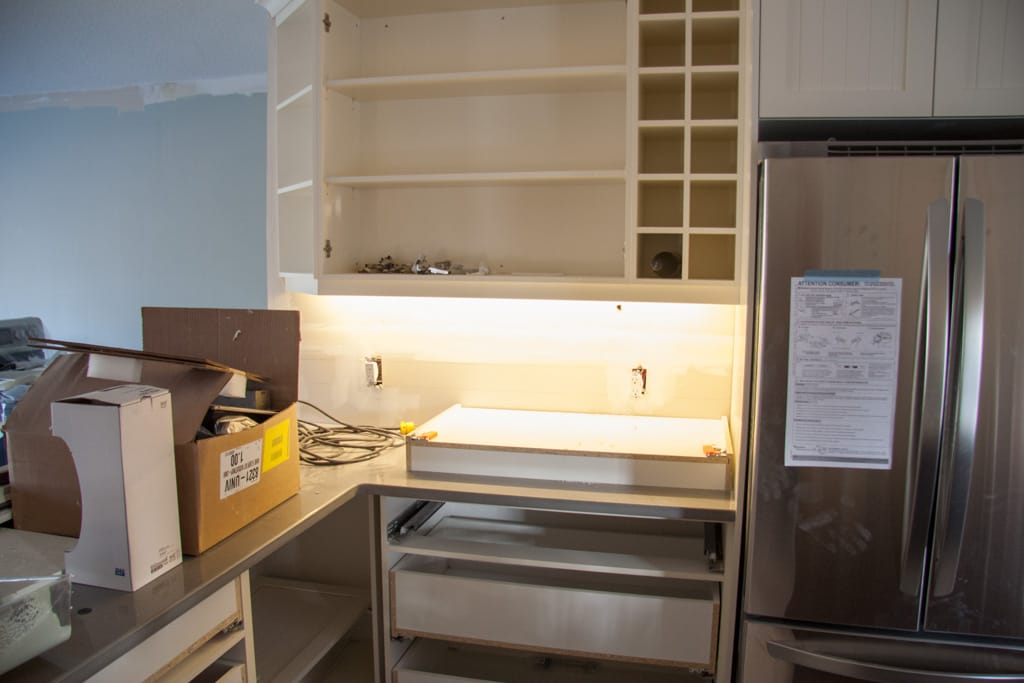 The only "downside" of the lights is that they’re really, really bright. And somehow, despite it being said more than a few times, they’re not on dimmer switches — though that will be changing on Wednesday (when the electrician comes back). Once all that happens, I’m sure the lighting in the kitchen will be fantastic ... and once we find pendant lights that we like. (Yes, that battle is still ongoing.) 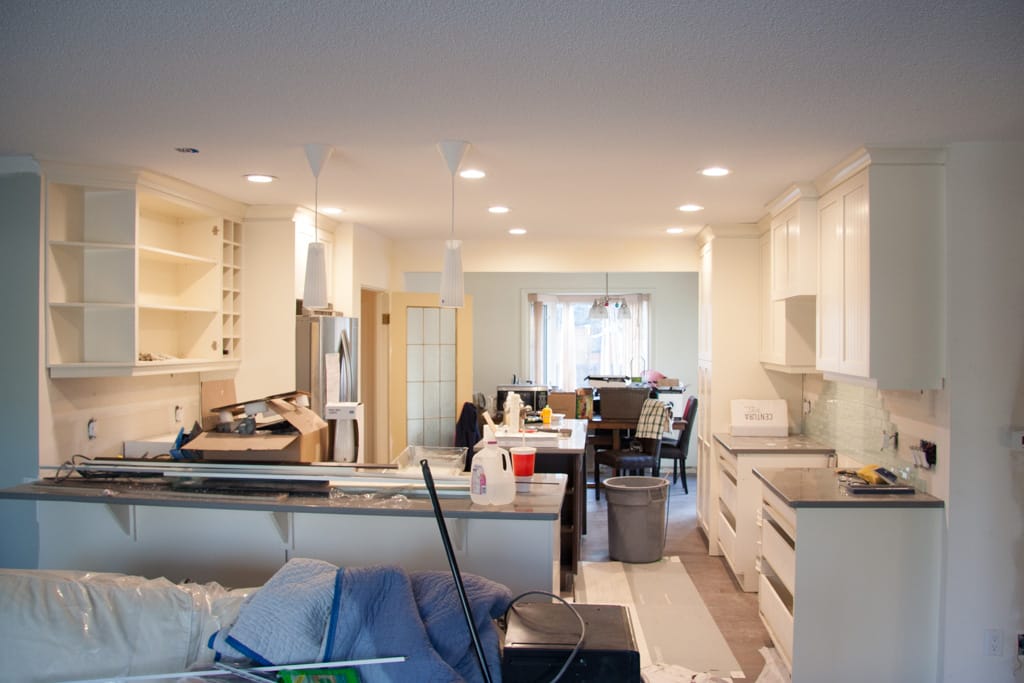 The plumber is back tomorrow (I believe) to finish the last bit — connecting the dishwasher to the drain. Apparently someone (not me) tossed the connecting hose that binds the dishwasher’s outlet to the Y-pipe on the drain, so we have to get a new one. And then once we get our cabinets done and cleaned, we can wash all the dishes properly, actually start putting things away and get them out of boxes (and out of the basement).

Tiling started today as well. There’s five tiled areas: three flooring (entrance, main bath, and ensuite), and two walls (opposing walls in the kitchen). The floor tiling is set and drying, which hopefully means grouting tomorrow; the wall tiles are only about half done, so it’ll be a while before those are complete. Already, though, it’s looking fantastic. 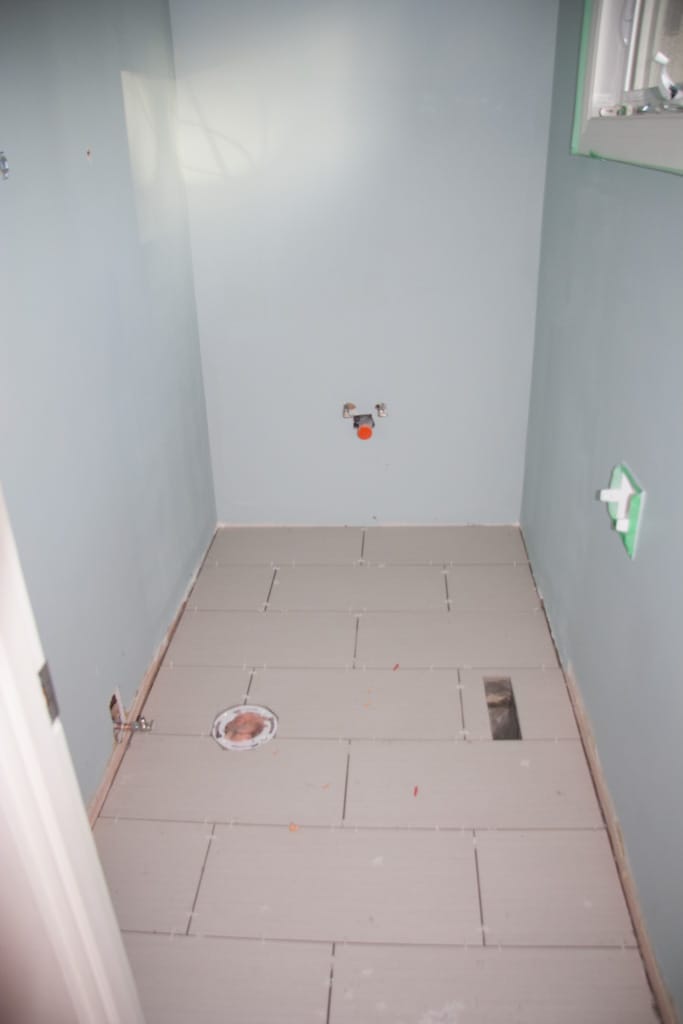 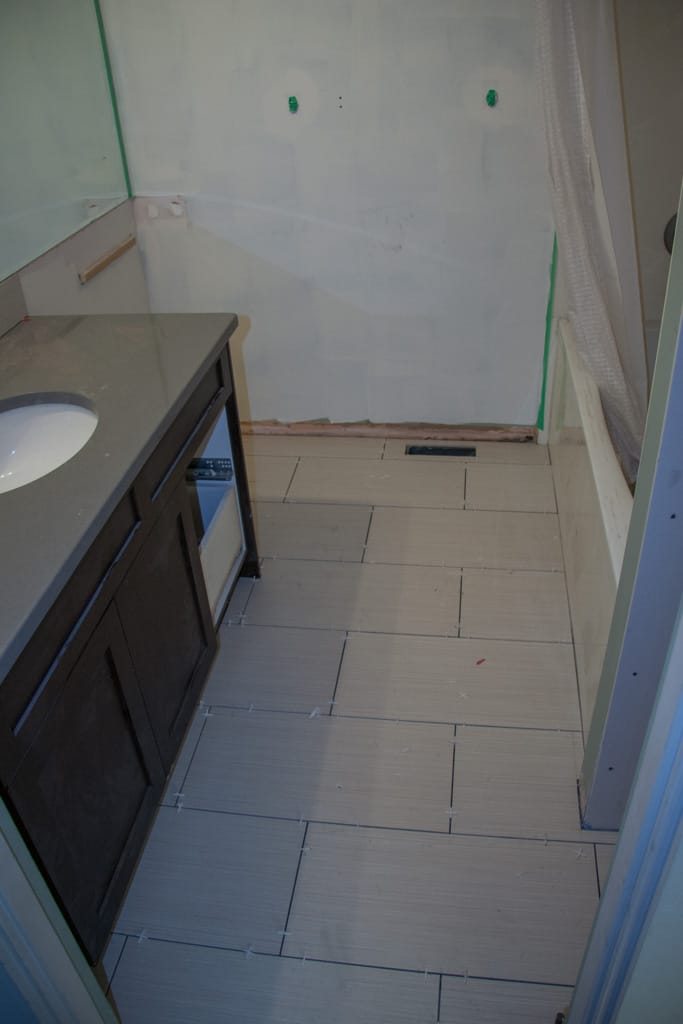 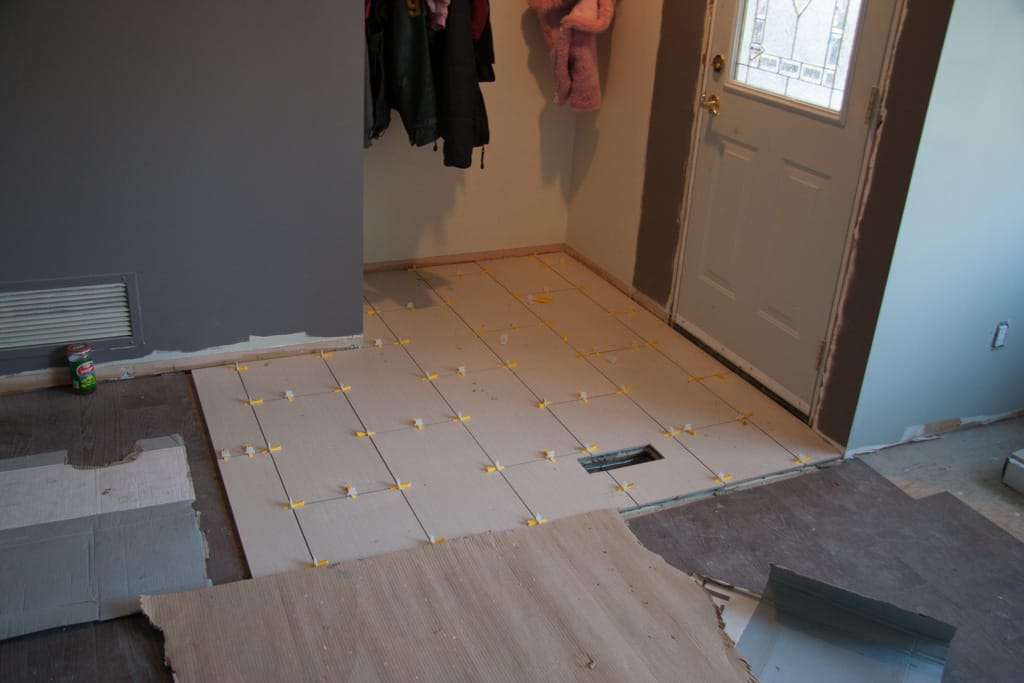 The other nice part was new electrical sockets all around the kitchen and living room. They’re a new-fangled socket (apparently required by code in the city) that is "child proof" (I use the term in the same way that we refer to "child proof" medicine containers). You cannot shove a knife blade into one, for example — there’s a little plastic slide that stays in place; you have to push in a 2- or 3- prong plug for the slide to move out of the way. And yes, it does make it hard to plug something in — I suppose that’s the point.

The end, as they say, has to be near. I know it has to be if, for no other reason, our contractor wants to finish so he’ll get paid. But I still worry about that light down the tunnel. Because I know it’s not really the end of the tunnel.