The progress has been slower the last few days, but we’re ramping up to another major push. On Saturday, the ceiling in the kitchen was mudded, and then knocked down on Sunday. The walls were patched, and some plywood laid down in preparation for tiling. In many ways, it felt like we were building up to the climax of a great action film.

Have I mentioned that Alex and I have seen the Bourne Trilogy, like, a hundred times? We know how a good climax should go.

Not that I’m hoping for someone to come crashing through my front door or something (although if Alex has her way, that’s next).

The ceiling alone suddenly made everything seem so much more "done". There’s still a ways to go, mind you, but that alone seemed to cover up so much of the "ew, that looks terrible" stuff, and made us feel a lot better about it.

Today was one of the major points: countertops. This was unexpected; we’d been expecting at least another week based on what the granite company had told us. (This elicited another short rant from our contractor about his vendors talking to his clients.) This was mildly important as we hadn’t selected a kitchen faucet yet. We’d seen a couple that we liked, but none that were ... well, "perfect". To be honest, I’m not sure what "perfect" is, anyway. We’d seem some we liked,which might well be "good enough". Either way, Alex had to dash off to Rona to snag the one we had seen, as they had to bore holes in the counter for it. 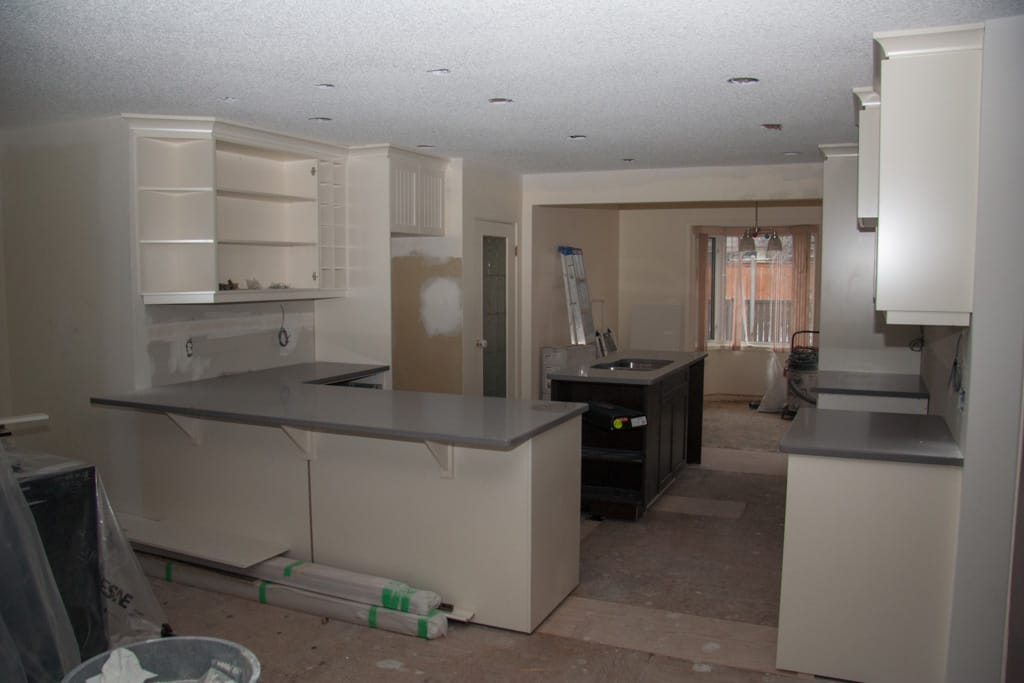 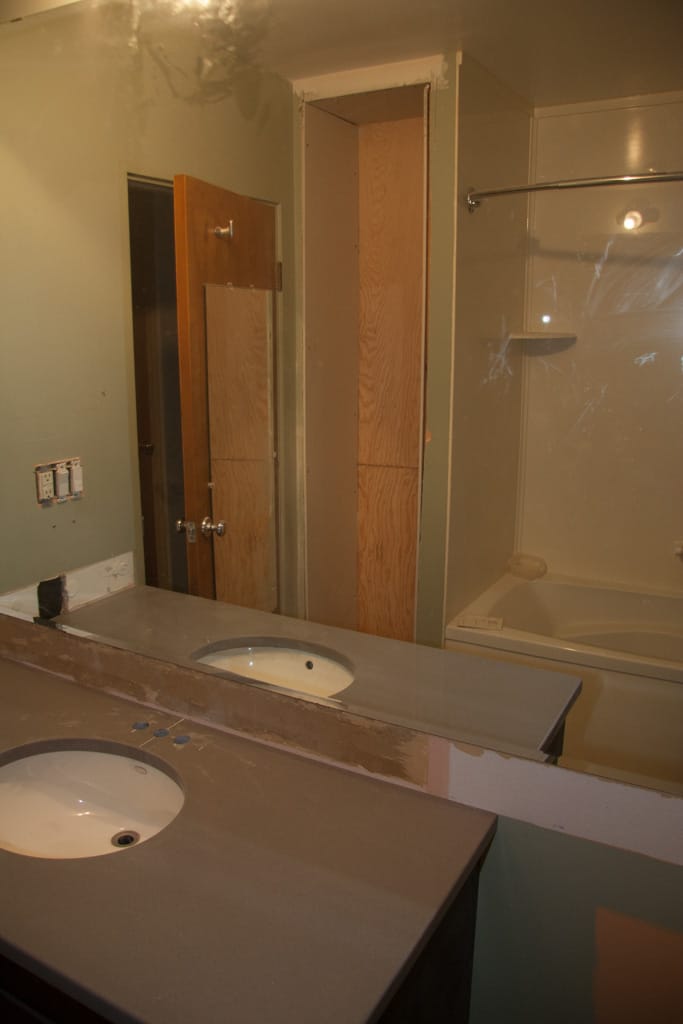 What’s still left on the agenda?

Cleaning, cleaning, cleaning. There’s dust on every surface — horizontal and vertical — and it all needs washing. Preferably before our first night back in the house, which will likely be Saturday (if not Friday). Our contractor has been exceedingly kind in letting us stay (rent-free) at one of his rental houses. Despite an issue with the electrical account (we’ve been on an 50 amp electrical limiter for about a week), it’s been a very generous offer, and we’re certainly not going to argue about staying until all is done. Besides, he’

There’s also the decorating. Alex has already tackled a wee bit, using a mistint we got at Rona last night. It was almost perfect for the colour we wanted, and seeing it on the wall, it’s actually rather fantastic. The tricky part, however, is that we ran out (it was a small can) and we’ll need more. Hopefully they can match it. The other walls all need painting, too, which is going to be a bit of a struggle … and yes, Alex, I know you love painting on your own, but I feel that I have to help you to get it done as quickly as possible.

We also have to choose pendant lights for over the bar counter. We’ve seen lots, but only a couple we liked. And at over $400 a pop, it’s not a price we’re ready to pay. We may just go the route of "nice" Rona/Home Depot specials with dimmable LEDs, and do a light upgrade later on down the road.

Then will come some furniture acquisitions to work with our needs in the living room (coffee table that we’ve never actually had, plus a new "entertainment" table against the far wall, and a new entry-way table for keys, bags, and whatnot). Then we’ll get some new blow-ups of pictures we’ve taken, and bring some life to the place.

It’ll be good to get home again.