This is one of those days when I really had to sit back, after a beer, and really think hard about how much this entire process must mirror my day-to-day work life, only that I’m the client, and I’m making the requests that normally drive the person on the other end nuts.

Or rather, I would, except that I know damned well that there’s a fair share of communications failure on the other end, and it’s not from a lack of us trying to keep things straight and even. (That said, having talked with some of the guys doing the work, this is normal within the renovation/contracting biz. Go figure.)

As I’d posted earlier, Cathy (my sister) had reminded me that my father never really died, he just lives on to remind us not to do dumb things ... like skimp on a renovation to save a few bucks, ‘cuz the end result will drive you bonkers. Pay the extra, get it right, and be much happier with it.

So the kitchen floor now extends to the living room and hallways. (Those disappeared today. A fairly stunning speed, too, I might add.) We’re also changing out the doors in the rest of the upstairs, which are driving Alex (and by extension, me) insane. Those are fairly cheap, and they’ll look much nicer than the cheap-ass ones in there now (original, so far as I know). 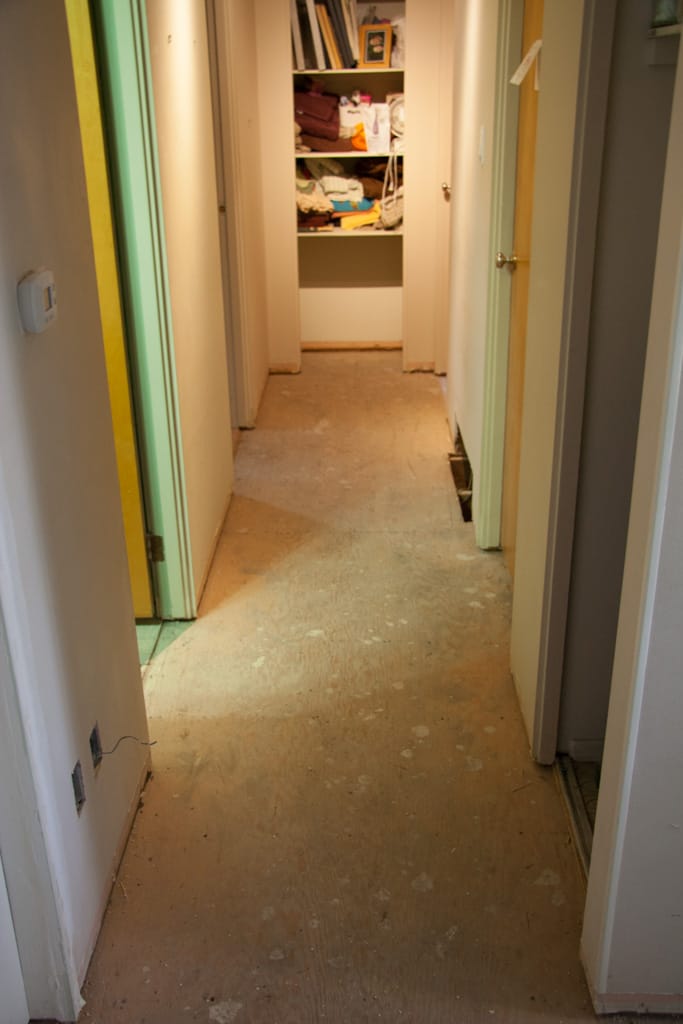 Oh, I should also note that while I thought the floors that just got torn up were original, they’re not — they were apparently installed in the early 1980s. They were a style called "Sugar and Spice". If that ain’t enough of a reason to pull ’em...

Anyway, the doors on the cabinets went on today, which elicited another series of phone calls, because — darn it — we stupid owners didn’t buy the stupid handles and leave them in a BIG BRIGHT ORANGE AND BLACK BAG to be installed. Okay, we had forgotten what the exact configuration was — which handles went on which doors/drawers. Turned out that when I went in to sort that out after work, it didn’t make as much sense as it had in the store when we’d bought them. I ended up exchanging a few to sort the issue out. Tomorrow, maybe, we might have drawer fronts? 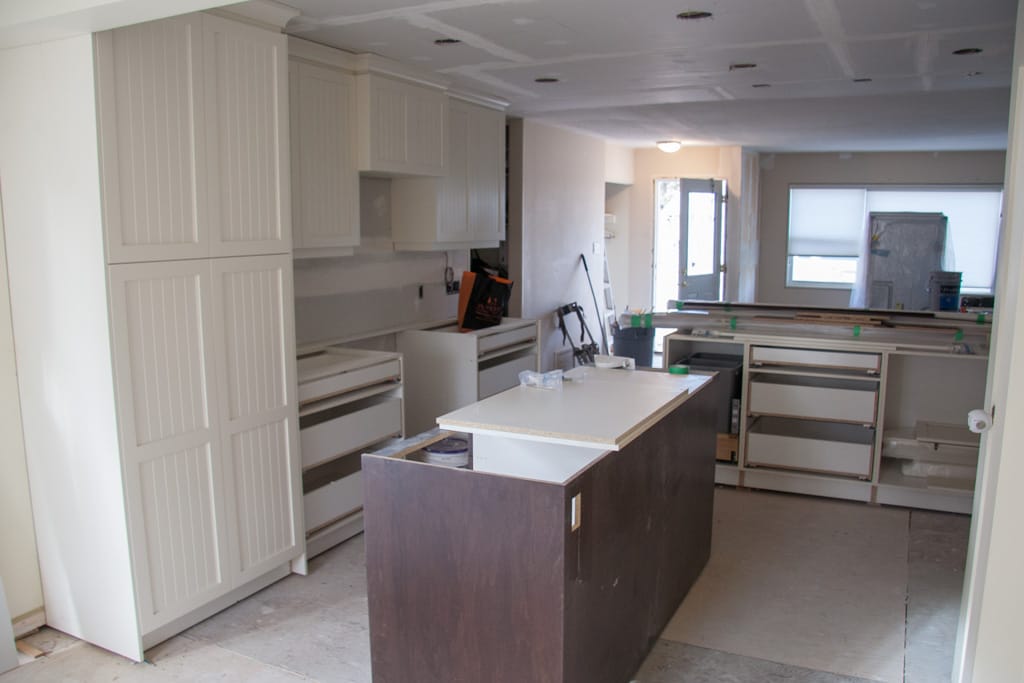 The countertop also came up as an issue. Apparently, the original countertop we’d chosen no longer comes in the gloss finish, and has another finish called "honed" (whatever the hell that means), so the granite company (it’s a quartz countertop, by the way) called to ask us if we wanted a different shade that was still in gloss. Call, debate, discuss, check, recheck, and we’re still getting a countertop we want. Just another day later, now.

Speaking of days later, our contractor (see aforementioned issues with communication) apparently missed the rather detailed notes that Alex had been sending him regarding the new floor. This led him to showing Alex several red oak samples that utterly baffled her — why would we be looking at something new?? Debate, discuss, realise that the floor we want will take a day longer to get so show us a floor we didn’t choose that we can get, remind the contractor that we didn’t choose that floor so please make sure you get the right one...

Now, in his defence, part of the reason for the different floor was timing. The floor we want will take a day longer to get. Why is that significant? He needs us out of the house we’re borrowing from him — he has paying tenants ready to move in. Which I totally understand — it’s lost revenue. So we’re going to have to contend (to some extent) with an unfinished home when we move back a week tomorrow.

A week tomorrow. ONE WEEK. I can’t wait, personally, but I know those first couple of days will be hell. Heck, the first two weeks might be hell. But it’ll be hell at home, which is a lot better than hell anywhere else.