This year, we continued with our burgeoning tradition of having afternoon tea on 1 January. In our previous two years, we ventured into the mountains to the Banff Springs, which boasts one of the best afternoon teas I’ve had. But this year, we weren’t in the Banff area — we’re currently hanging out with Alex’s parents in Maple Ridge. Oh, what to do, what to do...

Thankfully, there’s a Fairmont hotel here, too, and the tradition continues fairly readily. So with enough advance notice, we reserved a space, and made arrangements to have the tradition carry on. The only question was who would be our guests this year?

Well, it’s not like we don’t know anyone in the Lower Mainland...

Last year we had (sadly) gone on without a guest, so this year we made an extra effort to have someone join us. Because the first year had been a(n old) friend of mine, we went with one of Alex’s friends, Sandra. They’ve known each other pretty much ever since Alex moved back to Calgary (and strongly believe — though as of yet proven definitively — that they’re distantly related), and it was a perfect chance to invite close friends (who also happen to have kids).

The Fairmont Hotel Vancouver is one of the mainstays of downtown Vancouver. I’d only ever been in it once before, ages ago, for a quick drink one evening. It shows its age a bit, I think, and is not quite as nice as the Banff Springs (in my opinion). But it was the only Fairmont hotel in town that did afternoon tea (there is another, but tea is not offered), and thus our best option.

(Okay, to be fair, our best option was to go to the Empress in Victoria — which had been my first hope — but the act of getting to Victoria was definitely much more convoluted and the potential guest list much shorter. One day, however, I will have my tea at the Empress!)

Our drive into Vancouver was one that filled me with excitement. I love Vancouver, I truly do. It’s taken me years to really appreciate the vibrance of the buildings, the communities, the myriad of curious shops, all blended with the water and the mountains. Near-13 years ago, when I left Vancouver, I swore I’d never return. Today, I find myself desperately trying to find a way to come back. (And I may — more on that, later...)

Going off of old memories, I turned our rented minivan (not my choice of vehicle, I should note, and I will never rent one again — I loathe these vehicles) off Highway 1 onto the Grandview Highway for the trip into the city. It took us past many of the small communities and lush, green parks that I’d remembered only poorly, and realised just how much I’d missed them. We turned down Kingsway and then onto Main St, before zigging across Terminal to Quebec (which turns into Expo Bvld, and then into Pacific Bvld), which I realised after a few moments wasn’t the way I’d planned to go (I’d actually meant to go on the Georgia viaduct).

The mistake, however, let me zip into Yaletown for a gander at where I’d spent two years living (part of) my life. It was where Radical Entertainment had been located, and I’d spent many hours of every day either in the office, or walking the areas around it coming to and from work, or going to lunch with co-workers. I knew I wouldn’t see the same neighbourhood, but I guess nothing really prepares you for the suddenness of seeing something that’s been evolving for nearly a decade. The last time I’d been there was to have a beer with my friend Greg, the day before our respective weddings (he was married the same day).

Then it was up Homer to Georgia, and the final task: find a place to park. And, more importantly, one I could get in with a minivan (easier said than done; parallel-parking that bastard was not something I wanted to attempt). It took nearly 10 minutes to find an underground lot at the Scotiabank Theatre building at Burrard and Smithe. We walked up Burrard to Robson, and — having noticed the advertisments while looking to park — went into the soon-to-be-closing HMV.

The HMV at the corner of Robson and Burrard was an icon. Three floors of heaven ... at least for me, at the end of the 1990s, before Apple killed off the music stores. (That is not an attack on Apple, by the way. Apple was just the one who made it happen. Music stores’ death was a given the day the MP3 format was first used.) I remember the HMV from those days past as a place I could lose hours in: perusing the racks on the main and upper (half) floor, looking for things that would sound great, but usually to see what CDs were in the 2 for $20 bins. Downstairs was the massive DVD section; another massive use of my time (and money).

As we walked in the door, passing one of the clerks bearing massive signs on posts, held over their heads in "the end of the world is near"-style with "store closing – up to 70% off" emblazoned in massive letters, I couldn’t help feel a pang of remorse. I am one who has contributed to the loss of such stores. I lamented the closing of the massive 4-floor A&B Sound in downtown Vancouver (a building that remains empty to this day, surprisingly enough), despite being just as at fault for buying music online (though I freely admit at the time that I was still buying CDs in large quantities). I even commented to Monkey to look carefully, as she’ll not see another store like this again in her life. It is truly a dying breed.

We arrived at the Hotel Vancouver just before noon, and found ourselves the first to arrive in the lounge for tea. A set of five round tables had been moved into a long row, twelve chairs arranged around the row in preparation for our party. A large artificial tree, coated liberally with artificial snow, occupied a point in the centre of the room, next to our tables. The bar was to one side, the 12-foot arched windows into the alley entrance for valets and taxis to the other.

Nicole, ("Tia Nicole" to the kids, "Nikki" to just about everyone else) was the first to arrive, having survived her New Years Eve intact. Sandra and her brood arrived not long afterwards (although Amir was unable to attend, having been called into the hospital). Grandpa and Granny arrived a while later. 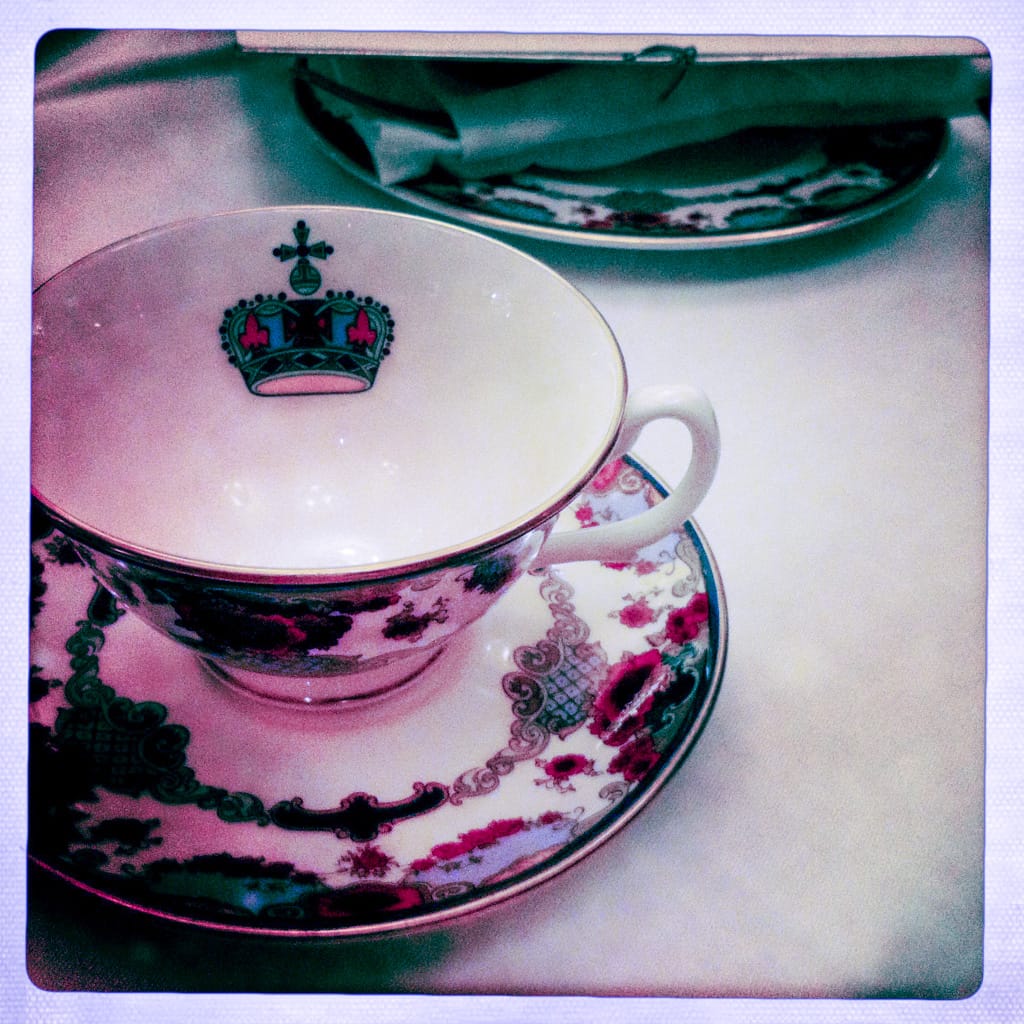 The tea was ... well, perhaps a little disappointing, compared to how the Banff Springs delivers it. There, the tea is wheeled out to you so you may sniff at the loose tea before ordering. The view is unmatched, with looking down the Bow River valley. The food is served on china, using silver frames to separate the three levels of sandwiches and cakes. The Hotel Vancouver cannot match the view, sadly; the menus looked a little too tattered. And while the food was still high-quality, it just somehow seemed lacking. Perhaps I’m too spoiled from Banff? 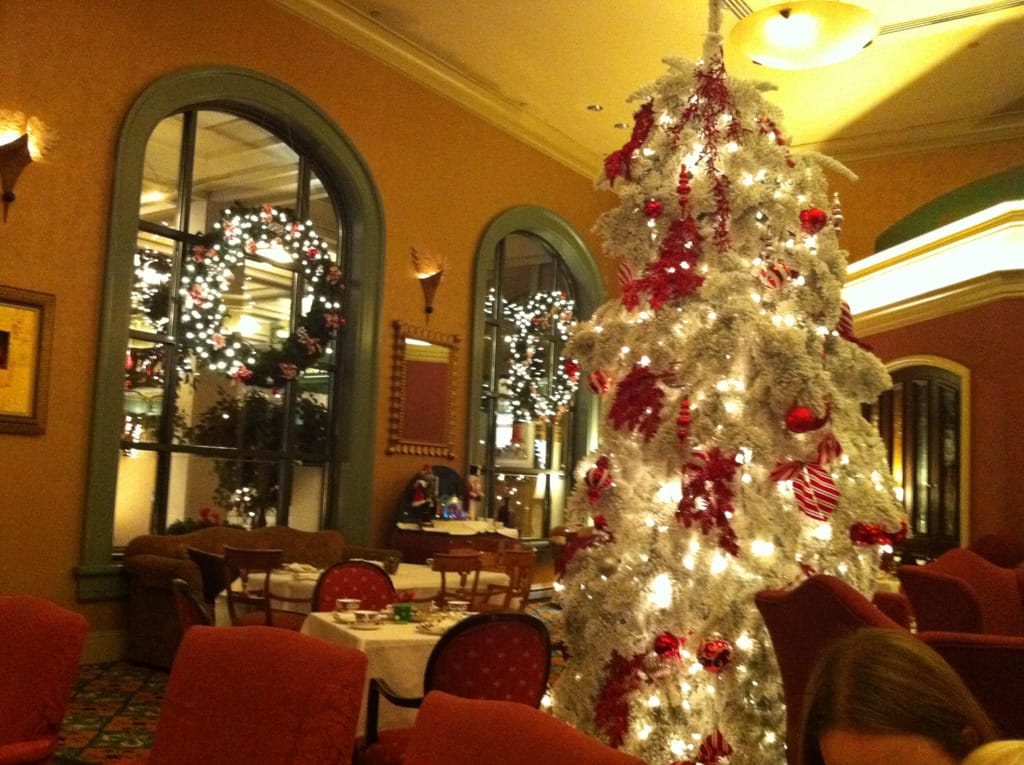 The company, however, was welcome, and (thankfully) all of the kids were well-behaved. It was by far our largest gathering, and I was a little worried that it might get out of hand. But even the arrival of the harpist, who was immediately beset by all the kids (and Monkey desperately trying to pluck the strings in such a way that looked like she might rip them out of the frame) was tame, and we left without a single broken anything. (Well, maybe a resolution or two related to diet, but that’s not my problem...)

With Tia Nicole in tow, we braved HMV for a deal or three before heading out of downtown. Our trip back, however, was indirect, as Alex and I had a side trip we needed to do. Last night, after our New Year’s Eve dinner sans kidlets, we went driving out to Port Moody. To look at houses.

We’re thinking of moving to the west coast. We’re not sure when, but the move itself is an eventuality. The question is "where". Alex would just as soon move in next door to her parents (okay, okay, slight exaggeration). Me? Houseboat on False Creek. As you can see, there’s a bit of a discrepancy we have to deal with. The last time Alex was out here (back in June, when I was mired in a week-long slog just before a site launch), she’d "discovered" Port Moody as a strong potential option. It’s on the West Coast Express line, fairly easy to get to Maple Ridge, and has one of the region’s hospitals. It’s also on the water, and the views there are really quite nice.

So last night we drove around a bit. What was out there? What was for sale, and could we even hope to afford anything? Would we even like it? With Christmas lights, the place does look very inviting, but the darkness (and it was dark!) obscures much. We had to come back in the daytime to get a better idea.

And the idea is ... well, it’s looking good. We even found a house that we like (location especially), which lends credence to the thought. The hard part, really, is knowing "when". That’ll come down to Alex finding a position that will work for her as a primary motivator — I’m a little easier to deal with, employment-wise.

But that’s for another year — I doubt it will be this one, or even next year. There is much that needs to happen, and many things we need to do between now and then. But we can start to think and plan.

Like for next year ... where are we doing tea, and who’s coming?