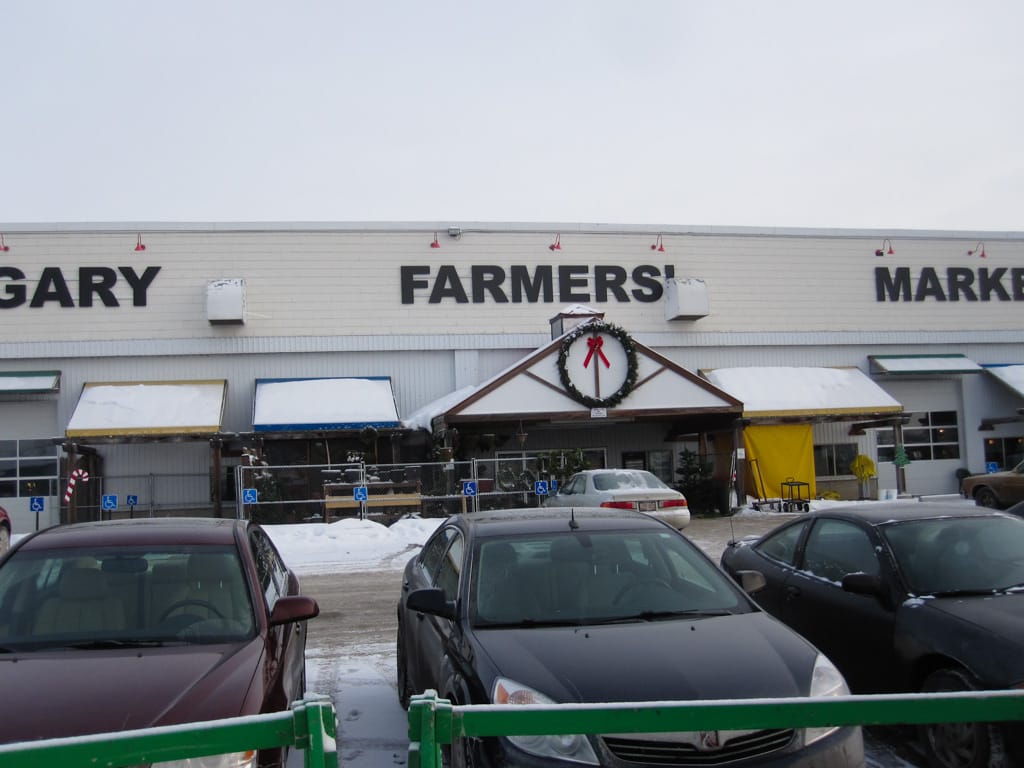 Shortly before Alex and I were married, we moved to a house a mere 10 minute walk from the Market, so we visited frequently. After our return from Costa Rica, going to the Market became a weekly event, to the point where we got to know some of the Market vendors fairly well.

Because we fly out to Abbotsford tomorrow, today was our last day. We just about cried.

Seriously! No, I’m not taking this lightly! The Market, as it stood, was (at least in my humble view) the best example of a farmer’s market in Calgary, and was the only thing that served the west side of the city, or offered any reasonable option to a large portion of the north part of the city, too.

The Market isn’t disappearing from Calgary, but relocating to another venue off of Blackfoot Trail. Not all the vendors are going. Some are hanging their hats, deciding that it’s time to move on, and it appears the once-lauded children’s space is likely to wither to a mere echo of a whisper of its former grandeur. Mike, the Balloon Tycoon, is one who will not be seen at the new location.

The distance away likely means we will not be visiting regularly, and without a children’s space for Monkey and Choo Choo, it means there is less of a reason for us to go. For that distance, we might as well go just the little bit further and go to IKEA instead.

But this is how life goes, right? Change? Things not remaining the same?

Thank you, CFM, for the years you were the way you were. Those are memories that I am already thankful for, and I can only hope they’ll be ones that my kids might remember, too.