Choo Choo, I don’t think you yet have a real understanding of time. And certainly, you don’t understand the idea of letting Mommy or Daddy sleep in. Today, I’ll admit, that wasn’t something we would fault you for, since we all had to be up early. Grandpa wanted us on the road by 7:00. That meant getting up, dressed, fed, packed, and loaded.

And as Mommy and I have noticed, neither you nor your sister, Monkey, really understand the idea of "quickly".

While you kids might have slept well, none of we adults did. Some hotels seem to have a bizarre need to cram pillows as full of stuffing as possible, as to utterly negate the ability to sleep easily. (I’ve slept on rocks that were more comfortable.) Breakfast was a nice buffet, though shockingly short of bacon, in my opinion. We packed up, loaded up, buckled in, and hit the road.

The trip out of Medicine Hat was fairly quick, and we were at the Saskatchewan border fairly soon. We stopped for a quick picture, and then continued eastward. The land got flatter and flatter, and we soon hit the terrain where you could see your kids running away for days running in a straight line. (Thankfully, Monkey was buckled in her seat, and Choo Choo can’t even crawl yet.) 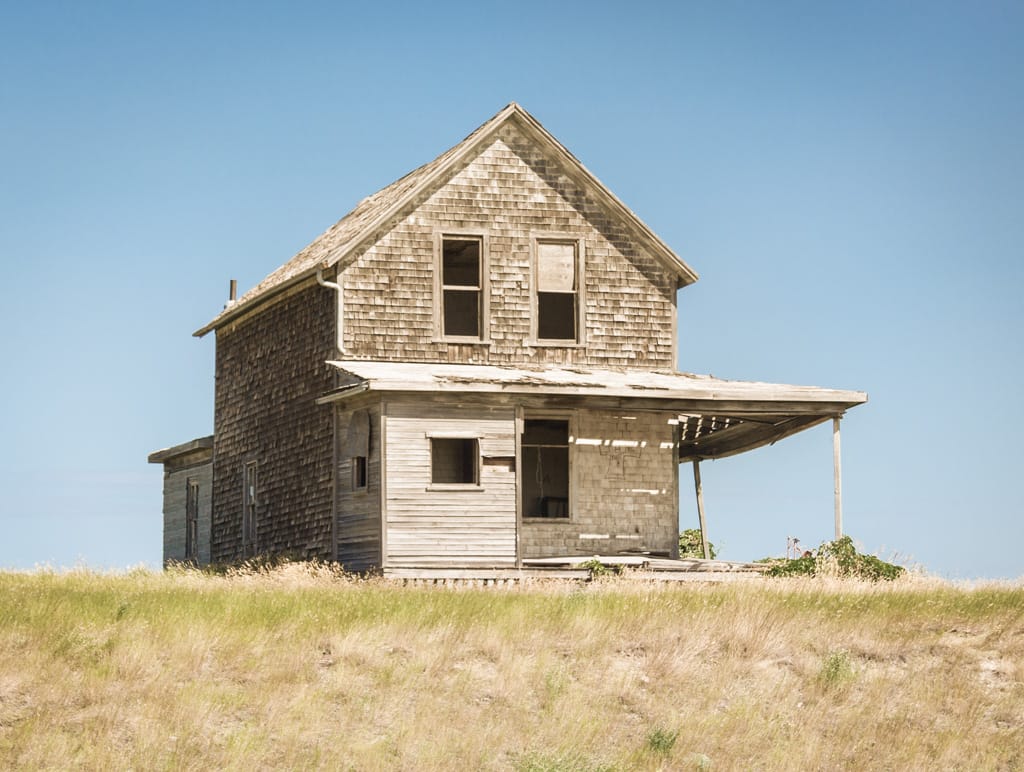 We drove past countless tiny little towns until we felt a need to stop for a quick break. Morse is a tiny town, founded in 1912. The Lutheran Church appears to not have been used in a couple of decades (even the power lines are cut), and the school closed sometime in the last decade or so. The original school, built when the town was founded, is now a museum. And an eclectic museum it is...

Monkey, you got to play here. You ran out across a wide field — formerly the school yard — and to an older, but still well-loved collection of swings and slides and half-buried towns. Long freight trains announced their passing from kilometres away, their horns echoing across the open spaces, and then flying across the plains between the playground and Reed Lake.

We stayed a while, long enough for you to get worn out a bit, Monkey, before we returned to the highway. More small towns, even a Potash mine, heading to Moose Jaw. There we stopped for lunch (although it took us a while to figure out where we were stopping) at the McDonald’s. Not my first choice, but was something we determined would be quick and easy ... and it had a playplace, which you were actually a little scared of.

I took over driving from Grandpa, who had driven until that point, and we continued east. I had hoped to put in a bit of a surprise and take a detour, but apparently I had forgotten an earlier conversation where we’d already agreed to such a detour. We turned southeast onto Highway 39, heading for the small town of Rouleau.

For those of you not living in Canada (or for Canadians living either without cable, or under a rock), the CTV network used to air a show a couple of years ago called "Corner Gas", which was set in the fictional town of Dog River, Saskatchewan. The real location of Dog River is Rouleau, which is about 50 kilometres southwest of Regina. It’s the pure definition of small-town Saskatchewan: founded by the railway, with a few brick buildings, and a big grain elevator. The buildings built for Corner Gas — the gas station and the adjoining Ruby cafe, actually sit about a kilometre up Highway 39 from the townsite (which played into one of the show’s plotlines about Corner Gas actually being out of town). The grain elevator still bears the name "Dog River".

We stopped for pictures, of course. Then we went into Rouleau for a quick run around. We saw the Dog River Howler, and the "Municipal Police Station", which is actually a cafe. The inside of the cafe was an attraction all its own. Rouleau gets up to about 500 visitors a day during the summer; when Corner Gas was being filmed, it was over 5,000. And those people signed the walls. The plethora of signatures is astounding. Even more astounding are the maps with their pins. I was amazed to see people from all over the world having visited — especially from Canada, and moreso the prairies.

We scooted back north to Regina, and continued eastward to Whitewood, arriving a few minutes after 17:00. Whitewood is another railway town, like so many in the prairies, and still hosts the Canadian Pacific mainline. The Whitewood Inn was our stop, and was also Grandpa and Granny’s stop when they crossed the prairies 20 years ago. As we would find out, not much about the Whitewood Inn had changed in those 20 years. To call the place a "dive" would almost be considered an insult to dives around the world.

(A bit unfair. In truthfulness, the Whitewood Inn is really not too bad a place.)

We all dressed to jump in the indoor pool, only to be thankfully thwarted at the last second. As it turned out, the pool was undergoing a maintenance cleaning, and was full of acid. You were highly disappointed, Monkey, and I think we all wanted to go for a swim after such a long drive.

At least we had adjoining rooms, which really only seemed to allow Monkey to run between the rooms well past your bedtime. I took a little walk after you went to bed, mostly to take a picture of the grain elevator. It seemed to me that the single biggest thing to do in Whitewood was drive donuts in the gravel parking lot of the Esso station, before blasting down the road. 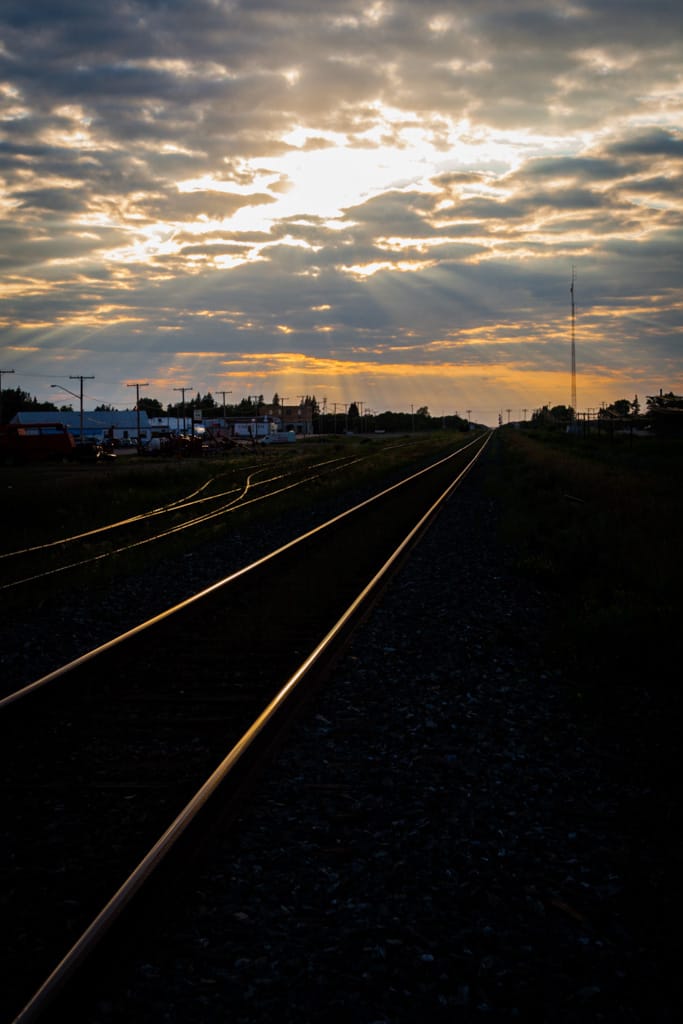 Tomorrow, we’re off to Winnipeg.