A little over four months ago, Alex dragged us all out to see an eye doctor. It had been a couple of years since my last visit, so there was a pretty darn good reason to go back and visit. Not that I particularly wanted to go — I’ve got a phobia of anything touching my eye, and eye doctors have a bit of a tendency to do just that.

At the end of the appointment, the doctor told me she suspected I might have something called "narrow angles", and sent me to an ophthamologist. It took nearly two months to get into see him. That was an awkward appointment, and ended up with the news that I needed surgery. Which I got, today, on my birthday. Laser surgery. In my eye.

Okay, truth be told, it wasn’t that bad. The procedure is called "yag laser iridotomy". "Yag" refers to the type of laser used, which is a Yttrium Aluminium Garnet (basically, a fake ruby). It’s highly controlled, and tuned exactly to burn a tiny hole in the iris. This allows the fluid that flows between iris and the lens to drain properly without causing pressure build-up, which can lead to glaucoma.

And for the record, it’s not Lasik. Lasik surgery is about reshaping the lens to correct vision problems. The iridotomy is a preventative measure. And I don’t have the same recovery issues — unlike Lasik, I have no drops, no drugs, no major vision issues, and no protective covers. Basically, I’m no different than I was this morning.

Well, except for the slight swelling feeling, which I take to be normal, given that part of my frickin’ eye was burned out by a frickin’ laser.

After dropping the Monkey off at daycare (she’s a handful when both of us are free to keep an eye on her, and a weapon of mass destruction pretty much the rest of the time), Alex trucked me over to the Rockyview Hospital, so I could visit the Eye Clinic.

Dr. Latka runs the iridotomy clinic once a month — that indicates how often these actually happen. It’s pretty much an assembly line thing: arrive, check-in, nurse checks your blood pressure (mine was a little higher than normal, showing that despite my relative calm, I was a little nervous), gives you some drops in the eye (including a contracting agent and a freezing agent), then you wait to see the doctor.

The "surgery room" looks little different than a regular eye exam room. There’s the typical bracket you place your head in, and the seats. Aside from a largish irregularly-shaped black box, there’s no indication that this is, really, where you have frickin’ lasers shot into your frickin’ eye.

A couple of more drops, and Dr. Latka slid the massive magnifying lens on top of my eyeball.

Have I mentioned how much I truly hate, loathe, and despite anything coming near my eye, let alone touching it directly?

There was a little dim green light just off to my left that he wanted me to look at. Then the clicking started. The clicking was the sound of the yag laser firing. And yes, I could feel it. Ever been in a strong wind, and have sand hit you in the face? That sudden small, sharp sting? It’s like that. At the back of your eye. (Or at least, that’s where I felt it.) In reality, it’s burning away a hole in your iris, but I can only assume that the feeling was because of where my optic nerves are.

I could barely register the laser light because of where I was looking. Twice, the doctor had to reposition me because I was instinctively trying to get away from frickin’ lasers being shot into my frickin’ eye. After about a dozen shots, I was done. The only instruction was to return in about an hour for a quick follow-up.

An hour later, I went back to the clinic, where the nurse immediately (I had just literally be called) into an exam room. More drops, and then she placed a probe on my frickin’ eye (did I mention how much I hate that stuff?) to test for any change in pressure. She said "fantastic", and I was off.

I still feel a little funky, and I imagine a lot of that is psychosomatic from, well, things touching my eyeball. Oh, and because of frickin’ lasers being shot into my frickin’ eye. I mean, wouldn’t you feel a tad queasy after all of that?

What does it all look like? Well, how about a before/after picture! 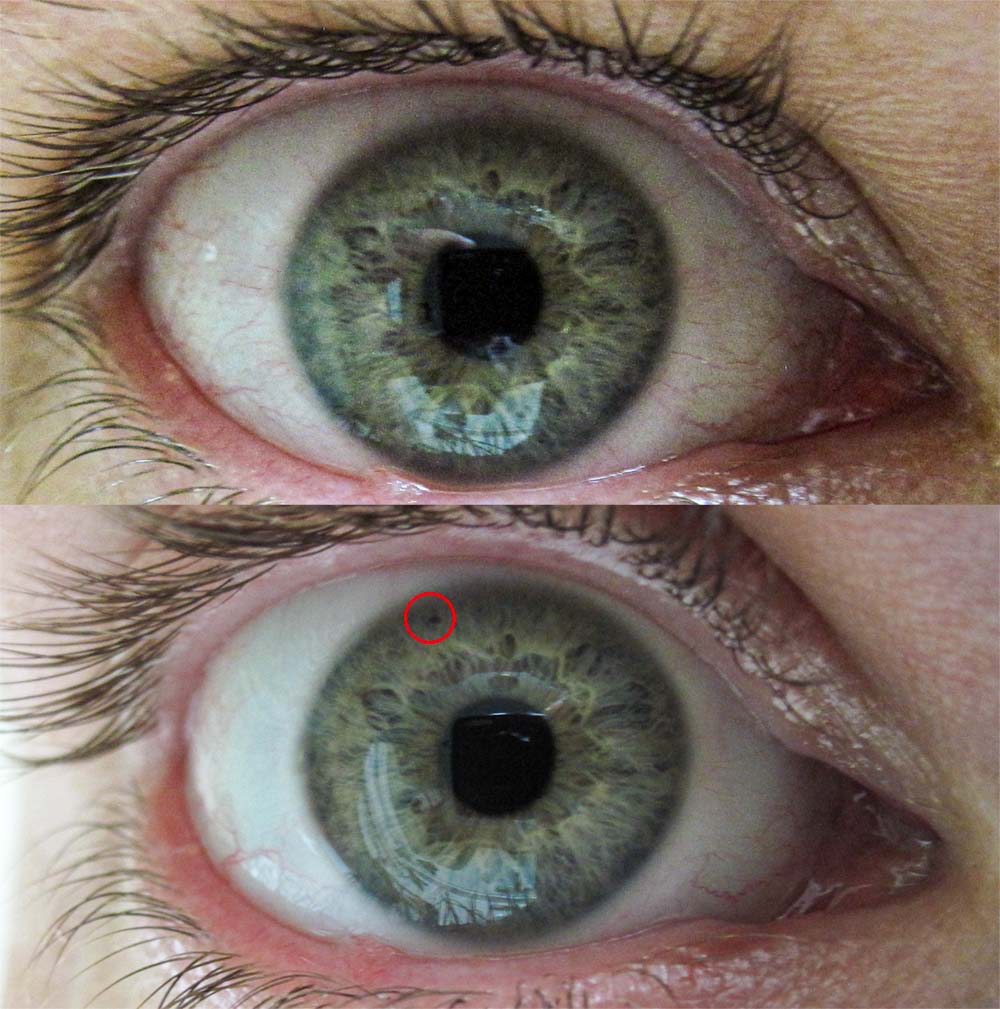 The top shot is the before, the lower is the after. I didn’t ask Dr. Latka (but I will), but I think the part circled in red is where the new hole is. The white glare is the bathroom counter.

It’s one eye down, and one to go. The next won’t be until the first Friday of August.

As for the rest of my birthday, it was quiet. I owe a million people "thanks" for all the birthday wishes (especially on Facebook), but it’s been too busy a day for me to get on there. But there was, of course, time for cake. 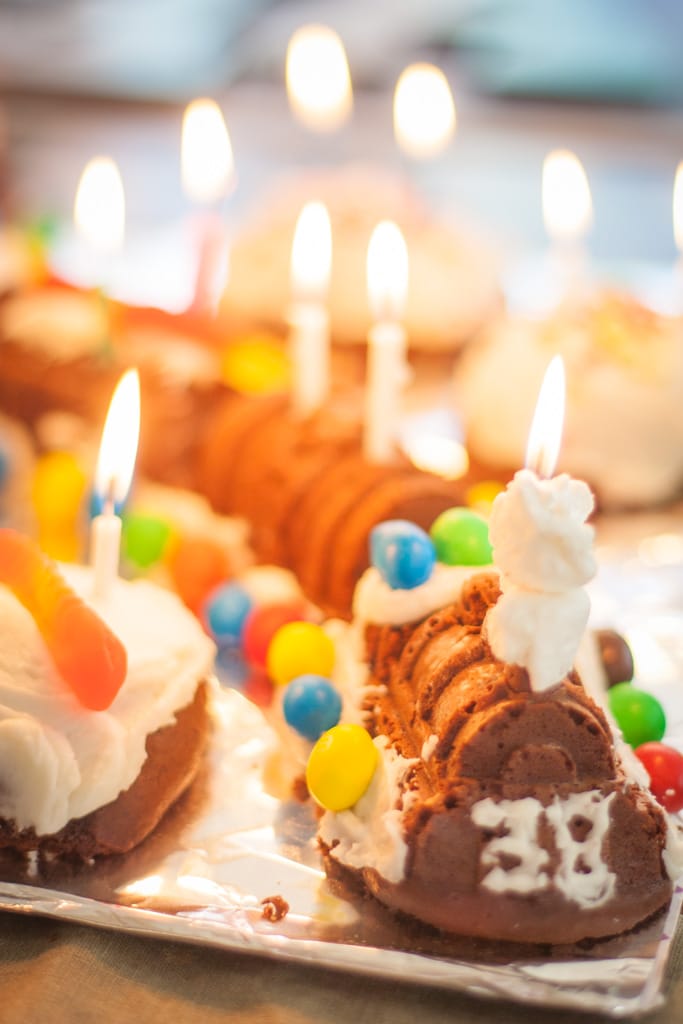