Not a lot of posts in a while, I know. We’ve been pretty busy since returning to Canada barely two weeks ago. We arrived late on the 8th, having spent 19 hours in transit from Costa Rica. It was dark, extremely cold, and covered in snow.

But it was home.

The next morning, we moved back into our home here in Calgary. We started seeing things we hadn’t seen since before the Monkey was even conceived. (Since then, we’ve unpacked virtually everything, and put together about a half-dozen large boxes of stuff we’re giving away.

Hey, after a year and a half of living minimally, you really learn how much crap you accumulate that you don’t need. And how badly the kitchen you have is woefully undersized.

We bought a car. In a single day. One day. Less than eight hours. (Mind you, we had done some footwork ahead of time, finding the car and allowing the dealership to arrange for financing.) That covered the test drive, insurance, registration, and arranging the banking details. Now we own a 2006 Jetta TDI. It’s not too bad, and is deadly good on gas, er, diesel.

It’s been cold (although we’ve had a chinook already), it’s been snowy (we’ve had probably 7 cm of snow in addition to the 10+ cm already on the ground), and Monkey’s become addicted to the bouncy castle at the Farmer’s Market.

Christmas will be a light affair around here. We haven’t been in the city long, we’ve been very focused on getting ourselves settled, and with stuff still arriving (namely our things coming from Costa Rica), there’s little desire to get more stuff. That said, we did get a turkey and are preparing for a heck of a great Christmas dinner.

Tonight, Alex and I spent some time painting a table and chairs for the Monkey. We bought them shortly after arriving (but had to wait until the store got them back in stock). As Alex noted, it is the first (of likely many) late-night, pre-Christmas sessions where we set up something for our kids. 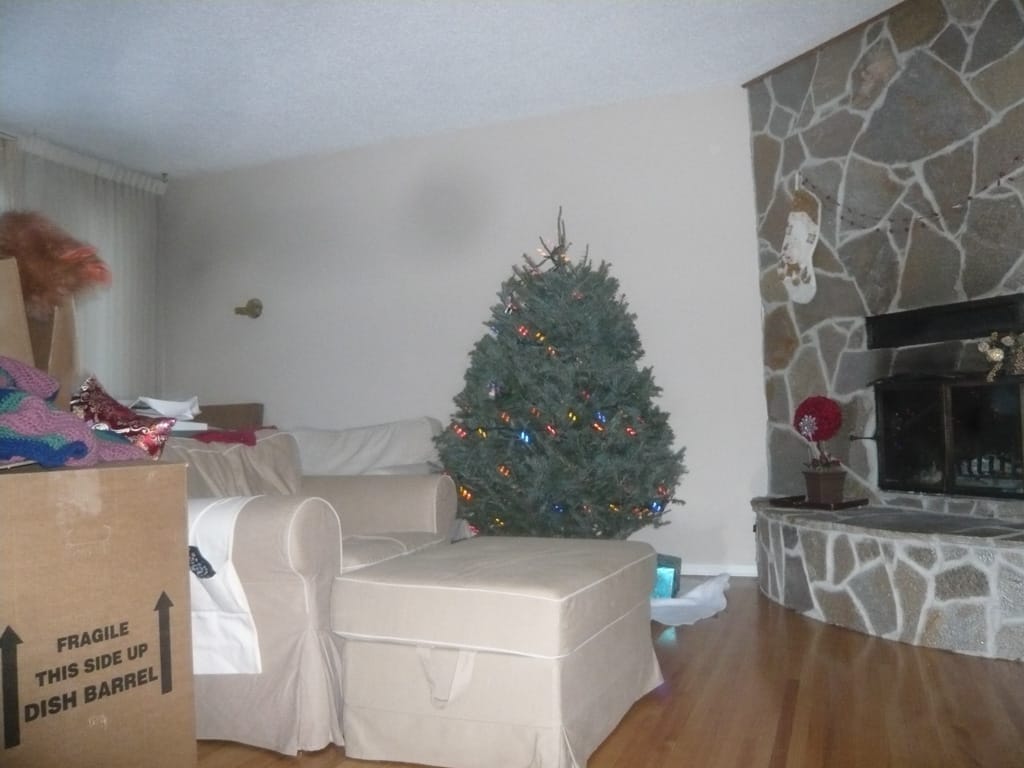