Well, Monkey, we’re home now. I know it doesn’t seem like it to you, because you’ve lived in three different homes since you were born. But this house, the one in Calgary (where we’re currently adjusting to serious sub-zero temperatures and drying out) is a home we hope you’ll come to know and love.

It’s not Costa Rica. It’s not always warm. It’s not filled with the sounds of parakeets, or tropical rainstorms, or filled with Spanish-speaking voices. This is the Great White North. It’s chilly for most of the year, leaves are seen for only five months, and the only monkeys you’ll see are at the zoo. It’s going to be an adjustment for you, and for Mommy and I, too.

It was a long road to get here.

The weekend before we left was a tough one. We had a lot of packing and cleaning to do before we could hand our keys back over to the apartment’s owner. After the fiasco with our previous apartment (no, Avalon, I have not forgotten you and the $1,500 you stole from us), Mommy and I wanted to make absolutely certain that there was nothing that would get in our way.

On Sunday, we left our last Costa Rican apartment, with help from Jason and Jenn Hale, and headed out to the Best Western Irazu. There, despite the hotel completely losing our reservation, we got a room with a nice bed for our last two nights in Costa Rica. We ate at the Denny’s there. It was a transition we needed, I think, a way of preparing for the day to come.

That day was Tuesday the 8th. It began at 4:00, when the alarm got us from our sleep (and you woke up with extreme difficulty). We ate at the Denny’s one last time, gathered our bags (and put Asia in her carrying bag), then boarded a bus for the airport. Checking in took probably three times longer than it should have, possibly due to the cat, and I’m convinced the clerk was brand new. Then came immigration (where they checked the "export" papers we had for you), and security (where they checked the export papers for Asia).

The flight was late leaving, by about 40 minutes. Murphy’s final little poke, I think. Soon, we were rolling down the runway, and the floor of the Central Valley disappeared beneath us as we lifted into the sky. I mumbled a little "adios, Costa Rica" as we drifted into the clouds. You took almost no notice at all. Asia was panicking.

The flight was about 3.5 hours to Houston. You slept a little, watched most of WALL-E on the iPod, and then wrestled both Mommy and I as we tried to get you buckled in for the landing. You would have nothing to do with either of us, and the screaming was enough to bring everyone to tears. Mommy held you tight as we landed. We would later hear from the flight attendants that your reaction is common amongst your age group.

Houston was surprisingly fast, all things considered. Immigration, zipped through customs (our bags were checked the whole way through), and security once again. We ate lunch at Ruby’s, I took Asia out for an hour in the pet relief area, we watched the rest of WALL-E and a couple episodes of Backyardigans. The five and a half hours disappeared fairly quickly, and you fell asleep while I held you for takeoff. You slept probably half of the flight to Calgary. (Which was wise, because a microwaved cheese dog is really not something you want to eat for dinner.) 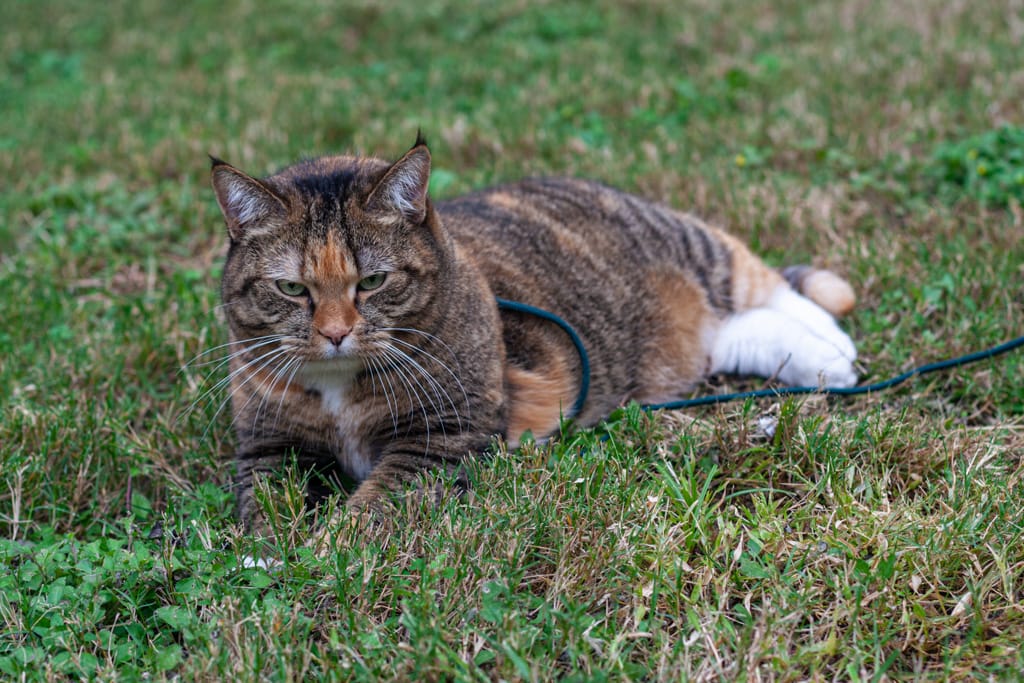 Calgary was -18 upon arrival. "Chilly" is putting it mildly, since it was over 18 degrees when we’d left Costa Rica earlier that morning. Immigation took a while due to a very long lineup and having to go to the Customs desk to declare Asia’s papers for entry, as well as our stuff that’s being shipped from Costa Rica. It was almost 22:45 before we got to the Delta hotel, which is thankfully at the airport. It was our first run outside.

Your Great Aunt Brenda became a major hero, leaving us a package with a new pink parka for you (and gloves), as well as gloves and hats for Mommy and I. We spent little time settling, preferring to go right to bed. You had a queen bed all to yourself.

Be it ever so freezing, there’s just no place like home.