Plans don’t always go according to plan, but there are those times when one plan ends up giving who new plans that are possibly even more fun than the original ones. I’d like to think today was like that, largely because we got to go somewhere fun, and I got to spend nearly the whole day with you! (Except for, y’know, when you were sleeping.)

The big plan of the day was to attend Marisa’s birthday. You know her, she’s your friend — that’s Meranda’s daughter! So after getting ourselves all dolled up, we headed out for ... breakfast. It’s Saturday, we always go out for breakfast. Today, it was the Marriott again for their buffet. It’s a tasty place, and it’s near the highway. One of the waitresses there tried to get you to say "agua" instead of "water".

If only she knew you only say "agua" and not "water".

After breakfast, we hopped on the highway and drove to Parque de Diversiones, an amusement park just west of San José. We’d heard of the place before, and had hoped to go there before, but never had. (In fact, I had thought it to be little more than a park, and wasn’t aware what we were about to run into.) It wasn’t until we arrived in front of the parking lot that the light began to shine on what we were getting into.

We parked and waited for Meranda to arrive so the party could begin. You were sound asleep at the time, so didn’t really notice the passage of time. You were asleep maybe 30 minutes in total, maybe about 20 of which we waited in the car amidst some spitting of rain.

When we finally went in, it was just the three of us. The entrance confused and frustrated me, as even with our reasonably-okay read-Spanish, we couldn’t figure out what the heck we were supposed to pay to get in. As it turns out the park is a very interesting set-up — entrance is actually free. You pay only to go to on rides ... and buy food, souvenirs, etc. So we sauntered right in. 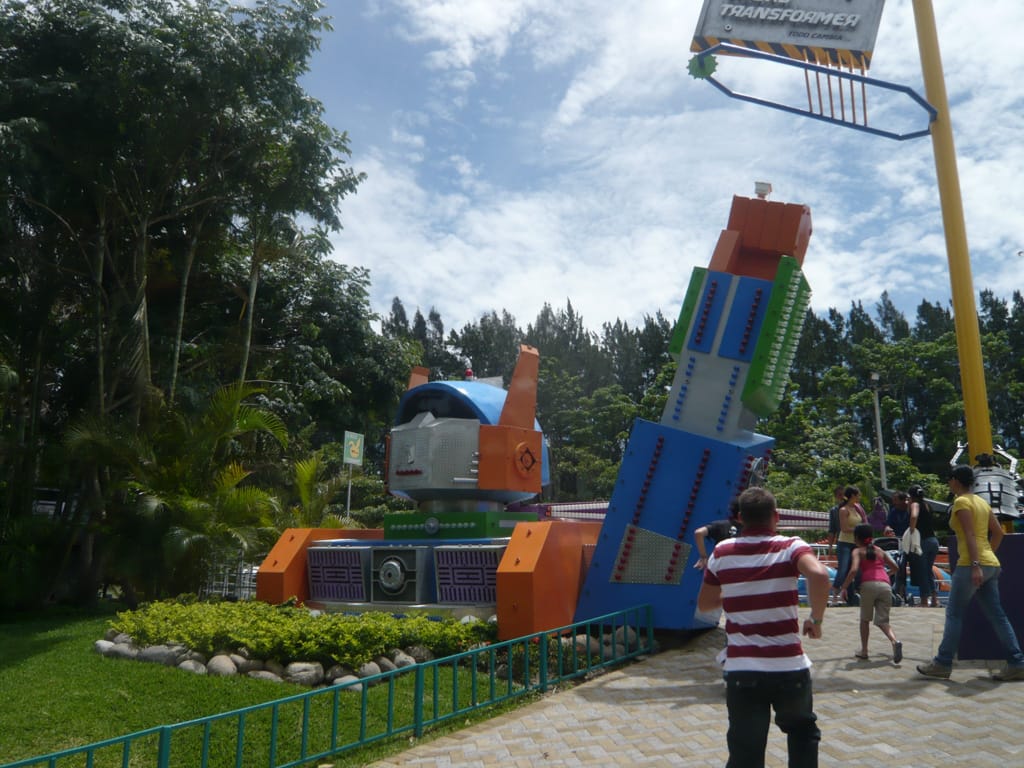 That’s when we found out that the party had effectively been cancelled. (Mommy called Meranda.) So our original plans became just for us. And on we wandered...

We spent most of our time in an area known as the Pueblo Antiguo ("Old Town"), which is a representation of what San José was like back at the turn of the previous century. Most of it is reconstruction and doesn’t seem to feature original buildings (unlike Calgary’s Heritage Park), but it was still fun to wander around. There’s even a farm with chickens and cows and horses and turkeys and even a little train. 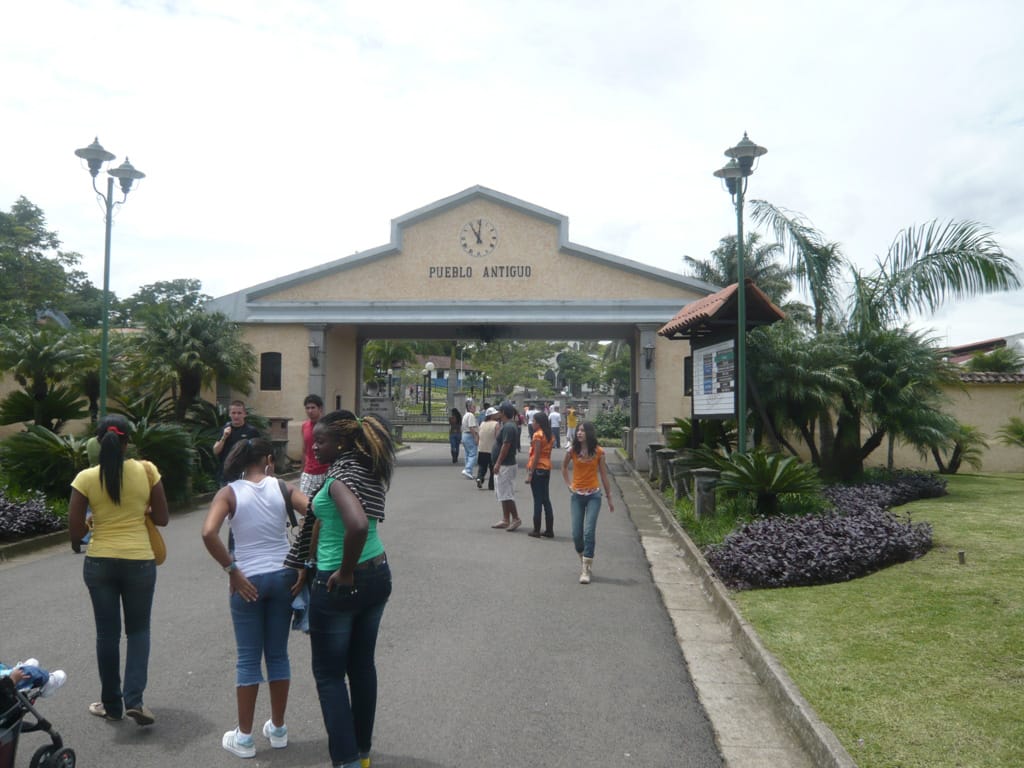 Afterwards, we had a light snack while you played with the spouting frogs at the fountain.You got mostly soaked. You also ate most of my sno-cone, and wouldn’t even touch the cotton candy! I mean, what kid doesn’t like cotton candy?!

Sadly, we didn’t ride anything. We’d understood we could purchase more tickets inside, so had kept an eye out so we could ride the merry-go-round, or even the train. In all cases, we couldn’t find anything. But that was okay for us, we just enjoyed the walking around. It wasn’t insanely busy, either. 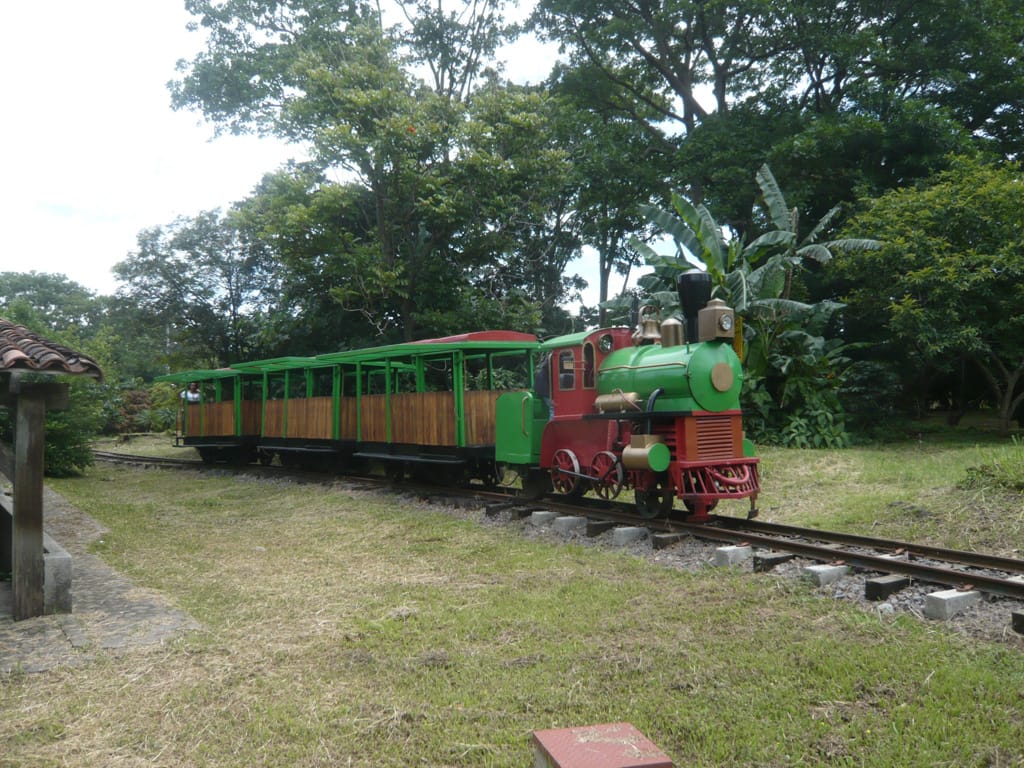 The park isn’t huge, and it has a range of different rides. You’re way too small for most of these, though. It’s a little like Calaway Park back in Calgary, or an in-between to Centre Island and Canada’s Wonderland back in Ontario. One day, I hope you’ll see all of these. For now, this will have to do. 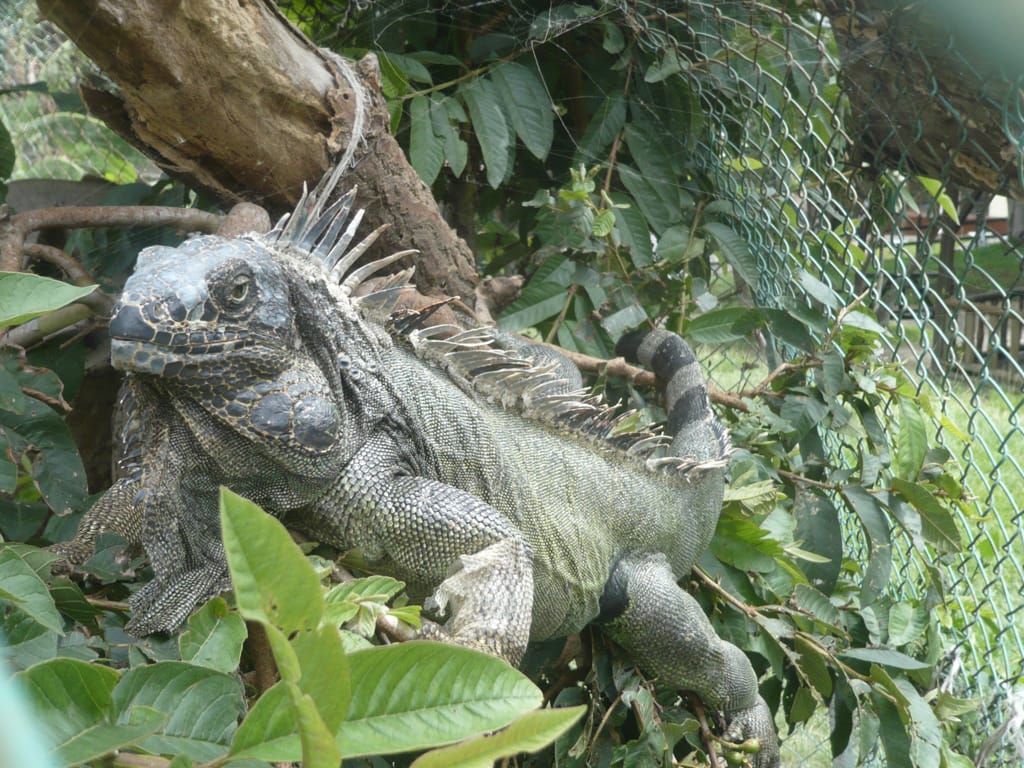 We toured the park for about two and a half hours before it was clear that you were running out of steam (you tend to get hyper and distracted when you’re tired), so we opted to head back for home. It took longer for you to fall asleep than I’d thought — you didn’t actually pass out until we were in Escazú (and given the detour I took us on to get there, that was a good 20 minutes).

Mommy and I ate a light lunch while you slept in the car. We parked right in front of the table (which was outside at Grau), so it was very easy to see you. You didn’t wake up until we left, but were asleep again moments later.

Needless to say, we’ll be going back to Parque de Diversiones, and next time we’ll be definitely going on a few rides.