But you already know that.

About two weeks ago, our first lease came due. This is when I had hoped to renegotiate our lease, as I felt the rent was about 33% higher than it really should have been. (There’s a longer story to this. I might be writing it sooner than later.) That discussion went in circles before we finally ended up where we are now.

In a new apartment.

Short version (‘cuz the long version is long) is that there was no agreement on rent, and we found a new place to move. Thankfully, it’s in the same complex, just in a different building.

Actually, lemme rephrase that slightly. It’s only thankful in terms of distance and ease. Staying in the same complex? Well, that’s part of the longer story...

Anyway, we started moving on Sunday. That was when we finally decided that we had to move, and signed a new lease. At 15:00 that afternoon, I walked into our new apartment for the first time. Until then, I had only seen it in photos that Alex had taken (she did the scouting). It’s on the third floor (our previous apartment was on the second floor), but still faces the lago. It’s not right on the lago — the positioning is a little more favourable (less noisy, and no stupidly bright light shining in the window).

But it’s far from perfect. The living space is a bit smaller, and the kitchen is — no word of a lie — less than half the size of our previous one. The master bedroom has only a double bed (we previously had a king-size bed). Our closest is half as large, and there’s virtually no shelving space at all.The ceilings are very high, which is a blessing and a curse — it’s airy, but also a waste of space. Our last apartment was perfect. This one? Not so much. But it’s a place to live, and displaces our family as little as possible. 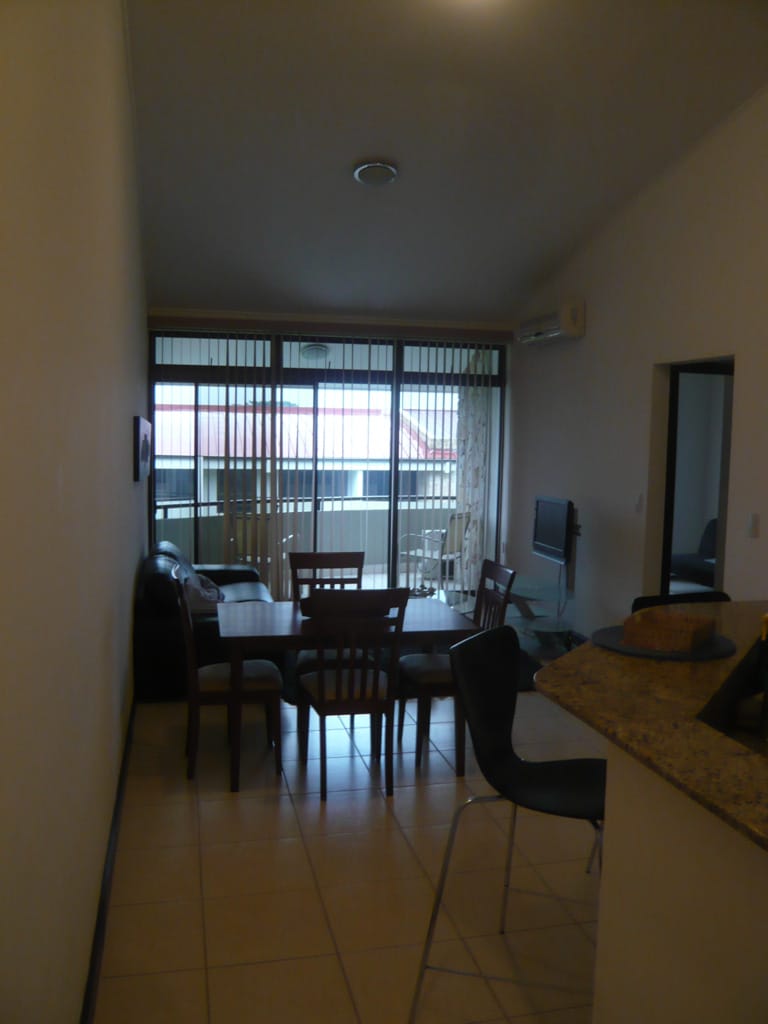