Today was Father’s Day. Not just here in Costa Rica, but in many other places around the world. Today was a special day in many ways, notably in that you and I got to spend a lot of time together (sadly, something we don’t get most days), and that you gave me a wonderful present: a photo of you, and a nicely-coloured picture of your favourite Sesame Street character — Elmo! (Even if Mommy had to help you. A lot.)

You also gave me another wonderful gift: sleep. You let us sleep in a bit instead of getting us all up for 6:00 (or earlier).

Mommy treated us to her special pancakes, made with cocoa powder. The were really yummy. You had three of them. (Along with a lot of papaya and pineapple.) After breakfast, Mommy and I showered while you played with our clock radio. I’m quite certain I’ll be getting up at 3:28 tomorrow morning to some strange radio station ... though more likely the buzzer, with the volume cranked all the way up.

Ready for the day, we all hopped in the car and drove into San José to spend some time in La Sabana park. The park is the largest urban park in Costa Rica (I think), and is very popular with people who live here. We’ve driven by it many times over the last year, but we’ve never actually gone into it before. That’s a real shame, as it is a really nice place.

The Dos Piños company (the ones who make your favourite milk — the one that comes in the red Tetrapak container?) had a booth selling ice cream, and a bouncy castle. Mommy tried to get you to go inside, but you decided that the bigger kids in there were too much and (rather wisely) left before you got hurt. 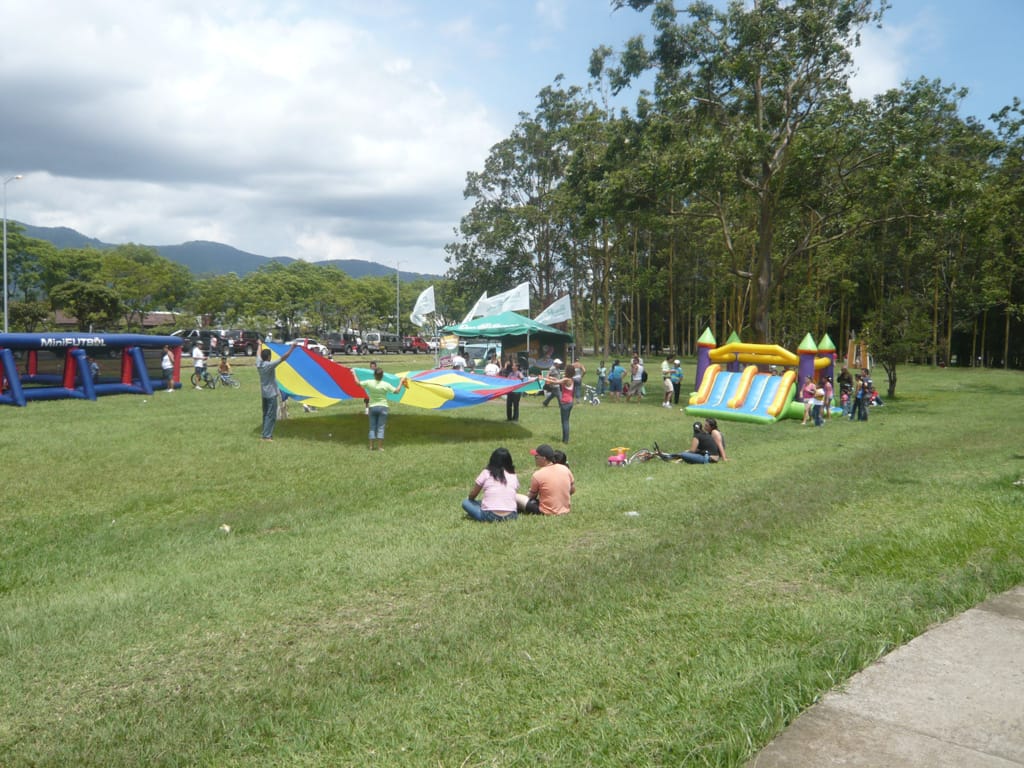 We walked along the lake, and saw some little horses go past. They were taking children for rides. You pointed at them and said "horse" (I believe it was actually "caballo" or something equivalent, anyway), and couldn’t stop staring at them. A foal (the baby horse) came right near us. You were rather mesmerised. 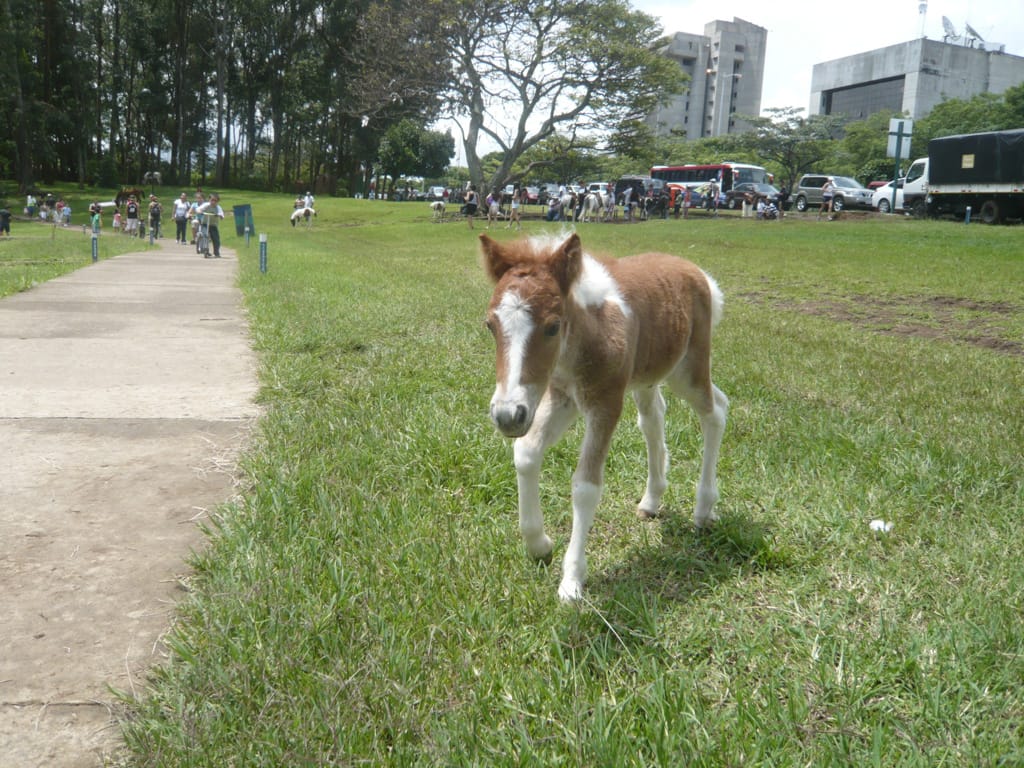 One note I’m going to toss out here: your vocabulary is increasing daily. You’re getting very good at repeating things others say to you, including words in Spanish. In fact, you tend to say "yo" instead of "me" (you still won’t say your name), are quick to utter "si" instead of "yes","vamos" in lieu of "let’s go" (though you do say "come"), and "agua" instead of "water". You say both "jugo" and "juice", but you’re still signing "milk" instead of saying them. But I digress...

The horse rides were a mere six hundred colones (barely over a dollar), and we couldn’t help pass up the chance for you to go for a ride. Sadly, you would have nothing to do with the horse and all attempts were met with screaming. Maybe next time we should have you touch the horse first before we try to put you on one.

Plopping you on my shoulders, we walked around the lake watching everyone spend their lazy Sunday enjoying the sun and the warmth. Some kids played in a spring that fed the lake, others fished for perch (I think they’re perch). Many others were playing football (what you’ll come to know as "soccer") in one of the many fields that dot the park.

In the shade of trees, we shared ice creams and you ate a small dish of Cheerios (one of your favourite snacks). That’s when we saw people actually zip-lining through the park. We’d seen the wires, but hadn’t thought them to be in use. It was almost comical to see them drift overhead.

We headed home shortly afterwards. We ate the last of our pizza, and then you went for a nap. So did I, after I made the mistake of laying down — I had a long, hard week and it really took the wind out of me.

Denise woke me up, thankfully, when she came to our door looking for help with her email password. We woke you up a little bit later, when Grandpa called. We had a problem with our connection with him, so he hung up — just as Nana called! We chatted with Nana for about 20 minutes before hanging up and calling Grandpa back.You spent most of that time running around with your cart, my iPod, and your milk, all the time without wearing a diaper. We’re trying to potty train you now, and you’re slowly taking to the potty. But you prefer to run around without anything on.

We went to Tandoori Palace for dinner, which had a surprising number of people there given that the three times I’ve gone to get dinner, there’s been hardly anyone there. At first we had the place to ourselves, but a family of eight arrived, then two more couples. But we had a fantastic dinner, and you tried a few new things like pakoras, lhassi, and jafrazzi.

And watched a lot of the Bollywood movie clips they show on the TVs.

You’re in bed now, after we played a bit more after getting home. You didn’t really want to go to bed at first, but you didn’t put up a single fuss. You almost never do.

Thank you for today, my sweet darling. You make it feel like every day is Father’s Day.