Mi Pequeña Niña has a surrogate grandmother, a lovely woman by the name of Vicki. And, no, I don’t know her last name. All I do know of Vicki is that she’s an international school teacher, had arrived from Syria a couple of months ago (having been shoo’d out by the government after the US decided to give them the finger over something trivial), and had fallen in love with our little girl (and our cat).

But then, doesn’t everyone?

When she left yesterday for her new position in St. Kitts (talk about your hard assignment), she left behind a very wonderful present for MPN — a little toy crib for her doll.

The crib was MPN’s gift. When I saw the name of the manufacturer on the box, I knew the text on the box would be my gift. 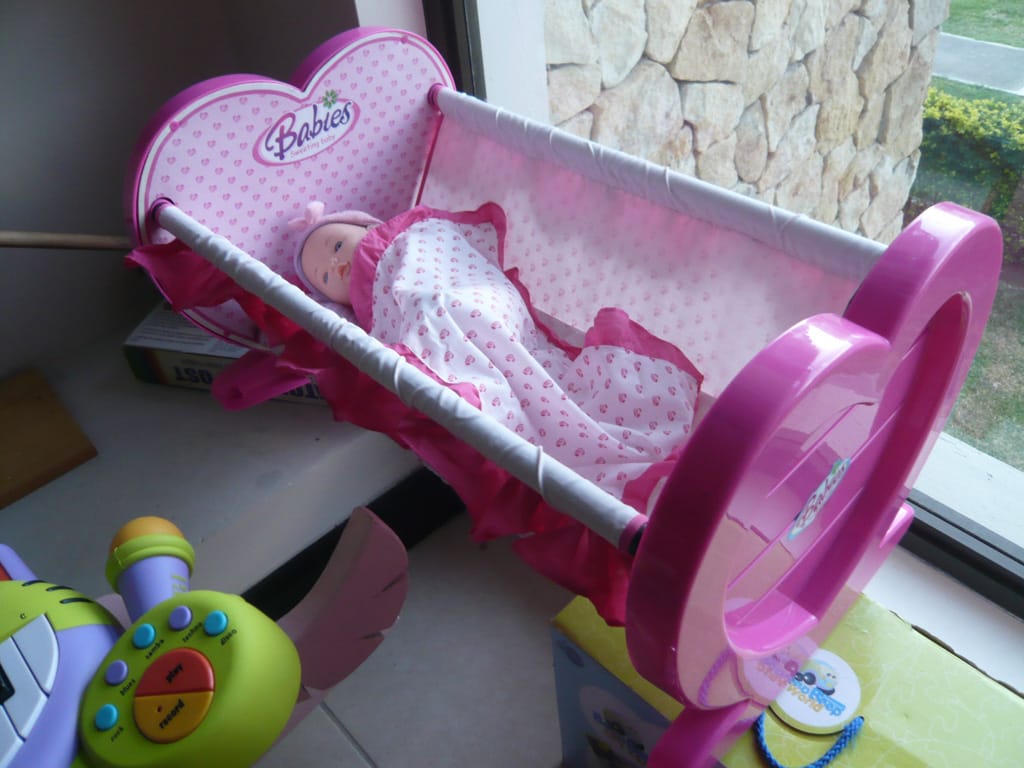 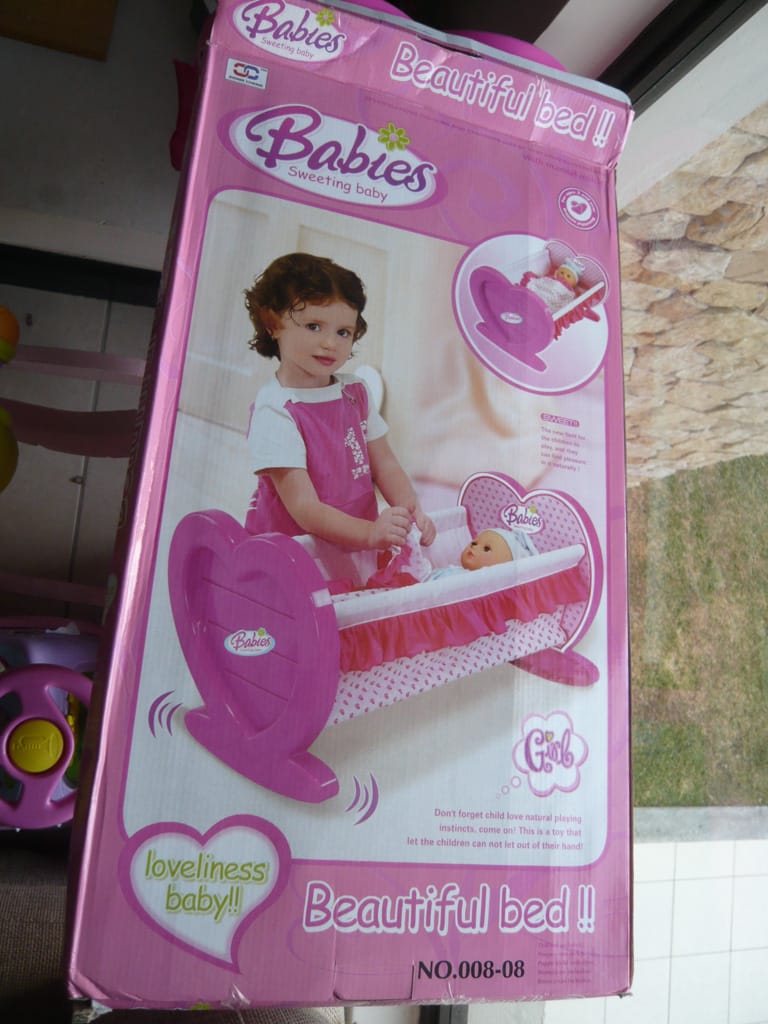 Not a terrible shock yet. You have to look closer for the fun stuff...

Is it just me, or does this look like the Barbie logo? And what exactly is a "Sweeting baby"? A "sweating baby" (not good), or a baby that’s been turned into rock candy (mostly disgusting)?

Then there’s this weird obsession with exclamation marks...

And children can find pleasure in it naturally. (Um... not sure where to start with that one.)

Finally, we found some decent English. Mind you, I wonder what the other languages came out as? Is there a Chrançais?

Naturally, I had a very good chuckle out of all that. I mean, how can you not? MPN loves the crib, though she doesn’t quite understand why her doll (who more often becomes a projectile than she is cuddled) has to sleep in the crib. Yet, anyway.

In all seriousness, I know that automatic translations systems are dodgy at best. But even Google Translate does a pretty decent job, if you have a basic understanding of the other language. But I could be giving it more credit, given that English to Spanish is pretty easy. Mandarin to English could be a bit tougher. Bite the wax tadpole, folks...