Sorry for missing Day 4, folks, but we were having a bit too much fun to go anywhere near a computer to blog about it. Nyah, nyah, nyah.

Yes, we’ve been busy. And been having fun. I mean, what else are you gonna do in New York City?

So, where to start?

We didn’t want to stick around the hotel any longer — the breakfasts here are so darned expensive considering the quality you get. So we opted to head off to a place Alex wanted to see: Alice’s Teacup, a teahouse up on 64th. Sadly, despite the published opening time at 8:00, the place wasn’t opening until 10:00. So we adjourned to the French restaurant we spotted along the way.

By the time we got back to the hotel, Mom was trying to check in. (Such began the longest check-in process I have ever experienced at a hotel.) We gathered together, chatted, and almost immediately put Mi Pequeña Niña to bed. It was nap time, and she was getting a little cranky. She didn’t wake up again until we stirred her until just after noon, at which point we all headed out for lunch.

My bright idea? Finding an eatery at Grand Central Terminal.

Yes, it’s the train thing. Suck it up. I haven’t seen a real train in months.

We found Michael Jordan’s (I don’t think it’s related to the basketball player) where we endulged in some seriously tasty edibles. (I think MPN got the best of all of us — her macaroni and cheese was fantastic). While we were there, we were entertained by a lightshow that was going on in the main concourse, which kept MPN completely fascinated. 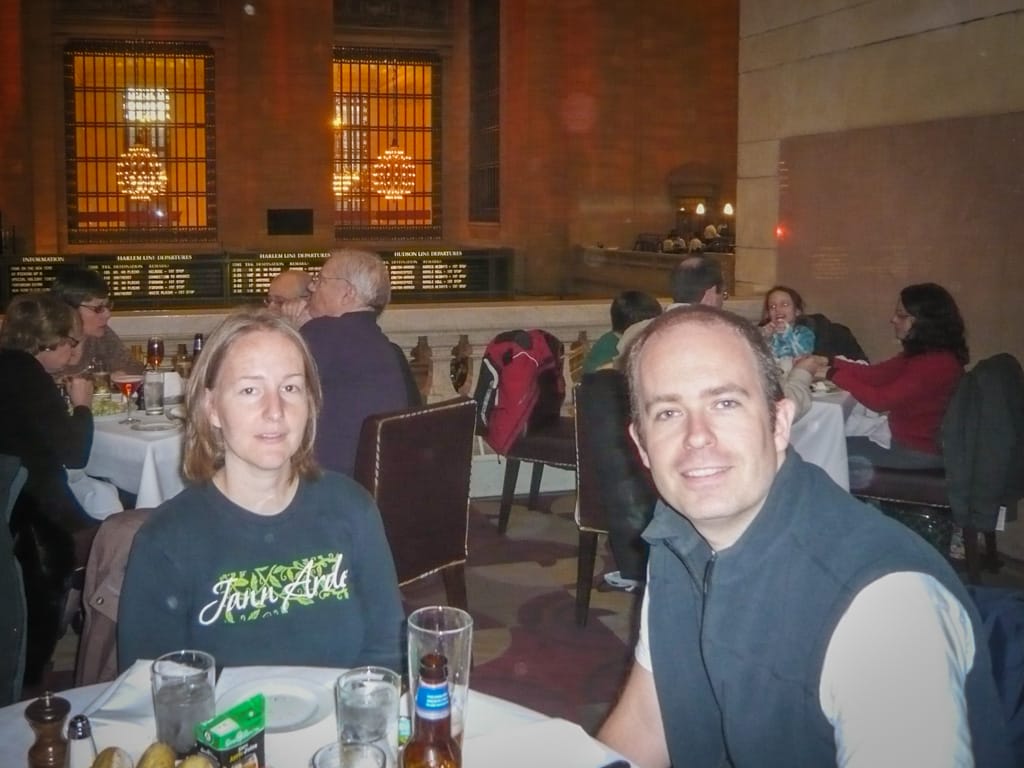 We strolled a bit, but ended up back at the hotel before long, about in time for MPN to crash again. Which was about the time Alex and I started planning our night out. It’s part of the reason Mom came down — to keep an eye on MPN while Alex and I tried to paint the town ... well, maybe not red so much as pink.

We walked to Times Square (again) and started our task at finding a place to see a movie, which was a lot harder than it seems. There are two movie theatres in the area (Regal and AMC), and you have to figure out which movie that you want to see is at which theatre. Which was about when Alex made it clear to me that she needed to eat dinner. That led us to some diner just south of Times Square with the driest chicken I ever ate. (But, admittedly, I’ve had worse.) 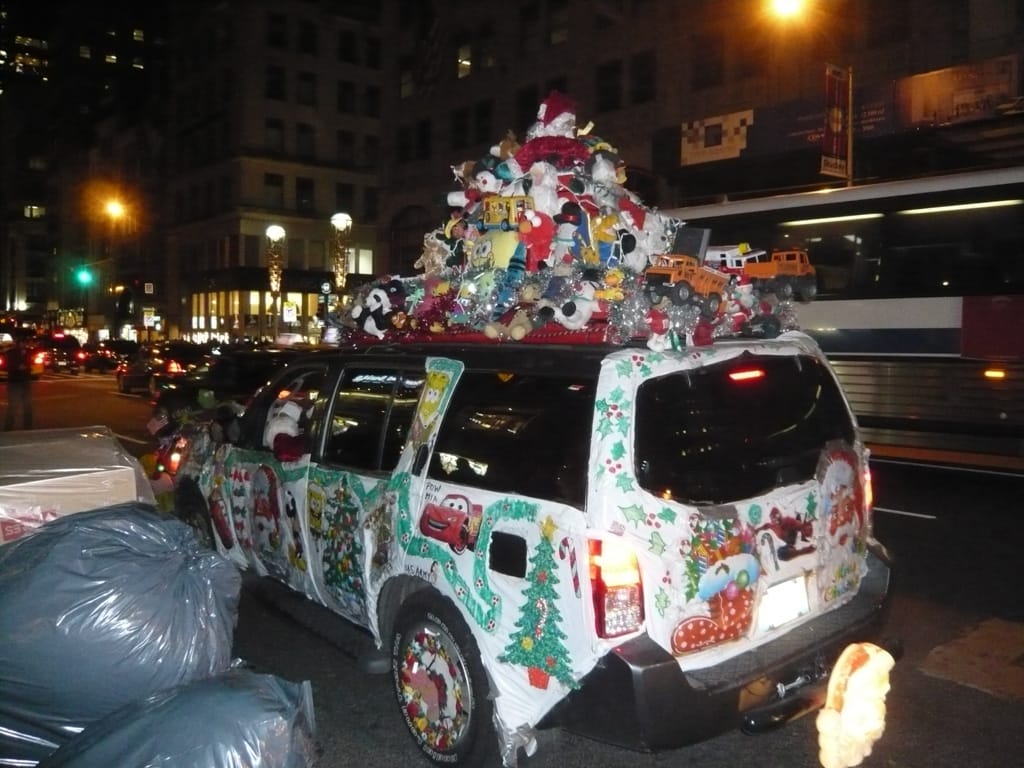 The movie, in case you’re wondering, was Bedtime Stories. Overall, a well done movie. And I’m still giggling at Russell Brand’s rendition of Sleep Panic Disorder. Then we hit the Virgin Megastore for more movies. I had a serious need for a movie fix. 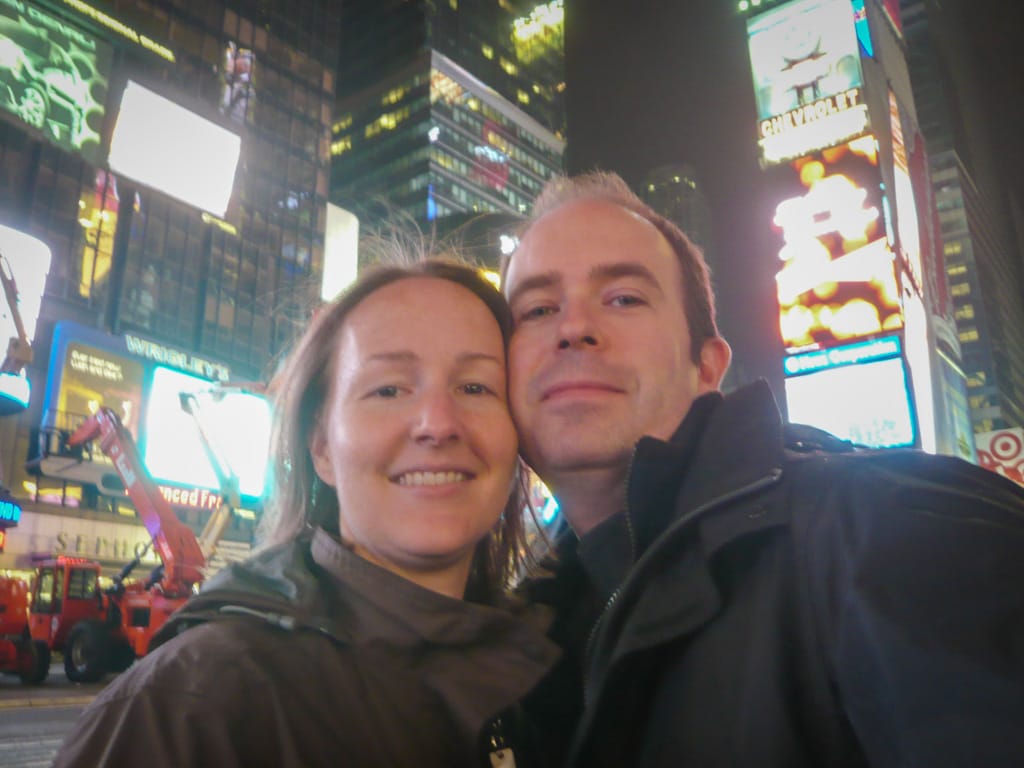 This morning started a little different, and much more slowly than the previous mornings. We headed off to the Waldorf Astoria (the next block south) for breakfast, and then returned for MPN to have another nap. By the time she awoke, it was time for luch, which was at Au Bon Pain a couple of blocks away. We hopped a cab and about 25 minutes later we were at the Cloisters Museum, a branch of the Met up at the north end of Manhattan island.

Barely 2 minutes after arriving, Alex realised in a panic that the little backpack that she uses to carry MPN’s stuff (and her wallet) were in the bag, and the bag was still in the taxi, now departed from the Cloisters. That sent me to a phone to cancel the credit card, and list a missing bag with the Taxi and Limosine Commission. That said, I was also told that it’ll be a cold day in hell before we get this stuff back, due to the way that the taxis run in this city. Which, I have to admit, is a little odd.

The Cloisters, for the record, is one of New York City’s unspoken gems. It’s out of the way, admittedly, which is why, but it is gorgeous. It was like the churches I saw in England, Scotland, and Ireland (although most of it came from France). Absolutely wonderful! I can see why Mark has said that he wants to hold his wedding there. (Well, when he gets around to getting married, that is.) 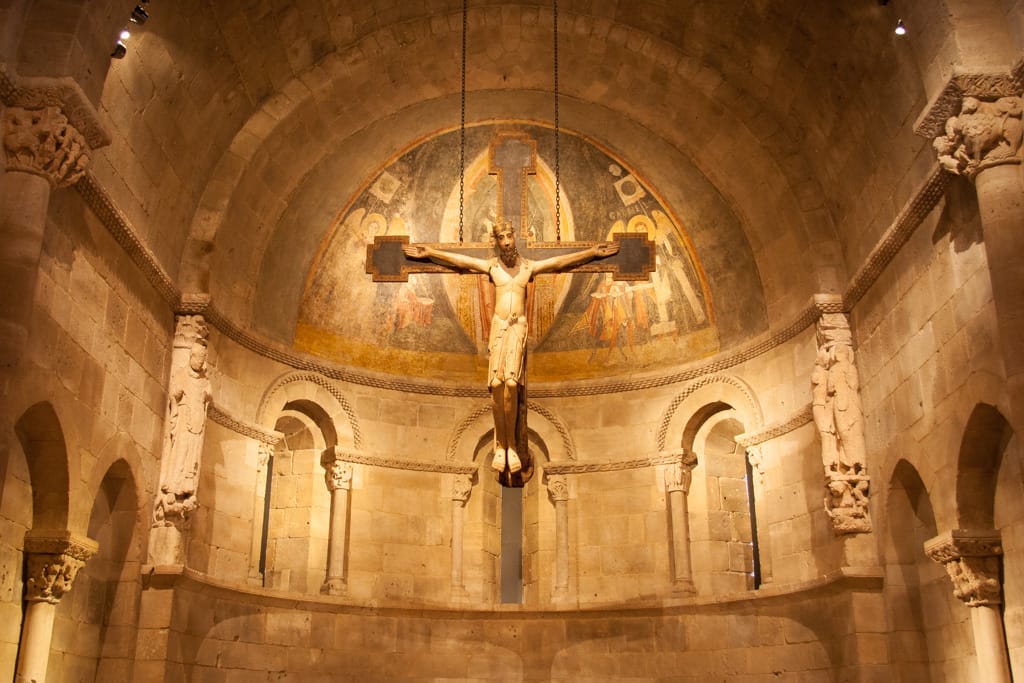 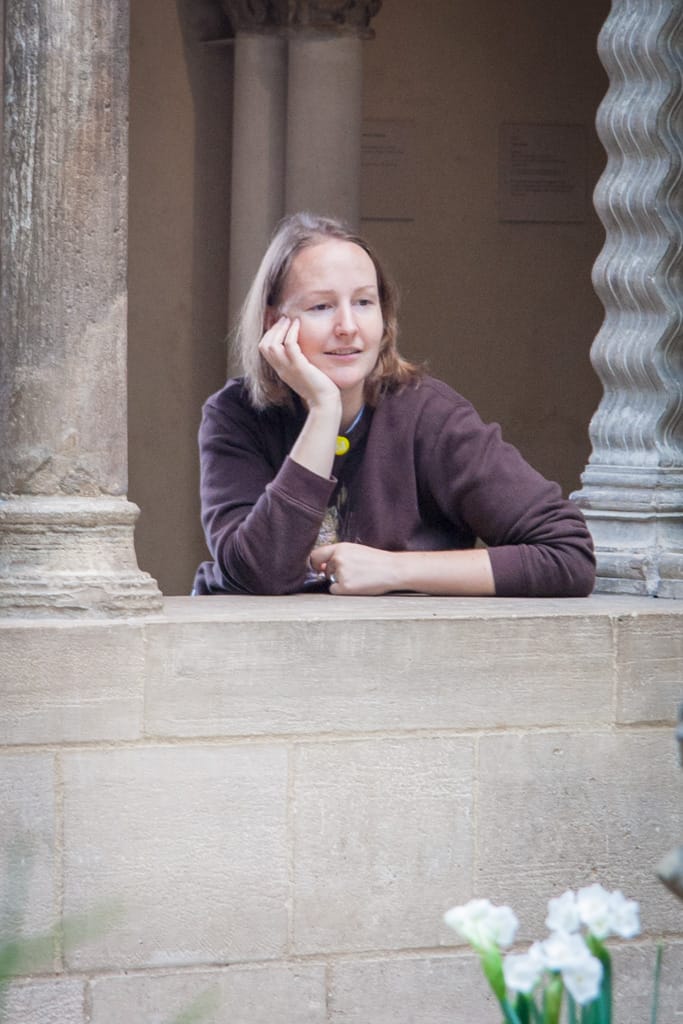 The driver of the hired car we took on the way back really didn’t listen to me and ended up taking us through Times Square. The hard way. (Believe me, there are easier ways.) He apologised for the mistake, and didn’t charge us what he should have charged us if he’d had a meter running.

Dinner was at a place called Bobby Van’s, a steakhouse on 54th between Lexington and Park Ave. We were perhaps a bit underdressed, but the meal was fantastic. I’m going to have such a steak hangover in the morning. And I’m going to revel in it as much as possible.

But until then, I’m exhausted, and looking forward to going home. (That’s Costa Rica, in case you’re not sure.)