Today, of course, is Christmas Day. We started our morning with a waltz down to breakfast in the hotel’s restaurants in our PJs. (Well, I wore clothes. I wouldn’t be allowed into most places with what I wear to bed.) Breakfast for all, with coffee for Mom and Dad. (For those of you keeping track, I’m at 12 coffees since I started.) 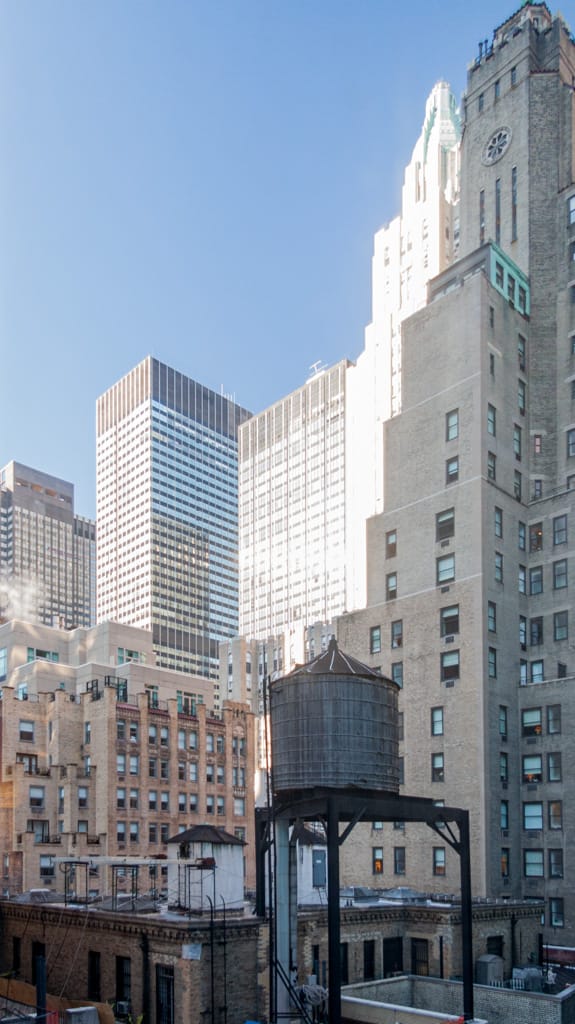 Then it was back for present opening. ‘Cuz it just ain’t Christmas without presents.

Due to our travel plans, Alex and I opted not to actually get each other presents. Instead, we went for the "Aw, Honey, You Shouldn’t Have!" move where we buy what we want for ourselves, and then thank the other for being so thoughtful. (Yes, it borders heavily on the extremely lame, but we neither need or want much, and it’s just easier to do it this way rather than try to bring it all, or remember what the other wants and try to purchase it when you’re rarely alone). Alex already did her book run earlier in the week. I might never get a chance to do mine, and I’m okay with that. Lately, I’ve been realising that I haven’t cared as much about me as I have about Alex and Mi Pequeña Niña.

The scavenger hunt wasn’t long — the presents were easy to find for Megan (that’s the point) and we didn’t have a chance to wrap anything. There will be wrapped presents back in Costa Rica, but for now she’ll do without. She found her new books in her stocking, her new shirts, and Yorkie (the name we gave to the stuffed dog). Then came much playing with all of them while we tried to find some sort of Christmas movie on TV. The best we could do was Bad Santa. Not exactly a kid-friendly movie.

We chatted with Cathy, Craig, and their kids (well, Tori — Natalee the newborn babe seems to be asleep every time we see her) — and my mom — while they were having breakfast, awaiting the time we could call Allen. Sadly, we had problems lining up our time with Allen, so we eventually had to give up and start working on our day. Bundling up, it was time for our Christmas Day excursion to the Central Park Zoo.

New York City never slows down, never stops. Even Christmas Day, traffic is bustling, people are everywhere, stops (some) are open, and it’s almost business as usual. It’s truly my kind of town! (No, I doubt I’ll ever get a chance to live here.) We walked from our hotel at 51st and Lexington to Central Park, watching all the people and wondering if we bundled up Megan well enough for the brisker-than-it-first-felt weather. In the end she seemed fine, and didn’t complain about the cold. (She would later complain about missing a nap.) 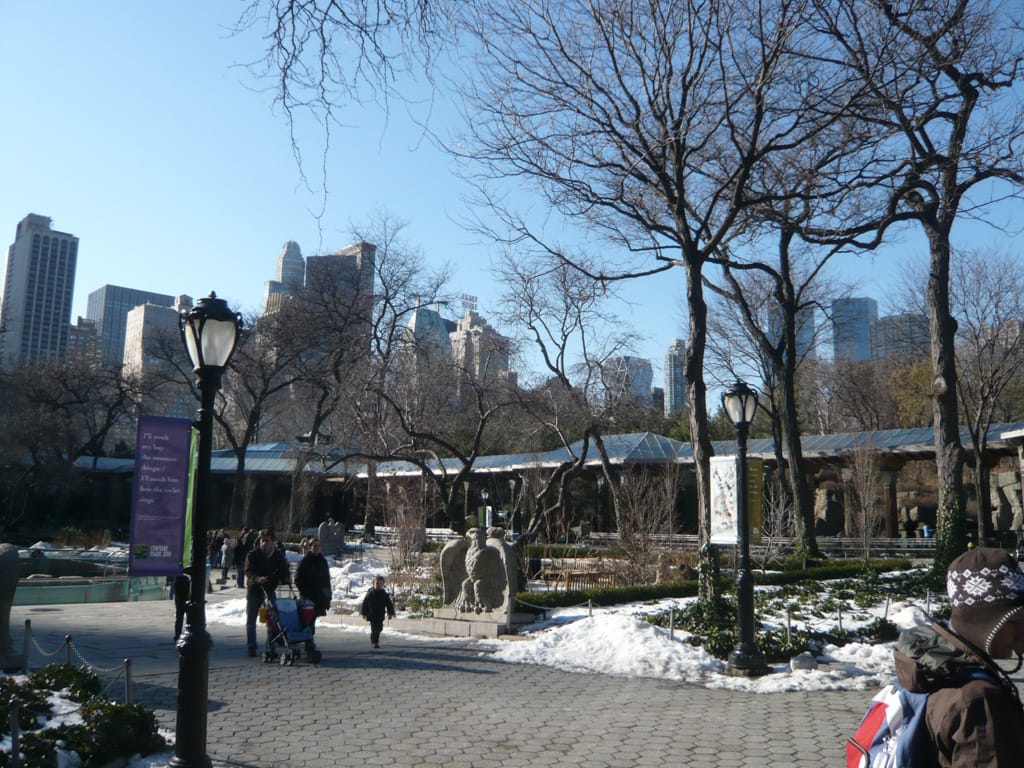 The Central Park Zoo isn’t what I thought it would be. Again, damn you Hollywood!, my vision wasn’t what it was. No attention-hogging lions, no wise-cracking zebras, no hypochondriatic giraffes, and no pushy hippos. Mind you, I could swear one of the penguins looked like he was up to something. (Mind you, it could have been a "her" — it’s hard to tell.)

Don’t get me wrong, the Central Park Zoo is really a wonderful place on Christmas Day. Not only does the clock chime Christmas Carols, but it’s not really busy, and easy to get around. It doesn’t hurt that the place is miniscule — literally the smallest zoo I’ve ever been to. (I’ve been to petting zoos that were larger.) Good use of the space, I should add.

By the time we were leaving, MPN was rapidly approaching meltdown due to lack of sleep. It was a near-race to get back to the hotel and get her down. Along the way, I ended up having to carry her (it calms her down), and before long I had a little bobble head baby — she was literally falling asleep and trying to sit in my arms. I leaned her forward into my chest and that was that — she went deadweight. Alex and I took the opportunity to go into the Oxford Cafe for lunch, putting her back into her stroller to sleep.

I had turkey. My only turkey of the day, as it would turn out. Alex indulged in perhaps the largest tuna salad bagel I’ve ever seen. It was far from gourmet, but given the circumstances, I was hardly one to argue. 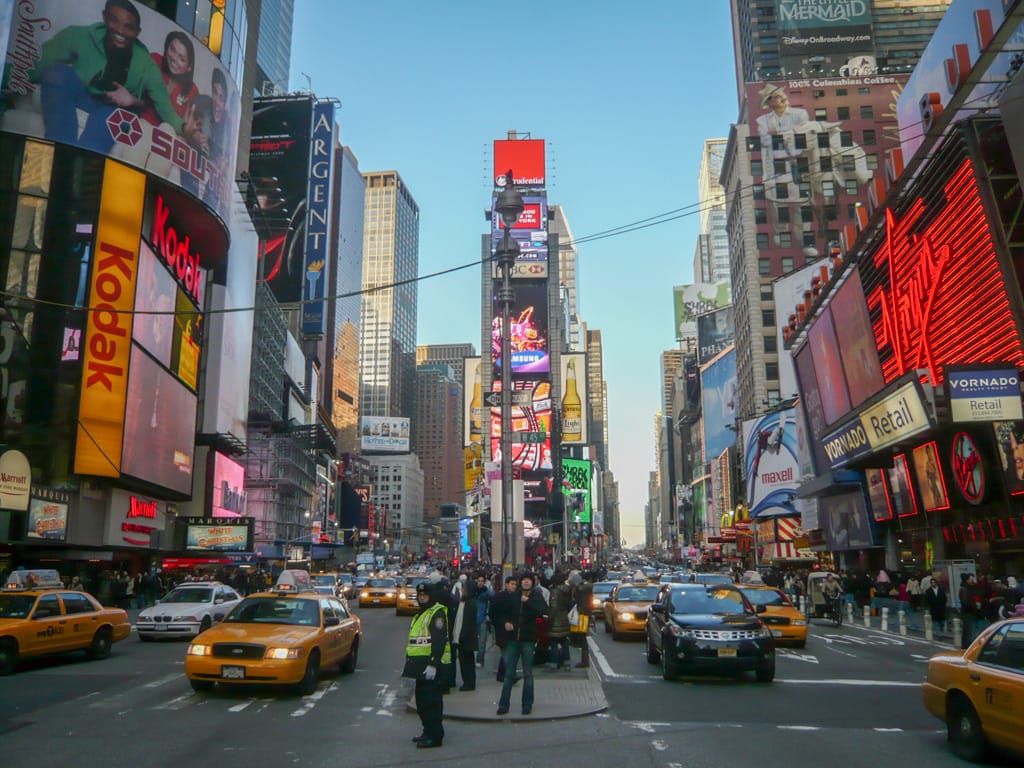 Although MPN woke up briefly on the way back to the room, it was a tenuous consciousness, and it wasn’t long before she was back down and passed out. We tried to figure out where to go for dinner. While New York City truly is a wondrous place for food, Christmas Day is a little more limited. While (almost) every hotel restaurant is open, not all of them are easy to get into, have availability, or even turkey for that matter. We ended up going with San Martin, a nearby Italian restaurant.

Seafood risotto and fusilli primavera. Not exactly traditional, but then this trip has been anything but — so why stop with dinner? I wouldn’t go so far as to recommend the place, however. It’s okay, but I wouldn’t call it "great".

MPN and I tried to check out Rockefeller Center while Alex endulged in a long-overdue bath. I think about half of New York came out for it, and I had the briefest glimpse what Times Square on New Year’s Eve must be like. It was a roundabout trip before we headed back and got the wee one to bed.

Speaking of which, it’s our turn to do the same. Mom arrives tomorrow, and we’re both in need of some serious ZZZs. I hope you all had a Merry Christmas. (And for those of you back in Canada, enjoy the Boxing Week sales!)