My dogs are barkin’. It’s been a day on my feet. A good day, to be sure, but a lot of walking, and a lot of standing. The same was true for Alex, and it would be for Mi Pequeña Niña if she hadn’t slept for a solid hour or so while we were walking about. (Considering that was her only nap of the day, that’s not a bad thing, either.)

The way started out as a rough plan to go to the Empire State Building, and check out the view of Manhattan. But our plans here are very flexible. Aside from the fact that I’ve been to New York City twice before, we’re travelling with a napping toddler, who is apt to change our plans at a moment’s notice for any number of reasons. So I try not to go too crazy when plans are forced to change.

Following a decent breakfast, we dressed for our run out to the CitiGroup building, and hop the E train eastwards to the 7th Ave station, where we switched to a northbound B train to 81st St. The stop, for those of you who don’t know, for the American Museum of Natural History. I’d seen it once before from the outside, but had really wanted to visit it since seeing "A Night At the Museum".

A couple of things about the New York Subway system:

The main entrance to the AMNH is made up of three small revolving doors. Not suitable for all strollers, certainly not ours. I had to go in through the planetarium entrance and work my way back to the main entrance. Which wasn’t easy due to malfunctioning elevators (and a near total lack of signage for alternatives). I’m certain that Alex (who went in through the main entrance) was wondering where Mi Pequeña Niña and I were.

When we did finally meet up in the main entrance hall, I was supremely disappointed. That massive entranceway in “A Night At The Museum”? About a third of that size. No statue of Teddy Roosevelt on horseback. No round front desk. There is a dinosaur — three, actually. But it’s just not as impressive. (Other things that seemed to be missing: Dioramas of railway builders and Roman legions, Civil war soldiers, and an Egyptian wing with a golden plaque that brings things together at night. But I digress.) 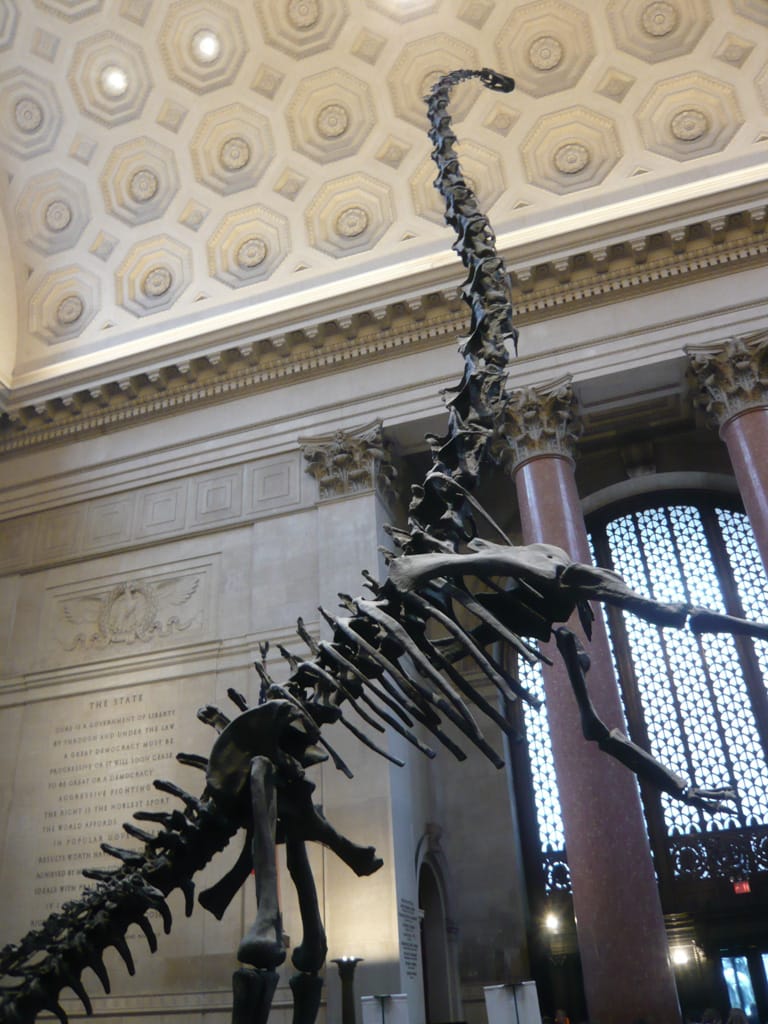 Our first stop was at a temporary exhibit — a butterfly garden. It is with supreme irony that we flew five hours from Costa Rica to visit a butterfly garden with specimens from Costa Rica. (And in greater numbers than we’ve experienced before.) MPN was enthralled with all the butterflies, with them fluttering all about. The guides there (all volunteers) were all really well-educated about butterflies, too.

We moved on from there, moving to the 1st floor, in search of the Spitzer Hall of Human Evolution. (Alex would have a PhD in Anthropology by now if she’d known about anthropology before going into university.) To get there, we went through the Hall of Biodiversity, the Environment of New York State (featuring exhibits that hadn’t been dusted in at least 40 years — and looked about that dated), before passing a café on the south-west side. 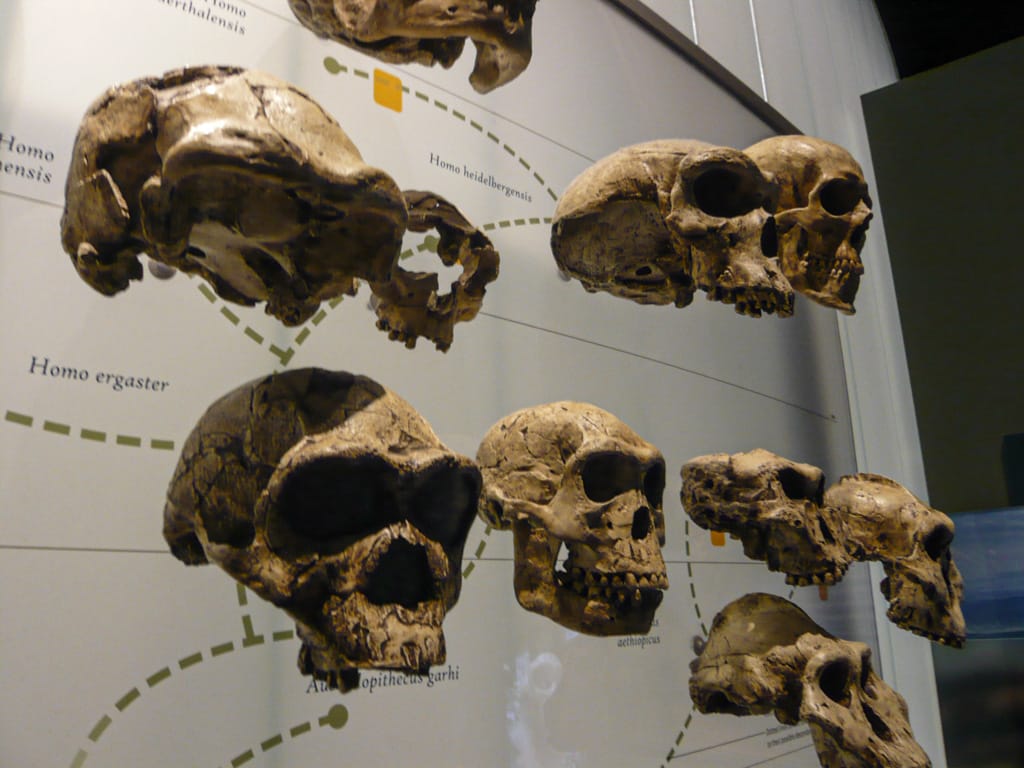 It gave us a chance for a quick bite (I eschewed the $10.50 sandwiches), before we entered the Spitzer Hall. That was about when MPN finally passed out. Alex read every letter of every sign in the hall. I scanned many of them, reading more into the things that interested me more (e.g. the various branches of evolution that led to homo sapiens, and especially those branches that turned out to be dead-ends. (I still want to know where Neanderthals came from, and why they died out.)

While Alex continued to review evolution, I strayed along, eventually finding my way into another “hall” (the Arthur Ross Hall) dedicated wholly to meteorites. In the centre of the room was a particularly large specimen, Ahnighito (so dubbed by the Inuit of Greeland), is effectively a massive chunk of iron clocking in at a serious 34 tons. (That’s Imperial tons, by the way — some 68,000+ pounds.) It doesn’t look like it weighs 34 tons when you first see it. But when you touch it, you suddenly feel the weight of its mass and the distance it’s travelled. I also ducked into the hall of minerals next door (at one point, I was a budding geologist) before returning to Alex and we continued our excursion around the museum.

This being Christmas Eve, we planned to hit a Christmas service. I suggested St. Patrick’s Cathedral, a particualrly wonderful example of gothic architecture just across the street from Rockefeller Center. But when we arrived, we found that we weren’t the only ones with the idea. Most of Manhattan gets this idea. Tickets for the event were apparently sold out by Labor Day.

Fortunately, there’s a non-denominational church nearby (though I think its roots are in the Anglican church) called St. Bart’s. We popped in there to find plenty of seating. The only problem with the service, sadly, was MPN, who would have none of this sitting still crap. Alex and I ended up having to take turns keeping her pinned down (or occupied) as not to disturb the entire church. Murdo’s talk of hearing MPN’s “music” was not echoed here. 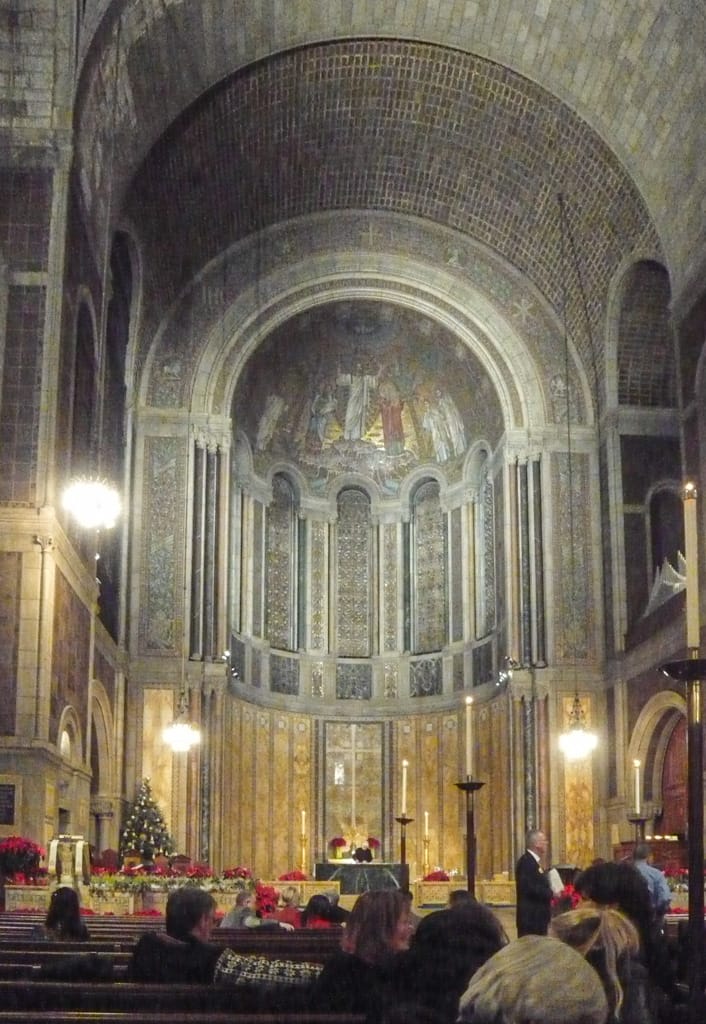 When we left, it was raining. Yes, raining. It’s Christmas in New York, and it’s raining. The chill we first felt at landing is now gone, and I find the weather much warmer. Why didn’t we stay at home in Costa Rica?, you’re asking, I’m sure.

Alex made a desperate last-dash to a nearby CVS (drugstore) for some Christmasy things, such as a string of lights (very important), some decorations (right out of the classic “Rudolph the Red-Nosed Reindeer” TV special), and the only tradition that we’ve had every year thus far — Turtles (the chocolate kind).

And on that note, it’s now time for us to go to bed. So to all of you, Merry Christmas to all, and to all a good night.