Although we’re still trying to figure out how to get the most basic things (like reliable phone service), we did manage to throw together a halfways-decent Christmas Party this year. I can take no credit for this whatsoever, as Mark pretty much handled all the basic groundwork for it, with Angelica finishing off the key part of securing a caterer.

Me? I was nose down trying to figure out how to get everything done before we leave for New York City (which is tomorrow, at 13:20). Mark is a master juggler, a skill I’ve sadly let slide now that I’ve got a few more things to juggle. Party organising just doesn’t seem to be one of them.

We had it on Friday last, and held it (luckily for Alex and I) at our condo complex here in Santa Ana. It was convenient because we could rent one of the two barbecue pits (really, small houses) and the "lounge" space up at the pool area for about $80. It’s a nice area, and on a nice night (which Friday night was a truly fine example), it’s a great place to hold a gathering.

Mark and I effectively forced a complete shutdown of the office (given that we manage the two teams, and they weren’t packing up fast enough), and forced everyone to jump into awaiting cars (we ended up with too many cars — I didn’t need to drive after all, much to my and Alex’s chagrin). Fighting through traffic, we found our way to the condos, and I into my apartment to collect my family (Alex and Mi Pequeña Niña were also coming).

At the top, everyone was slowly beginning to loosen up. Sadly, with warm drinks, that came slowly. When the caterers finally arrived (20 minutes later), they brought the much-needed ice to get everyone to relax a bit further. And much chatting was had. And much drinking. Which is pretty much required of any given Christmas party (or Fiesta de Navidad). 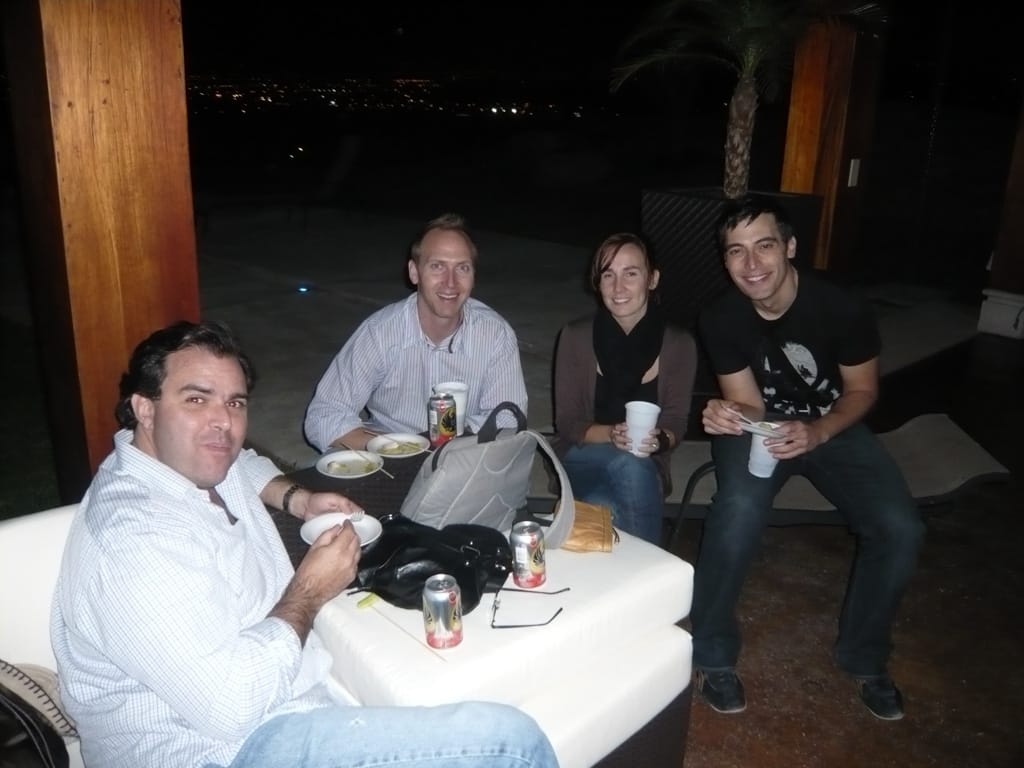 Sadly, the food didn’t sit well with Mi Pequeña Niña, and she ate almost exclusively potato chips and pretzels. It was without doubt Alex’s and my lowest point as parents to date. Alex did try to feed MPN something a tad more substantial later, but it didn’t go over well, so I’m told. 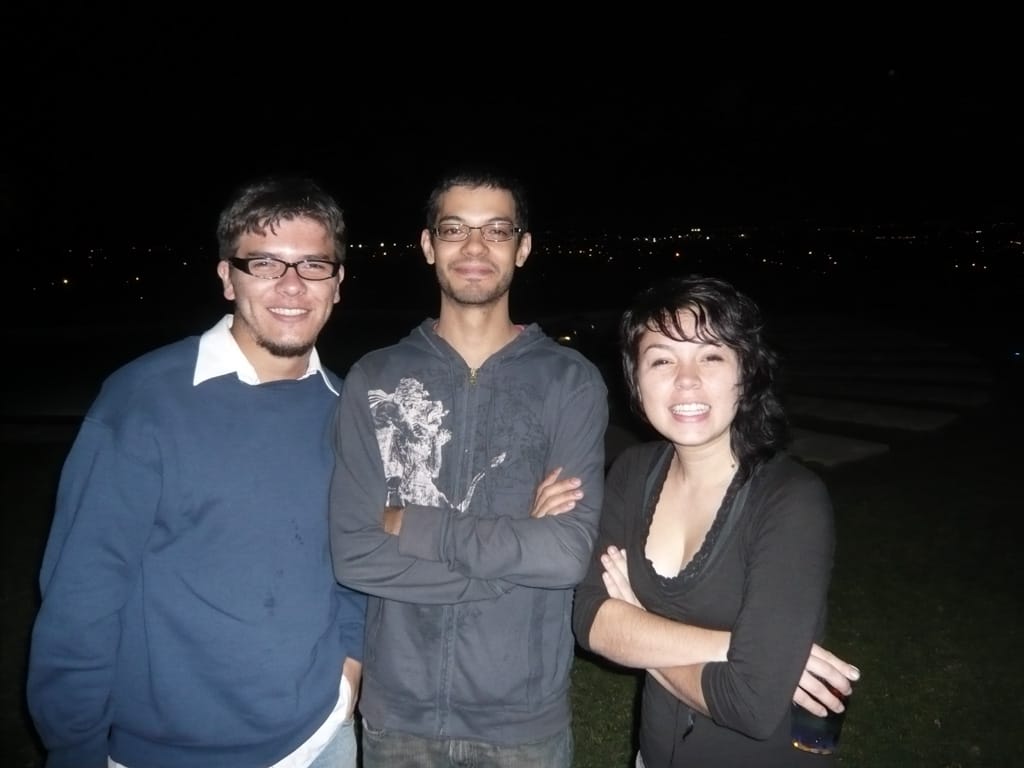 The final Secret Santa (Amigo Invisible) came out and parties were revealed as the final gifts were handed out. I had refrained only from a complete lack of reliability (namely that shopping for anyone would be difficult at best). Alex would later admonish me for not giving her the opportunity to shop; I immediately felt kind of stupid for not even thinking of that. 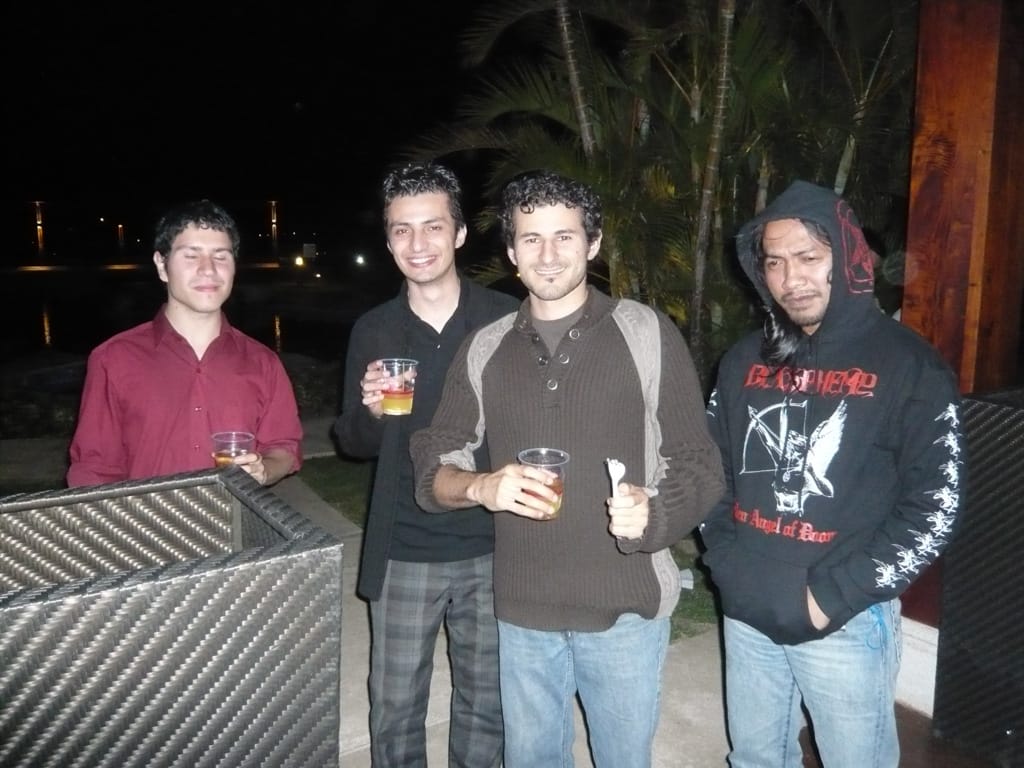 The gringos also got a present from our new staff — lovely leather wallets and pens. I was rather taken aback, not having expected this one iota — I’m more happy to see these guys happy in their jobs than receiving recognition for anything. Naturally, we had to make a speech. Somehow, and I think it was mostly due to the beer I’d already consumed to that point, I volunteered to make one ... in Spanish. Aside from a couple of words I simply didn’t know, I did my best to produce something that sounded reasonable, and not too terrible. 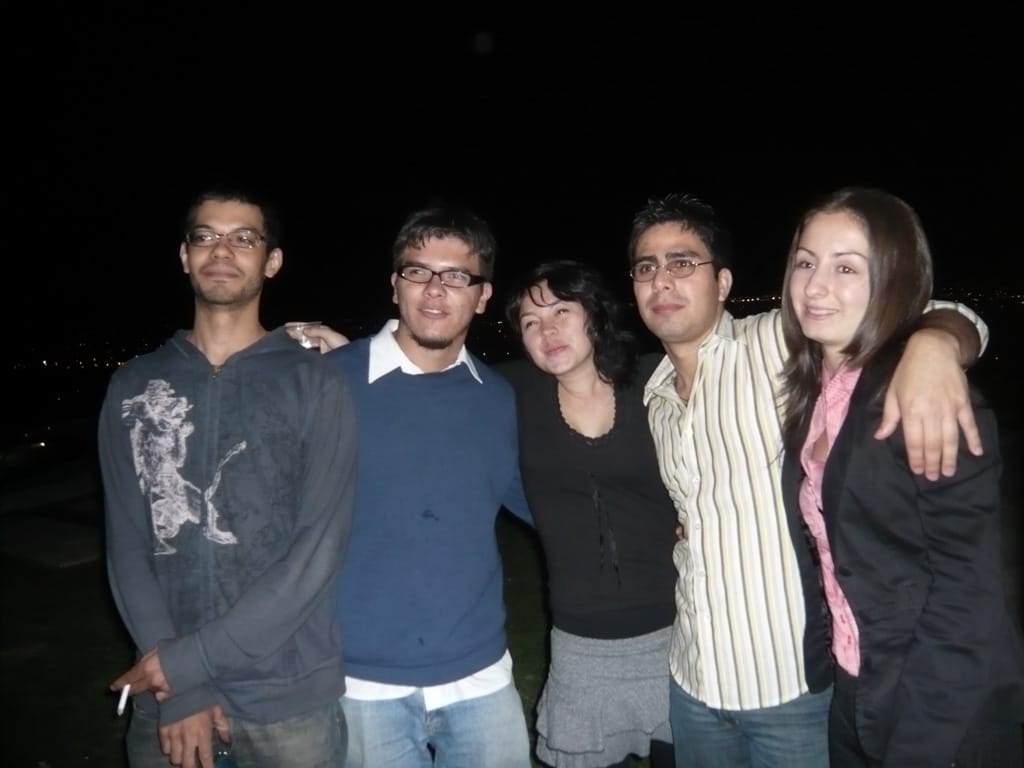 I personally think I did a better job much later on, when I was talking with Diego almost entirely in (really bad) Spanish. 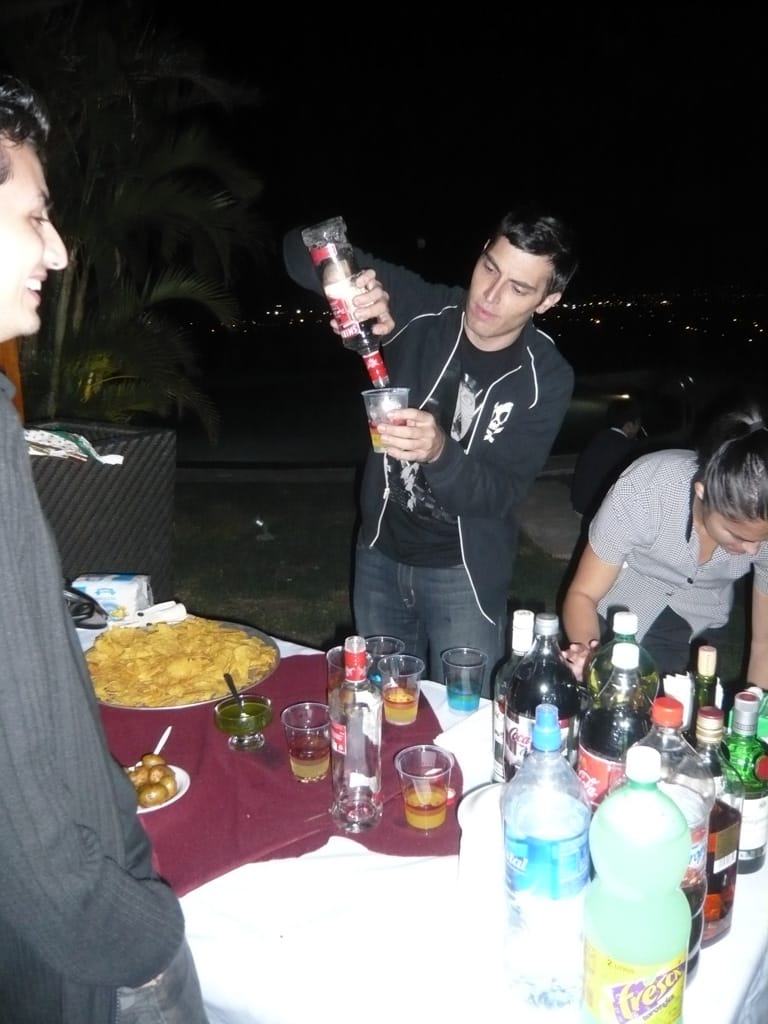 Slowly, but surely, people began to trickle out until the taxis arrived at 23:00. That’s when almost everyone left except for Diego, his girlfriend (or wife, actually, I’m not sure which it is), David (who wasn’t through partying just yet), Hermes, Mark, Jason, Jen, and I. Jason and Jen ran for their car shortly thereafter.

By the time everyone finally left, it was after midnight, and Mark, Hermes, and I were left cleaning up the disaster left behind. Actually, that’s not entire true. The disaster was pretty light, when it came down to it. We had a few things we had to take back (notably leftover booze), but it was pretty easy all things concerned. We loaded the rest into Mark’s truck, and the three of us headed down to Mark’s apartment, Hermes roof-surfing the whole way down. 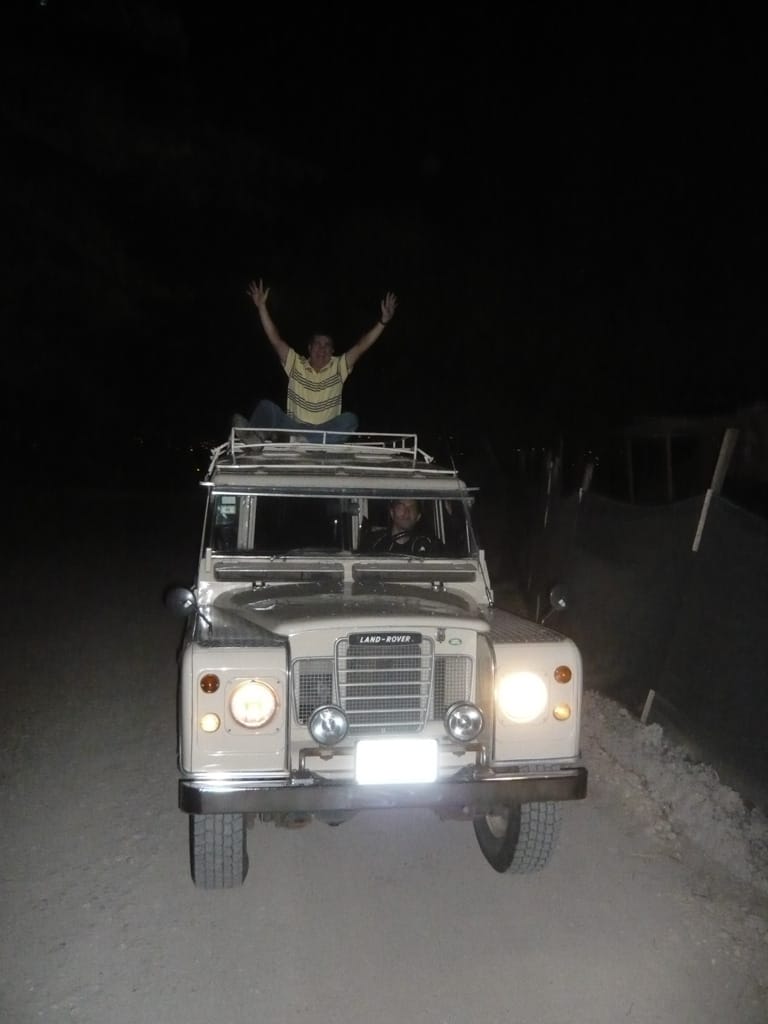 I think I went to bed around 2:30. That’s mostly a guess without any real knowledge of what time it was. But it was a good first party.

Now to plan the next one...