I’m sitting near the edge of the illuminated blue-green pool, laptop burning a hole through my lap (as usual, the laptop is too wam to actually keep on a lap), spending some time outside while Mi Pequeña Niña is sleeping. 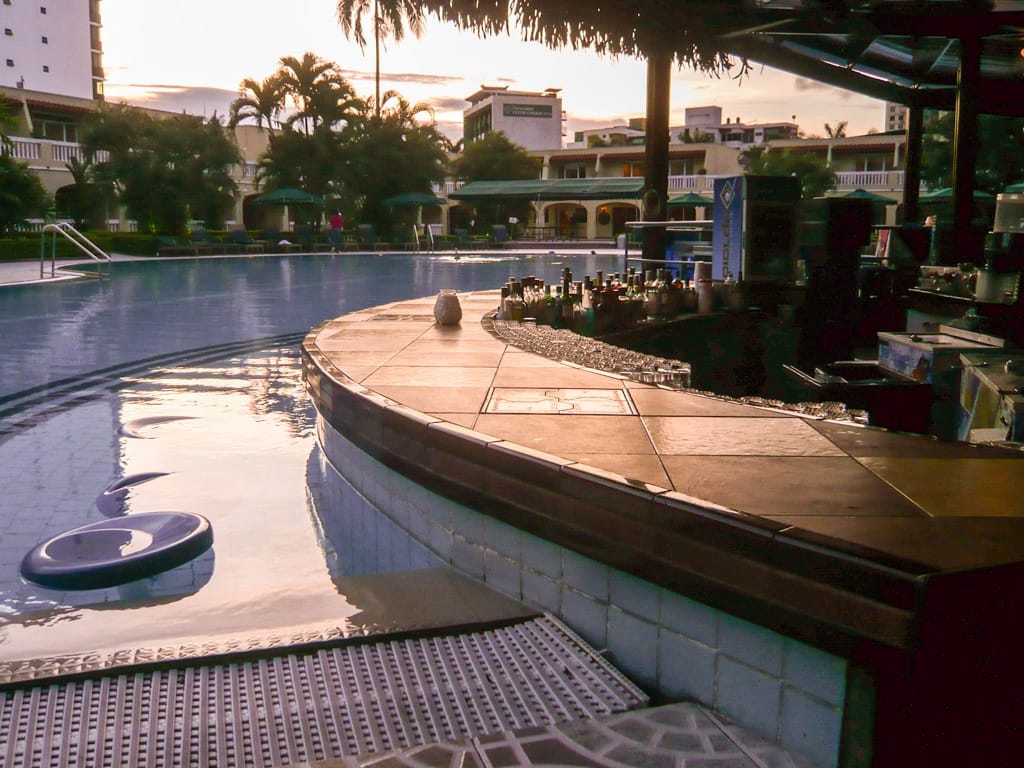 Yes, we leave her in a hotel room to sleep alone. It’s either that or we go to bed way too early, or we keep her up. Not much wiggle room, there.

Anyhoo, we’re sitting down by the pool to relax a bit before going to bed.

Our first day in Panama was much quieter than I’d expected. After breakfast, we wanted around the hotel a little bit before we all ended up in bed (MPN long before Alex and I). Arriving at the hotel at nearly 01:00 this morning and getting up at 8:00 after very little sleep (and a very long week) really takes its toll on you.

After that, it was off to Multiplaza Pacifica for a little shopping (we only ended up buying a book and a pair of water wings for MPN) and lunch. I had hoped we might be able to do Casco Viejo today, but time didn’t allow.

Dinner was pretty much a let-down as well, as we couldn’t stay far due to the wee one’s need to eat. Combine that limitation with a loud, annoying live band, it made for a limiting day. Admittedly, not renting a car added to that, so we can’t really complain too much. In retrospect, we probably should have rented a car due to the lack of seatbelts in cars here — national law seems to only mandate them for the front seat. And without a car seat for El Bebe, we need to have them for us to hang onto her.

Not sure what we’re going to get up to tomorrow. Alex has hinted she’d like to see the Canal, but she also wants a pedicure. So we’ll see what happens.

Admittedly, I find this an interesting test for the work we’re doing with Panama Tourism, as this is exactly the situation we want to appeal to — people here on weekends. Now the question is: how to make it accessible?