I had promised Alex that the second weekend we were in Costa Rica would be spent away from our apartment. I just had to find the right place to go. So I spent a fair bit of time working out the location, time to get to the location (because any estimates of travel time here are usually way off once you leave the #1), cost, and whether or not they had massages.

Yes, that is a consideration in her (and hence my) world.

I ducked out of work a couple of hours early on Friday. I knew the trip was going to be about two hours, and I also knew the traffic going through Lindora (where our current office is) tends to be pretty evil towards the end of the day. I zipped home, packed up the remaining parts that weren’t already packed, and the three of us took to the road.

Getting to the highway — the Panamerican highway #1 — takes about 30 minutes from where we are in traffic. It’s far from a straight route. Once we got to the highway, we still had to contend with a bit of traffic between where we got on (near Cervecería Costa Rica S.A. — CCR, which makes Imperial beer) and the airport (there’s a traffic light) and a couple of areas where the highway narrows to a single lane as you head west.

By this point, Alex was already well into the game of rhyming off places that we could go. Normally, when we did this back in Canada, she was much better at it. But Alex isn’t attuned to Costa Rican geography yet (nor am I, for the record), so the game wasn’t as lively as usual.

We drove until we got to Highway 3, which heads to Atenas. This is the "fastest" route to Jaco, which is the destination often used to help guide people.

If you look on the map, the road from the junction of the #1 and the #3 all the way down to Punta Leona looks reasonably nice. A little curvy in a few places, but overall nice. It’s about as misleading as a cigarette salesman. The road is 74 kilometres, packed into a straight-line distance of about 50 kilometres. That’s how much it weaves. The curves are tight, the valleys are deep, having a manual transmission is a God-send, and all the little one-lane bridges slow you down.

The information to find Punta Leona suggested (look for the sign, you can’t miss it). Well, folks, at dusk it’s pretty darn easy to miss the sign. It was almost dark by the time we got there (in just over two hours, I should add), and the massive PUNTA LEONA sign isn’t lit at that point. It’s not a town — it’s a resort.

This threw me a little. I thought Punta Leona was a town, and the hotel was a resort in the town. Nope. It’s its own little world. Security is high (you need to have a reservation or invitation to come in after 5pm), and it’s isolated. The drive from the front gate on the highway all the way down to the hotel area is 15 minutes through bamboo forests and the jungle.

Punta Leona is built into a rainforest. It’s one of the neatest things I’ve yet seen for a hotel. It’s a resort — a timeshare, so far as I can tell — and the construction puts it very close to two beaches: Playa Mantas and Playa Blanca. Technically, you can’t own a beach in Costa Rica (that’s what I understand), so Punta Leona still has to provide access to the beaches — they’re public property.

Mi Pequeña Niña was beyond hungry. Over two hours in a car was more than enough for her, and she wanted out. Alex had to get into the back seat for the last 1/3 of the trip to try and keep the wee one happy. By the time we’d turned off the highway and were driving down the 15 minutes of road, it was just "GET ME OUTTA HERE".

Jungle everywhere, but almost impossible to see. It was dark, and in the jungle, it gets dark quickly. We checked in, got our key and tried to go directly to dinner. But the restaurant doesn’t open until 19:00, so we opted to put everything in the room first. By the time we were done, the restaurant was open. I think we were the first to arrive.

The next morning, we finally got a good look at our little slice of heaven. We stayed in the Selvamor suites, which are little huts amidst the giant rainforest trees. After a bite of breakfast and a nap (for the baby, not us), we wandered down to the pool area for a morning of splashing around. 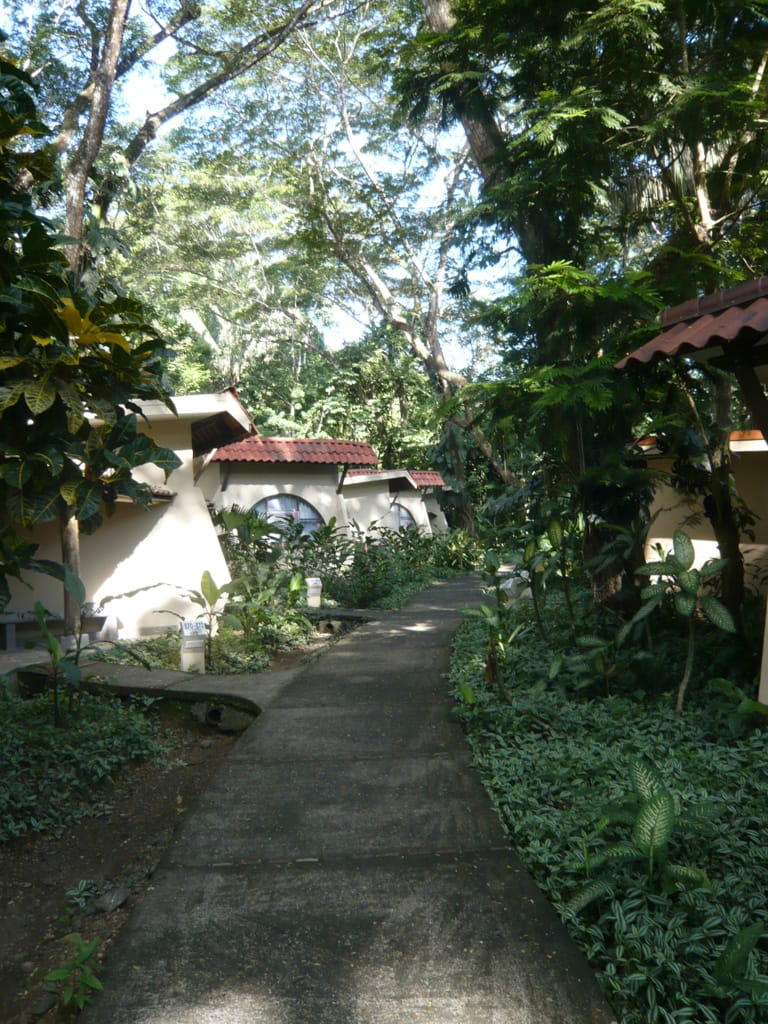 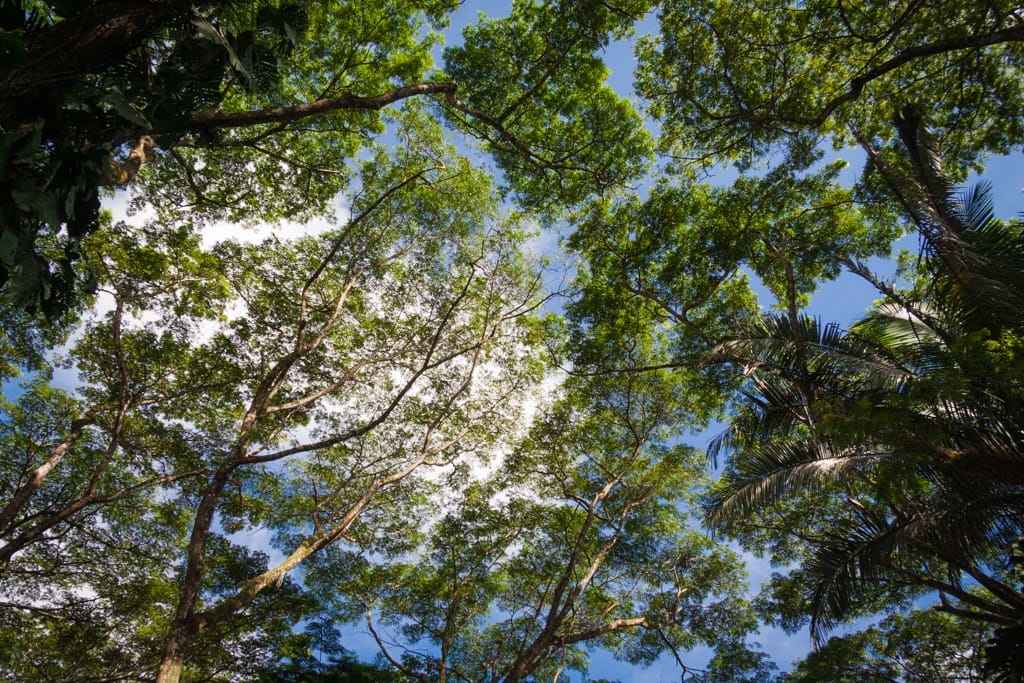 I should note that this is the baby splashing around, not us. She doesn’t know how to swim yet, and isn’t in water wings just yet. So she needs us to keep her head above water.

We returned to the buffet for lunch, as we didn’t really have anything for Mi Pequeña Niña to eat. The afternoon was much slower, with another nap, and some wandering around for Alex and I. (Yes, we leave our child in the room to sleep alone. The door is locked, and we’re very confident in the way she sleeps.) We ended up being caught in a tropical downpour. 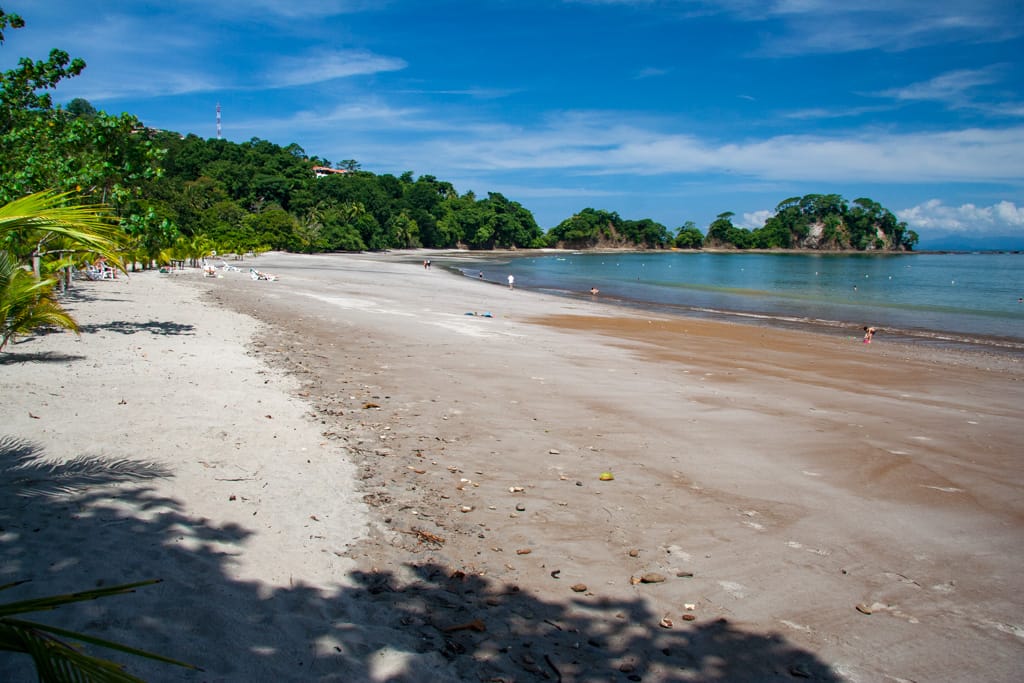 Before dinner, we drove out to Playa Blanca (walking there would have taken well over an hour) to watch the sunset. Sadly, the weather was against us and there was no sun to be seen. It would appear we have to wait a while longer before we can see another fantastic Costa Rican sunset again. It won’t be long, I’m sure.

At dinner, we met a rather interesting couple from — of all places — Calgary, who were on their 12th time visiting Costa Rica. Mi Pequeña Niña, as with every meal it seems, attracted attention from virtually every restaurant staff and from most of the nearby tables. There’s something about a blonde-haired, blue-eyed baby that doesn’t stop smiling that seems to get people happy.

Punta Leona, as I’ve already said, is surrounded by jungle. This includes all the jungle creatures that live there, including leaf-cutter ants, a couple kinds of raccoons (one of which looks like a slightly longer version of the one we’re most familiar with back in Canada), all sorts of birds, squirrels, and supposedly monkeys (but we didn’t see or hear any).

It’s also filled with stupid tourists who feed those animals human food. That bothered me a lot. I hate it when it happens in Canada, and there’s stiff penalties for doing it. Here? Well, it’s a blind-eye situation.

Following breakfast the next morning, I zipped back out to Playa Blanca to get some pictures in the daylight, while Alex and the Wee One went to the playground. Then the three of us began a much slower drive home. 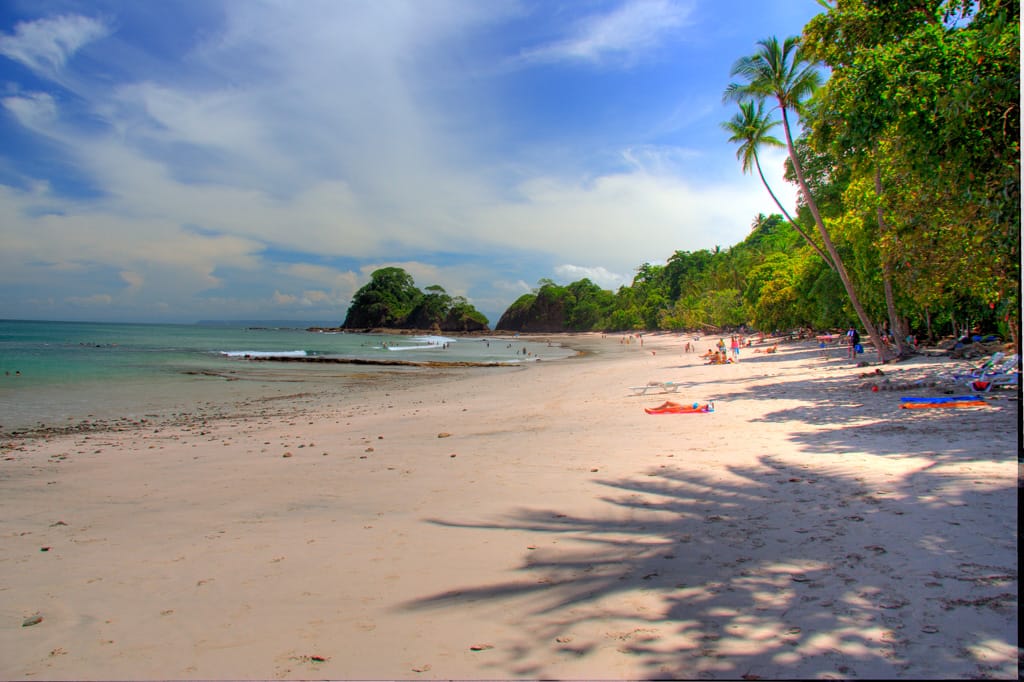 The route back was oddly harder than the route out. Some of the road signs aren’t particularly clear, and twice I had to turn around to re-join the right road. Alex caught me the first and third times, I caught myself the second. I’m sure with more practise at driving here, I’ll be able to read the signs a little more easily.

We stopped twice. Once at this place called Mirador Something-Or-Other, which is almost at the border of Atenas and San Mateo along a windy strip of road that makes the Trans Canada between Field and Golden look like a straight, flat line. The view was spectacular ... and the service exactly the opposite. We had something to drink and left. 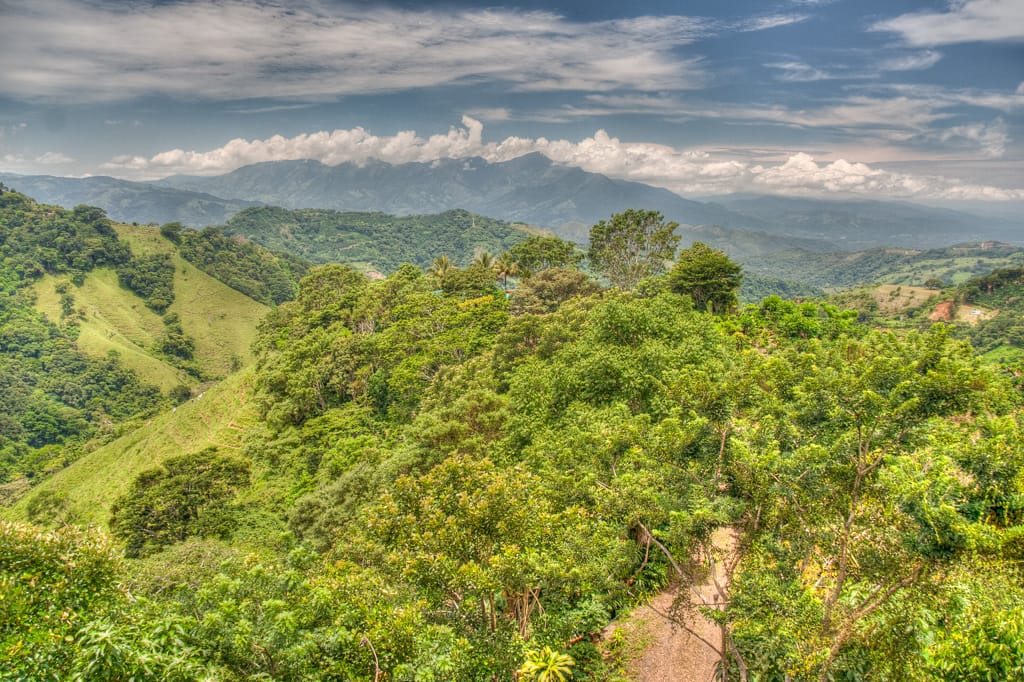 The second place was in an area with a number of small restaurants in Atenas. Alex chose one place that was as typíco as food gets in Costa Rica, but with a menu that featured English so we knew what we were eating. Mi Pequeña Niña ate a significant portion of my arroz con pollo (rice with chicken) and most of my steamed vegetables. She rather liked the rice, and couldn’t get enough. Noted, for future meals!

Arriving at home, I started to feel that it was ... home. I’m almost living here (the work visa is the only thing preventing me from saying that I am living here), and our apartment is starting to feel like home. This is good. ‘Cuz it’s gonna be a long couple years if I don’t feel like I’ve got a home to go to.