Way back in June — the 13th, to be specific (I guess that should have been a first sign, eh?) — I packed up a whack of things on my desk to bring down to Costa Rica. TeamMG (Mary and Morgan) arranged for this to be shipped down here by FedEx, a company I had used many, many times to get things from Point A to Point B quickly.

Problem: When a company doesn’t have a complete representation in Point B, you’re not going to get your box as fast as you thought.

The box I used was a photocopier paper box. They’re fairly strong, put up well with abuse. I packed it carefully, because I figured even with a "good" shipper like FedEx (more on that in a moment) that it might get jostled a bit. The box as received was battered, torn, well-deformed, and heavily-taped. This was definitely not the condition I expected to receive it in. 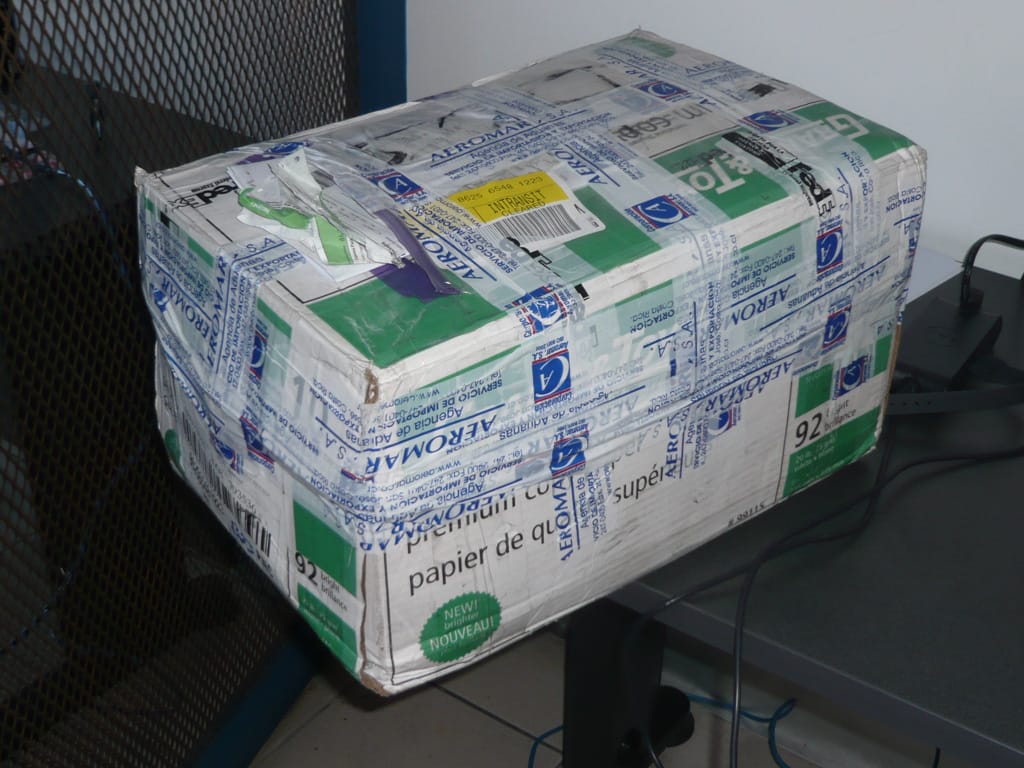 Only one thing was damaged — my Hawaiian Tiki doll (the God of Money). Something must’ve shifted and broke the legs off. The way I’d packed it, there’s no chance of that happening, but things were also moved around in there, so someone really did a piss-poor job of repacking. Should I claim the damages? I suppose so, but somehow the $3,500 dollars to fly back out to the Big Island to get a new one probably won’t come through. I think some crazy glue will do.

The process to get the box was insane. And it still is for Mark — his boxes are still in customs, and they want $200 to clear them. Each. All because Mark tossed in some running shoes in lieu of bringing them himself. What the hell! Apparently, Jason’s in a similar boat, and he’s got stuff that’s not even worth $50.

FedEx washed their hands of the affair, too. Apparently, once it’s inside Costa Rica, it’s not their problem. Well, FedEx, it’s definitely no longer your problem, as we’re no longer going to use you. Your competitor, DHL, seems far more competent and willing to help. Jerks.

Now all I need is some tea and some hot water...