We tried to survive without cars. Really. We took taxis everywhere, and suffered due to the language barrier and an unfamiliar taxi system. (We’ve been unable to get taxis when we need them — baffling, when you see them driving around — and gouged when meters have been turned on.) We could try the bus system, but so far we’ve been utterly unable to understand them. We don’t know what the routes or schedules are.

So we went to renting a car — an infinitely better improvement, as we can go where we need to go when we want to. And if we feel the urge to take a detour to explore a bit, it’s not a problem. But rental cars aren’t cheap — it costs a few hundred dollars a week.

The natural conclusion, and something we’d planned all along, is to buy a car. But it’s harder than it sounds.

In North America, you truck over to your favourite new (or used) car dealership (featuring the brand of your choice), negotiate, slide over some cash from your existing bank account, sign some papers, and drive away. (Yes, it’s an over-simplification, but the reality is that what I just stated is simplistic compared to here.)

For the moment, let’s assume we’re not buying new cars. ‘Cuz we’re not. We can’t afford new cars. They have a 25%-50% premium over what we would pay back home. It’s just the way of things down here. So very few people buy new cars. Most people end up buying used cars. Which is why there’s such a huge industry bringing old cars from the States over to Costa Rica.

To clarify that point — no, we could not bring our cars down. To import a car to Costa Rica incurs a 70%-90% import tax on the book value of your car. So even if your car is worth a measly USD$10,000, you’re still paying USD$7,000-9,000 to bring it in. So much for saving a couple of bucks. There are those who find cars dirt cheap (USD$2,000 or less), import them, pay the tax, and then sell them here for USD$10,000 because it’s still cheaper. You can’t do it with every car, but there are some (Range Rovers, for example) that can be flipped for a good profit. But it’s very much buyer-beware — some of these cars came from sales on eBay, and have somewhat sketchy backgrounds. A VIN check is highly recommended.

Used car dealerships are as common as coffee shops down here. Anywhere with enough space can be turned into a used car lot. And there’s rarely any discrimination between model, make, year, and features. They sell whatever they can get. Some cars are in decent condition, some in not-so-decent. It’s not totally a crap-shoot, though, since many dealerships offer warranties on the cars that they sell (even used). The length of warranty varies, but doesn’t seem to exceed six months.

On Saturday, Luz and Hermes took Mark and I out to find a car. Well, two cars — one for him, and one for Alex and I. Mark knows exactly what he wants — a Land Rover or Land Cruiser. He’s found exactly the right one, though, so this trip wasn’t likely to be as successful for him. It was more about other options. For me, it was find something. Which, dear reader, ain’t easy.

Luz and Hermes took us out to a place called Grecia, which is about 50 kms away from Santa Ana (where we live). Why so far? Because the road to Grecia is lined with about 25-30 used car dealerships. It’s the single best place in this neck of the woods to find what you’re looking for. In theory.

We didn’t hit every dealership. I think we left a couple to the side because it was clear they didn’t have what I wanted. What we need. In fact, of the 250+ cars I looked at over the course of a few hours, I saw only one “perfect” car. One. Solo. Uno. A little red Vitara. Exactly perfect, except maybe the red. Model year 2004, manual, 4×4, had the clips. The price? 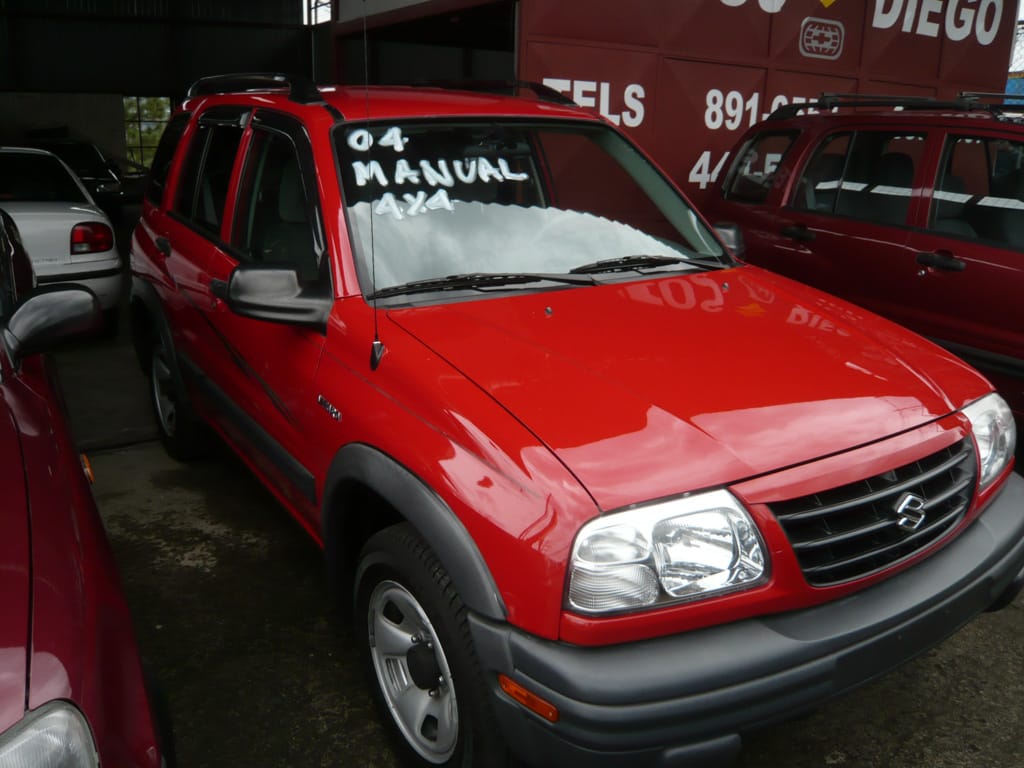 The worst part is that I couldn’t even buy it. The problem? No cash. A lot of these places don’t finance. So you have to buy out totally for cash, which ain’t easy. Especially when you have no bank account (we’re still trying to get all the papers we need to get bank accounts here — yes, we’ve been here almost a month) and your money is locked up in Canadian accounts without a way of direct access.

And my credit card’s limit is a couple thousand short.

We did at least get to see a bit of Grecia. Neatest thing? A metal church. It’s the Iglesia de la Nuestra Señora de las Mercedes (Church of our Lady Mercedes). For whatever reason (and I’m still trying to hunt down the story on it), the church was made entirely of pre-fabricated metal sheets. Welded, riveted, held together with magnets, I’m not sure. But it’s painted red (reminiscent of the Golden Gate Bridge) and pretty neat to look at. I can only imagine how often it must be struck by lightning, though. 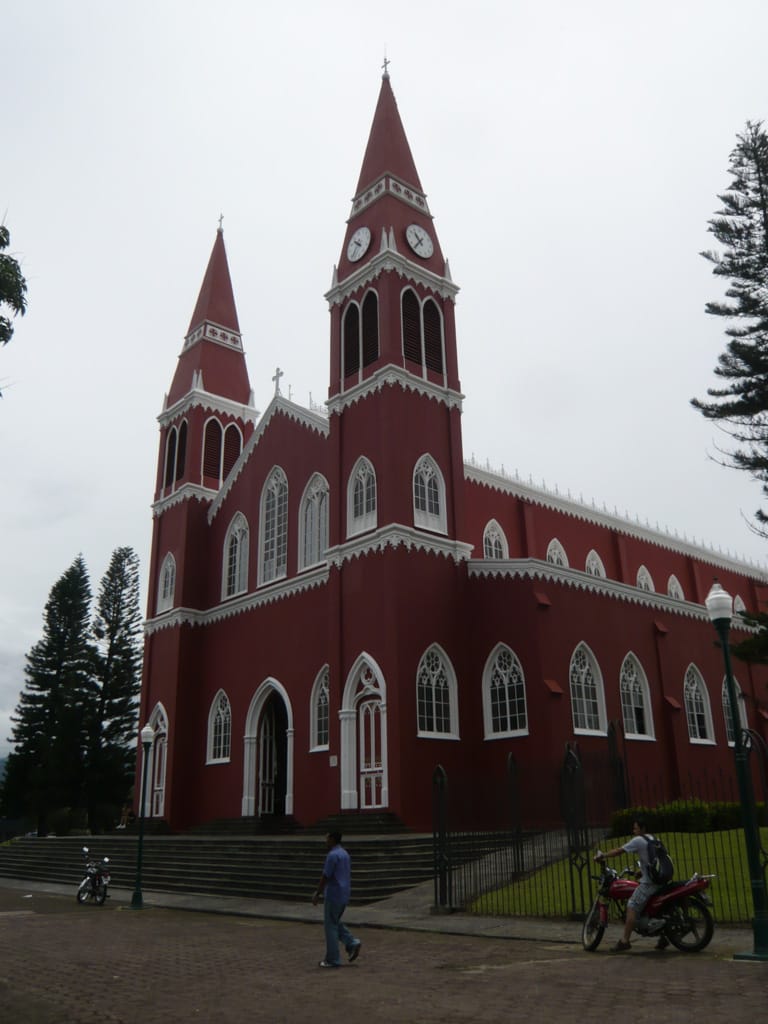 We had lunch on Highway 3, just east of the Highway 1 & 3 junction and past the Zoo Ave (“Ah-veh”, not “avenue”). The name now escapes me, but it was a large típico (what Costa Rican’s call their cuisine) restaurant. We had “rice juice”, which was milk, sugar, rice flour (I think), and crushed peanuts. Very sweet, but I could see the appeal of it.

I was bagged by the time we got back. No going out for me — I stayed in for the rest of the evening.

Still trying to figure out how to complete the car purchase. Details that need to be solved. Money that we need to get. When you purchase a car, it’s also not as easy as just buying the car — you also have to get a lawyer involved. It’s like buying a house back in Canada — title searches and the whole nine years. You rarely can walk out the same day with a car, by the sounds of it.

And then there’s the license. But that’s another story.