You might be wondering: Gee, Geoff, where are all the posts you had for Costa Rica? Well, it’s not that I don’t want them up, it’s an issue of timing. I can’t really go into that right now, but let’s just say that this is the best way to have it for now.

But on the bright side, there is more stuff to come shortly. Our month o’ meetings continues as we head down to Panama [insert Van Halen here] tomorrow for a client kick-off. This should be fun.

First, though, let me recap our weekend just past.

Friday night was another exploration for us. We’re still trying to figure out what all the local spots are, which ones are good and which ones we can skip. (Thursday night, after a meeting with Mama Luz — our realtor who has helped us so much in finding places to live — we’d found a place called "Bar Amigo", which turned out to be a gringo place. It was okay — great hot dogs — but a place to visit rarely.) Across the road from Yakky’s was another restaurant/bar (they’re all restaurant/bars here) where we had a couple of drinks.

Realising that wasn’t the place we wanted to be, we shuffled out and drove back into downtown Santa Ana (which doesn’t have a "downtown" area, but it’s what most Westerners would associate with) to find a new place. The name I totally forget — yet we went back there on Sunday for the EuroCup final. It was more of a Tican place — menus in Spanish, and typíco food played heavily.

I love Costa Rica for the seafood. I have not had such good seafood in a very long time. And it’s really inexpensive. (You can pay Western prices for seafood quite easily here, I should add. One of the reasons we’re looking around is to find where the locals eat, which is generally cheap and always tasty.) We even racked up a couple of pool games on tables that looked like they’d just been unwrapped.

That’s when we met the owner, who’s name also escapes me. A tall, thin white guy from Vancouver, who felt that his life’s ambition was to open a bar. A business guy, no doubt by his demeanour, who really just wanted something simple to do with life. I’m really beginning to see the appeal.

Mark and Jason decided that they just had to go clubbing. But I’m not the clubbing type. Never have been, and thankfully never will be. By that point, I was the sober one, so drove them to a club next to our temporary office space, and headed home.

What happened to Mark and Jason, you ask? Well, I can’t speak for them. But let’s say that when I saw them the next morning, Mark had a big cup of coffee already in his hand, and the first word out of Jason’s mouth was: "COFFEE".

After a small desayuno at a small café in Escazu, we all headed into San José for something we wanted to do: check out the Central Market.

The trip in wasn’t so bad. Thankfully due to two other runs into San José for meetings, we had a vague idea of where we were going. It wasn’t too hard to find our way to the Central area. But we weren’t in any hurry, so Jason took us on a bit of a detour around the Central area before coming back in to find a place to park. Easier said than done, let me tell you. But we actually managed to find a place right behind the Teatro Nacional (National Theatre).

We wandered around the Square a bit before walking up and down Avenue Central, which is largely a pedestrian mall in the centre of the city. On Saturday, the place is packed. Not quite wall-to-wall people but it was certainly more people than I remembered from January 2005, when Alex and I did the same walk. Line ups were everywhere. We’d seen a huge one at the hospital just west of the Central area, and every single ATH (the Spanish acronym for ATM) had at least 15 people waiting. The money changing lines were even bigger. Apparently, this was the big day to go out.

Reaching the eastern end of the pedestrian area, we double-backed and headed west. Mercado Central (the Central Market) was at the other end. Everywhere we walked, the street was dotted with cows. Not real cows, but statues of cows. Sculptures, really. Calgary had done the same thing about 5-6 years ago. The cows here are more plentiful in number (the Multiplaza in Escazu has at least a dozen of them) and far more decorated. Some are just downright hilarious. 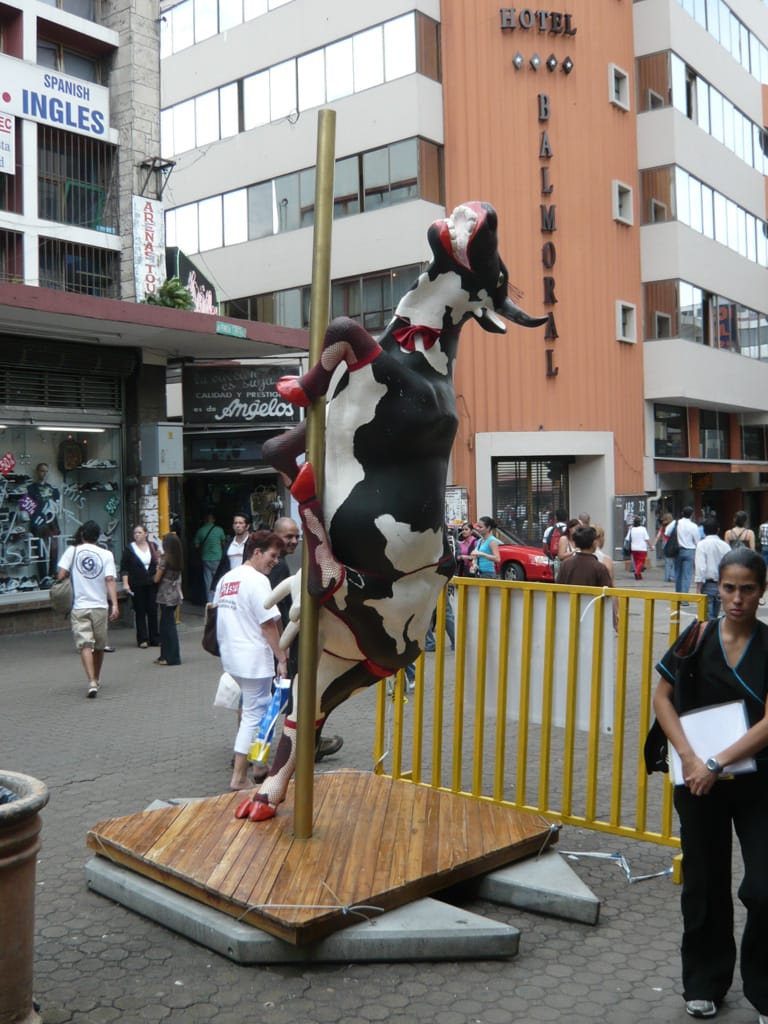 Lots of people selling all sorts of things. While Mark might be able to pass for a Tico (if he didn’t dress so snazzy), Jason (being tall and blonde) and I (being dorky and not at all Tican) stick out quite easily. That means everyone running up to us offering "Ray Ban" sunglasses and "Rolex" watches. I was sooooo tempted to look at the Rolexes just to see what they looked like. But somehow, I managed to refrain. Next time, I’m giving these guys the gears. Fakes aren’t as easy to come across in Costa Rica as I’d thought, but it’s far from hidden.

At the other end of the mall, we found the Mercado Central. Somehow, Alex and I had missed this when we were there. It’s an entire block of twisting hallways barely wide enough for a person to walk through with all the stores’ wares bulging beyond their walls. It’s dark, it’s crowded, your senses are assaulted by unknown sounds and smells, and in some areas you’re straining to see through the dark. In short, it’s awesome.

We stumbled up to a little coffee shop in the north-east corner. Hopping up on three stools, we stared as the coffee roasted in an oven, pouring into a massive cooling bin. The smell of roasting coffee wafted about, overpowering the fish stalls about 20 feet away. Mark and Jason were in need of coffee. I still don’t drink it (I promise to document the event when it does happen), so endulged in a hot chocolate. Mark and Jason swear that it’s the best coffee that they’ve had ... outside of Italy. 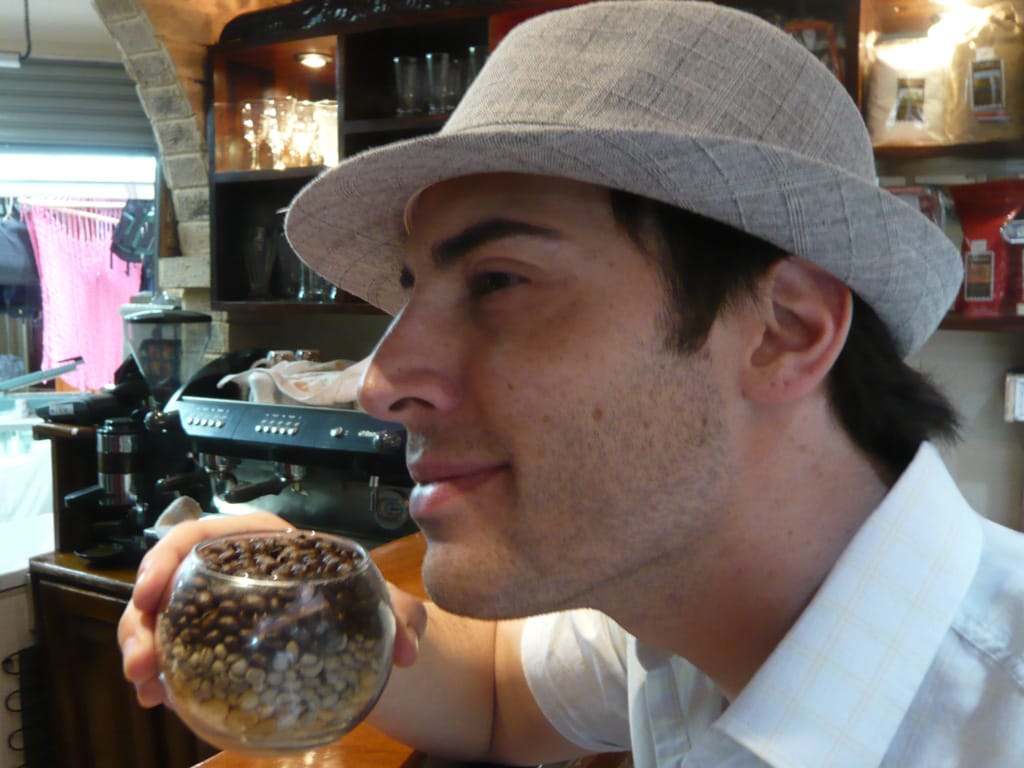 (Mark has a pretty good theory: the Italians haven’t invented a lot of foods. They imported coffee, tomatoes, pasta, and rice from other cultures. But they perfected them. There’s a reason why Italians are noted for those things, because they got them exactly right.)

The rest of the market unveiled treasures the likes of which are hard to imagine. This is not a tourist market. This is a working market. Yes, there are a crapload of tourists here, and there are a number of stalls that cater only to tourists. But go in deeply enough, and there are foods you don’t recognise, smells you can’t identify, and more than a few sounds that would be foreign in almost any market in Canada or the United States. 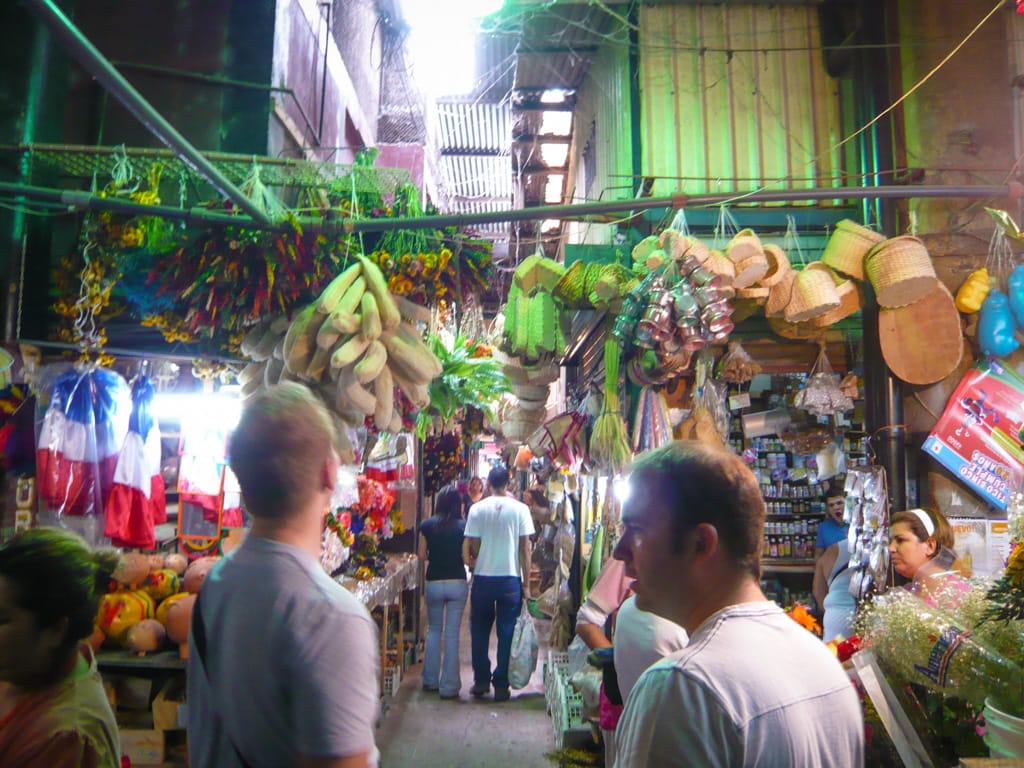 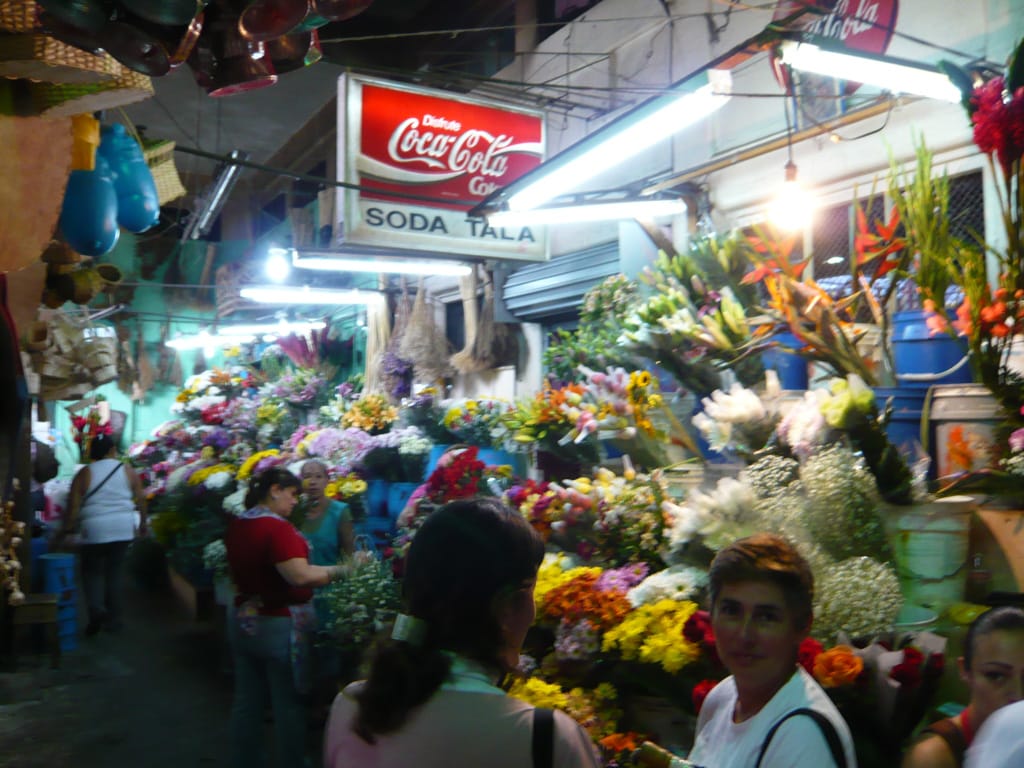 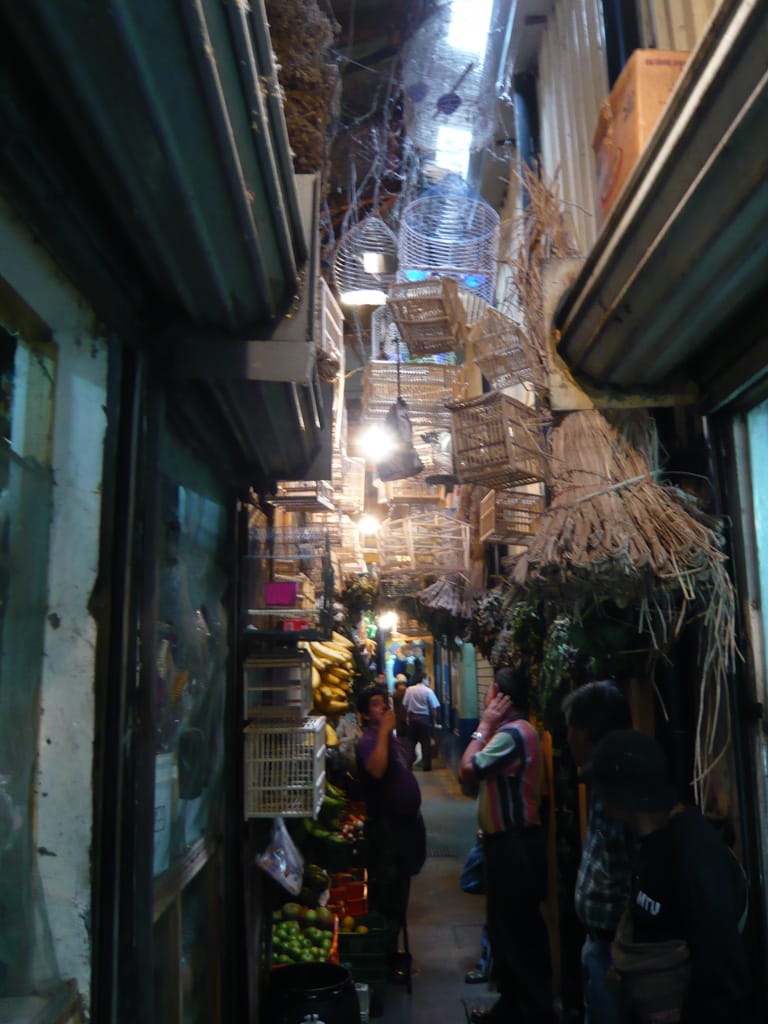 Finding our rented car still intact, we headed back out of the city and over to Cariari to find a music store for Mark (he wants a guitar). Turns out the Cariari Mall is quite the dive. We didn’t stay long, desiring to go to Escazu instead. Stepping outside, a good clap of thunder told us the sunny part of the day was officially over. By the time we got to the Multiplaza, we were in the midst of the heaviest rain we’ve seen since arriving. Outside for maybe 10 seconds (between the car and the mall entrance), we got a good soaking. The rain lasted over an hour and half.

Saturday night was a quiet one. I ate at home, though we all went out in search of something to do beyond bars. A bowling alley, or something. Movies here are limited, and Wall-E isn’t out yet. We ended up at Yakky’s again. Mark and Jason ate. I talked.

On Sunday, Mark and I went into the office to access the internet. I feel bad about thieving internet at the apartment, and the signal hasn’t been reliable the previous few days. When all you have is a small blurry video and scratchy audio to see your wife and child, you’re willing to spend time in an office to see them. Sadly, they were out.

Just before 13:00, we were back at the bar we’d found on Friday night, seated at a table in clear view of a big screen TV, watching the live broadcast of the Spain vs. Germany final game of the EuroCup 2008 series. I honestly expected more people to be in the bar, but I could also hear people in their homes not far away, too. Football here is popular (not American Football, which is what Canada and United States prefer to watch), and I’d heard "second only to religion". Admittedly, I’m not sure how true that is.

It was a great game, though. Well-played, even if it there was only one goal.

It started to rain as we drove home after a quick stop at the Auto Mercado for some things around the house. And it rained for the next 4-5 hours — a rarity here. Rain usually lasts at most an hour. But it did make for a nice cool night.