Think of when you went to university / college. You pack your things into a few bags, move to a new place you don’t know, into a place you think is far too expensive for what you’re getting, and then have to go out and buy all things you don’t currently have: food, cleaning products, beer, what-have-you. Your fridge is still conspicuously devoid of things, your place of living feels a little hollow, and you really have no idea where your friends are or what’s going on at any given moment. 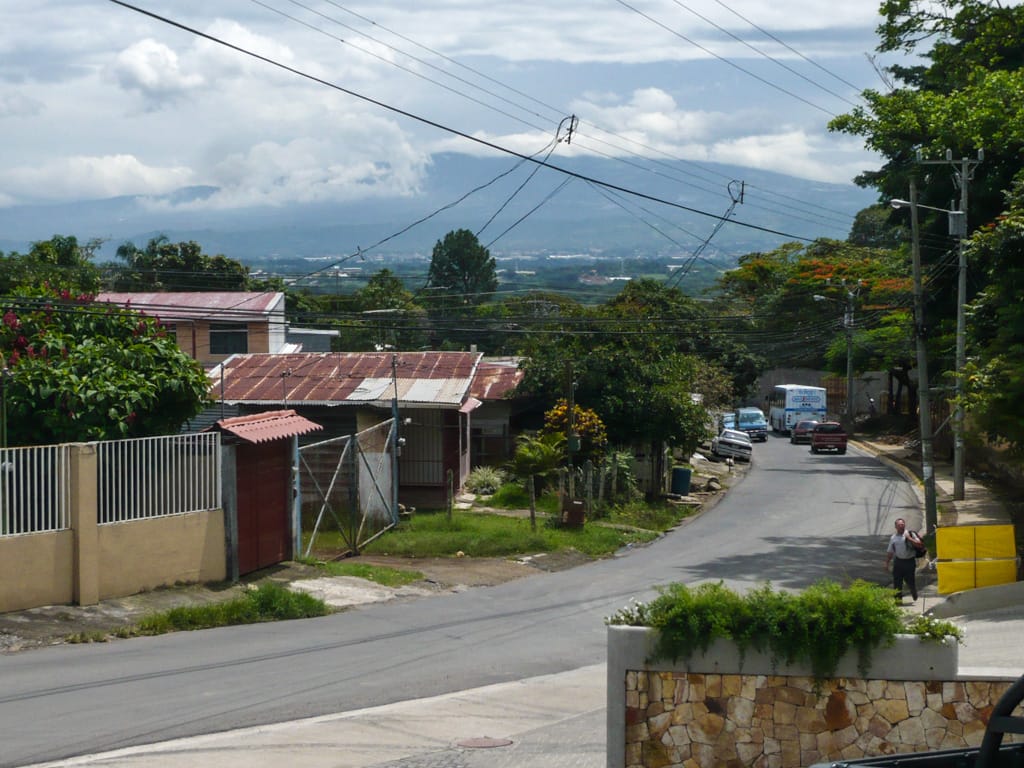 Such is life, currently, in Costa Rica. Although Mark, Jason, and I have visited an Auto Mercado (think Safeway / Albertson’s), we still have only the basics. (Not even beer. Honest!) We have no vehicles and are at the mercy of a somewhat unreliable taxi system (we’ve been told twice that "no cabs are available", despite ones driving around), and no cell phones with which to contact each other. So far, mental telepathy has largely failed. Jason and I have to "borrow" unlocked WiFi connections, and Mark is left high-and-dry.

Tomorrow, we’re going back to work. It’s the best way for us not to feel so darned isolated. We’re getting geared up on our first client, which gives us something to do, but until we have complete kickoff (not for a couple of weeks), it’s going to be slow-going. Hopefully by then, we’ll also know about our other client. But at least we’ll be in one place, with solid internet.

Yesterday, we got our contracts signed for our condos. Jason’s signing went a bit more straight-forward than Mark’s and mine — we found out that our contract apparently meant for us to pay two month’s deposit, and include the first month’s rent. Three months’ total. That part we were not told, and our home finders became quite irritated with the company offering the units, and apologetic to us. Hey, it’s life, you deal with it. Just means we have to sort out the wire transfer for rent sooner than originally planned. We have to figure it out anyway, it’s just a matter of when.

We didn’t go to work today. As we collectively agreed last night, we’re all fairly bewildered. Despite having spent a week here (three weeks ago), it almost feels like we’ve just come here for the first time. No guides, no assistance, no regular contact with anyone but ourselves. And our Spanish es muy malo. We need cars, cell phones, internet, and visas (we’re on tourist visas while we conduct our meetings) before we start feeling a little more comfortable. Our trips down were not easy (I had about 14 hours with a cat in a bag, Jason had his bags lost at Houston, and Mark’s flight out of Chicago was delayed and didn’t arrive in Costa Rica until noon the following day), and everything moved at about light speed.

We needed one more day of getting settled. Even that plan didn’t work well, since Mark and I managed to get ourselves out of sync with Jason, and never actually met up. We went to a warehouse store — think very large "dollar" store — where we did a bit of shopping only to put everything back because the quality was ... well, think very large "dollar" store. We ended up walking from there to the Multiplaza in Escazu (about 30 minutes or so) because we couldn’t get a taxi. A language barrier prevented us from fully understanding why.

We remarked at the popularity of the KFC here. For a country that has such amazing local food, it’s almost shocking at the amount of imports (Burger King, McDonalds, Papa Johns, Quiznos, Subway, Pizza Hut, Wendys, Taco Bell). Typico restaurants (which serve local-style) aren’t hard to find, thankfully.

By the time we got back, my head felt like it was going to explode. A small headache had turned into a killer migraine — I couldn’t even see straight. (This is a first for me.) I fear that I may come to love the concept of a siesta. Which, I should point out, is not common here. Starting early and working until 17:00 appears the norm, although breaks are regulated. Probably a good thing, really.

Looks like the heavy afternoon rains have died off for now. I’m going to head over to Mark’s (he’s in the same complex as me) and see if he got his air conditioning hooked up. Although the temperature here is pretty mild (in the mid-to-high 20s — remember that we’re in the tropics), those of us from the frosty north just can’t cope with this year-round.