Well, we’re on our way. I was up until almost midnight last night packing. Was originally thinking three bags, but went down to two. Which is good, because apparently I’d have been denied the third bag. As it stands, the backpack was overweight by three lousy pounds, so I got stuck with an extra bag fee and an overweight fee.

Where the heck did all these fees come from? It even costs me $100 to get the cat on the plane. Three and a half hours later, I’m in Houston, with a cat in a bag. Tried letting her out at the "Pet Relief Area" over in Terminal B, but all she wanted to do was hide in the tropical plants. I’m not even sure if she relieved herself at all.

Lunch was at Ruby’s, while Asia watched people go by. She’s been exceedingly good, and hasn’t had one freak-out as a result of all this. Whether or not she’s still in one piece when we get to our hotel in Costa Rica is another question. 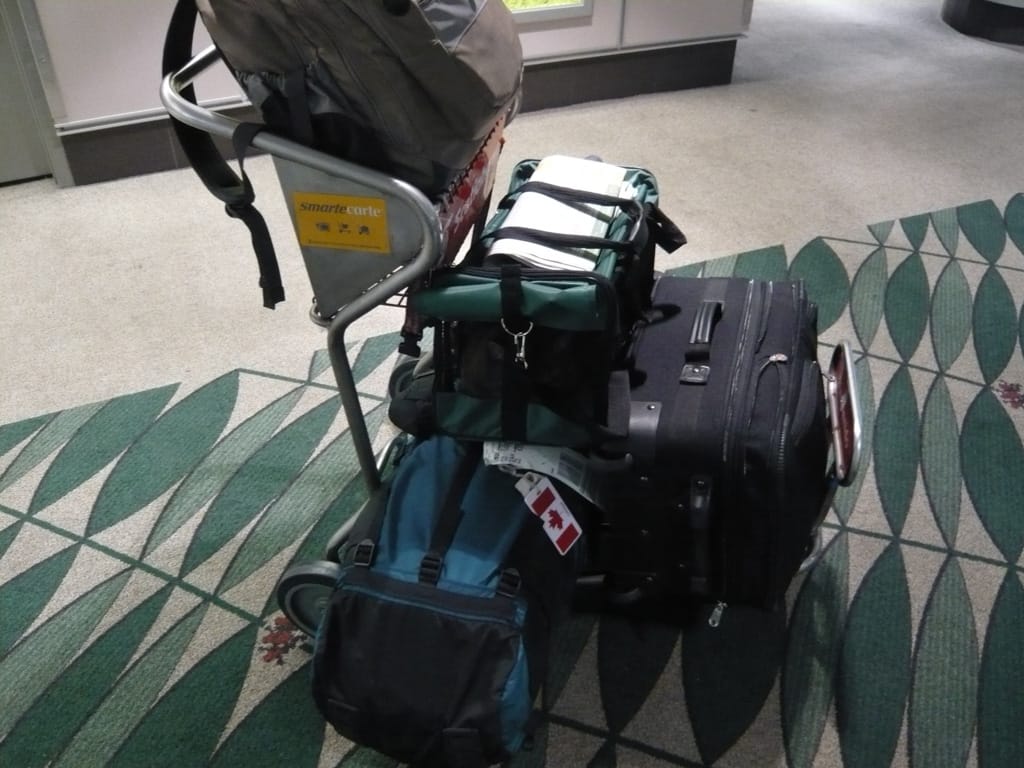