I am a broken man. For I have sold my Mini.

It had to happen. It was just a matter of when. The moment Alex got pregnant, the ticker started on time left with my beloved 2002 Mini Cooper. British Racing Green. White roof and wheels. Five-speed. Leather seats. Far too much fun packed into one little car.

And crappy with kids seats. Hence the primary (initial) reason for having to sell it. Now, of course, I have a bigger reason: the country of Costa Rica. Namely, there is no reason to keep the car, and bringing it down is cost-prohibitive. (It would cost nearly as much to bring it in to Costa Rica as it would be to buy it.)

But still, all reasoning aside, it sucks to have to part with it.

You know those drearily-emotional scenes where someone looks forlornly at something they’ve lost, the world slows down and sappy music starts playing? Last night, about 18:00. Except it was "Memories" from Cats. Ugh. I don’t even know the words to that song! 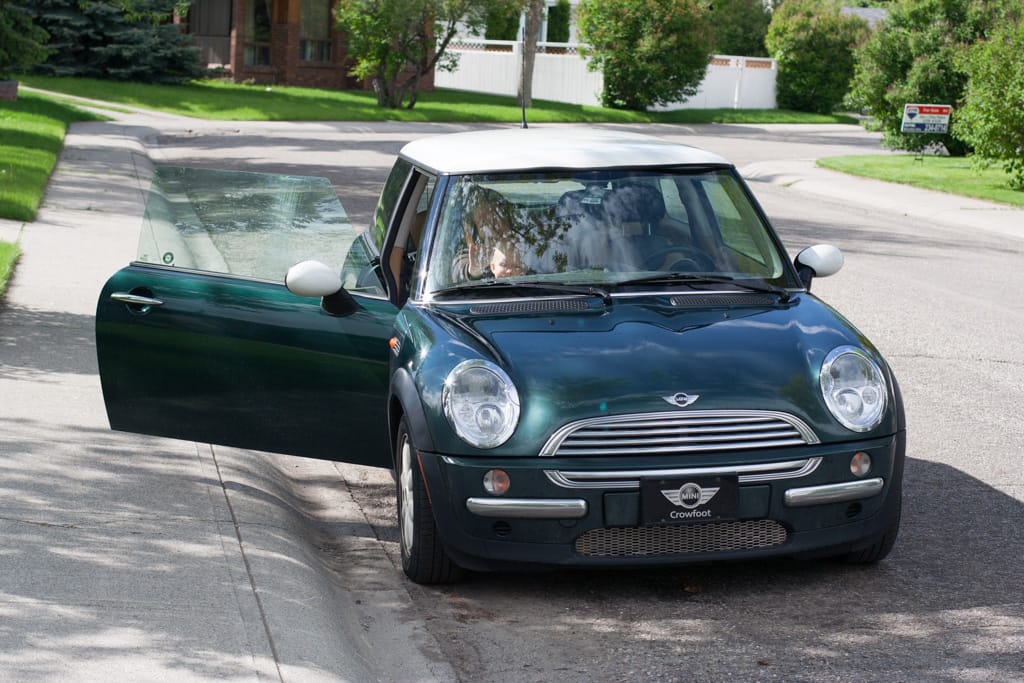