For all intents and purposes, I’m off the Rolex team. I’m still on their resource sheet, but the reality is that I haven’t done sqwat with the Rolex account for over a couple of weeks now. It’s all been transferred to Torin, who’s the new Tech Lead. I went into self-imposed exile at the fringes of the team’s seating space, soon to be a long-distant memory.

But before I left, I had a debt to settle. Many months ago now, I had to institute what we called the "Jugo Juice Rule". It was an effort to get everyone to calm down a bit (we were all under a lot of pressure, and mistakes were becoming more frequent) and concentrate on what they were doing. Short version: If you made a mistake, you owed the entire team Juge Juice (a fruit smoothie).

It was pretty simple. Until Tim called me out:

If we don’t make any mistakes, do you owe us Jugo Juice?

Well, hell, why not? If I’m willing to institute a penalty, I’d better damn well be ready to ante up with a reward, right? It’s only fair, and incentive is always a good thing.

We came close — once — to having the rule violated. In the end, however, no more mistakes were made (peace was restored to the valley) and we moved on. Except that I owed the team Jugo Juices. I even got their orders. But I could never get myself organised well enough to get them purchased and brought in. Add to that the logistical issue of the smoothies all melting before I got them to the office ... and well the idea needed a bit of reevaluation.

(Maybe in the future I’ll suggest they go for a Froster rule, since there’s a Macs about four blocks down, which is a perfect distance for the team to go on a break.)

I refuse to leave this team with an unpaid debt. Instead of Jugo Juice, I offered lunch at the nearby Vietnamese place (although I had to buy Phil lunch in the Bistro due to food allergies; still, thanks for coming out anyway, Phil!). Not exactly on-par with cost, but I figured I owed them interest on the unpaid debt, and this was my last chance to have lunch with my old team. The next time I have lunch with a team, it’ll be over tamales, I think.

It’s been a blast working with you folks. Try not to forget me too quickly, okay? 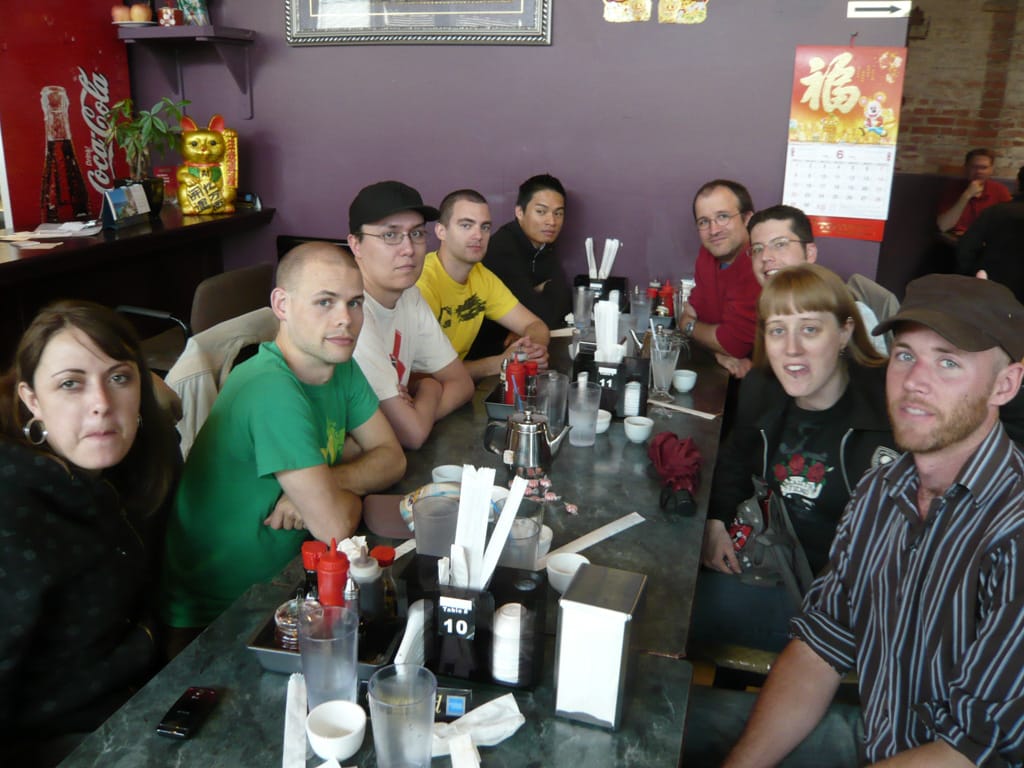