I knew today was going to be awkward when I woke up. Based on the conversation I’d had with Alex last night, none of the houses we’d seen on Day 1 were at all suitable. Either way too large, in not-so-nice areas (e.g. you’d feel like you couldn’t go anywhere), or had stairs (which we’re trying to avoid with our almost-walking infant).

When Luz Elena and Lina Maria arrived this morning, I took their carefully crafted plan, opened the window, and tossed it out. (Figuratively speaking, of course.)

It was time to get a little more serious.

Although we headed off almost right away, there were a lot of rapid phone calls as Luz Elena tried to pin down some different places to see. Still, we went to some they’d had planned because they weren’t really that far off the mark.

The first one really didn’t sit well with me. Although cheap, it felt like I was living in a prison. And by "cheap", that’s in gringo prices. Down here, you can get cheap. And it’s CHEAP, with all the connotations that come along with it. We gringos are accustomed to certain things, for which we are required to pay through the nose. We bring in the money, and we have to pay it out. Fair trade, all things considered.

On the way to the next place, a series of phone calls suggested that both Mark and Jason were interested in it as well, an apartment in Santa Ana. I immediately thought that I should throw my hat into the ring as well — for no other reason than just to be a pest.

When we got there, Mark was just leaving to see another unit in the same complex. It was a very modern apartment, but it felt closed in, to me. Maybe it was the curtains, or the fact that when you looked out the window, all you saw was the other row of buildings. After a few minutes, Mark and his realtor came back in, followed by Jason and his realtor a few minutes later.

We scooted back through Lindora, hanging a right about a click past the strip malls (yes, there are strip malls in Costa Rica now — civilisation is officially over), into a place called Rincon del Sol. A very nice two-level unit (yes, stairs, which are bad) that really stood out for appeal. But the neighbourhood felt cold — I didn’t see anyone on the streets, and all the driveways had barricades (common in Costa Rica).

Scooting back into Escazu for the last place, we came to an apartment block. By this time, I was fairly disheartened about the whole affair. I wasn’t going to find the "perfect" place. They don’t exist here. Not with the requirements I have. This place was nice, including a very modern-looking apartment and a pretty killer view over Escazu and the mountains.

Lunch was at a place in Lindora called "La Mar". Seafood. Damn good seafood. Octopus should never be cooked that well — it’ll make me not want to eat anything else. I actually didn’t taste last night’s dinner any longer (thankfully). But make no mistake, I was depressed. What was I going to do?

Luz Elena and Lina Maria dropped me back at the hotel afterwards "to rest" (read email, catch up with people, make phone calls), while they arranged more showings for the afternoon. They know the pressure I’m under.

At 15:15, I jumped back in their car, and we went off to the Avalon Country Club, which I’d heard of from Mark. It’s not a "country club" in the way that most North Americans know them. This is a walled garden, with condo units inside. There’s a "lago" (pond, really), 25m olympic-style pool, gym, tennis courts, football (soccer) field, lounge pool with a SWIM UP BAR (cough), and over four kilometres of trails to walk around.

Colour me stunned. And the unit comes furnished. 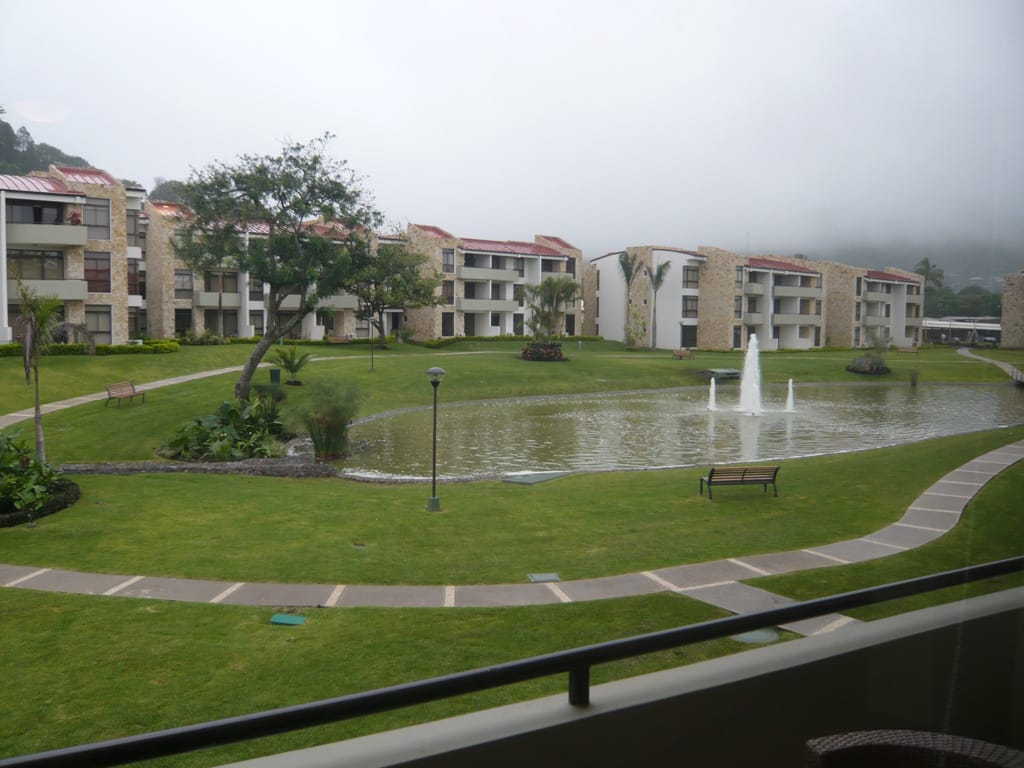 It’s not cheap. But the unit costs less than our mortgage back in Calgary. That’s not too shabby, really.

The last place I saw was the closest one to the office, not far from the Marriott. It’s nice, but isolated, without really anything near it at all. You have to drive just to see another house outside the complex. That pretty much discounted it.

I talked with Alex tonight, and I’m going back to Avalon tomorrow. I’ve got some questions that need to be answered, and with any luck we can get all this squared away tomorrow. It’ll be nice to go back to Calgary knowing that I don’t have to worry about a place to live when I get back.