In the few minutes I have before I dive back into another conference session, figured I’d cover some of the items of our last vacation. This was a 2.5 week excursion mostly to Scotland, with a few days in England. Alex planned most of the trip, with me handling things like the transportation and hotels to stay along the way. Overall, about a 50/50 split on the events et al.

Sadly, at the end, it wasn’t a usual vacation. Until now, it’s always been either just me, or myself and Alex. Now there’s three of us, and the Wee One doesn’t have our stamina for travel and has a pseudo-schedule that needs to be followed from time-to-time.

We flew BA from Calgary to London (via Heathrow). Air Canada — are you listening? These are the guys you should be looking to for level of service. Wow. Allow me to describe: We arrive at the plane along the jetway, with stroller (and babe) in hand. They tell us that they might not be able to bring the stroller on-board, but they’d let us know. They didn’t ask for seat or name — they figured it out on their own, checked the stroller, and gave us the claim ticket. They presented us with a small toy bag for the Wee One with a small stuffed plane for playtime. Free wine. Good (read: real) food. A feeling like people actually cared about the passengers’ well-being. Excellent in-flight entertainment for that 8-9 flight. Sure, it costs a bit extra. But not so much that I wouldn’t even think twice about flying with them again — that’s a definite.

Travelling with the Wee One

Most people thought we were nuts for hauling our offspring to Europe. A seven hour time difference, air travel, trains, ferries, lots of packing and moving, and add an infant to all of that?

I said it before, but our kid rocks. Sleep on the flight out (sadly, not so much on the way back), adjustment to the timezone in two nights (by the third day, all was well), played a lot on the trains (although she did have trouble sleeping due to lack of space), and she didn’t keep us up at night even though we were all in the same room. It didn’t matter how many places we went or how many people wanted to hold her (the Wee One apparently is the cutest thing many Brits have ever seen, judging by the near-endless stream of comments we got). 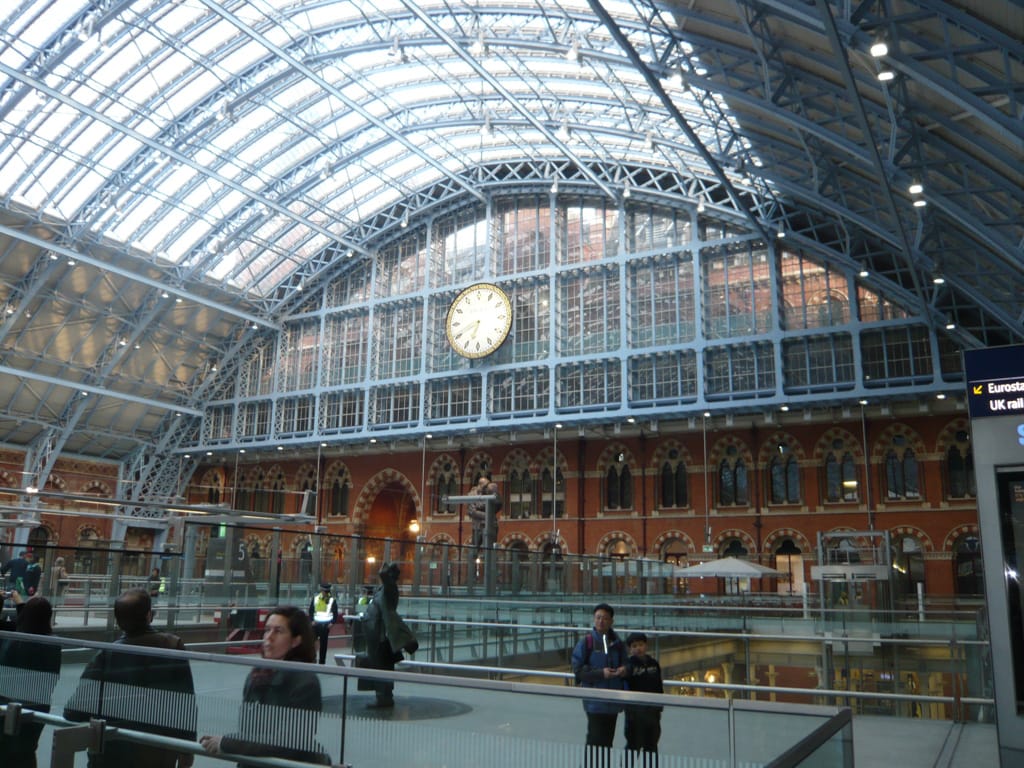 And hey, I got to spend 2.5 of constant time with my child! What on Earth could be wrong with that?

About the only bad thing (if you could call it that) was one bad habit picked up by a three-week older infant, and now the raspberry has entered the vocabulary.

Iona and the Iona Community

This was our first stop. Iona is a small island off the coast of the Isle of Mull, which is in turn off the western coast of Scotland. (The nearest major port is Oban, in case you’re looking for a geographical reference.) The day we arrived, there was a viciously strong and cold north wind. We immediately regretted having arrived, but pressed on. The Community itself runs mostly out of the Iona Abbey, which is owned and operated by Historical Scotland. For a week, we were guests, and basically had free run of the place. 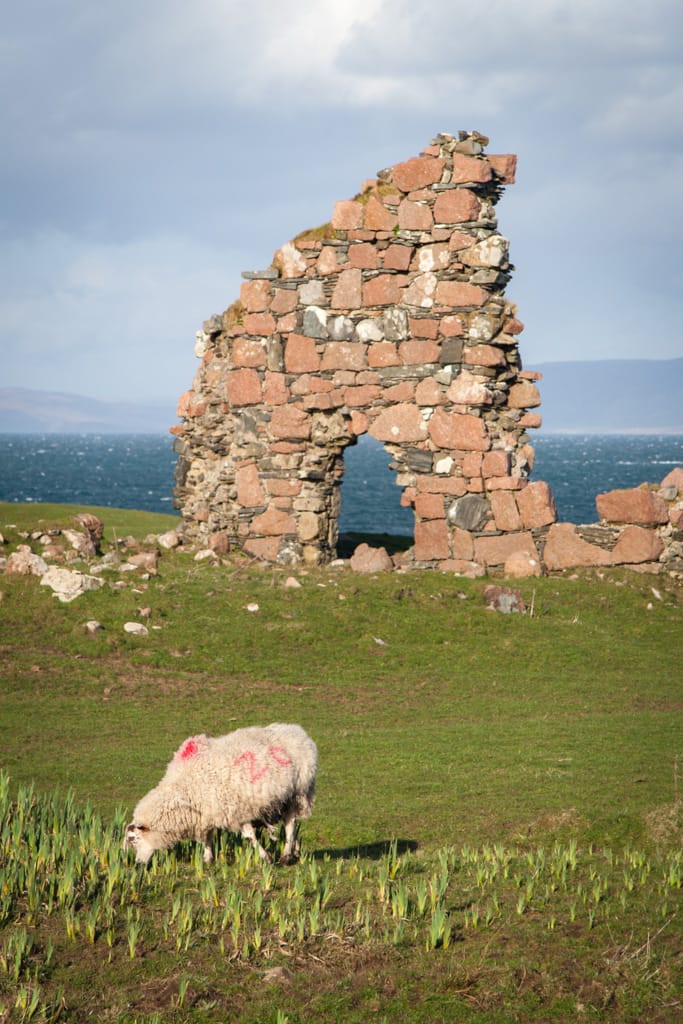 That said, a week at a Christian commune (even an ecumenical one) takes a bit of a toll on the less- (or non-)devout. Although the people were wonderful — and I have to say that while I lamented the absence of meat in our meals, the things they can do with vegetables are stunning — I was happy to be on the road again for the mainland. 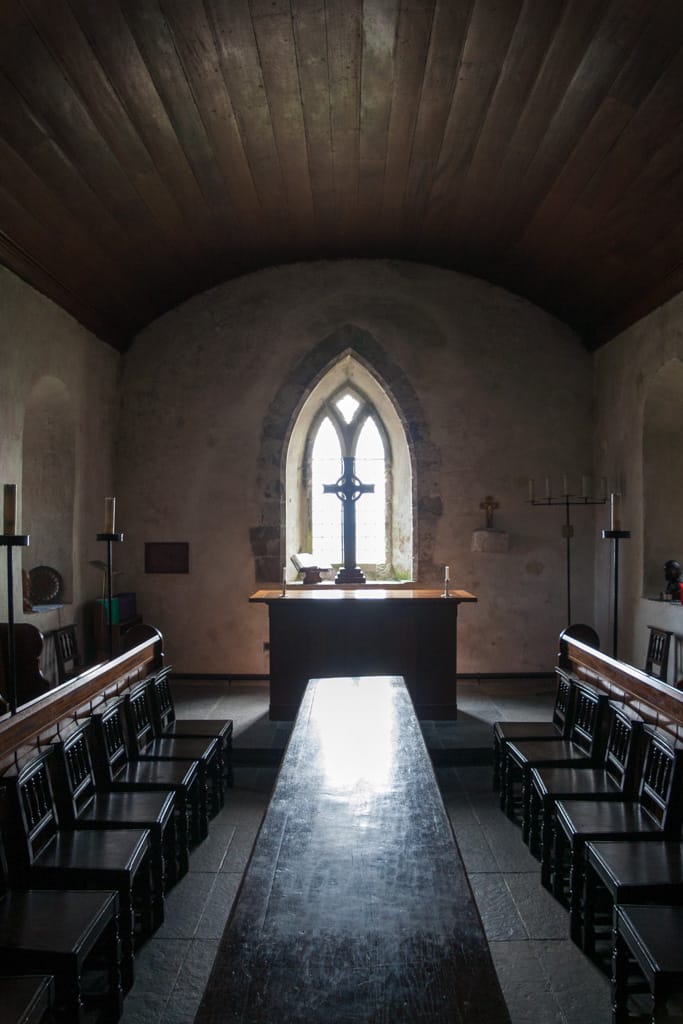 It’s a very small island, so it’s (relatively) easy to get around on it. Though parts of it are very boggy, you can cross the island in about 30 minutes, and go the length in about three times that. Even the highest point on the island — Dun I — takes about 15 minutes to climb, if you take your time. 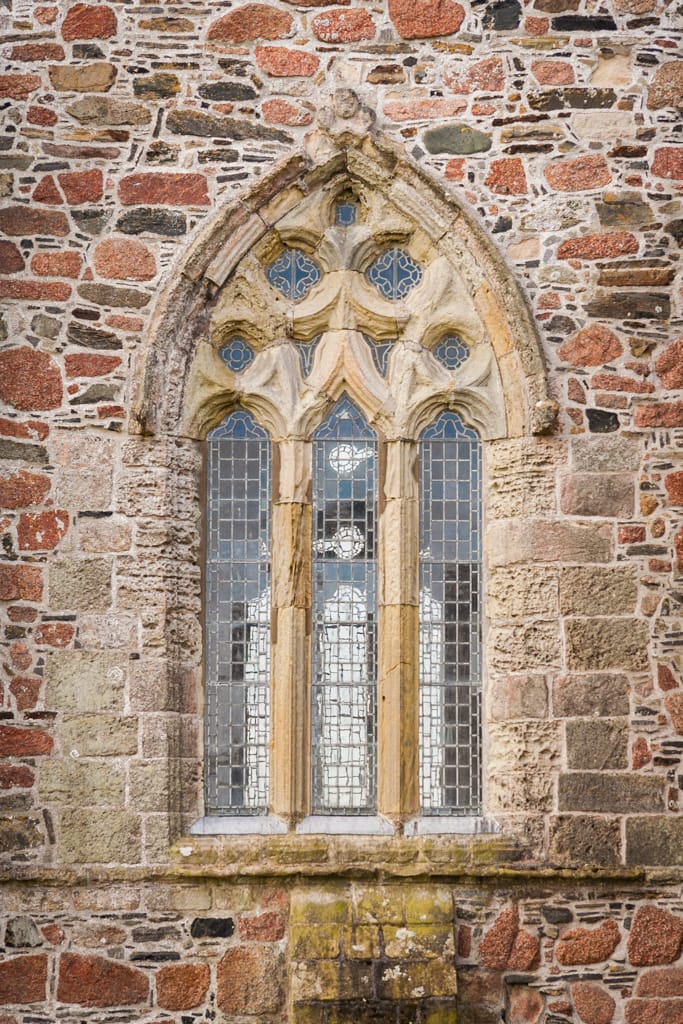 It’s quiet, and it’s very dark at night — there are almost no street lights. It’s so quiet that doors mostly don’t have locks. The Abbey (technically-speaking) is open all the time. 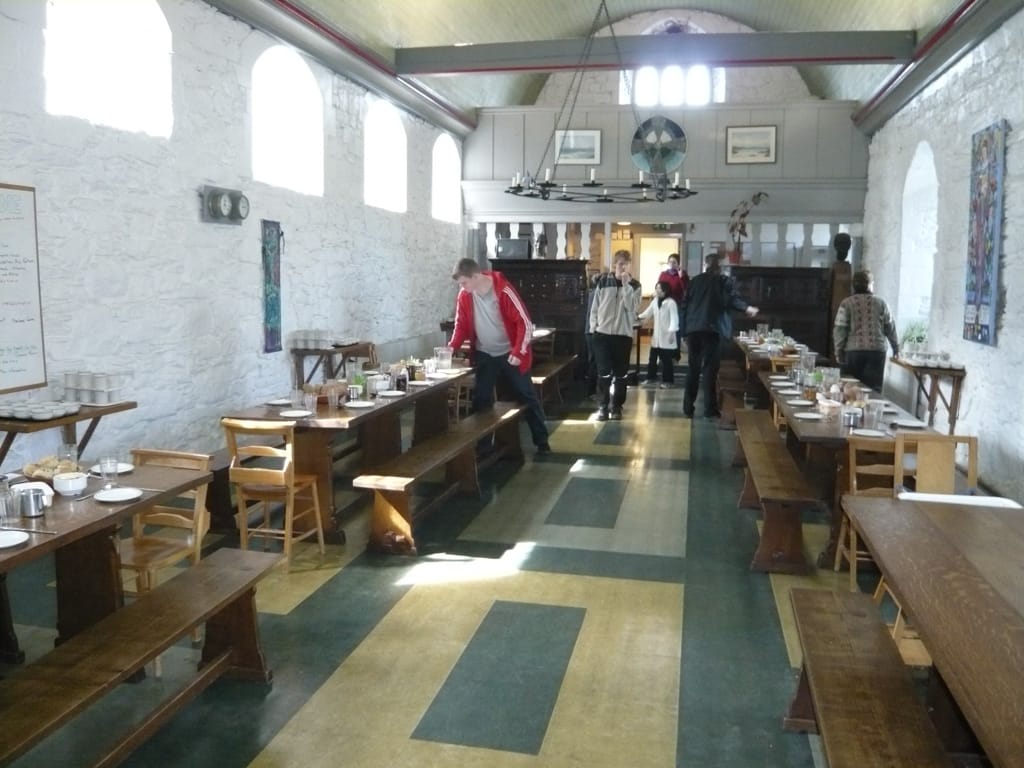 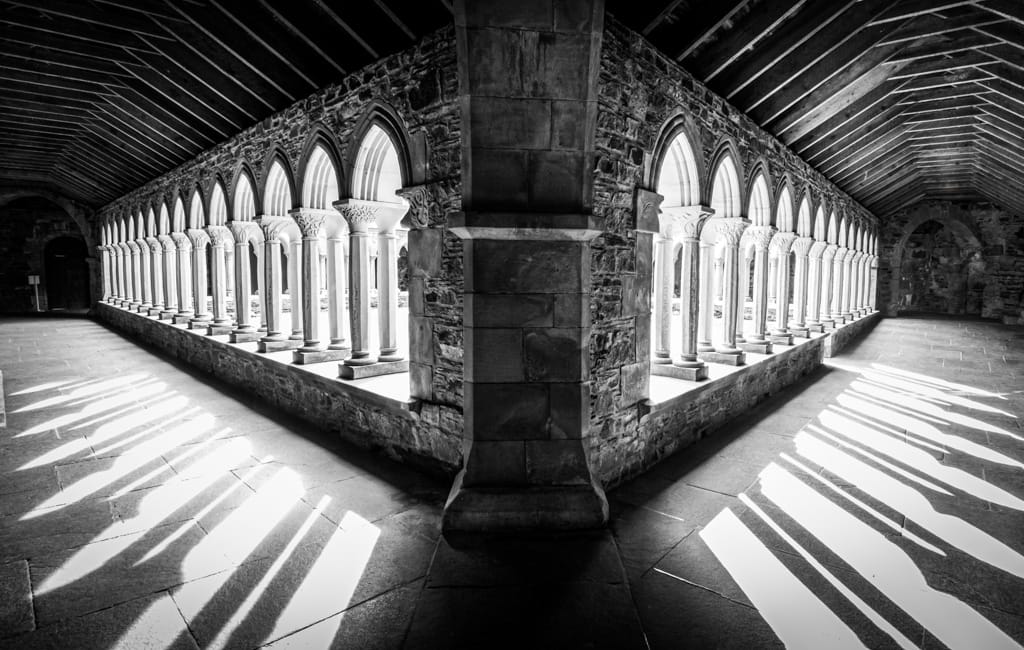 I heard a few people trash Oban before I went there. But I have to say it’s a nice little town. It’s a good base for day trips, and there’s a lot to see in the area. You could easily stay there a week and not be bored. Given, the hotel we stayed at (Oban Caledonian) had some trouble — when you have to name the springs in your mattress due to the intimacy you’re getting with them, it’s time to replace the mattress. But I’ve stayed in far, far worse for much more money. 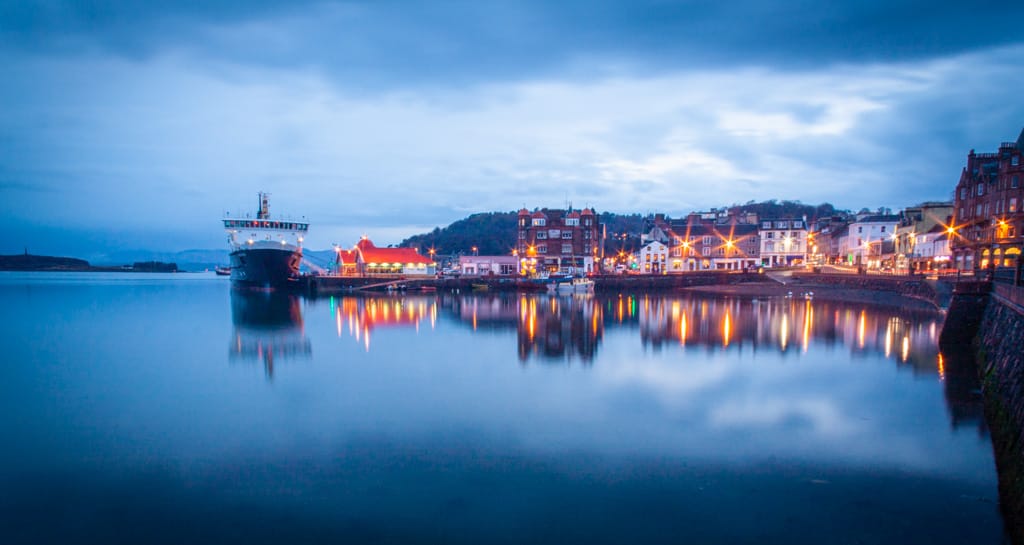 I love trains. Duh. You know that. So travelling all over the place on trains is generally not a problem. But I gotta say, someone has to change the rules that puts an end to the drunken football hooligans from spreading out all over the car, singing their songs and disturbing the crap out of everyone else, stinking the place up with their booze, and generally being belligerent. No, asshole, I’m not a student. Unlike you, I have the good sense to travel responsibly, but there’s not enough luggage racks in the car for my backpack. That doesn’t give you the right to use it as a pillow or a reason to tell me off. (I also have the good sense to not say anything, since I’m sure you’re looking for a reason to get into a fight.) 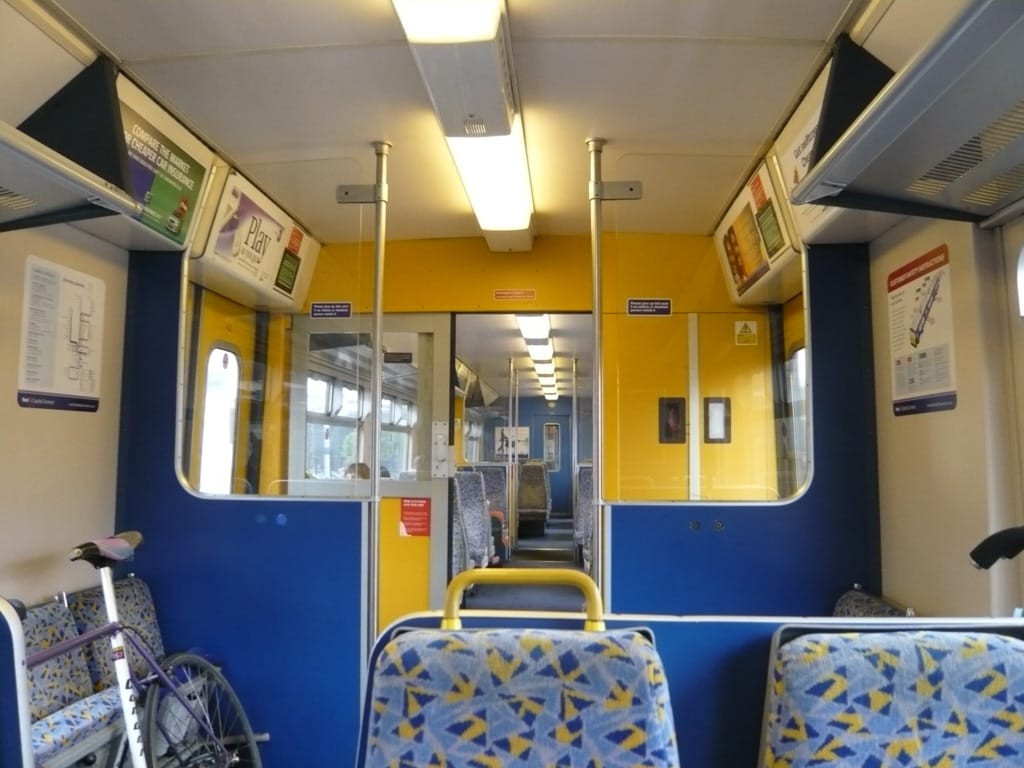 I also had people tell me not to go to Inverness. Why, I have no idea. It’s a beautiful little city. The trip there north of Perth is gorgeous, with all the rolling hills. It’s the highlands there, and it’s the best way to see it all. Anyway, the city of Inverness is amazing. The River Ness seems almost Disney-esque in the way it cleanly cuts through town, with banks of green grass and the sprouting daffodils. Add to that the lovely old buildings, winding little roads, and the general hospitality of people (drunken football hooligans notwithstanding), you just can’t go wrong. 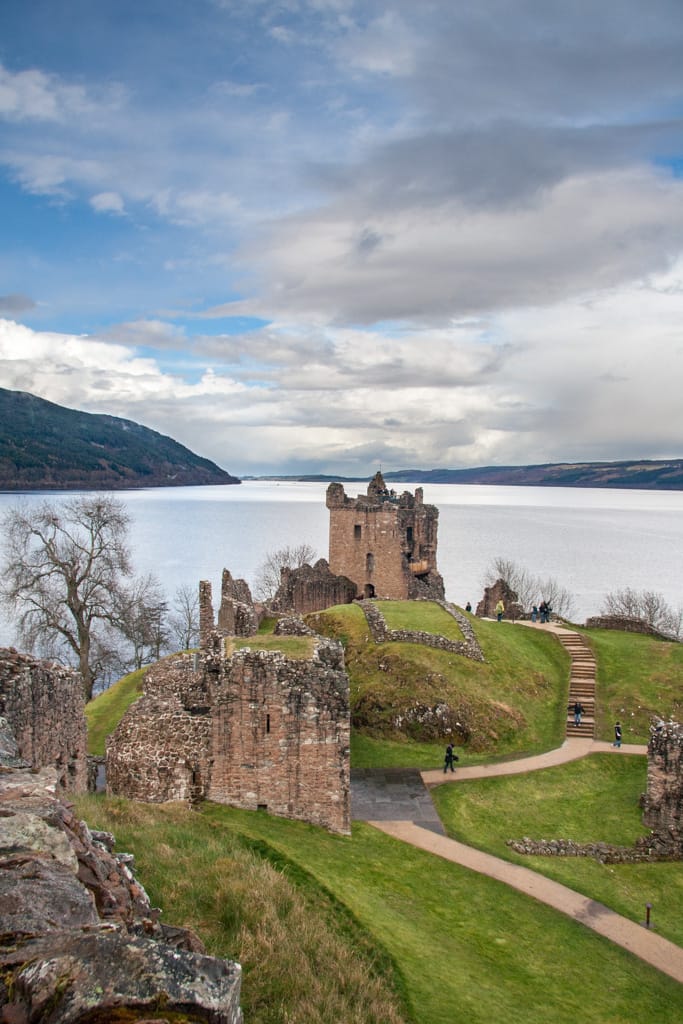 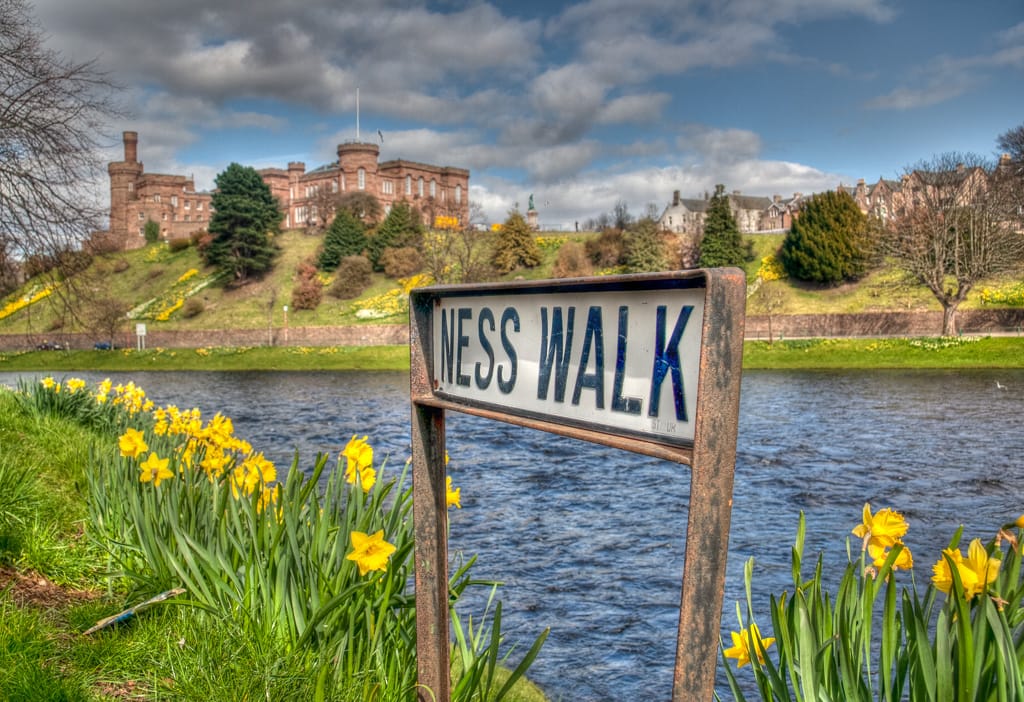 Except for the Ramada Inverness. For the record, the location is excellent. But overall, I found their staff to be bordering on incompetent. There were a couple of shining stars, no question, but I kept running into people who couldn’t answer the most basic questions, such as telling me why I can’t make a long distance phone call. It drove me CRAZY. So sorry, Mom, I couldn’t call you on your birthday. I tried, really.

Just as good as we had the last time we were there. Outstanding service. Great food. Great tea. Just wish we could have been there longer. Such is life.

I finally got to spend some actual time in York. The last time we were there barely 5 hours, so didn’t see much of it. That said, I didn’t really understand the road map until well into the second day (I kept getting turned around) and even then still took wrong turns. Confusing, but I still love the place. I could easily do month-long stints there to do some photo essays: York at Night, York Minster’s Hidden Places, Up Close with the National Rail Museum, etc. Love it. 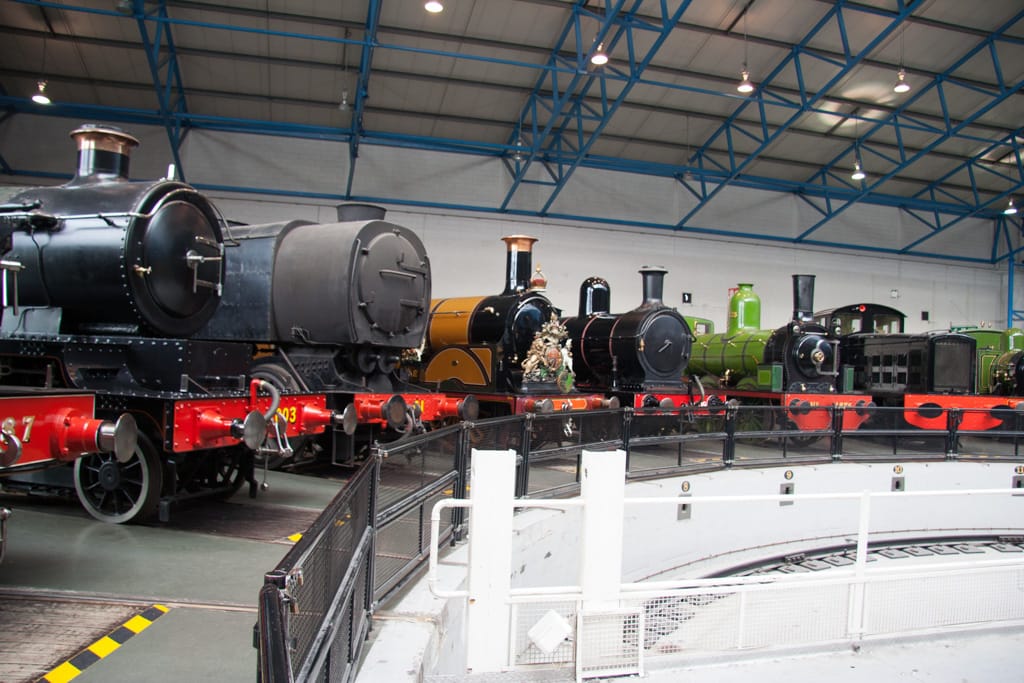 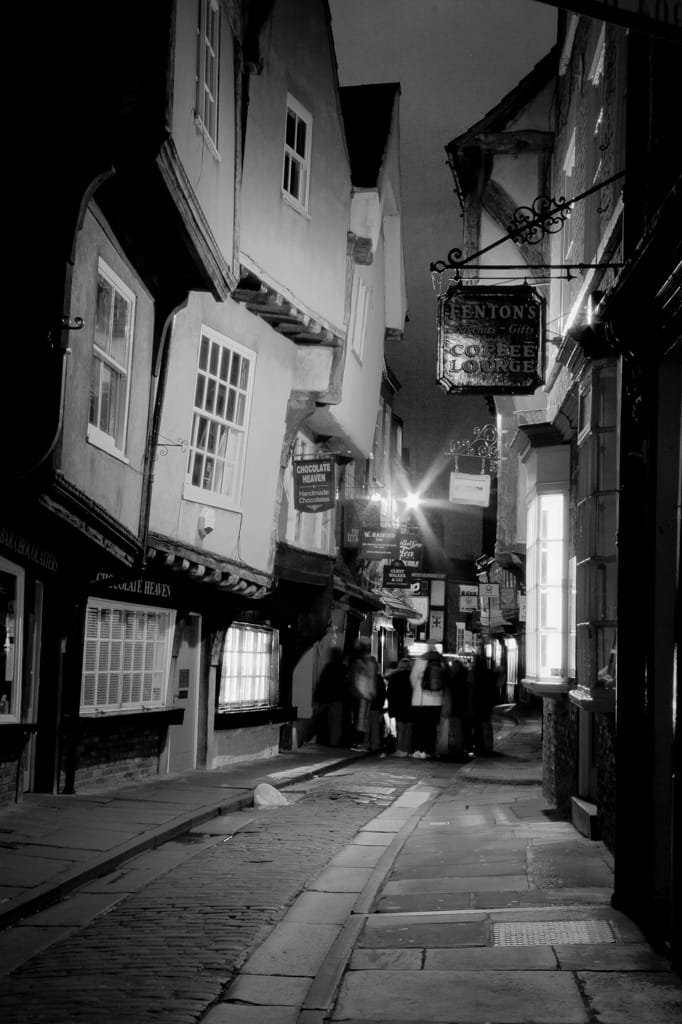 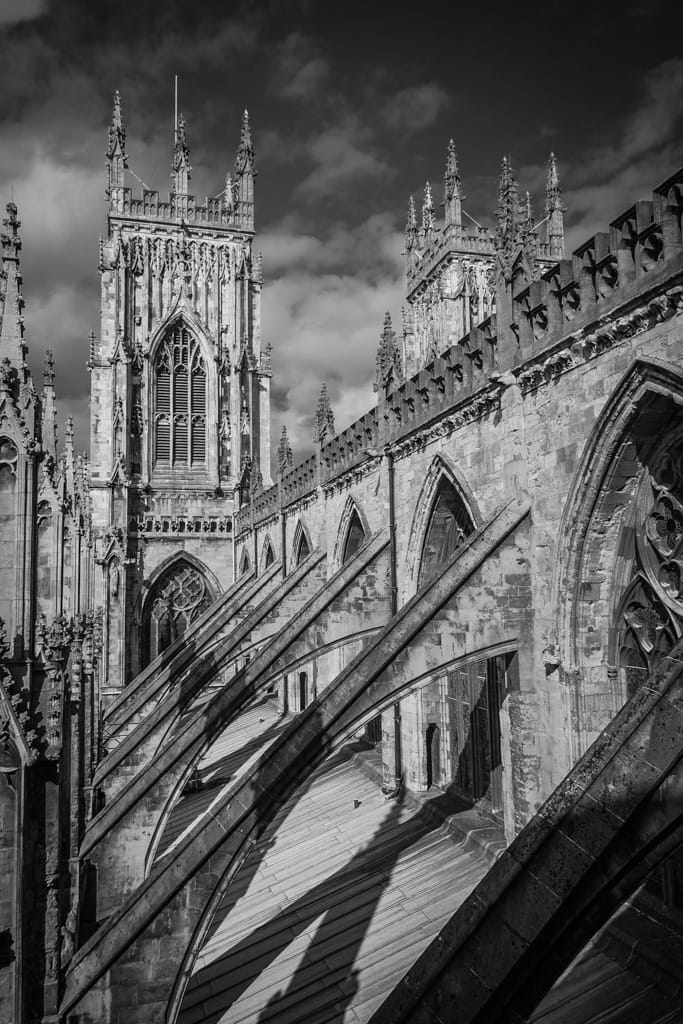 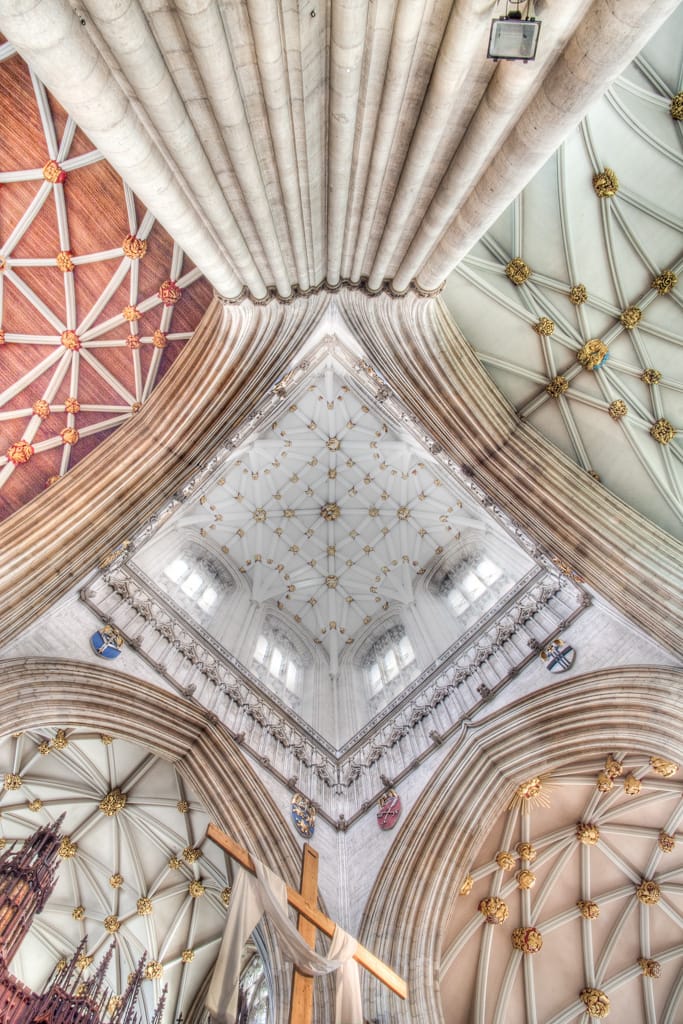 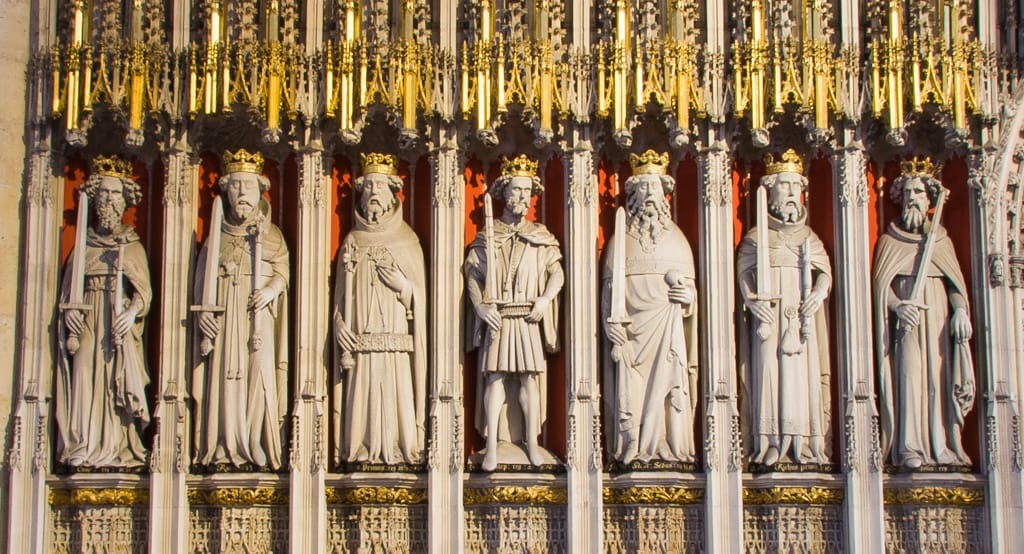 York to St. Albans without going to London

Big mistake. Too many switches, we missed a connection, and it’s too much movement. Going through London is out of the way, but it’s a lot easier. 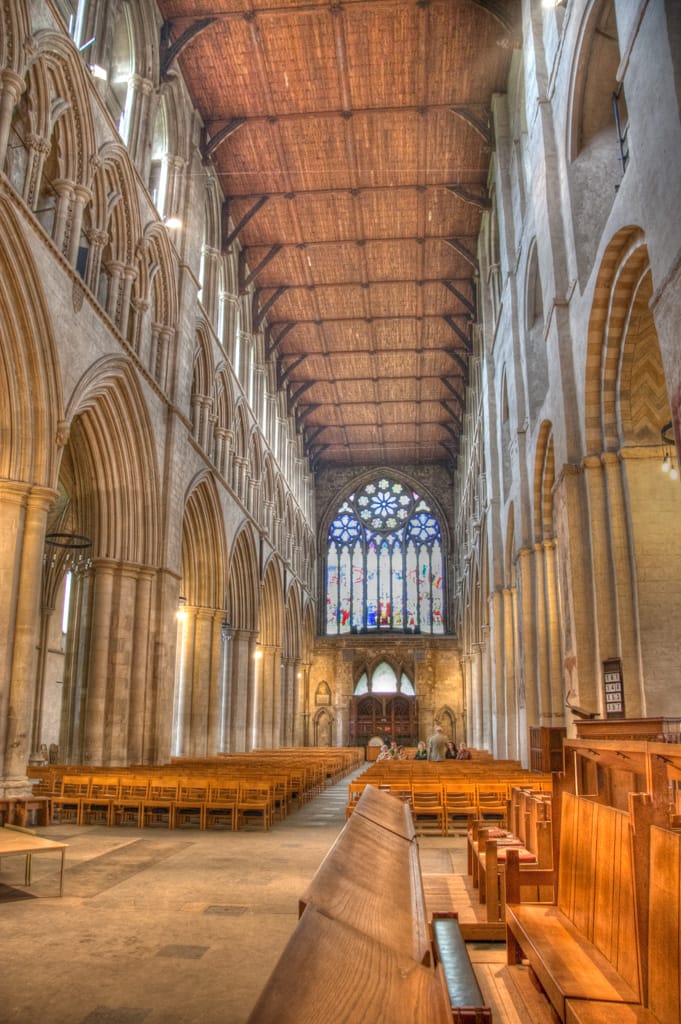