Well, as you already know, I’ve accepted the fact that I cannot renovate my own home. I’m neither skilled enough, nor have the time to handle it. (As it stands, there is considerable discussion that I’m not spending enough time with my family as it is.)

Anyway, we finally decided it was necessary to get a contractor to come in and finish the job.

To undo the mess I made, and do it right.

As you know, we already talked to one contractor who came back and suggested that it would cost over $50,000. Considering we had hoped to do all the house renovations, including our (apparently far more expensive than planned) heating system, for $100,000. It didn’t make sense to go with that.

Fortunately, I have connections. Loose ones, but ones that led us to someone who believes in doing solid, effective work without all the cost of the Taj Mahal. We want nice, not museum.

They officially started on Monday. So far the progress isn’t quite as fast as I thought it would be, but probably because I’ve got stupid expectations. The job is going to take them until May, which is an absolute hard date for us. So far, it’s mostly putting in bulkheads (which I’d never gotten around to), removing a wall that’s turned out to be effectively useless, and installing the framing for some closets (and for hiding pipes, sumps, and gas meters). 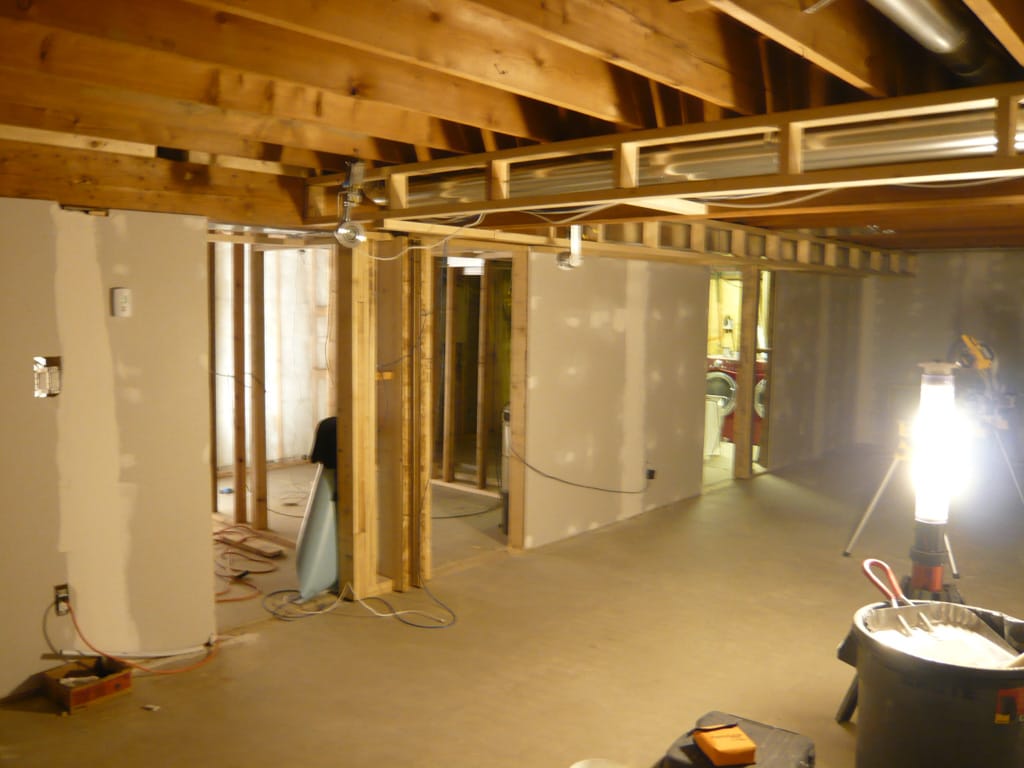 So far, they do better work than I do. I can’t wait to see how this room looks when it’s all done.