Last night was our annual awards show: the CMMYs. I have no idea what the last "MY" stand for, if anything at all. I know it’s meant to sound like the "Emmys", just without all the pomp and circumstance.

‘Cuz around here, pomp is hard to find, and circumstance is often what leads to incriminating photographs.

Unlike the previous three years of CMMYs, this one took on a theme. Before, it was all formal and nice (which, I have to admit, I did like). Last night, the theme was "70s glam disco". Admittedly, I’m not a fan of the 70s. As you know, I was born in the early 70s, so my mother has many photographs of me in very horrible-looking clothes.

I saw many of them show up last night on others. I think my brain won’t ever recover from some of those outfits. 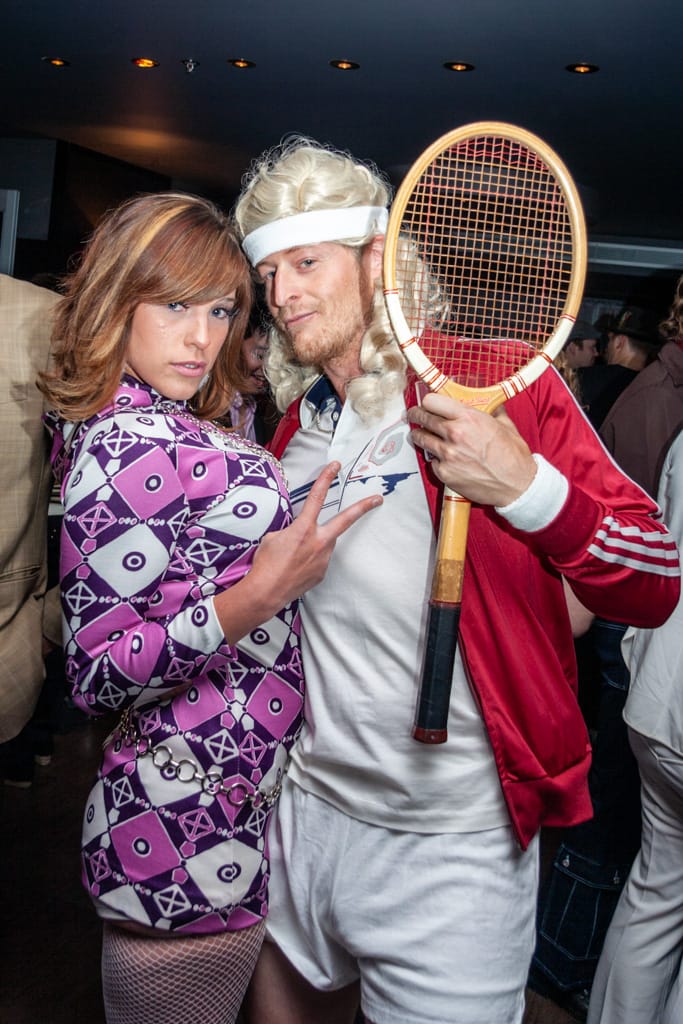 Also a first for the event, we went to BVLD, a club on 4th St. (Previously, it had always been hotels. Though I think we were banned from the Hyatt.) Not a particularly large place, they set us up with four huge tents outside that kept the -2 degree weather at bay. 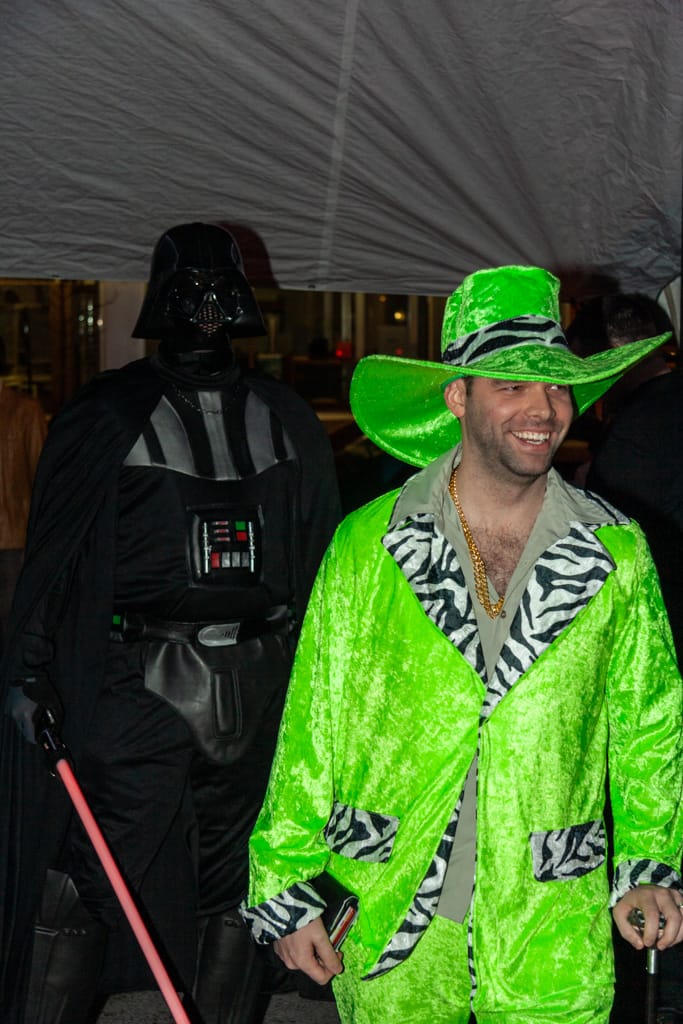 Members of the Photography club (gee, I wonder who that could include?) were drafted to be paparazzi and grab pictures of the arriving attendees. Some tried to duck the camera, others ran right for them. I think between Torin, Gord, Chris L., and myself, we must have easily gone through 1,000 photos on just the red carpet alone.

Torin let me borrow his "spare" 430EX flash. I really need to get me one of those — it made it so much easier to take pictures. The little built-in flash is just so darn wimpy. 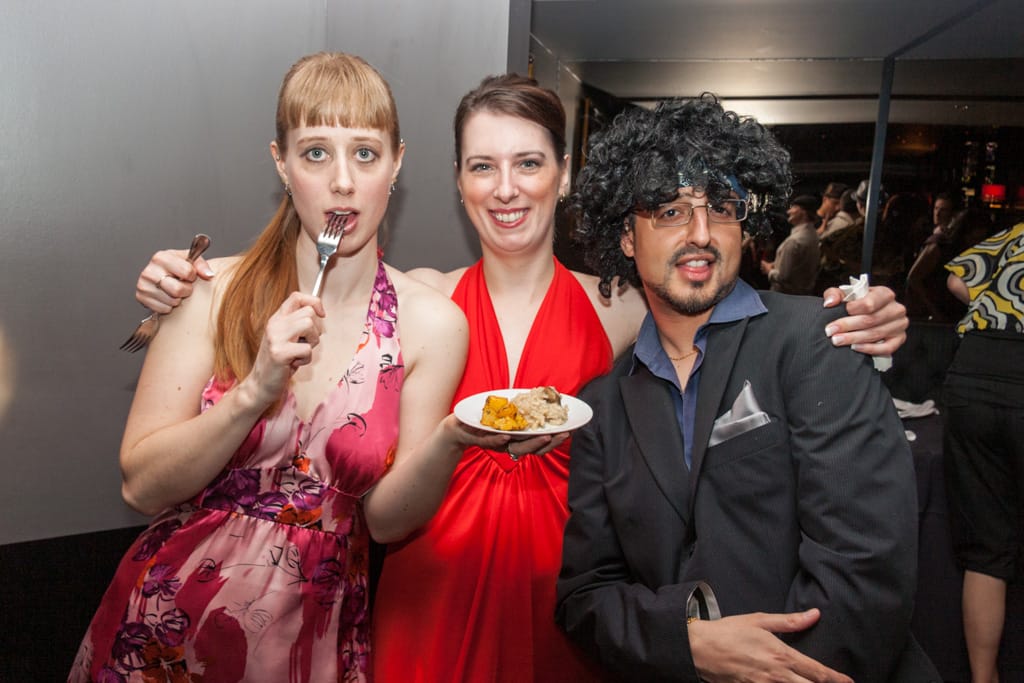 After most people arrived, we had — and I’m not kidding — a fashion show. This is our version of the Mercedes-Benz Fashion Week event that we support online every year. They were local models (a couple of them might one day make to Canada’s Next Top Model) and some ... well, more risqué clothes than I was expecting. But it was still pretty cool — I’d never been to a fashion show before. (Even though I used to watch Fashion Television somewhat religiously as a teenager. Hey, I was one of only a few in my school who knew who Jean-Paul Gaultier was...)

Before the CMMYs were officially handed out, Dan called to the stage (as much as a stage was present) our returning CEO, Di. Di’s been away for a little while, and we’ve all missed her. It was a good several minutes of screaming, whistling, yelling, and clapping before she could actually say anything. 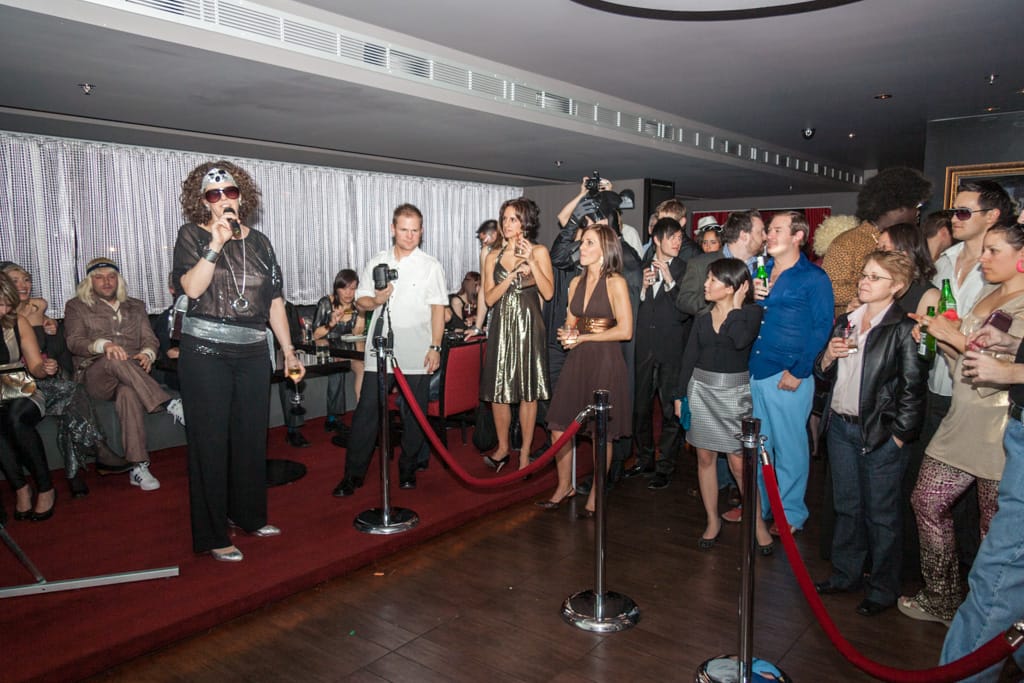 The Gold BU (my group, the ones responsible for the Rolex account) didn’t win any CMMYs this year, sadly. But I can egotistically put that down as jealous backlash for all the attention we garnered throughout the year. Just wait ’til next year, folks. We’ve got a few howitzers lining up.

Perhaps the best award given out last night was the Rich Wilkins Memorial Award. It’s in memory of our friend Rich, [[Fare the well, Rich|who passed away earlier this year]]. The first official recipient, who embodies the spirit, attitude, drive, and (to some degree) personality of Rich, was Jason J. I’ve worked with Jason for many years now, and there’s only a small handful of others who could be in consideration. If there is one award worth striving for in the CMMYs, it’s that one. Congrats, Jason!

From there, the party broke out into its various parts. The music got louder, people got more inebriated (standard operation procedure, of course), and I think everyone who came had a lot of fun.

It’ll be interesting to see how this goes down next year...