Another Christmas has come and is now waning. It’s been a long, but good day. Our child isn’t old enough yet to truly understand Christmas (although the morning nap appeared to be aborted due to the desire to be around all the unwrapping of presents), but that doesn’t mean Mom and Dad aren’t keen.

I think we were more interested in our baby’s presents than in our own.

We were utterly disorganised this year. Alex and I literally waited until the last minute to do some of the Christmas shopping. (Alex is normally done sometime in November.) We were so behind that we had to enlist Surrogate Santas back east to handle my mom, sister, brother-in-law, and our niece. I felt bad, but it was the only way to get things there in time.

Hopefully next year will be more manageable.

Among those, I should add, were some interesting and unusual things. For starters, Allen (my father-in-law) gave me a Dozuki saw (a Japanese pruning saw that apparently cuts almost as fast as a chainsaw) and a reflective safety vest. The latter is due to my habit of going for walks with my babe in the Bjorn in the dark. Normally not a problem, but being seeing is rather important. That said, I’ll likely end up using it far more often for working on the railroad — I needed a vest like this for a long time. (Now I just need a hardhat...)

Add to that some lights from my mom (one that changes from a flashlight to a headlamp that you strap around your noggin, and one that clamps to a grill for those midnight barbecuing sessions), movies from my sister and brother-in-law (the Bourne Collection and the Mythbusters Mega Movie Myths episode, a book from Alex to read to my kids, and a wonderful ceramic tree ornament from my child (with mom’s help, I presume). 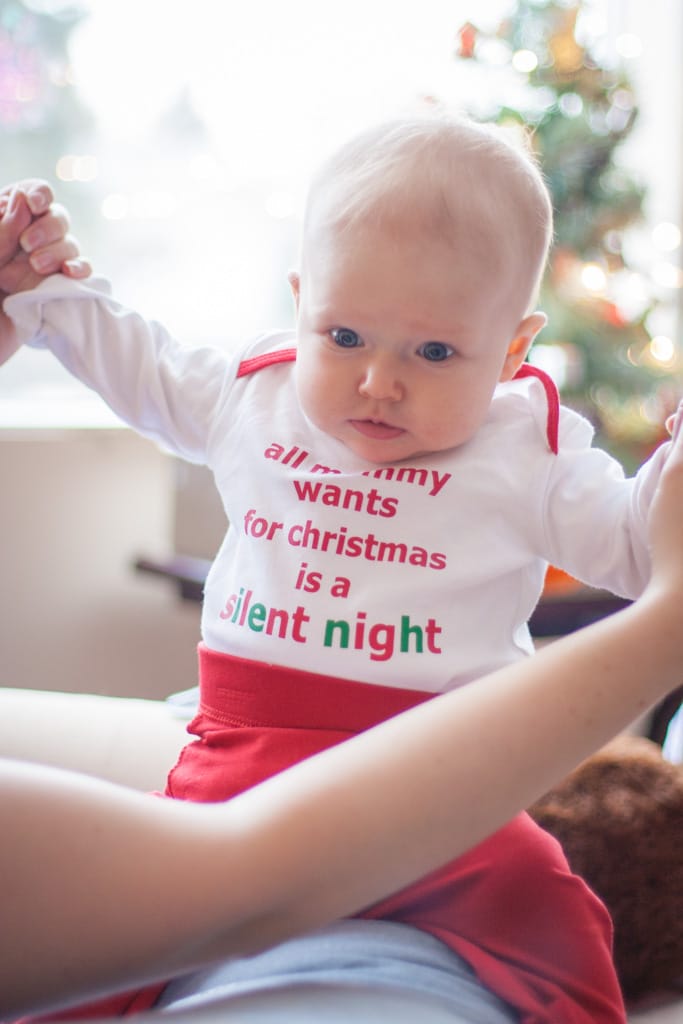 We went to Janice’s (Alex’s mom) for dinner, which was a lot of fun trying to get the three of us through her kitchen. But it was large and delicious — exactly the way Christmas dinner should be.

And so Christmas is over for another year. It’s been a more stressful year than usual, but not without reason. Tomorrow is Boxing Day, which means lots of sales. As if Christmas wasn’t stressful enough without that. But hey, part of the fun, right? 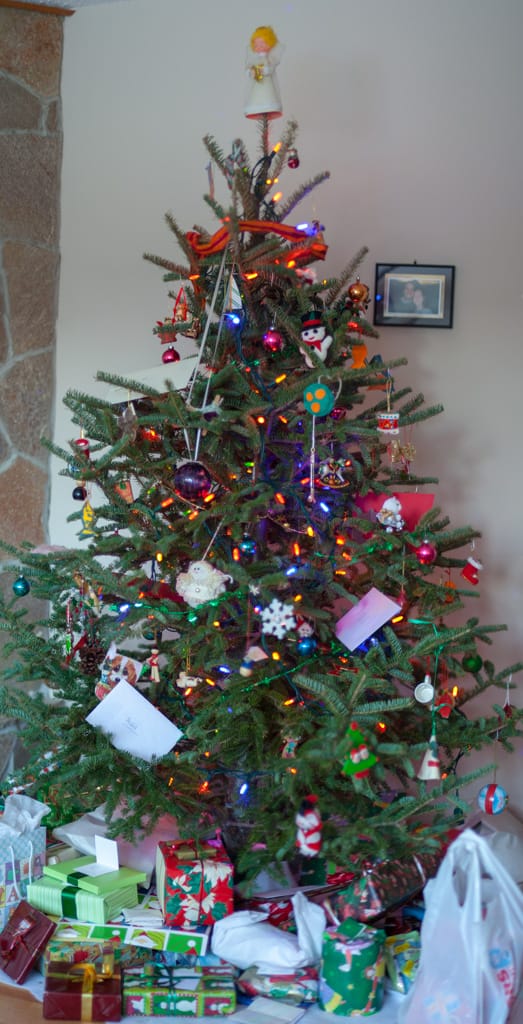