It’s amazing now much work you can get done once you’ve got a floor to stand on! Even if it’s a little on the unfinished side.

Well, first there’s the electrical. Enmax is supposed to be here tomorrow or Tuesday to hook up the new service. To get a clear line between the power pole in the back alley and the mast on the roof, I had to do some arboreal surgery. Not something I’m particularly fond of doing (my philosophy is to leave growing trees alone), but a necessity.

A handsaw, about 10 metres of nylon rope, and a bit of careful movements, and I lopped off a few large branches, an entire section of the tree, and a few strategic leafy areas. Hard the clean precision of an arborist, but at least the work didn’t cost me a fortune. Although I do have to get someone to haul it away. Or turn it into mulch and leave it behind...

While I was up a tree, Trail Appliances arrived with our new appliances: a new dishwasher, and a washer and dryer. It was something else to watch — they lugged around the old and new dish washers like they were mere blocks of styrofoam.

The washer and dryer — high efficiency LG Tromm units — were carried considerably more carefully, with a long set of straps slung between the two men, the units were carefully brought into the basement. 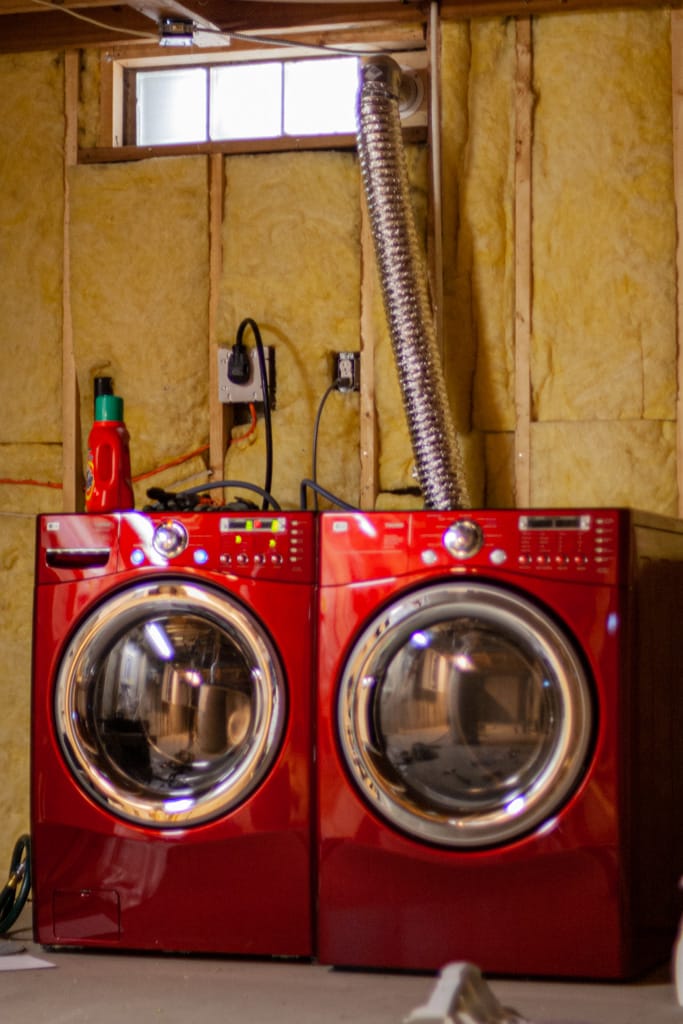 They lugged out the old fridge, dryer (a natural gas unit that no-one seemed to want), and the old dishwasher. Then almost as soon as they appeared, they drifted off to their last delivery of the day, and a date with 12 girls (all of whose names started with "Kokanee", apparently).

I hooked up the dishwasher last night. It wasn’t too hard, but more onerous than the last dishwasher we’d bought (at the last house). A tip to Bosch: Stick with one type of screw, please? Slot, Philips, and Torx is a bit much. 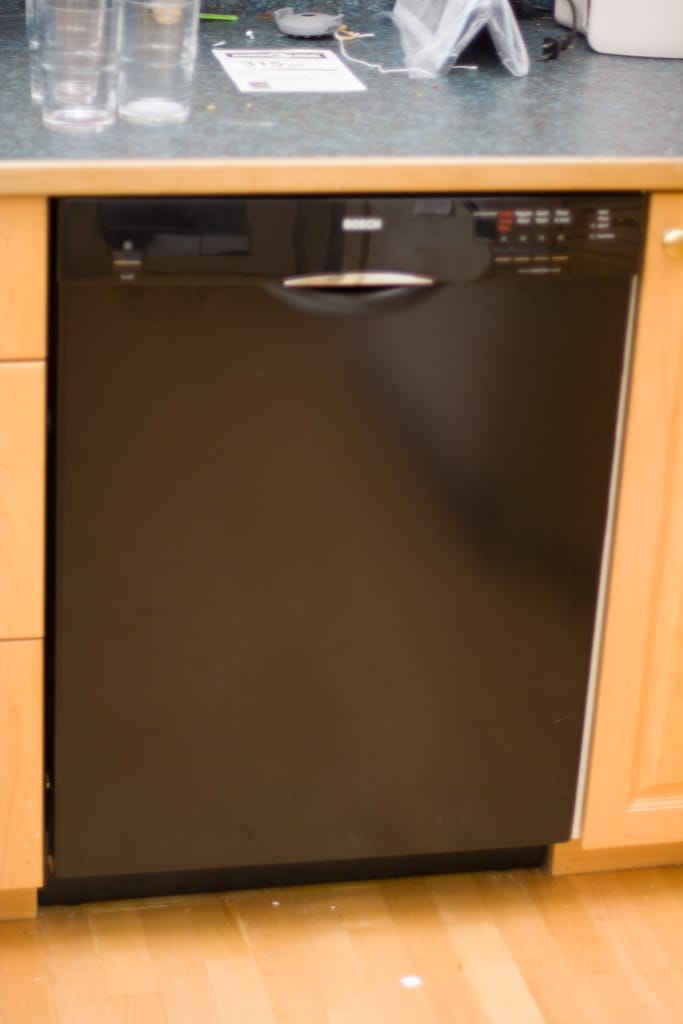 Today was washer/dryer day. Considerably more involved than the dishwasher. First, I had no electric receptacles for either machine. And for the dryer, it’s a lot more than just a mere three-prong socket, too. You need a special dryer socket, 10.3 cabling, and a double-pole 30-amp breaker. Not to mention complete framing, holes drilled, wire run, and a wee bit of plumbing (connecting hoses) to get it all working.

Oh, and you need a dryer vent. The old one wouldn’t cut it, so I needed a new one.

The washing machine is way cool. It’s super-quiet, and insanely smart. It seems to only pour in as much water as it needs. In fact, it doesn’t even put in all the water at once — it does it a bit at a time, tossing the clothes around a bit to make sure everything is wet, but the machine doesn’t fill with water. It’s so smart that I’m mildly convinced the thing is plotting something evil.

The dryer mostly works. And by mostly, it turns on, it spins, it blows air. But it’s not hot. Not even warm. And I haven’t a clue why. The wiring looks fine. The unit looks fine. There’s nothing in the instructions that suggests I’m forgetting something. So now we have damp bed sheets.

Hence why I’m writing a journal at 23:18, rather than sleeping.