This party started with the ever-popular Town Hall. We’ve done a variety of versions of this over the years, some successful ... some not so much. And by success, I mean interest. These have ranged anywhere from about three hours to over seven, and can be completely engaging (such as was the case with the Allard Show) or something that could put ADD suffers into a catatonic state. 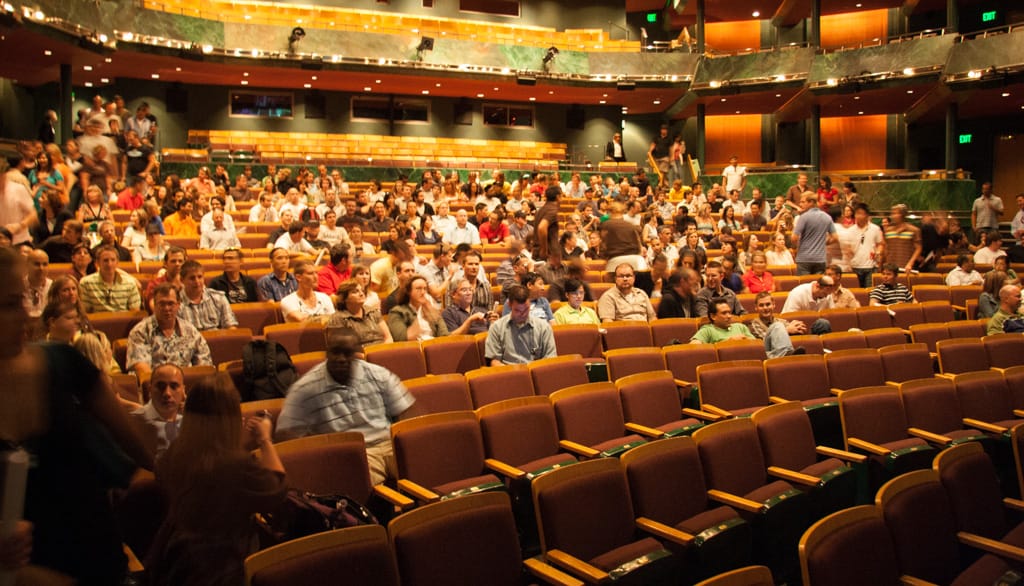 Yesterday’s Town Hall was actually a good mix of interesting and business. (The business end is usually the drier material.) As usual, there was also the humourous video. Past classics include "It’s Raining Men", "The Office Enforcer", and "Brett Back Evan". This year entered "The Boomerangers", a take on all of the people who left Critical Mass over the years to return and augment our growing team.

The video featured mainly Cory, Mike, and JL, all of whom have returned in the last year (Cory most recently). Brett, one of the stars of our previous videos, was the Drill Sergeant responsible for bringing people back. The premise: they never left, instead being forced into a retraining camp when they mistakenly tried to leave, being effectively retrained/brainwashed to being "normal" CMers.

Sadly, in the filming, one line ended up being dropped (Mike was injured going through an obstacle course, requiring a hospital visit) which would have made fun of me:

When Brett told me last night, I about doubled over. (Hey, if you can’t take a joke at your own expense, you have no right to make fun of others.)

I got to participate directly in one of the "presentations", which was a panel on the Agency of the Future. General premise: it’s 2010, and how are things defined now. Everyone on the panel (Dave, Steve, Carla, myself, Arif, and JL) are director-level or VPs, and been with the company long enough (Dave and JL being members of the Boomerang Club) to know where we’ve been, and senior enough to have thought about where we were going. 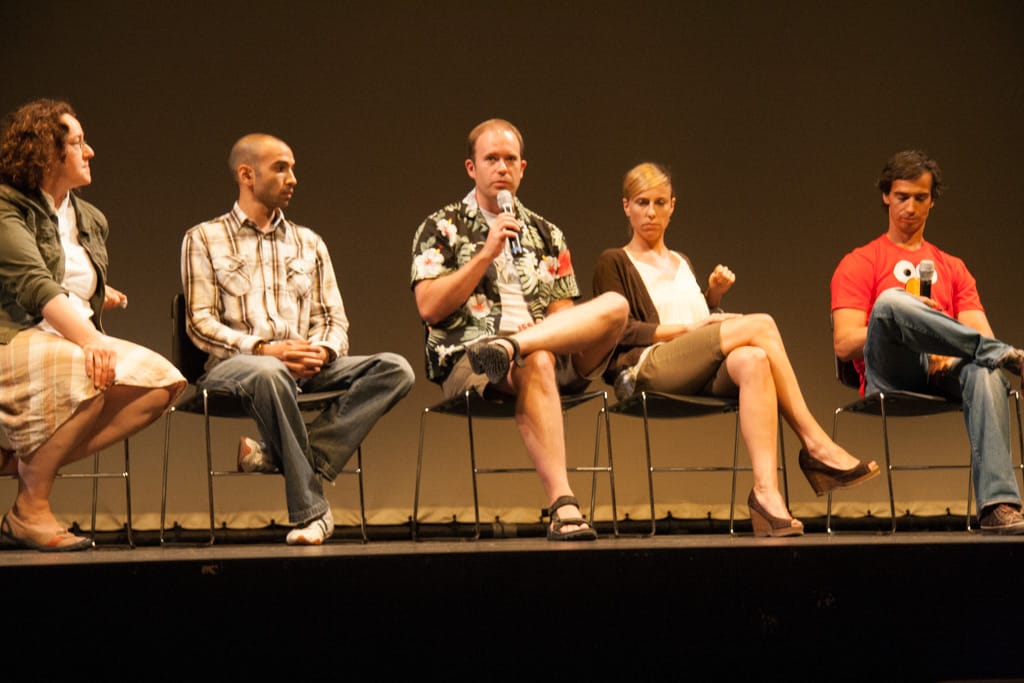 It was a pretty interesting discussion, really. I wasn’t sure how the conversation would go, given the various backgrounds of the people on the panel (Insight & Planning, Creative, Managing Director, Technology, Research, and Knowledge Management), there was a lot of room for differences. But when it came down to it, we all pretty much agreed on the topics.

We broke for lunch at about noon, sandwiches and whatnot. We mostly hung around the Max Bell Theatre (no real reason to stray much). We resumed at about 13:00, opening with — in CM original form — a selection of opera. Apparently, one of our newer staff is an opera singer. And a pretty decent one at that.

Business filled the afternoon, with perhaps the longest Q&A session we’ve ever had. It’s a sign that people are more willing to ask questions and that the company is willing to answer them. But that wasn’t the complete end. There was one last thing to do: Say "Thanks". 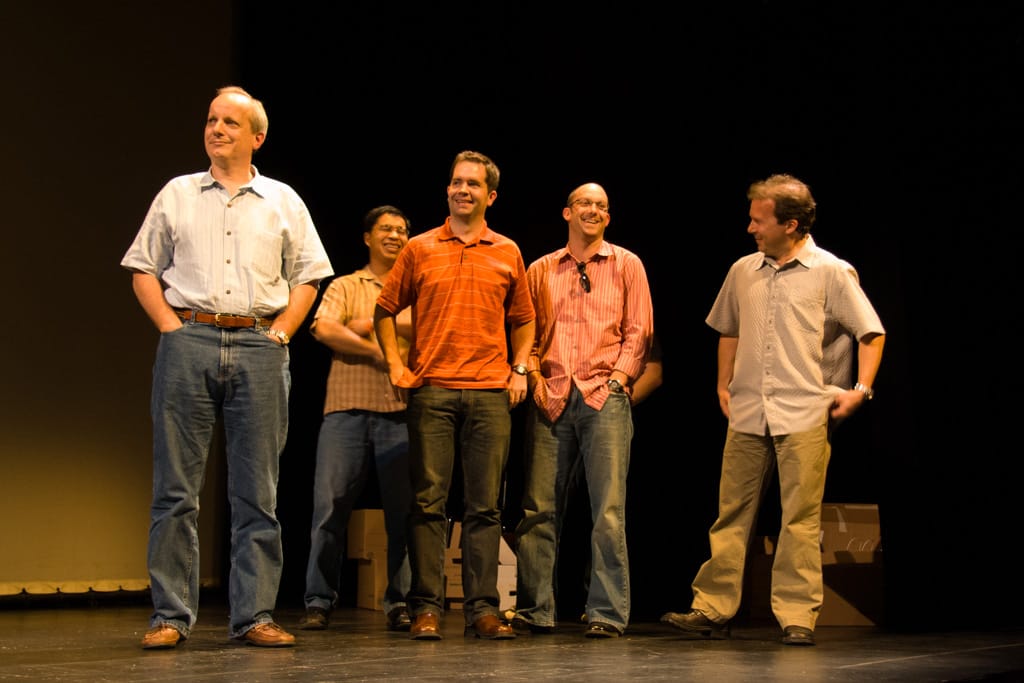 Arranged without the Exec’s knowledge, a small group organised the entire company to film a short video to say thanks to the Exec for making Critical Mass more than just some place where we punch a clock. It caught them a little off guard, but no more so than when they turned to face the audience and saw a sea of signs that said "Thank You". A nice touch.

With the Town Hall officially over, it was down the road to Flames Central for the after-party. Flames Central is in the old Palace building, a vaudeville theatre dating back to the turn of the last century. It had been vaudeville, a movie theatre, and an absolute dive of a club (I’d been there to experience it when my friend Geoff was preparing to move to Minneapolis).

The transformation is rather dramatic. The interior designer kept much of the old charm intact while cleaning up the crap leftover from the Palace’s meat market days. Now it looks refined, charming, and downright neat. Massive TV screens dominate the place, showing sports of all kinds (it is, after all, a sports bar). It even looks sort of like a hockey rink.

We broke out to eat up food, drink beverages, and try to get to know all the other people who now work for Critical Mass. Or at least that was the plan. About 20 minutes after I arrived, my phone buzzed. At first, I thought it was a warning that the battery was about to die. It was a text message from Alex. Apparently, we had both forgotten the first of our "Babies and Birthing" courses, and it was our first class.

I was angry. Not at Alex, but that I was going to miss (some of) the party. I’ve only ever missed one event, which was the night Alex and I returned from Costa Rica. I wasn’t keen on missing another. I look forward to this event every year, and it’s a great time for all of us to hang out and not be co-workers, and be more like family.

Yes, family. And not a cult. Chris alluded to this in some of his speech during the Town Hall. And it’s true. We look out for each other. We care about (and for) each other. There’s a reason we don’t have the political BS that’s prominent in some companies. There’s a reason I love working here.

So leaving wasn’t high on my list of desires. But if I had to leave, I was determined to come back.

I was back in Flames Central by 21:45 as Furious George, the band we had at our event last year, was wrapping up. That was a shame, as they sounded exceptionally better due to Flames Central’s far superior sound system. I had kind of hoped it was just a break between sets, but they were packing up their gear and heading for the door. 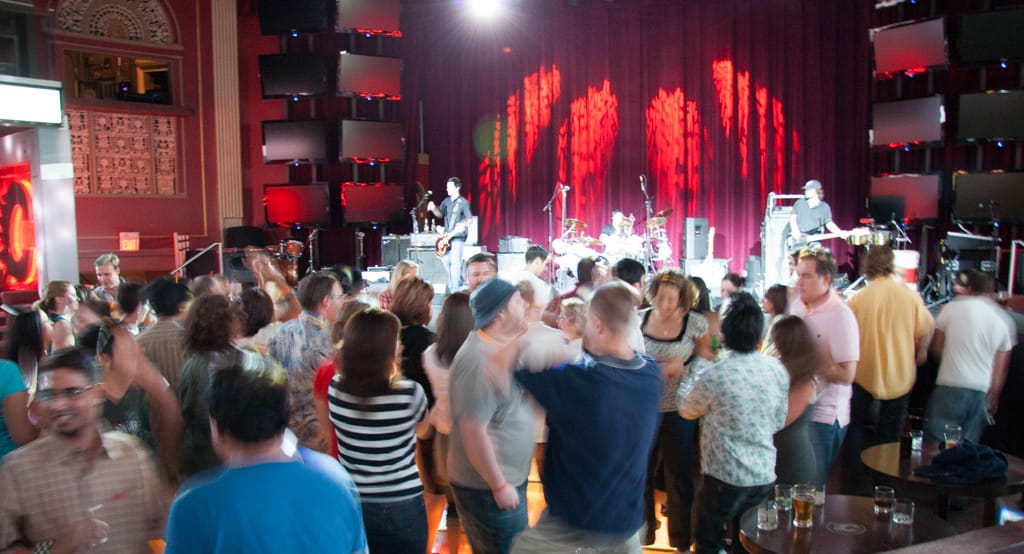 The headlining act, so it would seem, is a band from Vancouver called Five Alarm Funk. I wasn’t sure what to make of these guys when they first went on stage to tune up. Twelve members, including horns, percussion (the lead "singer" plays the drums), and guitars. And tight. Really tight. I’ve never heard a band that large play so well, even with all the solos and improvisations. 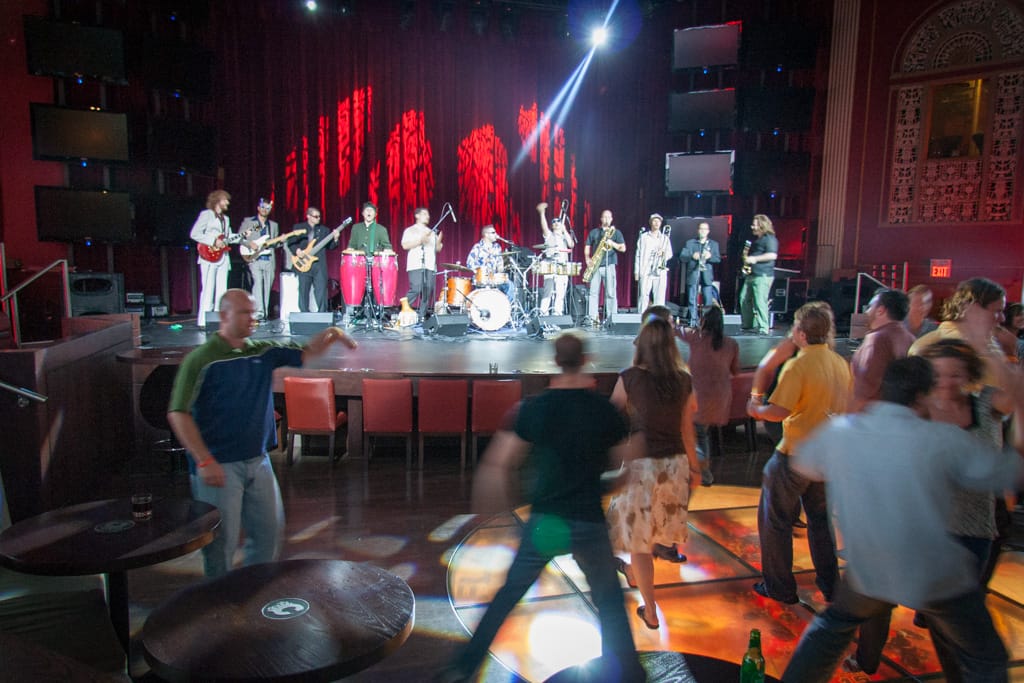 Wow. I mean wow. Without question, the funkiest band I’ve ever heard. They funked the place up. (Marcie didn’t like them — she was more into the rock ‘n roll sound of Furious George.) I was taken aback — I’ve never witnessed something that good. During the first break, I chatted with one of Five Alarm Funk’s members to not only congratulate them on being so funky, but to see if they were selling CDs.

I bought the first one. Only drawback: self-produced albums rarely capture the true sound of great bands. Bob Rock, if you’re listening, you need to do some cheap or pro bono work to help up-and-coming bands really hit it big. You could do wonders for making the percussion come alive, and break out the sound to really fill the spectrum.

The party went until we closed the place. And believe me, we closed it ... I almost wonder if we’ll be able to go back again. But we had a helluva time.