It’s Town Hall week (but you already know that), and that means another installment of BeerCamp. We don’t do these nearly as frequently as we should, but they’re always a welcome addition to our regular cycle of meetings and reading emails.

And as an added bonus, there’s beer. (Well, except for those of us unable to currently drink it, anyway.)

BeerCamp is our take on BarCamp — the Unconference. It’s a smart idea, really: information presented in an informal environment. No extensive preparation, no overhead slides, no Powerpoints. You get a whiteboard, some markers, and you already know what the heck you’re doing. Get the experts up there who know this stuff cold.

Each of the presentations is about 20 minutes, including Q&A. In other words, quick and dirty. You’d be surprised how much you can learn in a given session.

I didn’t attend all the sessions — there were three parallel tracks, and couple of timeslots when there wasn’t really anything that truly interested me. But that’s the reality of full conferences, too — sometimes, there just ain’t anything up your alley. 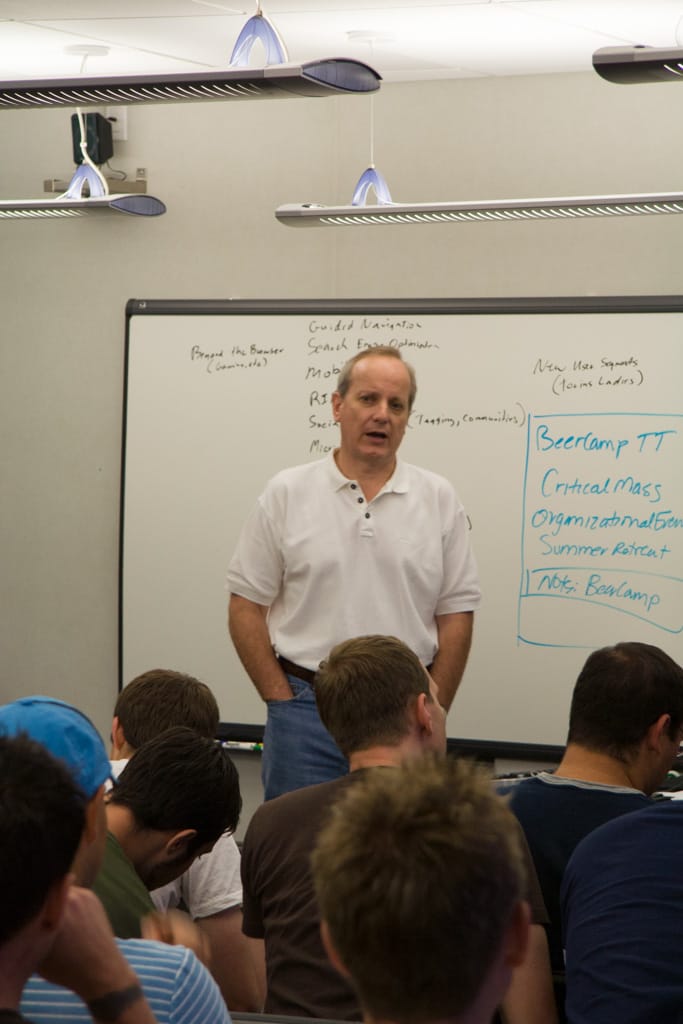 Neil’s presentation on the iPhone really got me going — I can’t wait until we get our experimental unit to play with. Next up was a rather interesting idea on ubicomputing — the idea that a single application can be accessed through disparate networks (internet, land phones, web-enabled phones, etc.). Not just access, but within the same session. My head hurt trying to figure out how Jonathan and Pedro got that to work. 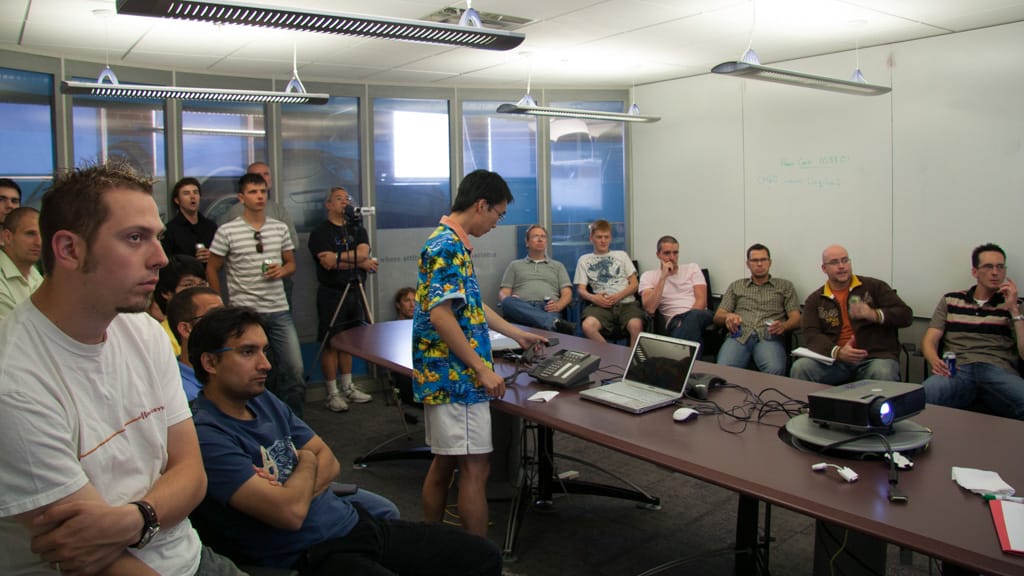 I took a quick break to run around and take pictures — it’s what I do.

Next up was Sean and his description of What Is A Product Specialist, Anyway? It turned more into how he manages assets on Rolex. But that’s the neat thing about BeerCamp — that’s totally acceptable. Hell, it’s encouraged. That means people are getting something from the conversation if they’ve turned it around into something else! I wrapped up with Scott and Tim’s presentation on how to get Flash to integrate properly with HTML.

That is a conversation I had over a year ago with a different Scott and Jim as we tried to build the new Rolex.com. The problem? Insufficient HTML support, and near-absent CSS support did us in. Our future will hopefully merge them together properly, but not until Scott and Tim have done what they’re setting out to do. I can’t wait to see the results.

Then was the BU meeting. A two-ish hour presentation on the State of the Union — where we’ve been and where we’re going. One of the major changes, which I had confirmed (but suspected for months) only a few days ago — I have a new boss. Dan is finally moving more permanently into the position of President. He has to — we’re 550+ people (and still growing rapidly), and he needs to focus more there. Mark is my new manager.

Following our BU meeting was the Exec-sponsored get-together out in the parking lot, which lasted only until it began to rain, where we went inside. I didn’t stay too late, but I did hang around enough to talk with Scott (another different one) about the panel discussion tomorrow. It’s gonna be a long day, so I’d better get some sleep...