Every time that I’ve chased CP 2816, it’s been eastbound. Never before have I had the chance to actually do a westbound chase.

Today, I finally got that chance.

I almost didn’t. A small crisis at work broke out, and I kept my cell phone at close range. I honestly thought I might get lucky, get off one shot, and then head into the office. But my team is very dedicated and pretty much did everything without any additional input from me. I’m not sure whether to be proud that I don’t have to say anything, or be depressed that I’m simply not needed.

Either way, I got to chase 2816 again. The last time I tried, the timetables were so messed up that we didn’t get to actually chase her — she ended up chasing me, and I didn’t get any pictures. Alex was very patient then, but I opted not to drag her out with me on this run.

I started off near Bowness Park, sitting on the edge of Bearspaw Dam Rd., a vantage that I thought might work okay. I probably should have gone further east to the bridge to get a better angle, but hey — it’s a first time, and I gotta try something different. I had a lot of time to doubt myself — the scheduled 9:00 departure should have put 2816 next to me by about 9:10. Assumedly, a late freight train held up the run, and I ended up waiting about a half hour until I could hear the whistle blowing east down the valley. It wasn’t long before I could see smoke, and then the headlights. 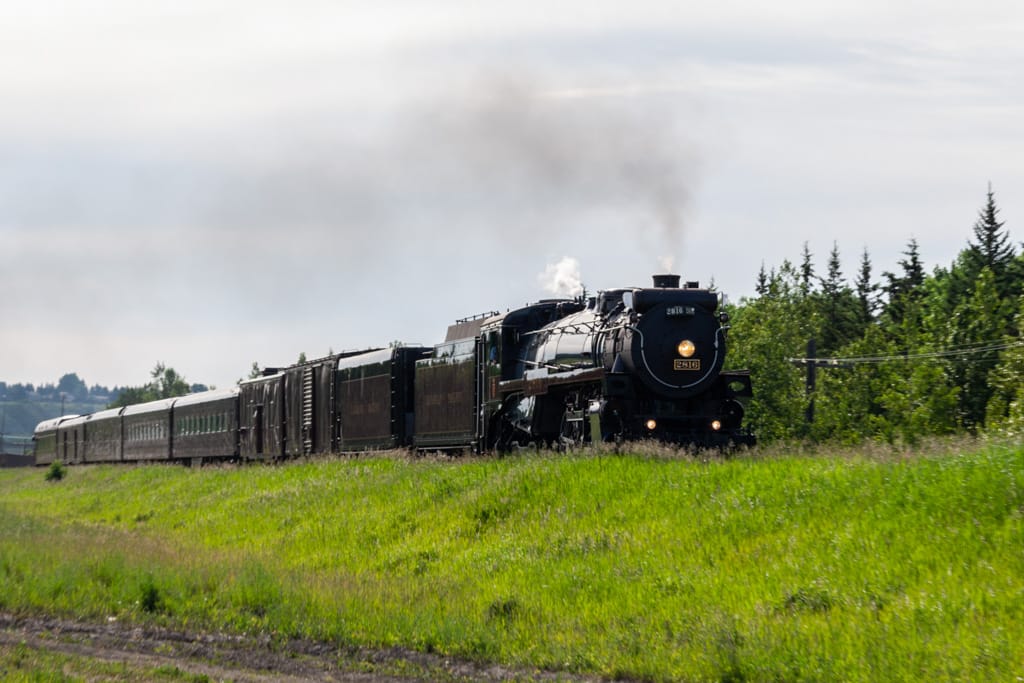 The chase was on! After Bearspaw, my next thought for a location was quite a ways out of town. The tricky part is staying ahead of 2816. Bill knows how to run that engine, and Canadian Pacific tends to let her run open rather than put her in sidings. I drove pretty much flat out to Morley Road. There I had to wait about another half hour, along with a few others who got in my frame of view. I hate it when people do that. 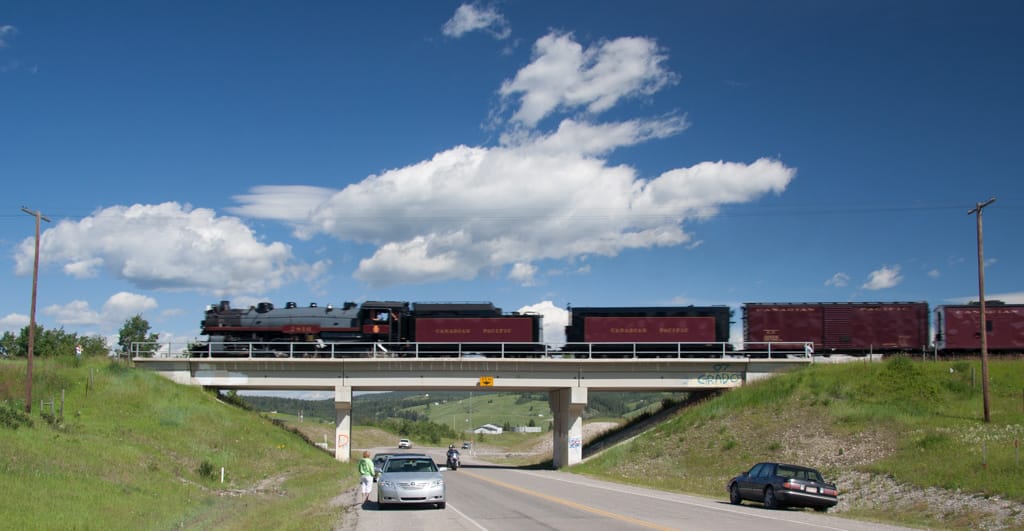 Once 2816 had passed, I was off like a shot to Highway 1X, and the overpass at Seebe. I made it with only a minute to spare. 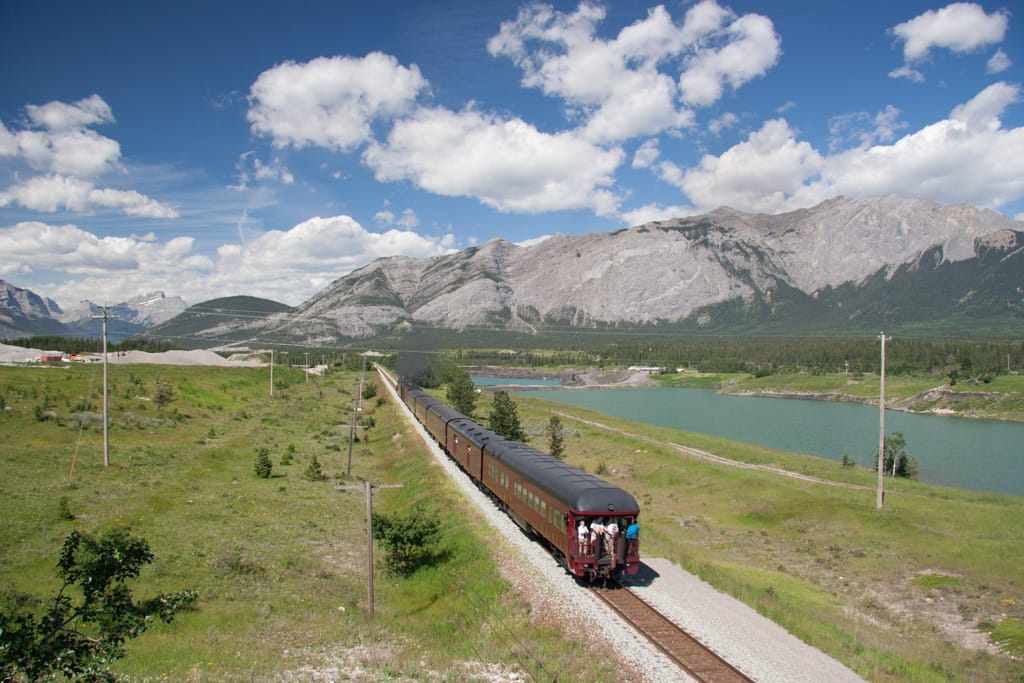 I’d heard that instead of going right to Lake Louise (her end for the day), there would be a three-hour delay in Banff (Bamf!). Not wanting to spend that much time in Banff (Bamf!), I opted for a final picture just east of Canmore, along the 1A. The hard part of that wasn’t so much getting there, but getting there before the train. And to make things more nerve-wracking, I actually had to get far ahead and then run straight at the oncoming train.

Phone calls to wrap up the problem at the office came up during my return trip. It felt good to get out and chase again. It might be a while before I can do this again.