When I got home yesterday, we had a brand-new visitor at the house: a giant yellow refuse bin from Rubbish Express. This is to haul away all the leftovers pulled from the basement in the process of preparing it for overhaul. 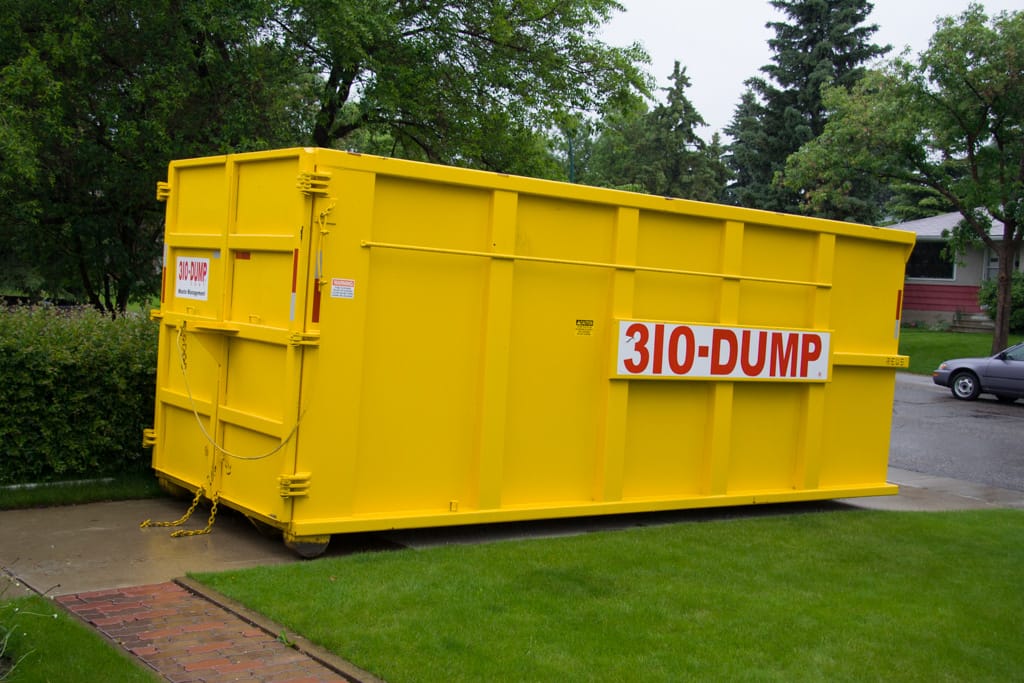 And it’s getting worse.

The pile has been growing in the back since Allen and I started pulling the basement apart a month and a half ago. (Whoever said it is easier to destroy than create has never tried to pull apart a Frankenstein basement without wrecking the rest of the house.)

We’d called around to find out how much it would cost to haul it all away. Originally, we’d considered renting a pickup and taking a few runs to dispose of the stuff. But I think that would literally take days, there’s so much stuff now. Hence the refuse bin.

Enter the plumbers. We’re roughing in a basement bathroom, and having to set up drainage for the washing machine and the condensing boiler. That means a fair amount of destruction to the concrete flooring. this isn’t something I wanted to even attempt, so we’re having the same company (Canyon Plumbing) tackling our heating also handle the roughing work.

They arrived today to start the work. So far it’s not much, just a gouge in the floor. But it’s the first real start on having some serious work done downstairs. With luck, we should have this done in time for the end of August... 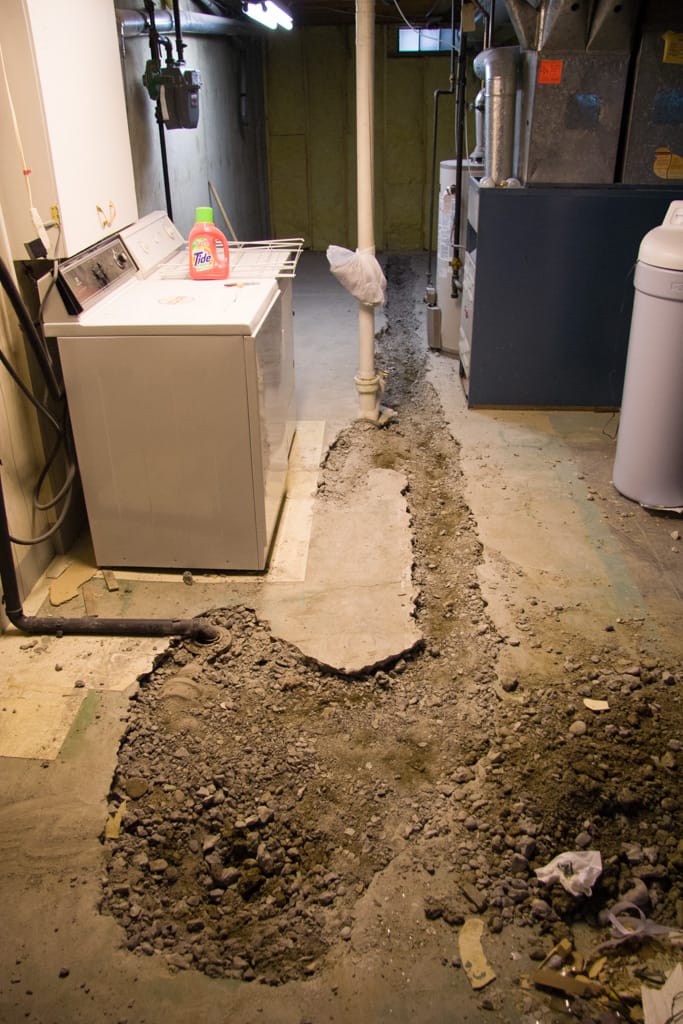