After a hearty breakfast, we made an effort to do two things:

This led us to Amanda, the Expedia Local Expert. I had no idea these things existed. Apparently they’re all over Maui. Technically, a Microsoft employee who knows a lot about the area, gets you good rates on the otherwise expe

She would also sell us on swimming with dolphins ("they swim right up to you" if you’re pregnant) and booked us in with some presentation thing to knock off USD$100 off our activity bill. I sense "timeshare", but we’ll see.

Booking in hand, we went south in search of ... stuff. If I’m gonna fly 7,000 kilometres, I want to see more than just the hotel. Especially if there’s historical stuff in the area. I can’t sit on a beach for more than a few hours without going loco.

My goal? Pu’uhonau o Honaunau, a place of refuge. According to the books, any violation of kapu, ancient Hawaiian law, was met with one punishment: death. Since that tends to put a damper on things like living a long life, someone had the sense to create places of refuge where people could attempt to escape (they weren’t easy to get into, since that would defeat the purpose of kapu), and get absolution for whatever crime they committed. If they died in the attempt, well, they were sentenced to die anyway, right?

There’s only one road to get there. And it took a while. Along the way we stopped in Kainaliu, one of many little towns that sprung up during Hawaii’s agricultural burst in the late 19th and early 20th centuries. They’re the last refuge of the old general stores, which dot the road south from Kailua. 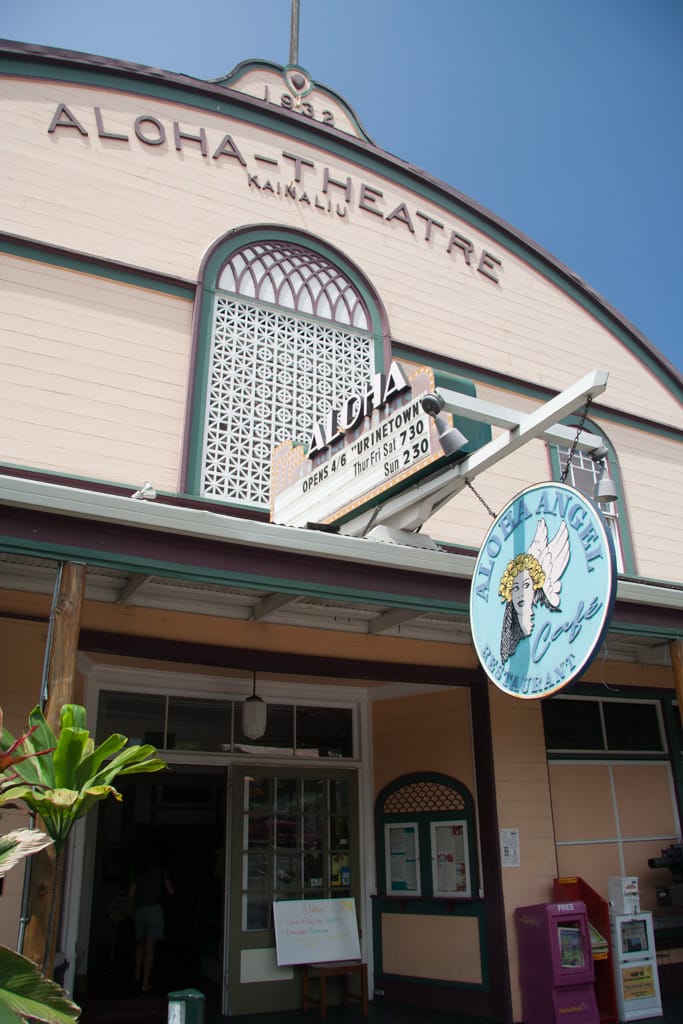 Lunch was a real pain. We couldn’t get into The Coffee Shack that Amanda had recommended — too full. So went in search of other things. Not open. Not appropriate. Not food (minor issue, really). We stopped at the Painted Church along the way. A very neat place. 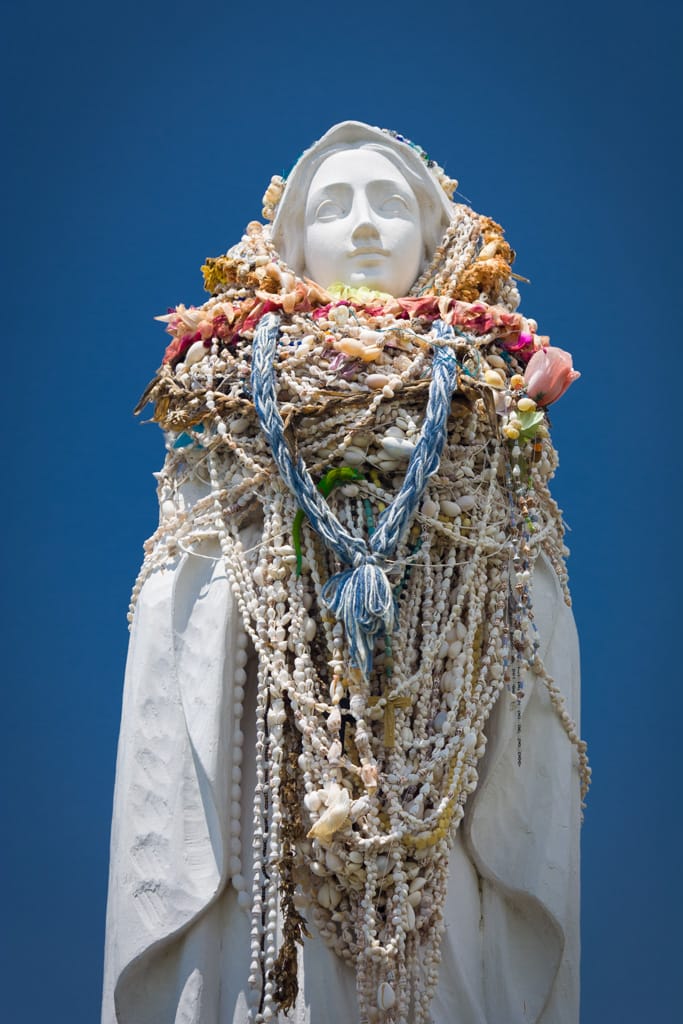 I thought, rather naively, that Pu’uhonau o Honaunau might have food. So we drove the 10 minutes to the park, only to find out it didn’t. We had to double-back almost a half hour back to The Coffee Shack, which finally had space.

It’s a neat place that has a killer view off the patio. Decent food, if a bit pricey. Killer desserts. And you get to watch geckos while you eat. How cool is that? 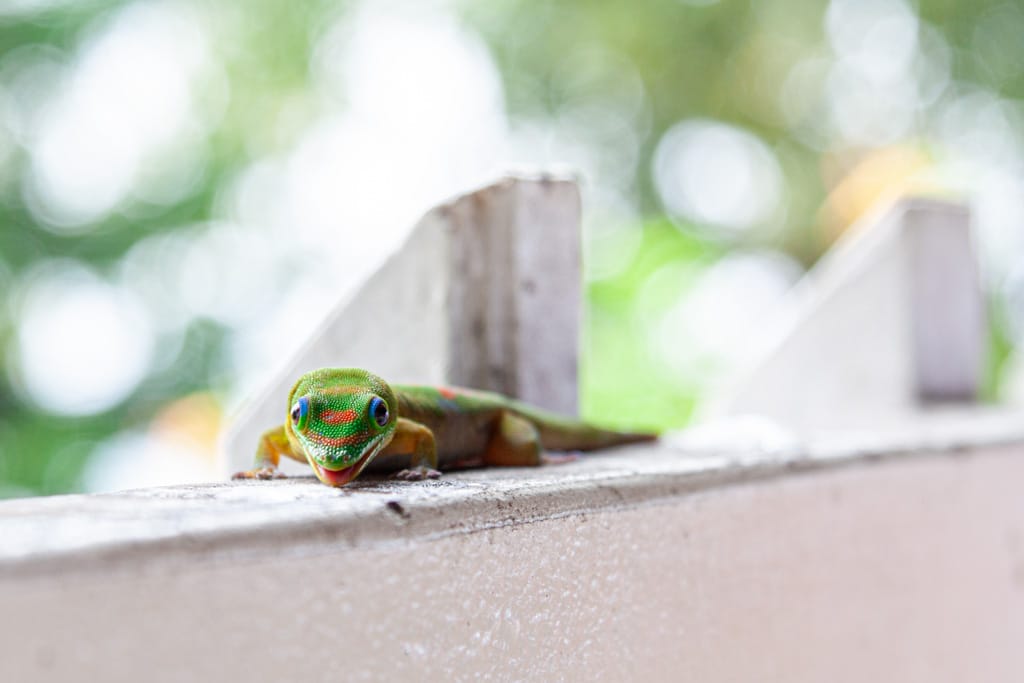 Following our repast, we went all the way back to Pu’uhonau o Honaunau. We managed to sneak in without paying due to a wad of confusion the first time we went there.

It’s a lot more desolate than I would have thought. Mind you, all the Hawaiian heiau I’ve seen so far are pretty … well, plain. There’s not much beyond the walls. The wooden buildings are long gone, so the only sign of anything important is the stuff built of solid rock.

We didn’t stay long, needing to run back to the hotel to change and catch a bus downtown for the Captain Bean’s Cruise. It looks great on paper. But it’s got another name the locals use: The Booze Cruise. If only we’d known…

The barge, effectively what the boat is, awaited us at the pier. We checked in, got our boarding pass (kinda hokey), two drink tickets (one each), and had our photos taken. 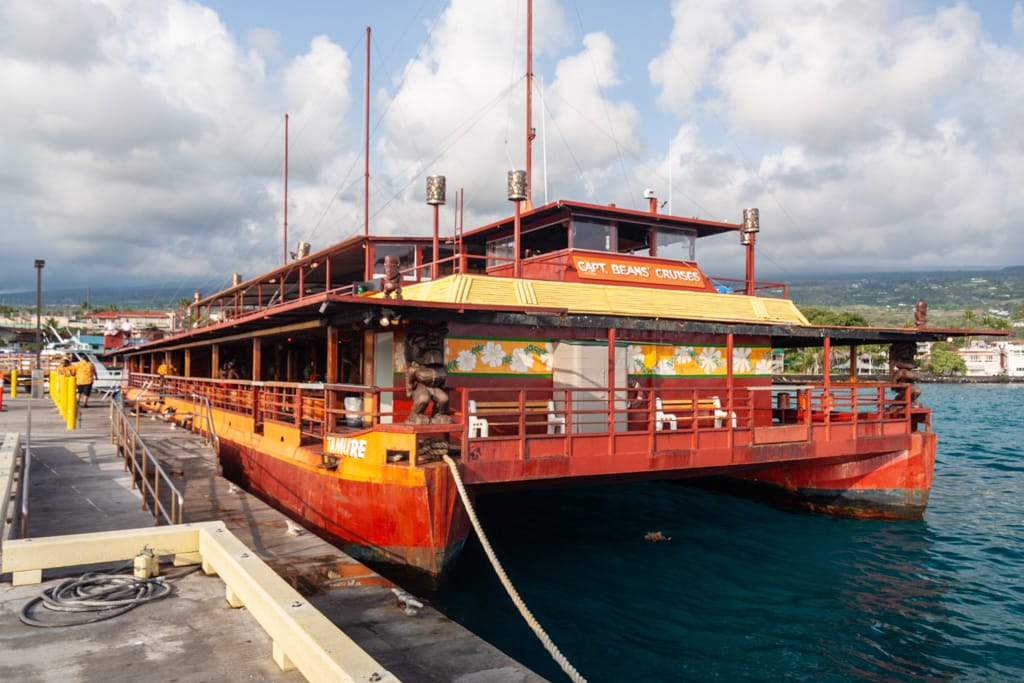 The area is made mostly of square tables set into the floor, where you eat and watch the entertainment. Although there is an upstairs, passengers aren’t allowed up there. Too bad, really, since it would have been a nice reprieve from the band. Good, but a little too loud for me. 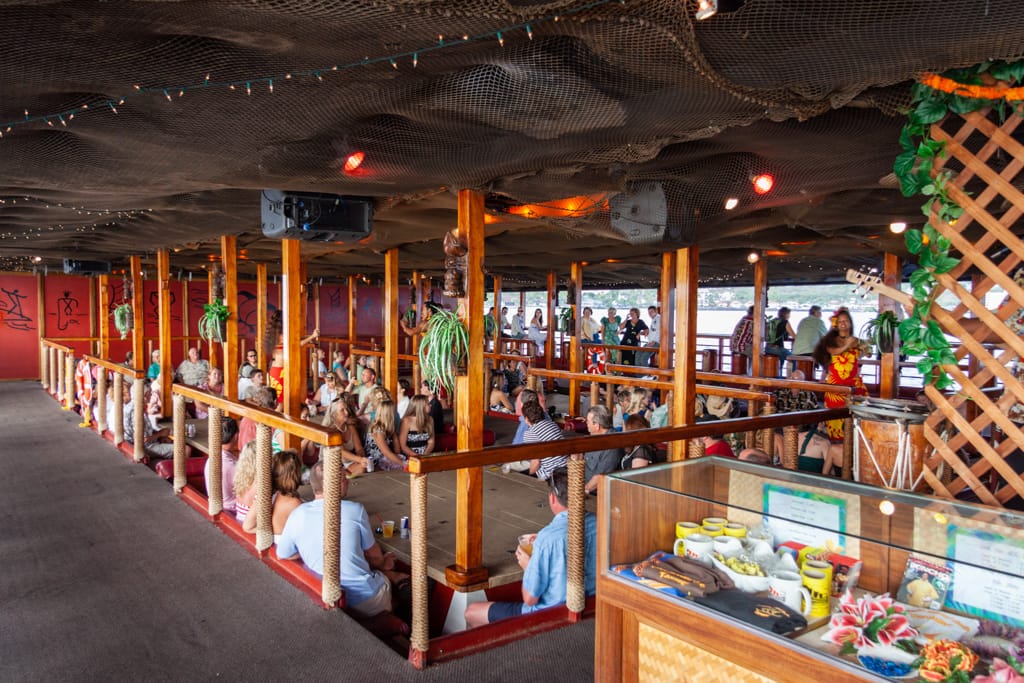 It was a smooth cruise, taking about two hours. Sometimes didn’t even remember we were on a boat. The food was pretty good, too, but the corn was way overcooked. We were pretty happy when we got back to our hotel.

The bachelorette party tried to pick up two of the male dancers on board. They were super-loud on the way back (the lives of the party).

I must be getting old…