I ate at the hotel this morning. Not a bad little place, really. And it meant I could sleep in a wee bit. Four hours of sleep just isn’t enough. But I brought that on myself.

I was a bit late arriving at Eurosites — about five minutes. This was not due to the aforementioned lack of sleep, though. This was due to the previously mentioned crappy wireless internet connection. I was determined to send out some emails before I left for training, and the connection just wasn’t offering up what I needed. When I finally got it working, I almost ran out the door to get to training on time. Kayo, Loic, and Adam were already there.

I wasn’t the only one to show up late. Although we’d planned to start at 9:30, the last stragglers didn’t show up until after 10:00. Training went relatively easily, and we got into doing examples. I spent the time mostly handling some issues through email.

Lunch was at Chien Qui Fumer again. French onion soup and steak. Smoking. Almost all of us drinking Coke and/or coffee. It was warm. I was thankful to finally leave and go back to training.

We wrapped up by about 15:30, with some meetings going on a bit longer. I help Erica work through finding a router for the Paris office. They have a single network connection, and three people. Hence the need for a router. We went through specs and finally figured out what they need. Hopefully Erica can find one tomorrow without too much difficulty.

When Jaime finally got out of her meeting, we all had another meeting to attend — a design review. With the Calgary office. Jaime, Erica, Mark, and myself all crammed into my tiny hotel room, using Jaime’s cell phone (which had a speaker) for the conference, and my laptop for the presentation. We were so drained from the day (and the week) that we were giddy. If Joanne hadn’t (wisely) retreated to her room, I can only imagine how much concentration we’d have been able to devote.

Meeting over, the five of us headed for a nearby Moroccan restaurant. Exhausted, we had trouble eating. (And it was a lot of food.) It wasn’t long before we all headed back to our respective places of rest. I won’t see Mark or Erica again until the Summer Event in a few weeks. I might see Joanne tomorrow, but there are no plans. Jaime will be back in Calgary on Monday. Thankfully, today is the last business day of the week. I had dreaded additional meetings tomorrow, but it looks like none will occur.

After resting a while, I went back out to take some night pictures of Paris. But my heart was barely in it. I’m tired. I’m so glad this week is over. 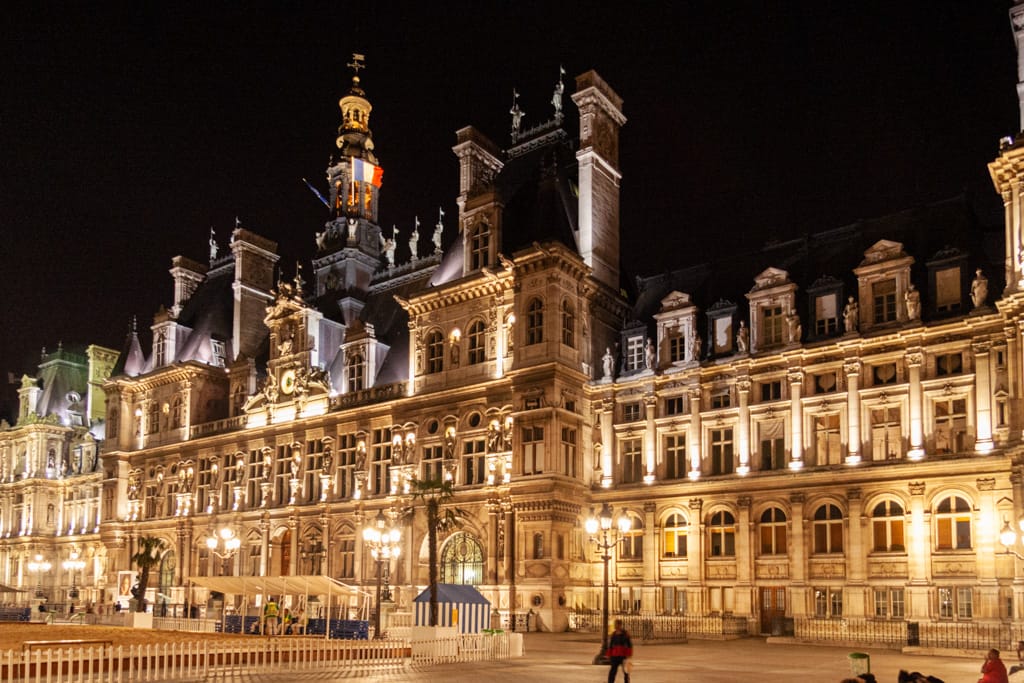