Despite wating up at 4:30 thinking it was daylight (in reality, only the hotel’s light outside my window), I slept pretty well. That didn’t mean that I’d totally licked jet lag — I ended up needing a nap in the afternoon. Hopefully, though, that was the last of it and I’ll be able to carry through without difficulty.

I met Adam in the lobby as I tried to resolve why I couldn’t connect to the internet. There’s something with the wireless connection here, and I think they turn the connection off at night. I can connect to the router, but not a single thing beyond that. Purely a guess, but it seems safe enough. Adam was down there for the same reason.

Deciding that breakfast was in order while waiting for the internet to come back. So off we went in search of something. Thankfully, a little cafe nearby sold ham and cheese crepes, which happen to be one of my favourite things to eat first thing in the morning. Unlike the ones at the Calgary Farmer’s Market, these take a while to eat. They’re quite heavy, and lasted me pretty much to dinner. Which was good, since I had a lot of work to attend to before then.

Dinner was after 19:30. Adam and I found a cafe down by the river, Au Vieux Chatelet. The waiter, extremely helpful and willing to talk in English if needed, was prompt and courteous. (People have complained about French waiters, but I have yet to see it.) Chicken and fries. It seems almost everything comes with fries in this city. But that’s fine with me — easy to get and eat. But I know in a day or two I’m gonna have vegetable withdrawal.

I went for a walk after dinner. I’m taking advantage of as much time as I can get to see as much as I can of this very intriguing city. I walked a ways down Rue du Rivoli before heading down to the river, towards the Louvre. Once in the courtyard, I found my way to the Pyramid to see what it was all about. Admittedly, it wasn’t about much. Beautiful, but still a little bit jarring against the renaissance architecture of the Louvre buildings. And for those of you who have seen "The Da Vinci Code", no, there are no Rose Line markers. I checked. 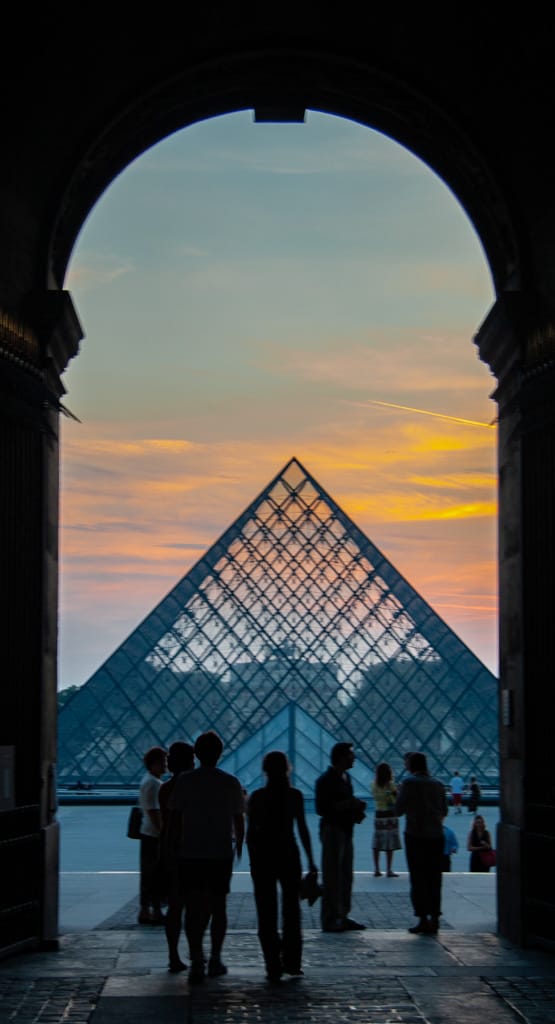 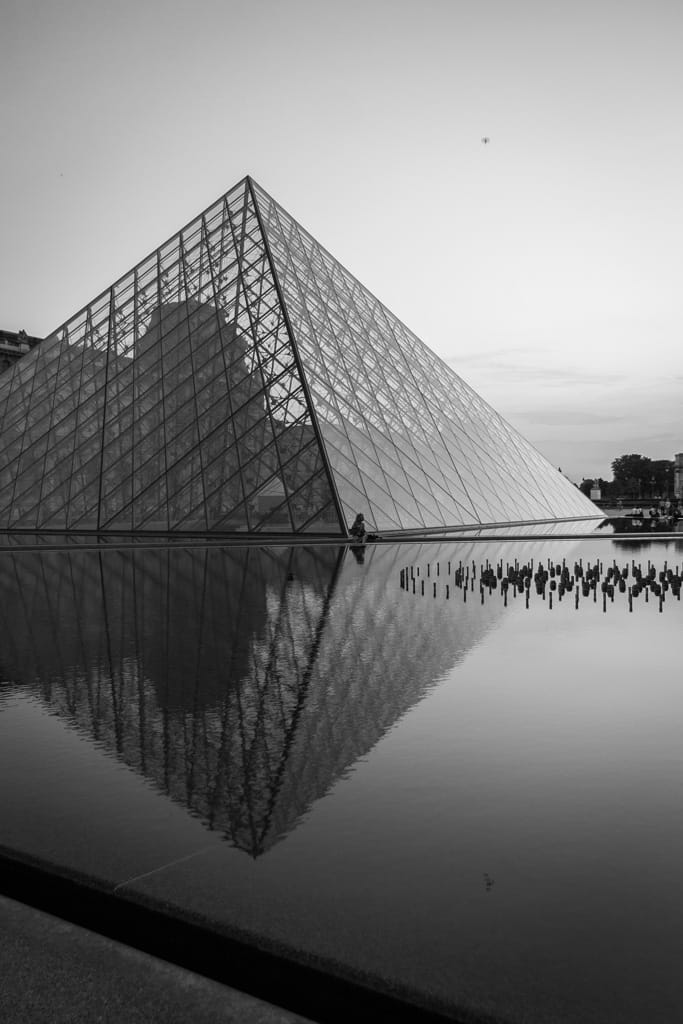 From there I walked to Le Jardin des Tuileries. It was suggested that I spend time in there, but I decided to speed through (it was already getting dark and I wouldn’t be able to see much there), heading towards the Arc du Triomphe. I didn’t go the whole way, as I was actually aiming for La Tour Eiffel. Because the city is partly in a grid and partly follows the river, it took me a while to get there. It took well over an hour to walk there from the hotel.

But it was worth the walk. I’ve seen the Tokyo Tower, which is a (slightly larger) copy of the Eiffel Tower. I think I prefer the Eiffel Tower, especially at night. The square directly under the tower was packed full of tourists looking at the tower and standing in lines to get a ride up to the top. I paused only long enough for some photographs before continuing into Parc due Champ de Mara. You’d think that a park would be mostly devoid of people at almost 23:00. But the French have a decidedly different approach to nightlife, and the park was full of people watching the tower as if it was a drive-in movie. 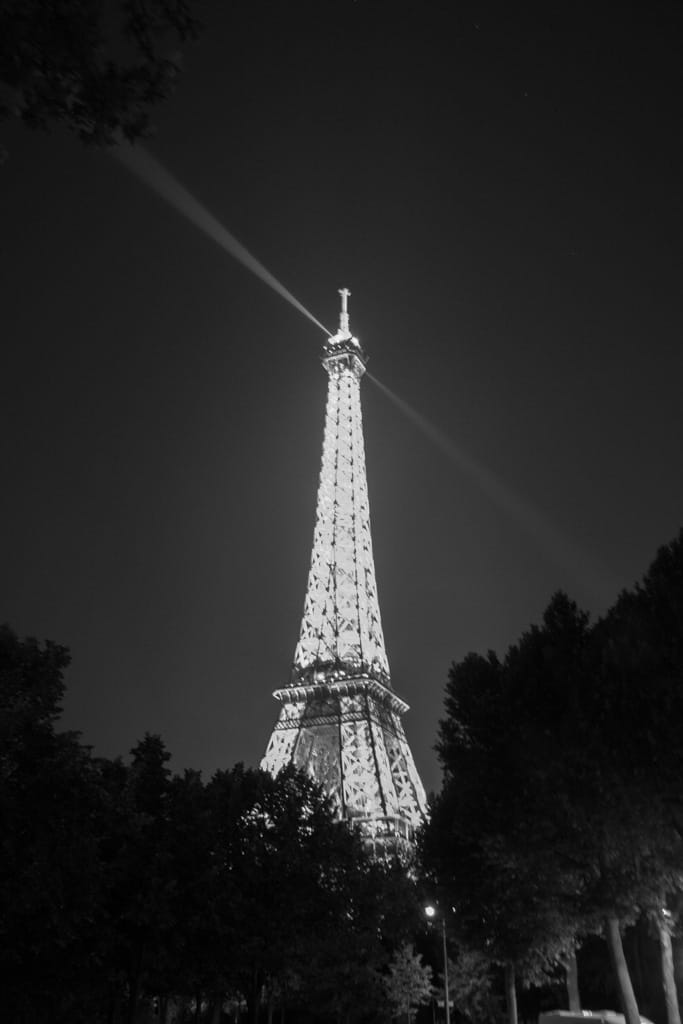 As I returned to the Seine about 10 minutes later I learned why they were waiting. At 23:00 (presumably every night), the tower lights up with strobe lights for a few minutes. Thousands of them. It looks like people are placed all over the strucure with their cameras, taking flash pictures at night. It’s quite the sight. I wish I’d stuck around to see it up-close, rather than several blocks away.

Along the south side of the Seine almost until just past the Pont d’Orsay, where I crossed on a footbridge and headed over to the Louvre to take a picture of the Pyramid at night. Then it was back to the Seine and another footbridge that looked towards Ile de la Cite. A few long-exposure pictures there, and I was headed back to the hotel. My feet are killing me.

Tomorrow, the official meetings begin, and my tourism of Paris comes to an end (most likely).