There are a many things that I am grateful for: a loving family, a good job (even if it does stress me out a lot and keeps me insanely busy), good health, high speed internet connections, snow, sunshine, a warm bed, a hot shower, food on my plate, my friends (though I seem to have fewer these days — my own fault), and my sanity (what little of it that seems to remain, anyway).

Now I have one more thing to add: fuzz therapy.

Not quite a month ago, Asia entered the family. Not the continent ... the cat. Asia is now the fourth cat I’ve had in my life. And I hope that she’s here for a long time to come. 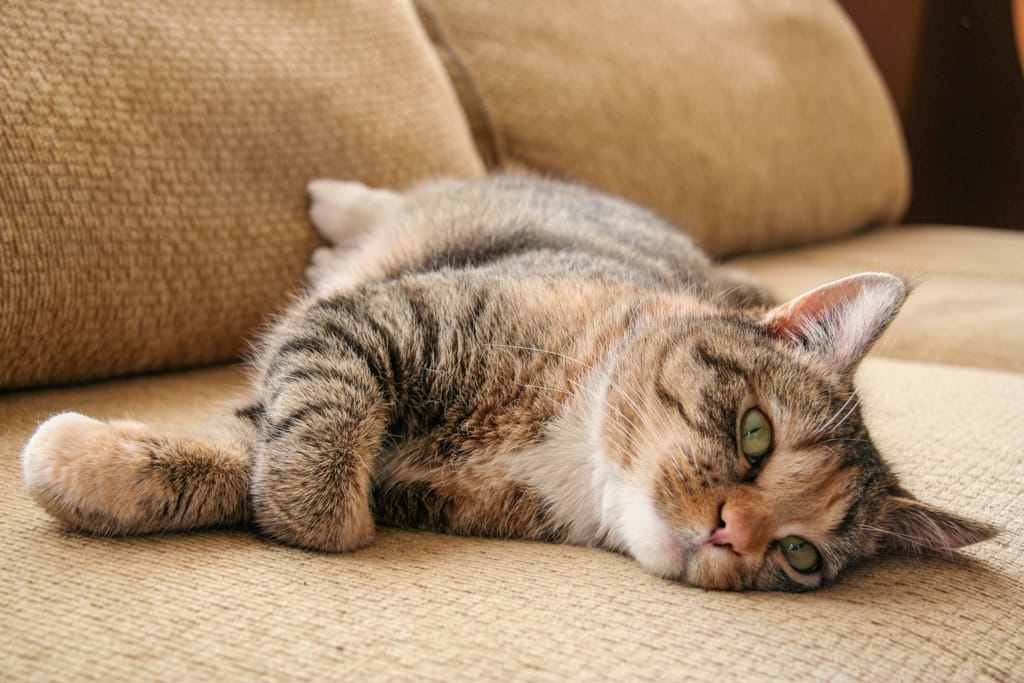 My first cat was Sylvester, a black and white domestic short hair (DSH) that I got from my Aunt Ruth. A pregnant stray barn cat wandered into her home (on a farm, of course), and gave birth to a litter of kittens. Smiley, as she became to be known, mothered them for a while before the offspring were given away. I got one of them, and Sylvester Q. Pussycat (as Dad used to call her) was with my family for 18 long years. We had to put her down — or rather, the task fell to Mom — when one day, Sylvester seemed unable to keep living, but hadn’t the strength to die.

Not long afterwards, we inherited my grandmother’s cat — a lovely siamese called Spaz. That’s why I called her, anyway — I was the only one in my family to use that name. Spaz was originally named "Yum Yum", after a character in the Mikado. Like Sylvester, Spaz was a gift from my Auth Ruth (although Spaz was purebred, not a stray) to keep my grandmother company. Spaz got her name due to her rambunctious nature — she tended to wreak havoc around my grandmother’s house. That led to her being declawed in the front, and led to her calming down a bit.

When Grandma had to move out of her house, my family took Spaz in and she became one of the family. And the neighbourhood terror. To other animals, that is. To people she was, well, the cat’s meow. She loved everyone, and (almost) everyone loved her. But if you were another cat, or a dog, or a raccoon, or a fox, or even a skunk, you were in for some trouble. Spaz took on almost everything. In her years, she lost only twice. One, sadly, to a skunk. (That was really troublesome, considering her affectionate nature.) The second time was to the neighbour’s Jack Russell terrier, a dog that most of the neighbourhood wanted to see as road pizza. Never put a mark on Spaz, but she didn’t go outside again for days.

Spaz’s health would decline in her later years, mostly due to asthma. In the end, I finally [[Putting down my beloved Siamese cat|had to put her down]]. Without question the hardest thing I’ve ever done in my life. A couple of things have come close since, but nothing else has quite had the same impact.

Cat #3 is Miao Yin, another domestic short hair. Miao Yin was another stray, picked up by my roommate Chris — a man allergic to cats. I might never fully understand Chris’ reasoning for getting a cat, but I certainly didn’t mind. Even if Miao Yin had a tendency to not always use the litter box or meow incessantly when she wanted to be fed. Sadly, it wasn’t the most melodic meow, either. But without question one of the most even-tempered animals I’ve ever known — never bit or scratched anyone. And she was a great lap warmer.

Miao Yin is still alive and kicking, despite a minor bout of diabetes, which she seems to have overcome. Miao Yin is now with Tamara, a successive roommate of mine. A change in my life required that I give Miao Yin away — allergies are a hard thing to overcome, and I didn’t want to cause too many problems. Luckily, Tamara had bonded quite well with Miao Yin, so she has done very well in her new home. I haven’t seen her in almost a year now, but I imagine she’s quite happy.

I had resigned myself to never having a cat again. Which is hard, because I love cats. They’re the perfect pets, in my view. Sure, some people believe their aloof and self-centred. (Obviously, they’ve never hung around with humans.) But I find them absolutely warm and personable. You just need to spend the time to get to know them, and for them to get to know you.

Take Asia, the newest addition. She’s also an ex-stray. She’s a tabby, or at least tabby-like colouring (with white feet, chin, and belly), about a year and a half old. A little under a month ago, she was just another anonymous cat in the SPCA’s system. Temporarily taking up residence in the Pet Cetera in southeast Calgary, she didn’t initially know what to make of this strange person with a beige corduroy jacket and black leather gloves. She was resistent, cautious, but at the same time strangely playful and very interesting.

"Allergies be damned", I heard — the cat had to come home. And so she did, the next night. She immediately hid behind the furnace. An hour later, she was on the main floor of the house, trying to get an idea of where on Earth she’d managed to end up. And who were these two strangers?

Petting her was inviting a bite and scratch. Asia had no idea what we were doing, and I suspect that whomever had owned Asia before us had mistreated her quite badly. Even a month later, approaching hands cause her to rear back a bit. A quick sniff seems to quell the issue and she’ll usually open up to a good chin or belly scratch. However, she still has her claws, and they’ve since grown back in (they had been heavily worn down, according to the SPCA’s records). They’re sharp, too. Little cuts abound in places, but Asia’s slowly learning that claws aren’t acceptable.

Especially on the furniture.

Allergies are still an issue however. The day after Asia arrived at home, colds struck. How’s that for pathetic irony, eh? It was almost impossible to tell what was cold and what was allergy. Asia didn’t seem to mind or care — she was still getting attention, food, and a warm place to stretch out. The colds subsided and left, a new filter inserted into the furnace, and an ionic cleaner in the bedroom seemed to improve matters as well. An old bedspring also helped keep Asia out of the bedroom ... at least until she learned how to jump on top of it. For now, a large crumpled sheet of aluminum foil seems to keep her at bay. (And before you ask, no, there is no door to the bedroom. Open concept is neat until you need to keep a cat under control.)

So now I have some fuzz therapy to help me out. When I’m feeling stressed out or blue, I go find Asia. Unless she’s having her daily freak out (I still do not understand why cats do that), she never seems to mind a good stroke or two. And her purr goes a long way to clearing the cloud of doubt.