Saturday, 18 June 2005
[This entry originally posted on How To Get Lost: The view in Osaka.]

Nothing like a little wandering around to make things interesting.

I’ve been to Osaka once before — a few hours last year, when Jen and I came here. Mostly to see the Aquarium, mind you, but we did see a few other things.

Our hotel has got a great view ... of the harbour. If that sort of thing interests you, then you’re in luck. The Hyatt is, otherwise, quite isolated. Thankfully, they have a free shuttlebus to the JR Osaka station. A little more convenient (although the route is anything but direct!) than trying to take all the trains.

Destination: Domtomburi (and surrounding area). This is the major outdoor market zone. It’s big, it’s busy, it’s loud (lots of pachinko parlours), and it’s very Japanese. (Which is good, because if it was, say, Angolan, that might be a little weird.) We even found the area where every sushi restaurant in the area seems to buy its equipment (including the plastic food featured in the windows). 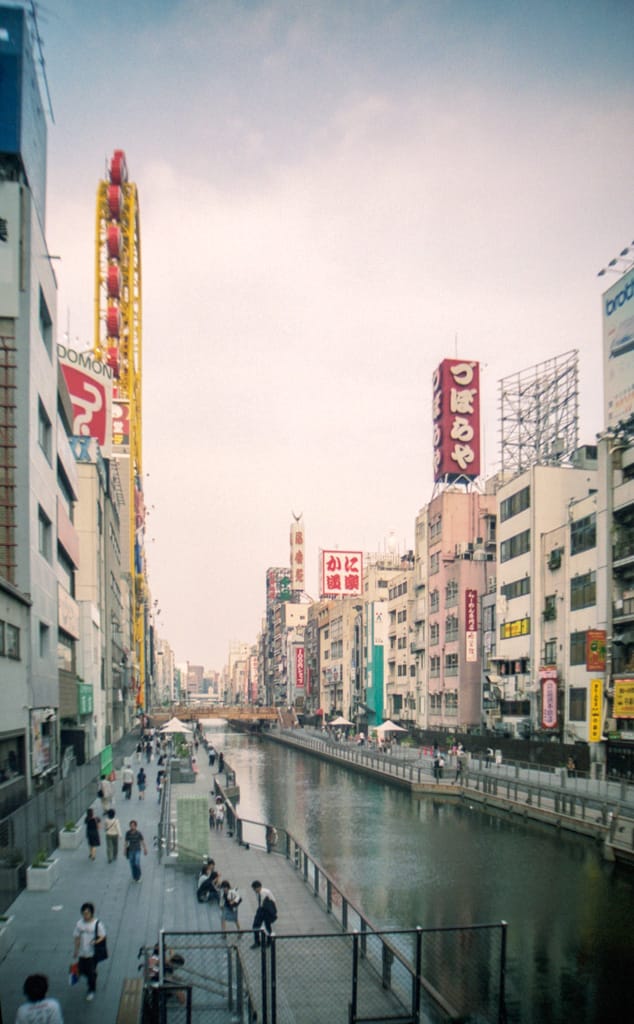 And after a great deal of effort (and patience on Amy’s part, because I was no doubt becoming quite annoying about this), we found some Osaka "zushi". This is sushi, but formed and cut into squares. It’s a different presentation, and I honestly expected it to be a bit more different than it ended up being. I won’t say I was disappointed, but I guess I had a higher expectation for it.