Monday, 06 June 2005
[This entry originally posted on How To Get Lost: Xi'an and the Terra Cotta Warriors.]

Amy and I have gone to some lengths to avoid doing the largely tourist thing: travelling in a tour group. Why? Because this is a trip we’ve both planned, and travelling with a group really wasn’t part of the plan. However, as we’d come to find out, getting to see the Terra Cotta warriors in Xian pretty much required a group.

In retrospect, this is all bunk. You don’t need one. It’s just cheaper. Theoretically.

So we were plucked from our hotel by a CITS (China Internal Tourist Service) bus that whisked us away to parts scheduled: the Big Wild Goose Pagoda, a Hot Springs (historical value), and the Warriors. One place unscheduled: a factory that makes souvenir terra cotta warriors. For tourists, of course.

Big Wild Goose Pagoda is only a part of the temple complex it sits in the middle of. But it is impressive, at 62 (or 64, depending on who’s right) metres tall. You get quite a good look from way up there. The rest of the grounds are quite nice too, even though it is quite a hike from the walled part of Xian. 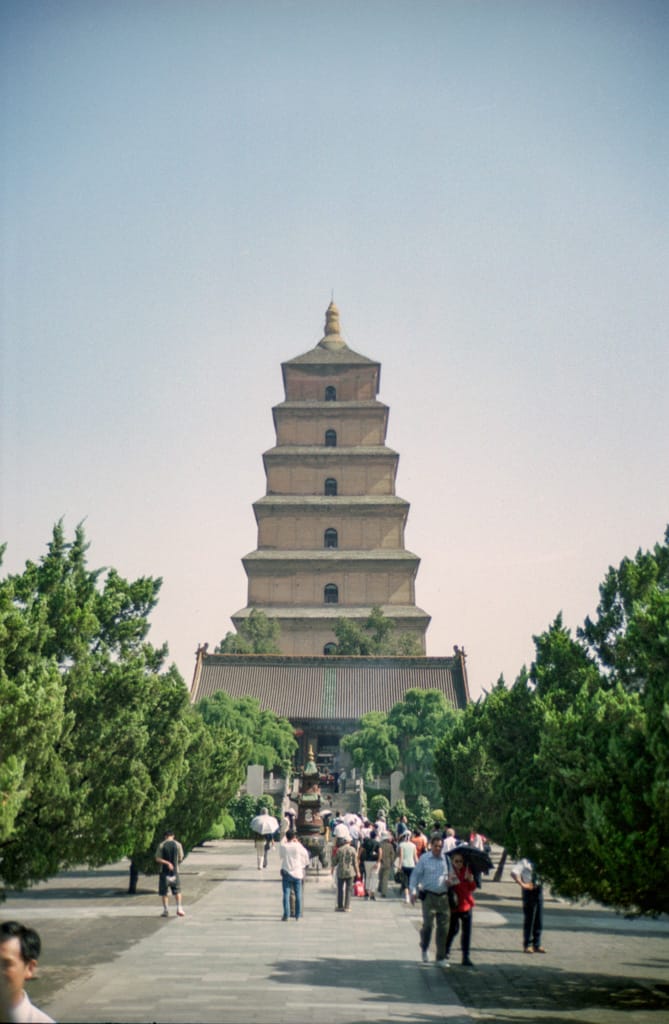 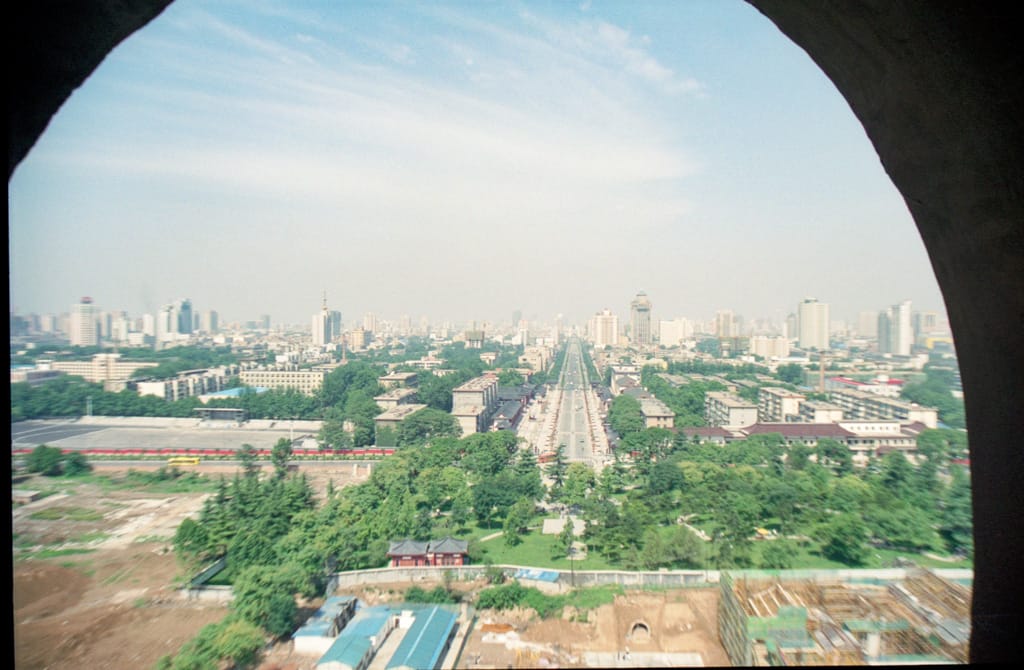 Having seen the temple (and pagoda), and been delivered the official China Communist Party Line on the state of buddhism in the country, we offed to the eastern edge of town and the terra cotta factory. Pretty typical for what one would expect for a tourist factory making terra cotta warriors. And a steal at 40% off the marked price because we were tourists! [Insert sarcasm here. As if the prices weren’t already suitably marked up to begin with.]

The Hot Springs (forget the name, but they sit at the foot of Li Shan mountain) were nice, especially for the historical aspect (the Emperors of China built their winter palaces here), and the gardens were pretty. We stayed not very long.

I was waiting for the Terra Cotta Warriors. Ever since I’d first read about them, I’d wanted to see them. Imagine how one person, thousands of years ago, had commanded that he be buried with thousands of individual terra cotta statues of people, to command in the afterlife! The were lost to antiquity after revolts supposedly destroyed everything (so we were told), but a farmer found them when digging a well. Today, there is quite the complex there to preserve the sites and continue the archeological dig.

Walking into the Pit 1 building (the names of the three sites are very original, I’ll leave the remaining two buildings to your imagination) was something else. Two football fields (pick your variation), easily. It’s hard to imagine how something like this was built. But it was. And the fact that it was found was also amazing. This is something to be left intact — it’s probably a good thing the warriors weren’t discovered until well after the so-called Cultural Revolution. 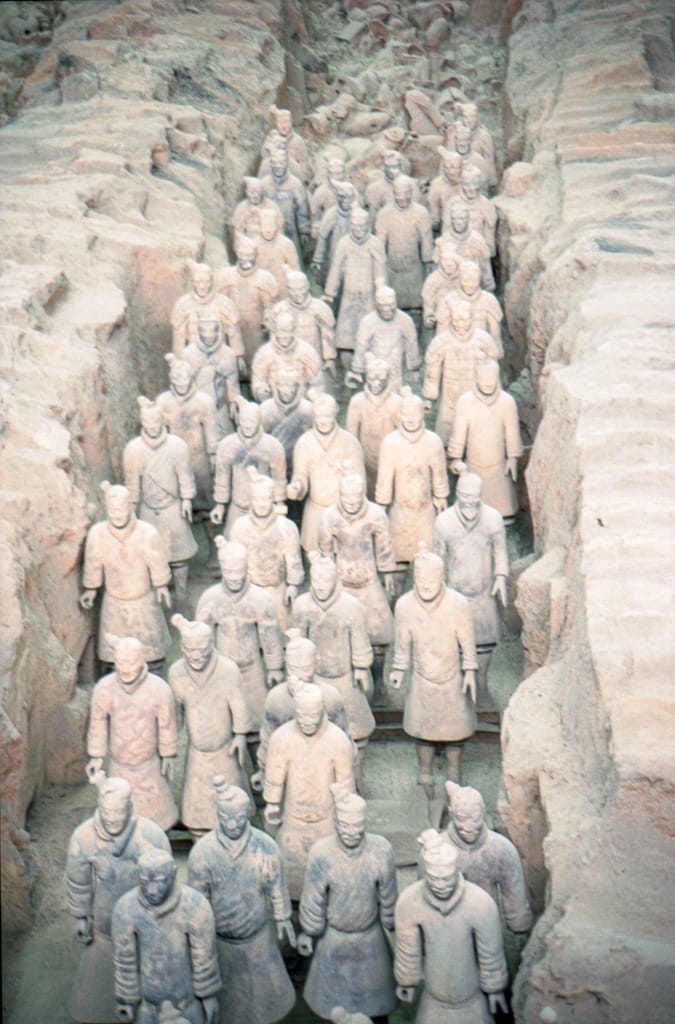