Saturday, 04 June 2005
[This entry originally posted on How To Get Lost: We've been Shanghai'd.]

So we found out today at lunch that our hotel is on what was farmland barely a decade ago. The Pudong area of Shanghai was nothing but agriculture until China opened up a scant time ago, and BOOM — a city appeared. Most of it here is new and fresh. It’s modern on a scale that’s hard to imagine.

Yesterday, we arrived to a wall of heat and humidity. Amy was sure I was going to kill her for making me come here — I hadn’t originally wanted to go to Shanghai. For the record, I’m very happy she convinced me to do so. It’s amazing here. During the day, it’s okay. When Shanghai really shines is at night. 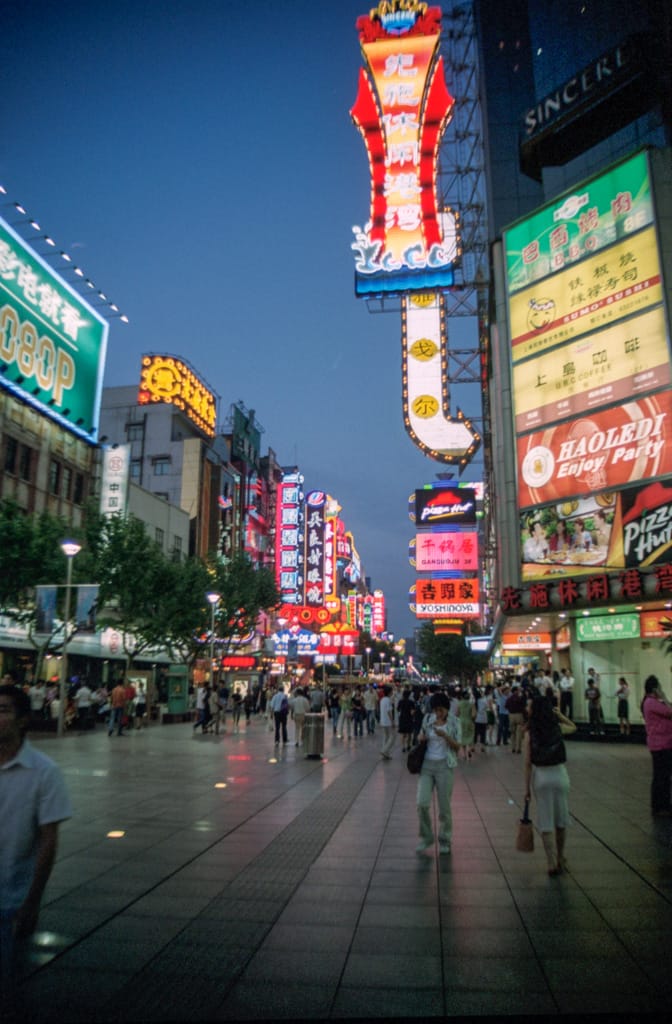 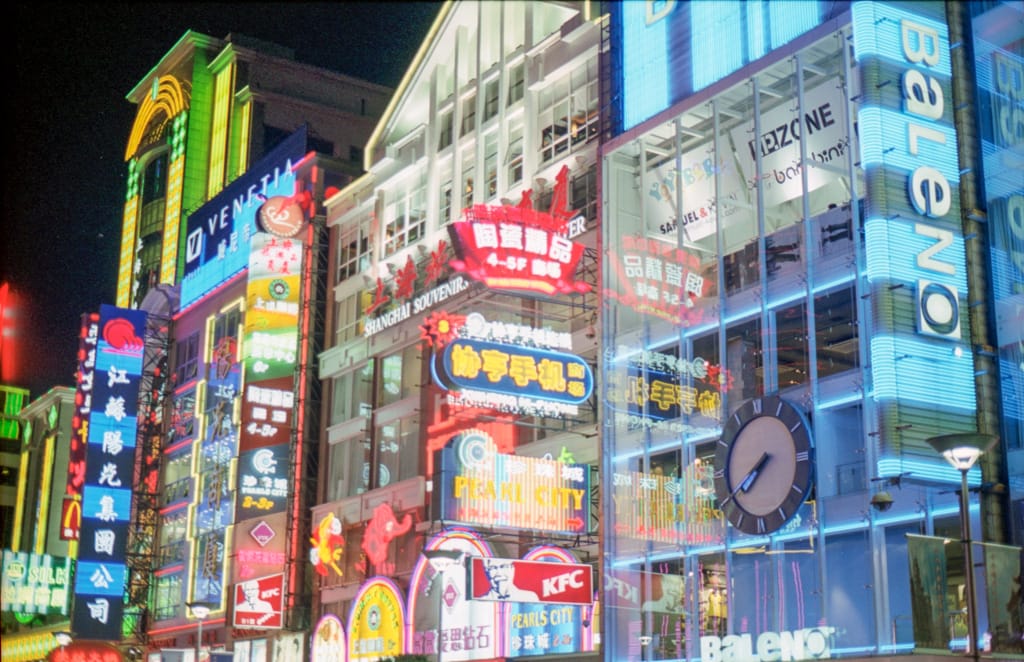 Because this is such a modern city, it’s all about the lights. Nanjing St., a major pedestrian mall, is covered in lights — you could read a book quite easily in the glow. It’s packed with people doing all manner of things. It’s a very neat atmosphere. Down by the Pudong River, you come across some of the older buildings that made Shanghai popular with French, English, Dutch, Portugese, and Spanish traders at the turn of the previous century. Today, they’re high-class hotels, restaurants, and shops.

Across the river is the massive Shanghai Tower. Amy and I are still trying to understand why the guide books call it "uninspiring". It’s really quite funky. Though it’s not as tall as the building that houses the Grand Hyatt hotel. To cross the river, you can either take a boat, or take the Tourist Tunnel — a short tram line under the river bottom that comes complete with a sound and light show. It’s cheesy, but fun. 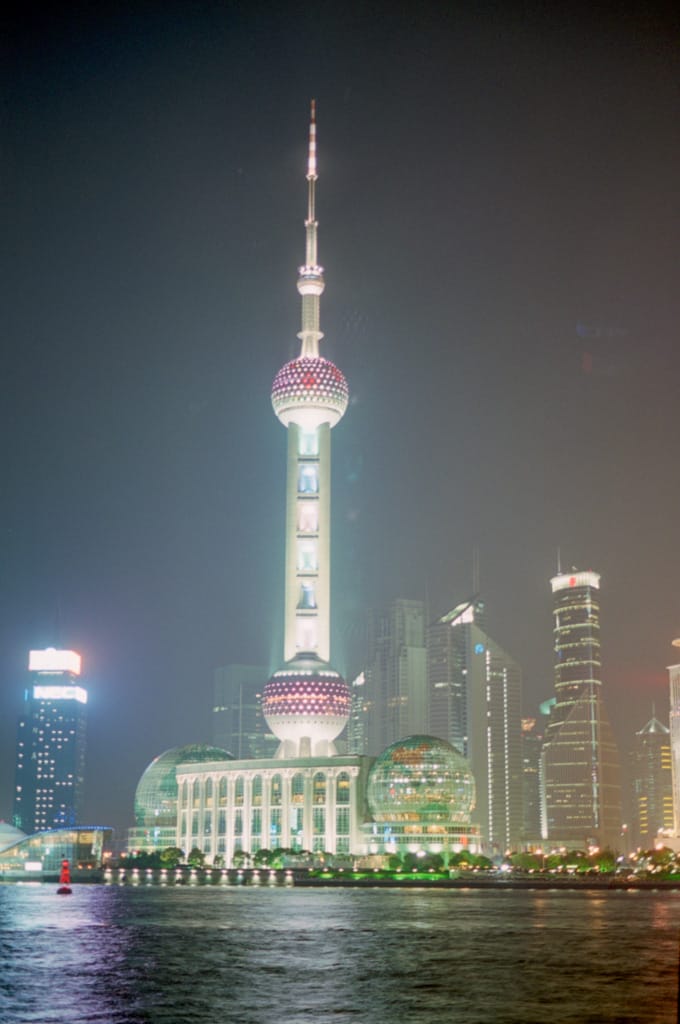 I have to admit that I wish we’d had another day here in Shanghai, but we’re off for Xian in a little over an hour, and it’s time to hustle. 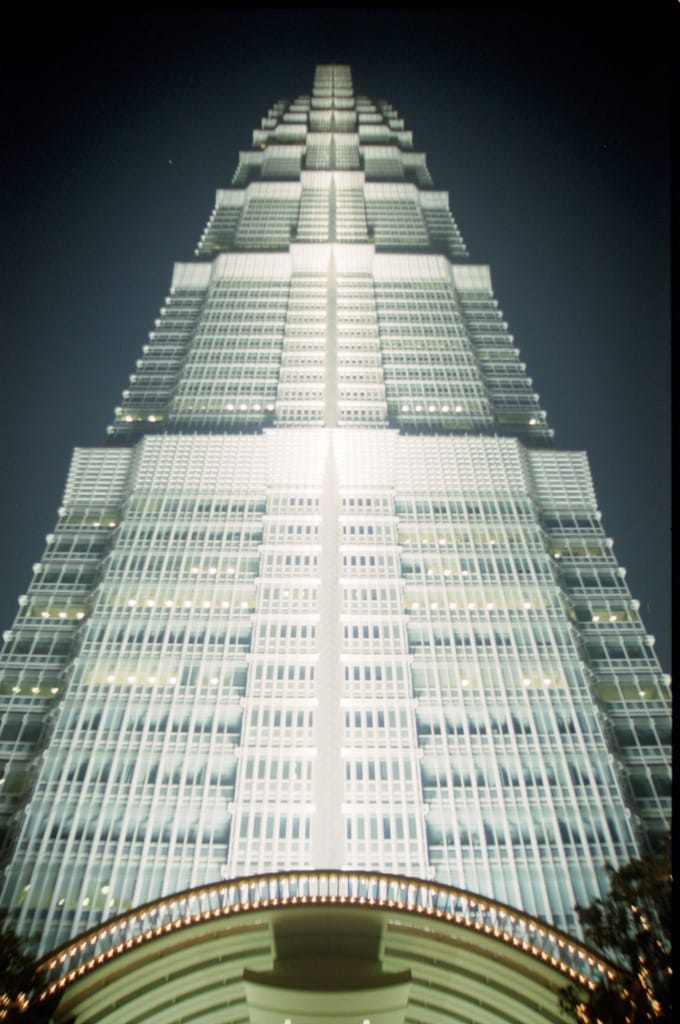