Sunday, 29 May 2005
[This entry originally posted on How To Get Lost: Searching for the Tianjin Antique Market.]

Lonely Planet recommends going to Tianjin, especially to see the antique market there. It is said that a lot of the materials there were confiscated during the Cultural Revolution, and are now being sold to the dealers, who in turn sell it at the market. Theoretically, neat stuff, right?

This brought Amy and I to hop on the first Beijing – Tianjen express train this morning. A jaunty 90-minute trip on a fairly zippy (and comfy) train that deposited us at a rather chaotic train station. We walked from there roughly south-west ("roughly" because the street grid is slightly skewed, and got us turned around more than once) when we stumbled across a rather large and bustling pedestrian mall.

As Amy so aptly put it, this distracted us a while. 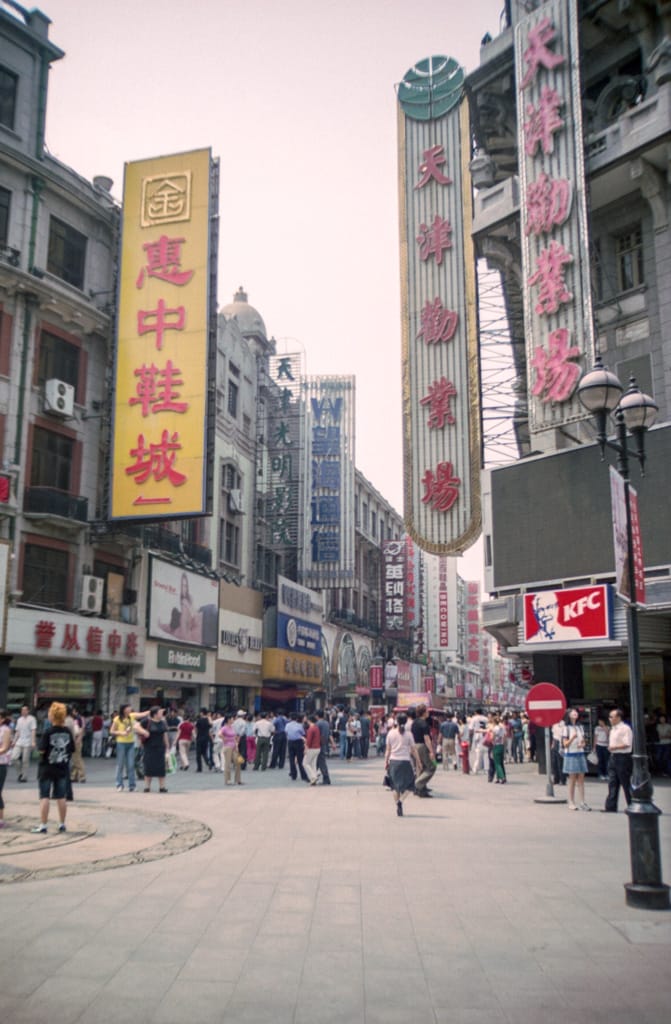 Also as Amy so aptly put it, the heat and humidity took their toll. On me, it’s my right hip. It’s been bugging me for a few years, but only when it’s hot and humid — it rather is an issue in Calgary. It was almost throbbing last night; today it was just a nuisance. Enough to make me want to sit down for a little while, at any rate. This led us to the RBT restaurant in one of the large malls along the road. We went there on our first night in Beijing for a bite to eat. The food is great, the drinks are amazing (a kumquat and honey smoothie, which I sadly did not have), and the view was pretty neat, too.

Amy’s feet, however, put her out of commission, so she encouraged me to continue the search for the antiques market. Given the state of road signs in Tianjin (which is mostly non-existent along the pedestrian streets), it wasn’t the easiest find. But sure enough, right where #7 lies on the Lonely Planet Map B of Tianjin, there was the market.

Not exactly a let-down, but let’s just say that my expectations were a tad higher.

There are essentially two streets that intersect. Fairly quiet, with stores along one road, some along on the other mixed in with blankets on the side of the road. There were a few Mao bits of memorabilia, but if this stuff was antique, I’ve got a nice acre patch of land in downtown Toronto for sale... There were some nice-looking lamps, some old records (nothing you’d find interesting, Schill), more "jade" than you could use to tile your house, an so forth. A few stalls had some legit stuff, pocket watches for example, but the pickings were slim.

If you’re going to China, and you have your heart set on hitting the antiques market, think hard about it. Tianjin is a nice little city, but if you’re going out of the way just for the market, you might be disappointed.

As we’d had a 14:00 regroup time at the Starbucks, I went searching around for other things in the area. I found a little park, a nice little shopping arcade, an outdoor cafeteria so full of wood smoke (from the meat skewers) it was actually hard to see, and countless little alleyways. Amy was resting with her mango drink. I acquired a vanilla frappuccino (not sure if that’s spelled right, but I ain’t gonna check). It was too hot to even think. 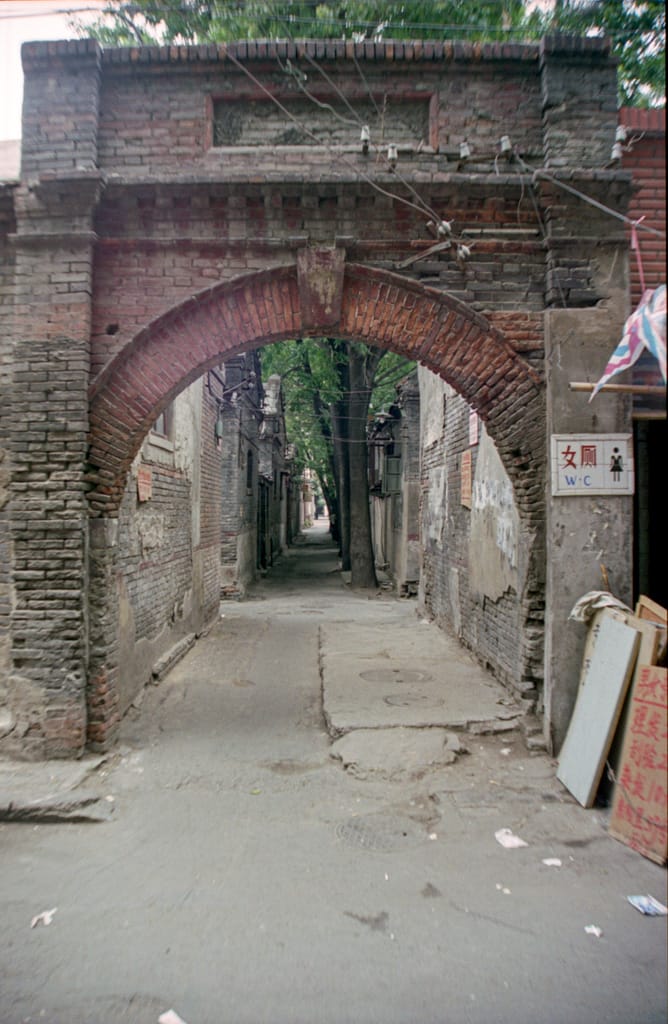 I have to wholly agree with Amy — the dumplings were great, the beer was below sub-standard (sorry Greg, but Bud sucks), and the girl making the dumplings was a blur. It was like watching kung fu movies where the action is sped up.

We’re relaxing tonight. Hopefully, Amy’s feet can handle the Wall tomorrow. We’d made arrangements with Noah and Justin, and I’d hate to put them out. Our plans can change — theirs can’t. We shall see...