I woke up at the Datong station. I’d slept about seven hours, but decided that I wasn’t going to miss crossing this part of China. I was in a new country, and be darned if I’m not going to witness this!

I could’ve slept longer — it was pretty dull until we got close to the mountains near Beijing. These are natural barriers over which a somewhat fairly redundant Great Wall was erected. As of yet, Chinese engineers haven’t made a massive tunnel to speed trains through to the capital. To get there, you need a second engine for the operation. The grade runs to about 4% in a few places, but that’s not the whole reason. The train actually has to reverse direction like a switchback to make it down the mountain. I’m not entirely sure why. The second engine then becomes the lead all the way to Beijing. 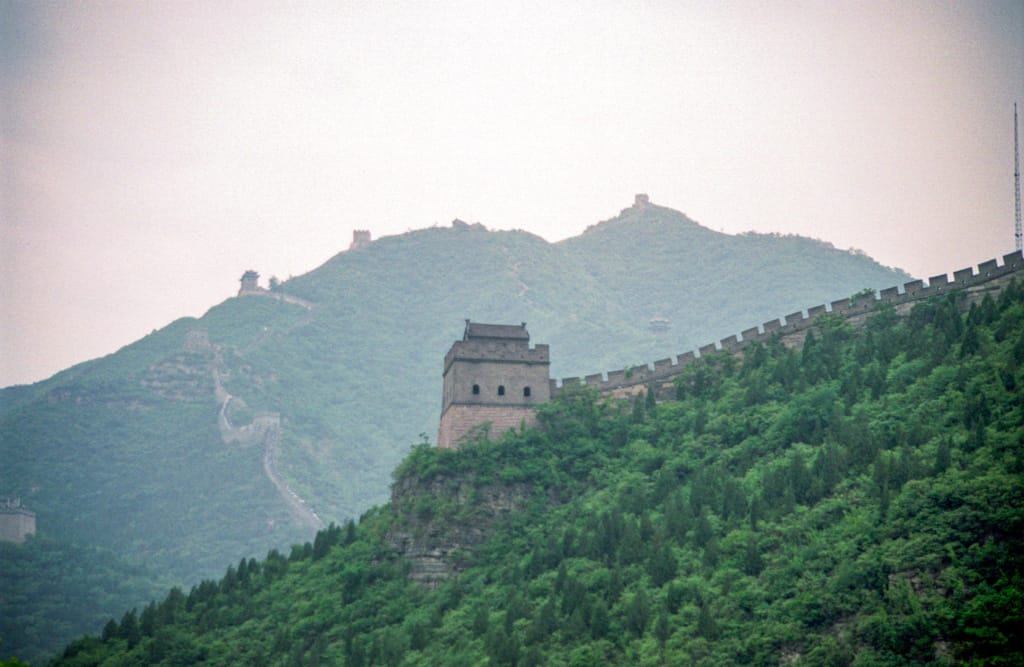 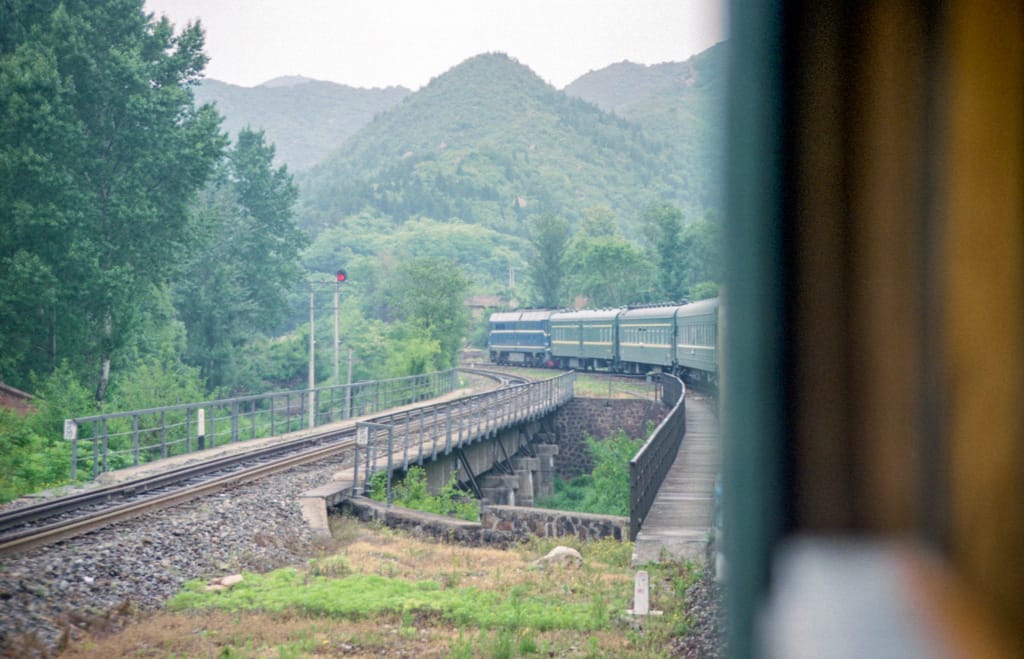 Finding our hotel usually ends up being a bit of a misadventure. Except in Moscow (where it was hard to miss) and Ulaan Baatar (where we were picked up), we’ve always had some difficulty finding where we were staying. Sometimes signs aren’t visible or the map isn’t clear. In this case, a whole new language, an unclear map, and no signs pretty much conspired to lead us to a nearby Novotel where the French concierge was kind enough to give us specific directions.

The area is nice — we’re even near a rather large mall. We partook of an early dinner of noodles (and beer), which ran about Y80, or about CDN$14. I think it was a bit pricey, but Amy contends it was suitable. Having some time, we scooted over to Tiananmen Square to check it out in the setting sun.

We hadn’t even gotten out of the subway when we bumped into the two folks we talked with at length during our 10 hour crossing of the Russia – Mongolia border (the girl and I recognized each other in passing; she has a distinctive nose ring). Apparently, we were on the same train, but hadn’t crossed paths this time. (Instead, we ran into two guys from University of Western Ontario’s Ivy Business School, who’d been teaching for three months in Irkutsk.)

Until now, we’ve been afforded the luxury of being the foreign tourist to completely ignore. Not here. My Canadian shirt (there’s a maple leaf emblazoned on my left shoulder) attracts a lot of attention. Within moments of trying to take a picture of one of the massive gates (huge buildings, not at all like the one in your chain like fence), a young Chinese couple came up and asked if I was Canadian. He was an English teacher, and wanted to talk to someone who spoke English, I guess. They were wonderful people, even giving us directions to an excellent dumpling restaurant that Amy and I will likely track down tomorrow. (They also told us to avoid the Peking Duck restaurant on our map; it’s well-known, but a poor value.) 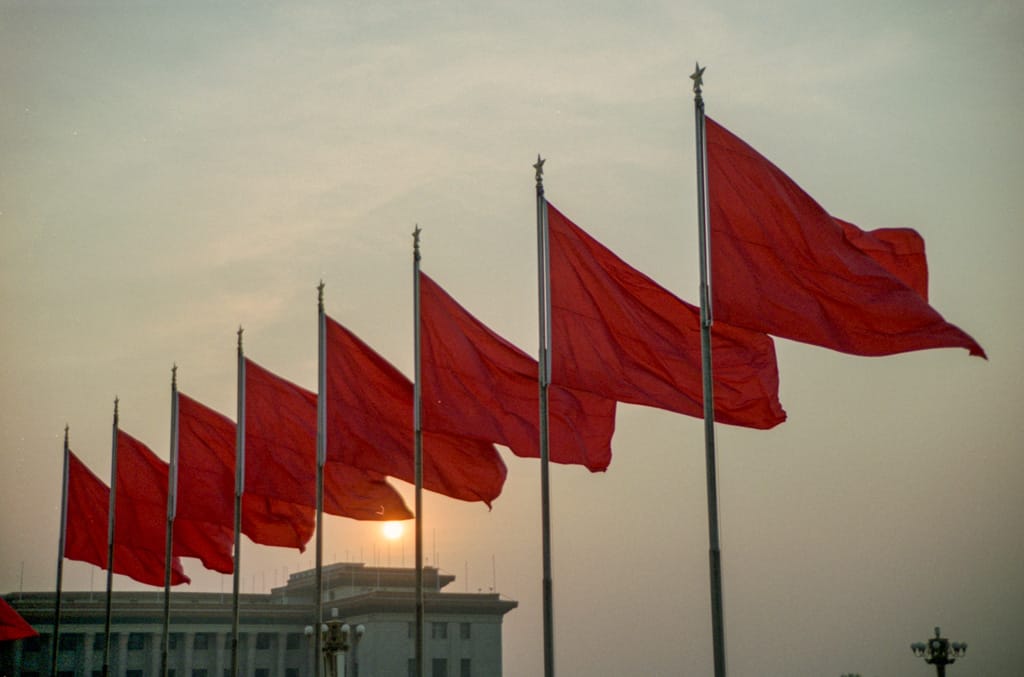 Later, as we tried to watch the daily flag lowering, a young girl asked Amy and I to pose for a photo with her and a friend. Why do I suddenly feel like Brad Pitt?? About 30 minutes after that, as Amy and I tried to walk back to the subway, another couple asked if we were Europeans (we corrected them) and got into a conversation on how to get to Europe from China by train, and information about the buildings at Tiananmen Square.

We’re here. We’re tired, but we’re here. Now we just need to figure out what to do next.