Friday, 27 May 2005
[This entry originally posted on How To Get Lost: Crossing the Mongolia - China border by train.]

Attention Lonely Planet! You might want to update your information for the next run of your Trans Siberian Railway book, ‘cuz a few things have changed.

According to Lonely Planet, the crossing from Mongolia to China takes about seven hours, during which time you can get off, change money, eat at the restaurant, and so on. However, they seem to be only covering the case that you’re crossing the border during the day. If you take train #24 from Ulaan Baatar to Beijing, things are a little different...

So you’ve survived the journey across the Gobi desert. It’s desolate. It’s not exactly the most interesting thing to see. Even three days of birch trees was better. You arrive at Zamin Uud, the border city in Mongolia. You’re about two hours late due to various delays along the line getting there. (Unlike Russia, Mongolia has only a single track through most of its area, and exceedingly few sidings with which to stagger train movements.) Due to late arrival, the exit process runs a bit quicker than the book suggests. 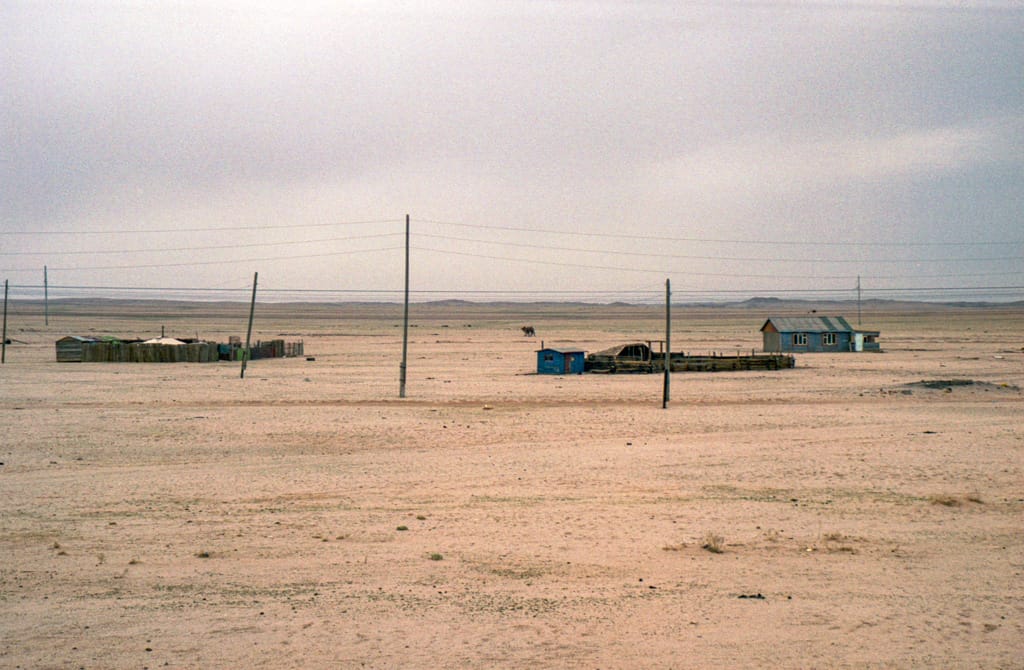 Although there is still the mandatory banging around of cars as the train is arranged for shuttling to Erlian, the Chinese border city. By the time you finally cross the invisible line, it’s dark. You can’t even see it. Arriving in Erlian, things happen pretty quickly, again. You’re still a bit behind schedule, but the shortened process in Mongolia has made up for a large portion of that time. The immigration officers come in, do their thing (one form in triplicate, two others are one-offs), and you’re tickety-boo.

One problem remains (here’s where the train stuff comes in): the train you’re on can’t run in China. Russia, for some odd reason, has a wider track gauge than pretty much everyone else (not counting narrow-gauge railways, that is) — including China. However, someone planned for this, and the process to adapt the train is fairly simple, if esoteric.

Instead of letting everyone off the train (which is what is supposed to happen — note to Lonely Planet), the entire train is backed up to a large building about a half kilometre from the station house. The building is itself about 400 metres long and at least 10 metres high (there’s a large overhead crane in there, though it wasn’t in use). The cars are divided and set next to tough-looking yellow devices firmly implanted in the thick concrete floor, four per car, one at each corner (about a metre in, actually).

The car bodies are then jacked up off of the bogies that connect them to the track. (If you’re not sure what a bogie is, look at a rail car — the bogie is the part with the wheels and the bracket that holds them in place.) The wide bogies are then pushed out in favour of narrower ones. The car bodies are then lowered back down, and you’re good to go. The process took about an hour and a half, all told, for the 10 or so cars that had to go through the process. 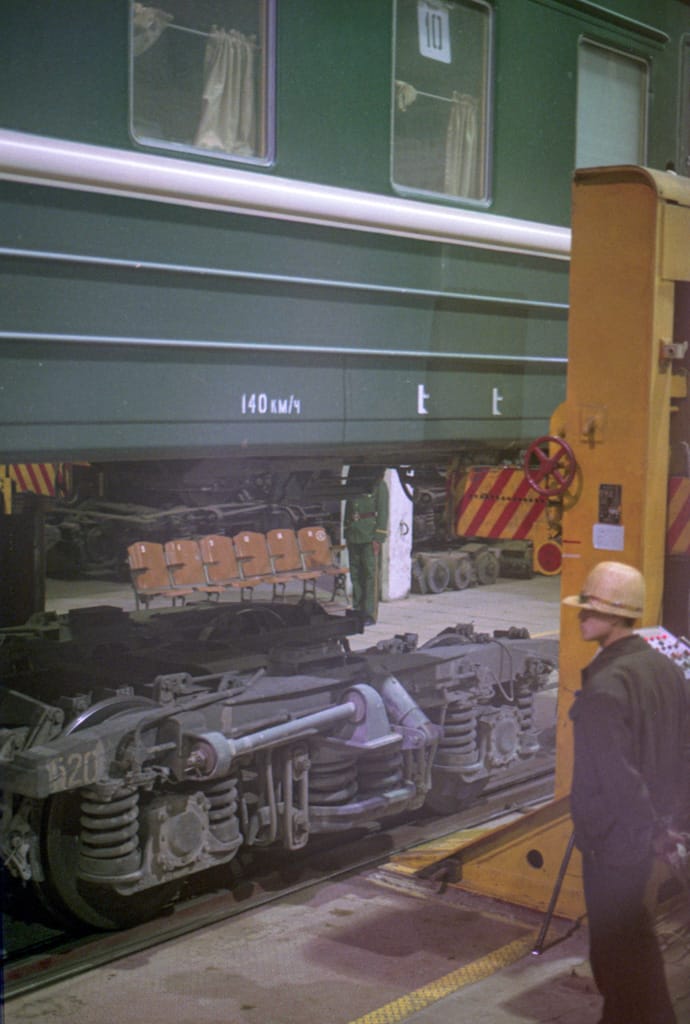 According to Lonely Planet, you’re supposed to be allowed to get off and watch. We had to setting to view through dirty windows. Only when the train was reformed and brought back to the station were people finally let off — 100 yard dashers don’t run that fast.

Without question the coolest thing, albeit weirdest thing, I’ve seen done to trains yet.